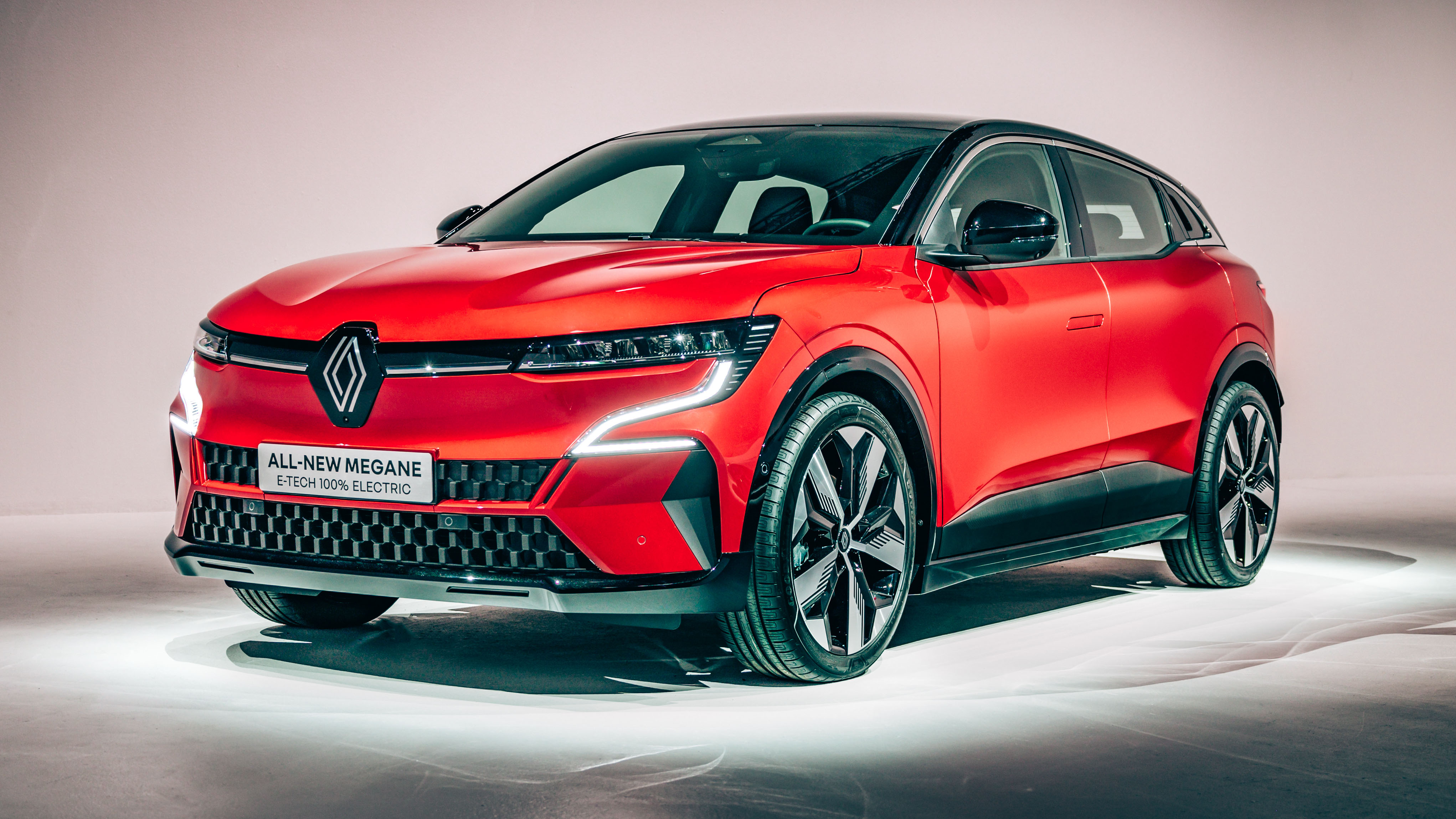 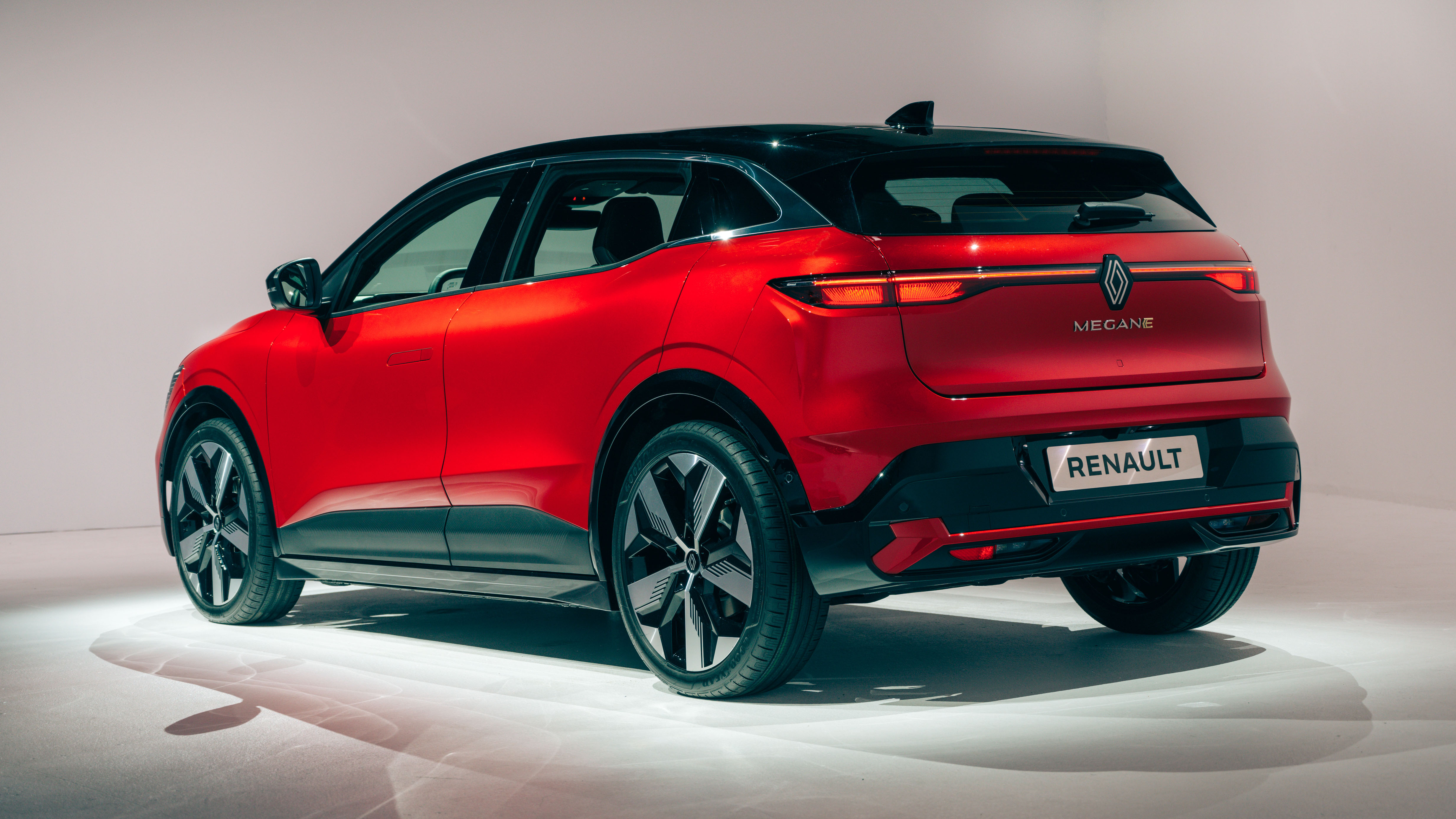 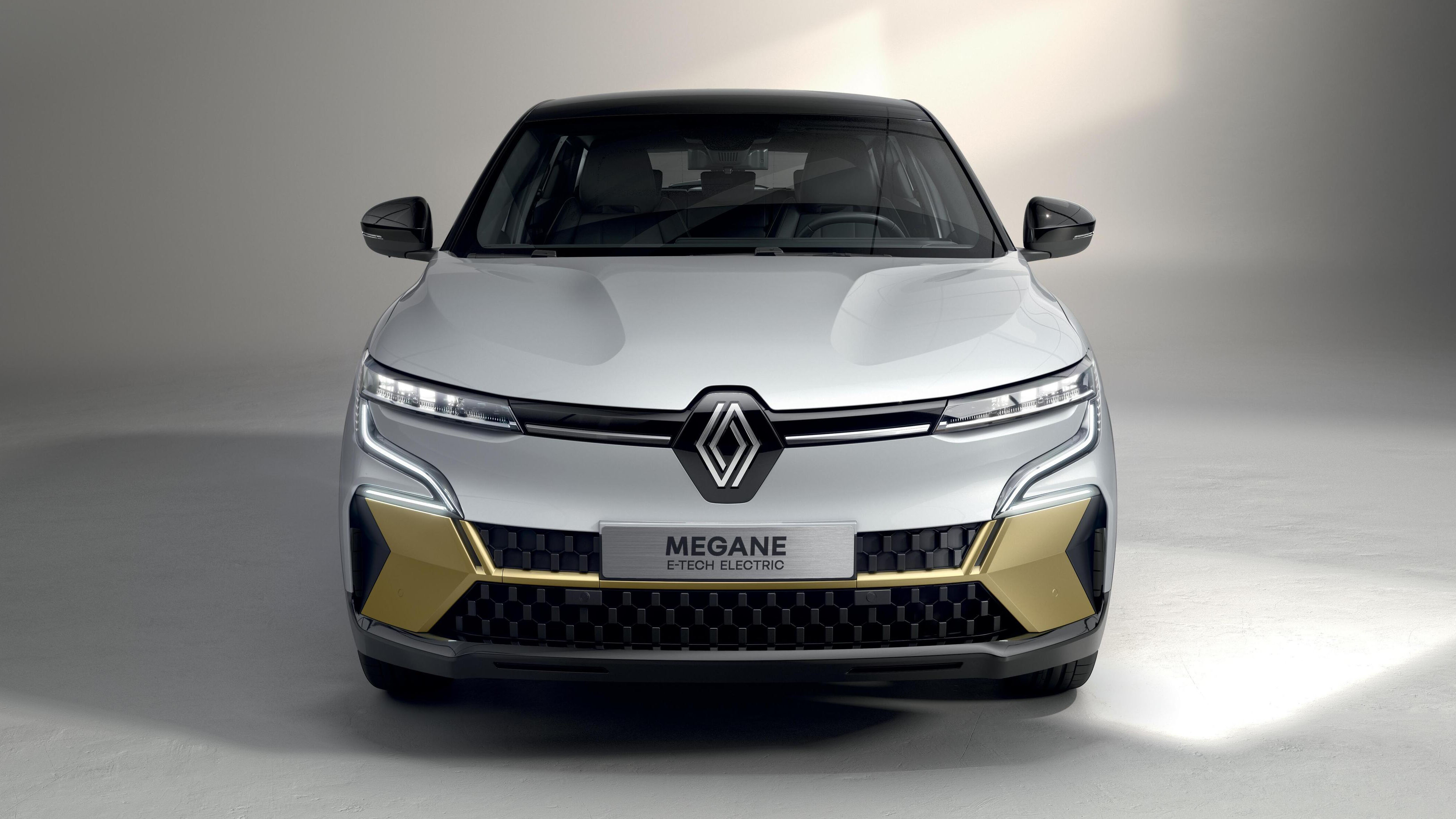 Here's the new Renault Megane. The kicker: it's all electric.

While VW kept kept the name Golf for piston cars and added the ID.3 electric car, Renault has decided to stick its mainstream badge onto the battery car. It's a critical symbolic step.

The Megane is an all-new platform. It'll be shared only with electric cars, including the Ariya crossover from partner Nissan. In about the same overall size as the existing Megane hatch, it finds more space because of a longer wheelbase.

The battery is just 110mm thick, so it's more of a hatch than a crossover. You don't sit any higher than in the petrol Megane.

Renault's experience says that many people end up never rapid-charging their cars, but do it on 7kW AC overnight. So a base model Megane will come with no DC input. But in Britain most will be DC-capable, and it can take 130kW, adding 190 miles WLTP range (call it 150 motorway miles) in half an hour.

As with the Porsche Taycan, the Megane can cool its battery just before a recharge stop, so it'll take more current without throttling the charge speed due to overheating.

It ought to be a decent drive. The engineers mention the quick steering – a ratio of 12:1 is pretty sharp. There's also new multi-link rear suspension. The centre of gravity is 90mm lower than in the Megane petrol. It's also about 100kg lighter overall than a comparable VW ID.3.

Wheels are 18 inch on the base, up to 20 inch on most versions, although tyres are narrow to cut drag and resistance. The door handles lie flush until you need them.

The cabin leverages the usual flat-floored EV advantage, giving plenty of space for people and stuff. Screens are 1920x720 pixels for the driver's panel and 1250x1562px for the touchscreen. That's more real-estate than an ID.3, Model 3 or Mustang. So you have space for energy info, navigation and entertainment, rather than having to choose between. The processors run seven times faster than the existing Renault system. But then, that was pretty laggy.

And, to the immense relief of Top Gear's road testers, there are rows of actual hardware switches for climate control and other functions.

It features all the driver-assist you can mention – remember, Renault has long been a cheerleader of autonomous drive.

The engineers claim that the Megane's range and efficiency won't suffer too much in cold weather. A unified heat pump system reclaims heat from the ambient air and battery, and there's oil-cooling for the motor and transmission. All of this can be used to warm the cabin at little energy cost.

EVs get a lot of stick for resource use. The Megane's motors are electrically excited, meaning they have no magnets and use no rare-earth metals. They're also more efficient than induction motors at high speed. The battery is low in cobalt. Also, the low-cobalt, high-nickel cathodes mean a pack that's better in low temperatures than the norm, as well as longer-lasting, so they claim.

These help the sustainability story. Renault is also well down the path with its battery re-use and recycling plant. Oh and each Megane uses 27kg of recycled plastic.