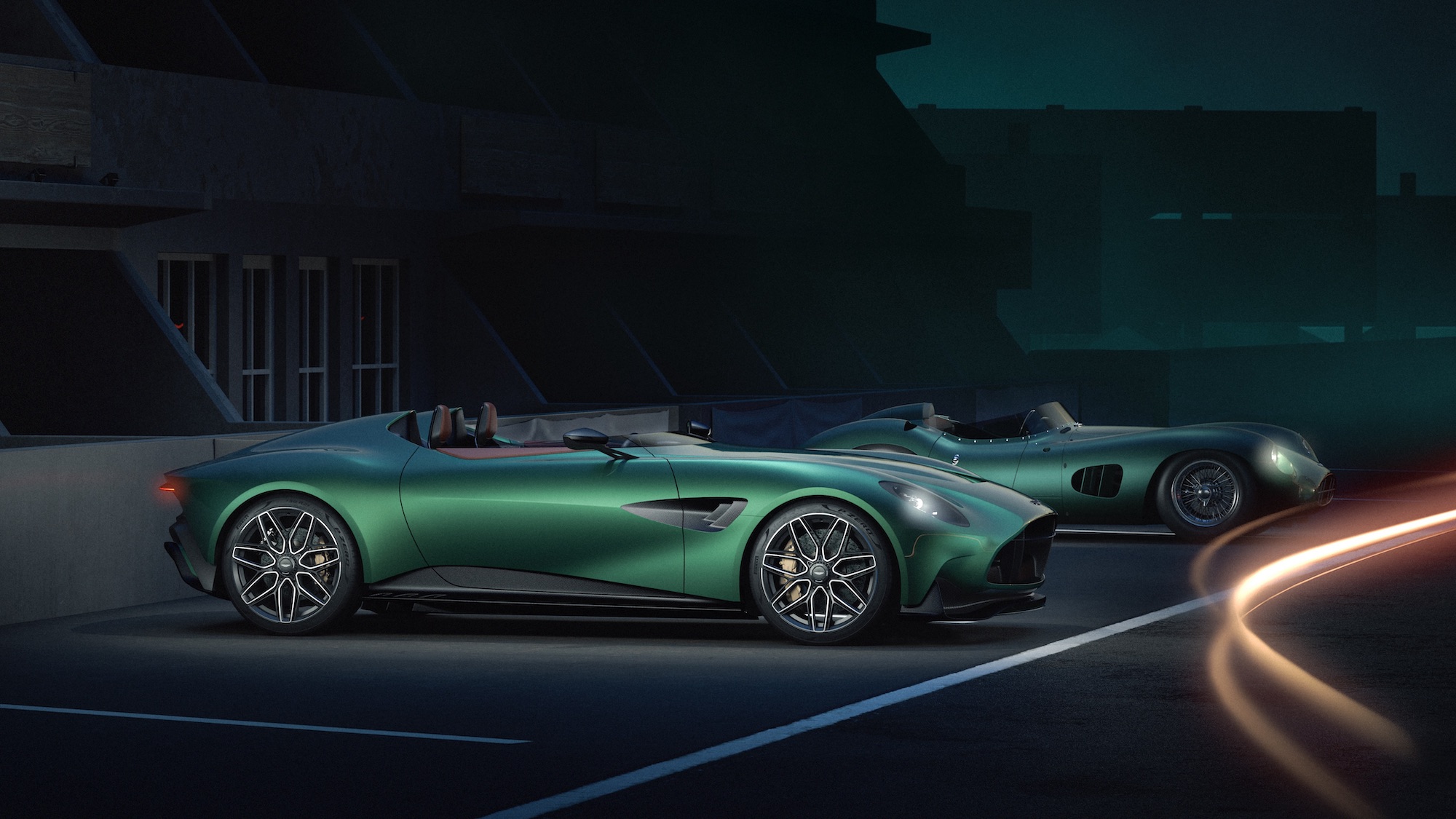 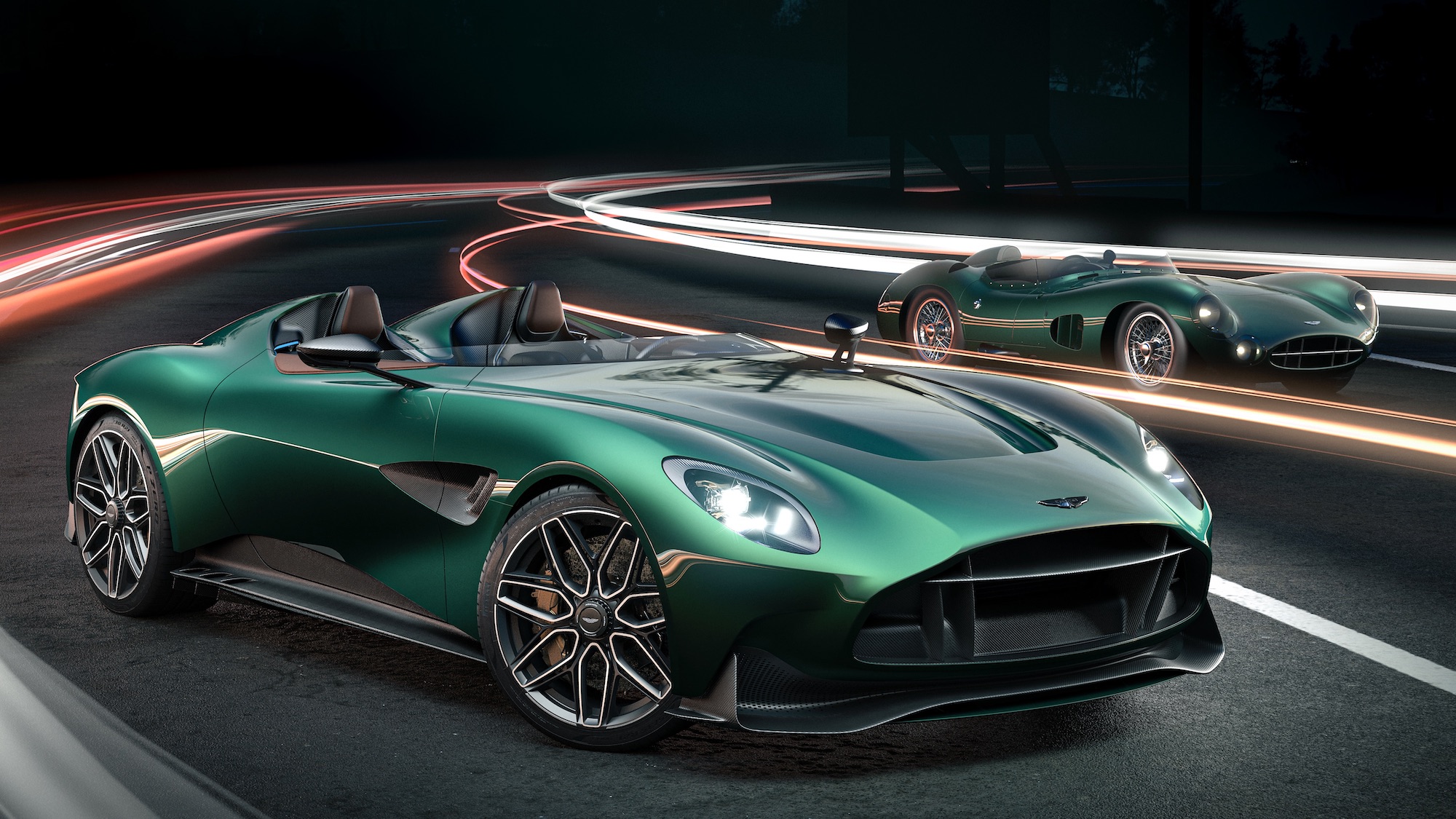 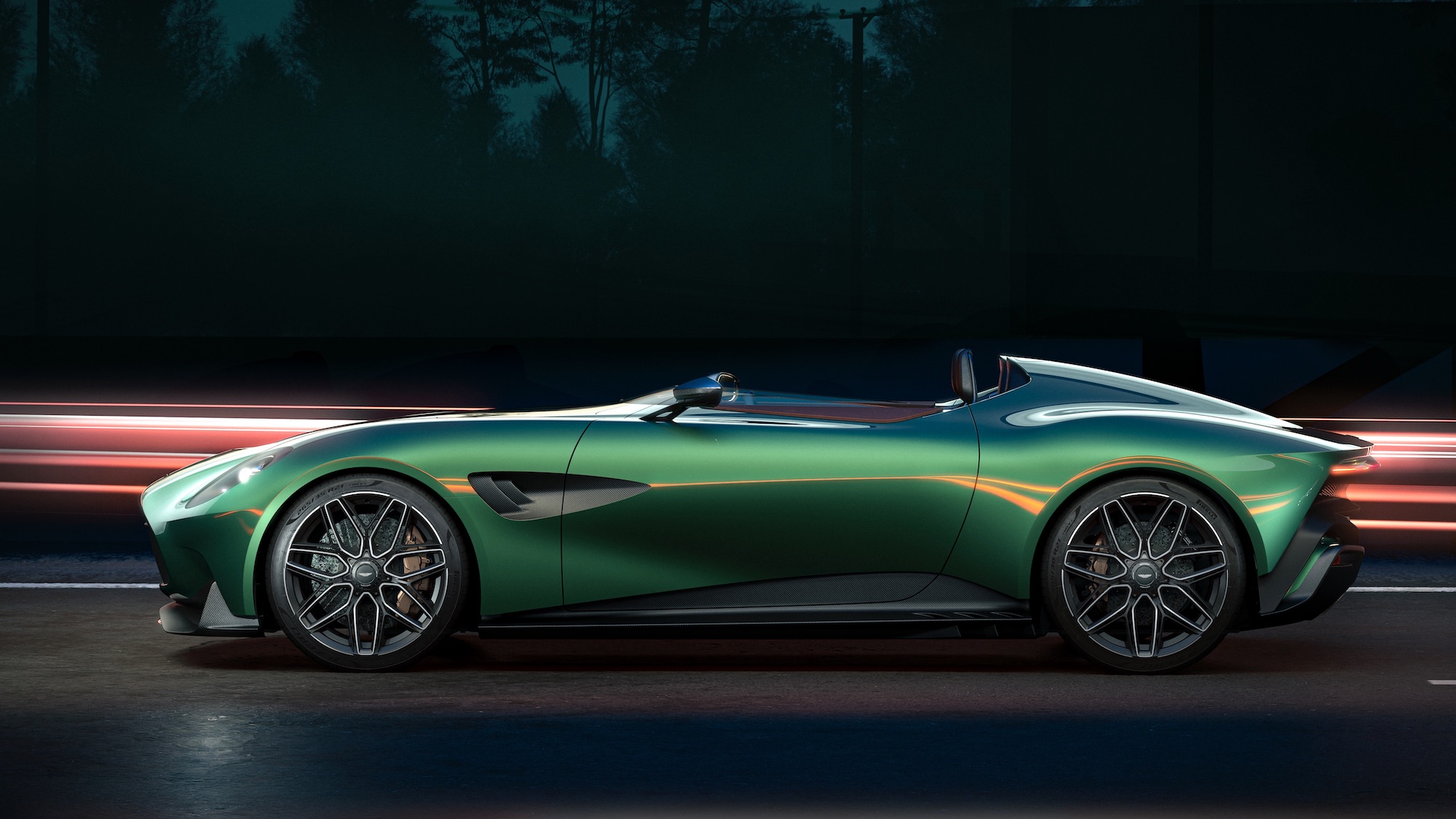 This is the Aston Martin DBR22, and it’s a concept car made to celebrate 10 years of Q. No, not that Q; it’s only been five years of that nonsense, even if it does feel twice as long. And not the James Bond ‘exploding toothpaste’ department, either, although you’d have to say there’s perhaps a little cross-pollination going on there.

Now we did say concept, which is what Aston calls the DBR22, but almost immediately goes on to say that it’ll be a “production reality for select Q by Aston Martin customers”. Which is why you’ll find concrete figures: 705bhp and 555lb ft from Aston’s 5.2-litre, twin-turbo V12. And it’s why you – or at least the kind who attend Monterey Car Week – will be able to see road-going DBR22s in the near future.

In case you’re not familiar with Q department’s handiwork over the past decade, it does include quite a bit you will remember: the thuggishly tremendous Victor, the warp-speed Vulcan and last-blaze-of-glory Vantage V600. If that’s a litmus test of Q’s talents, we’d say the DBR22 will be quite a thing to drive, and to gaze upon.

As these photos so ably demonstrate, the DBR22 cribs pretty significantly from Aston’s Le Mans-winning DBR1 (which also won the World Sports Car championship in the same year, donchaknow), with a “minimal number of body panels to create a more sculpted, muscular presence”. An odd thing to mention, you might think, but look again at the DBR22 in profile, look at how few panels there are and how complex each one is. 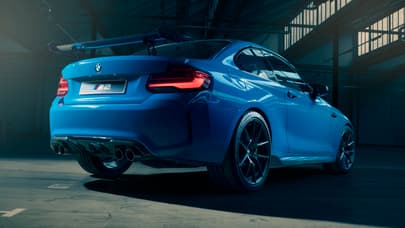 BMW M built a one-off secret M2 CSL, and this is it

And Q branch (see, now they’ve got us doing it) has taken the opportunity to show off a few of Aston’s buzz-wordiest production techniques, such as aluminium 3D-printing and carbon-fibre bodywork. The DBR22’s rear subframe comprises multiple 3D-printed aluminium pieces, bonded (rather than riveted or welded) for a “significant weight saving and no reduction in stiffness”. Which sounds a lot like an ad we once saw on the internet.

That DBR1-style grille is carbon fibre, in case you were wondering, and Aston claims the custom centre-lock wheels are both 21 inches in diameter and “lightweight”, which does rather invite some kind of modifier like ‘comparatively’ or ‘for something the size of a tank hatch’.

In any case, 705bhp still means launching to sixty from a standstill is a rather brisk affair – just 3.4 seconds, apparently. ‘Brisk’ is also how we’d describe motoring along at the DBR22’s 198mph top speed – if every word we said wasn’t whisked away by the wind or drowned out by the V12. An observation, not a complaint.

Now for some bad news. Wail, gnash your teeth or shrug your shoulders at the standard-fit automatic gearbox; Aston says the eight-speeder employs “torque-shaping to give the DBR22 a manner and delivery unlike any other model", but we also get the feeling that unleashing the full 555lb ft at lower speeds and revs would do a bang-up job of ruining many expensive gearbox bits.

We’d also point out that we are talking about the Q department, which is riding high after a decade of bona fide hits and quite literally exists to fulfil customer whims. So if anyone were in the position to sort out a manual gearbox...