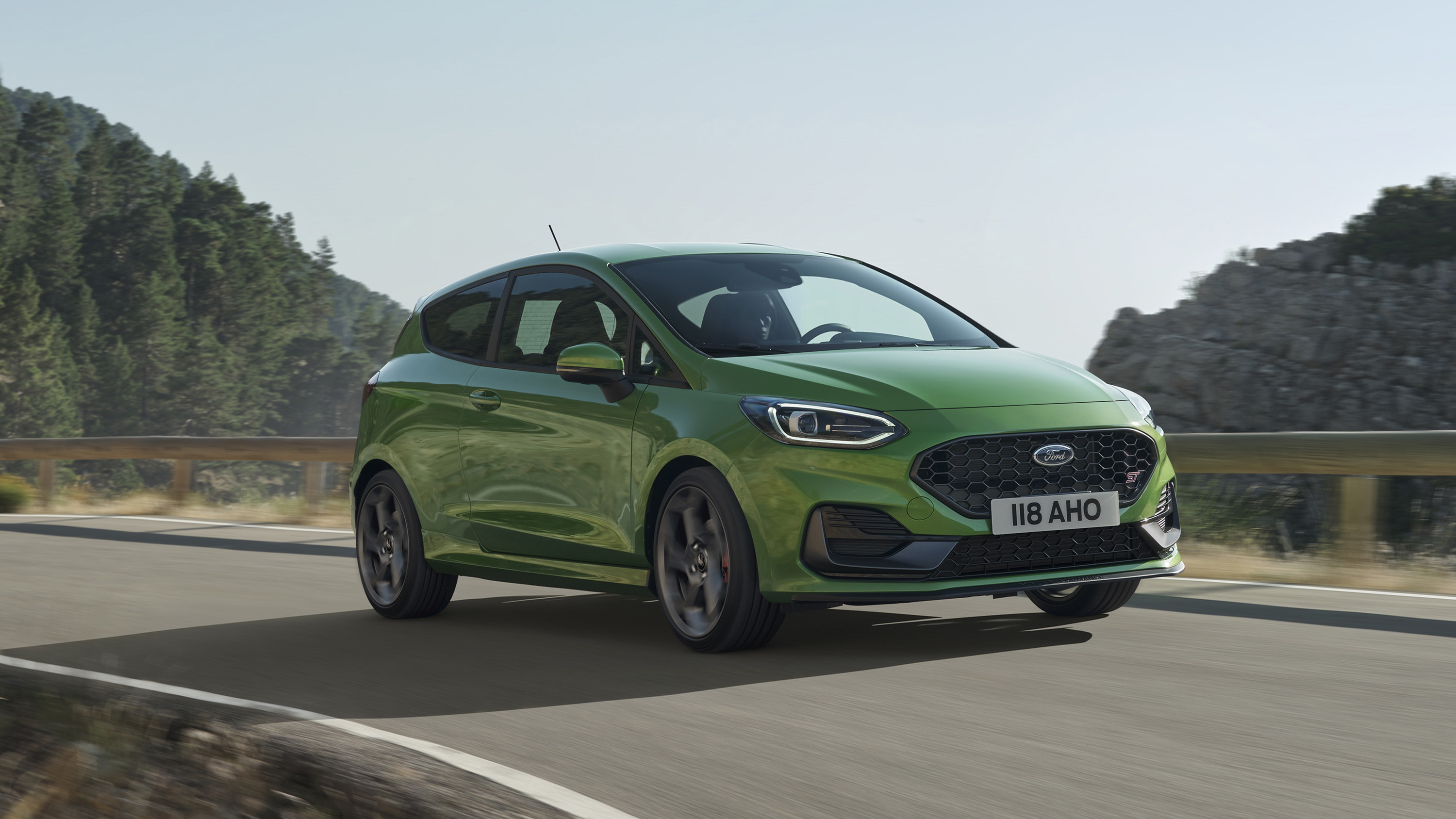 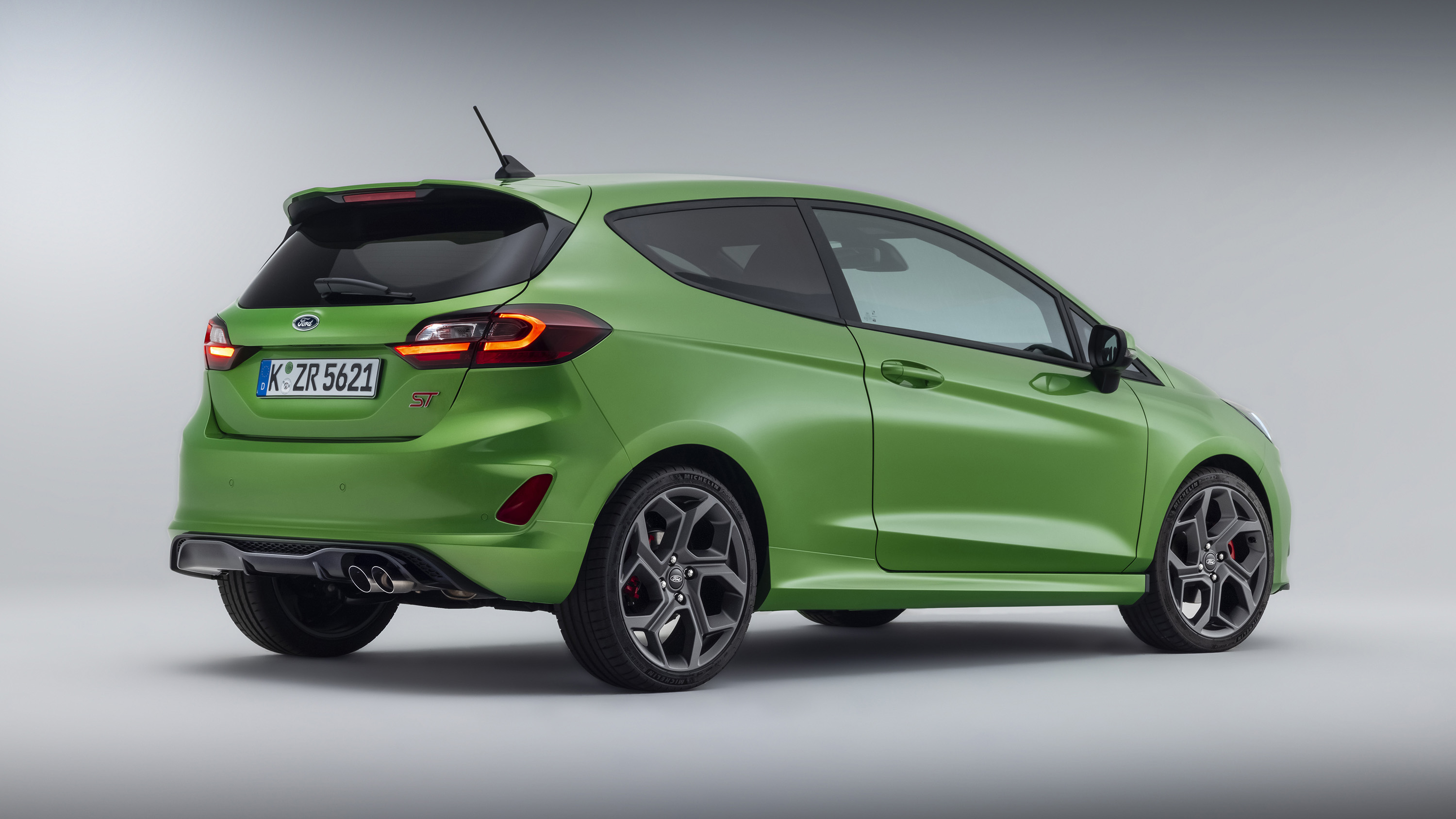 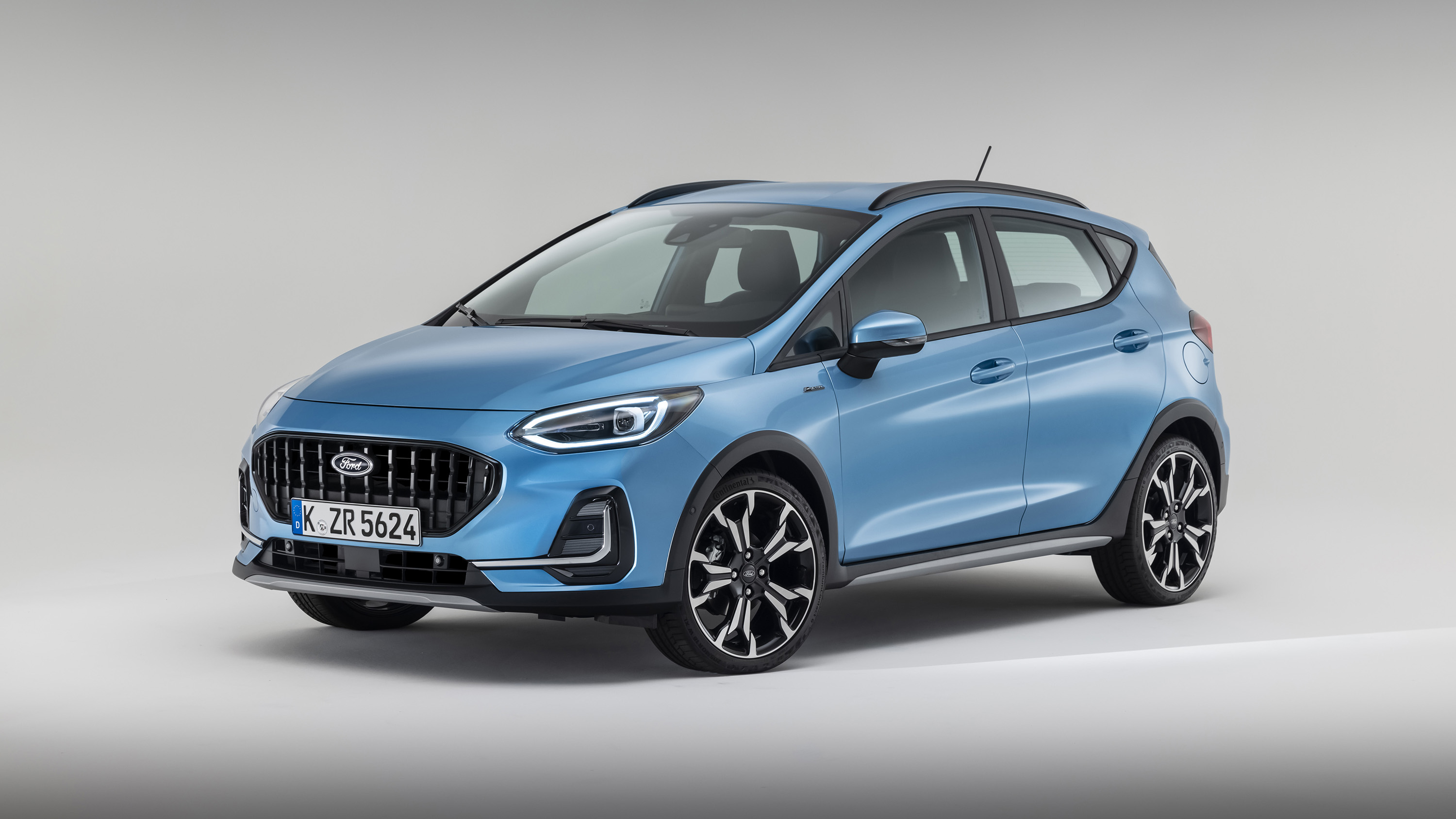 Big news, car buyers of Britain: there’s an updated Ford Fiesta. And given the Vauxhall Corsa has wrestled sales from the Blue Oval’s base car recently, it’s perhaps a fairly key update.

While there’s abundant new trim levels and hybrid tech to cover, we’ll start with the ST, because – well – that’s the most fun. It continues with 197bhp 3cyl turbo power, albeit with a ten per cent torque boost, now peaking at 236lb ft. Matrix LED headlights are newly perched up front while Mean Green paint has made it from the Puma ST’s options list to the Fiesta ST’s.

New in-house sports seats replace the supremely hugging old Recaros, bringing a unique shape and a bazillion red stitches with them. They have their work cut out to replace their predecessor in our affections, though.

Quite why Recaro have been sliced out the picture is unclear – the official word is that Ford’s own chairs bring more support and 14-way adjustment. But perhaps the sheer numbers the ST sells in means it’s cheaper overall to design and engineer a seat in house than keep buying them in from the sporty seat company.

Anyway, little else fundamental about the ST has changed, which is wise of Ford. Only the boisterous new Hyundai i20N has shown any inclination to disrupt its sheer dominance of the weeny hot hatchback market.

The rest of the Fiesta range kicks off at a whisker under £17,000, and perhaps the most surprising news is that the offering of posh Vignale versions has been expanded.

In fact, Ford has made more effort to differentiate the numerous versions of Fiesta now on sale – the normal ones, the sporty ones and the Active crossover – each getting a different interpretation of the Fiesta’s latest front grille. Spend bigger and the grille gets more elaborate, while inside you’ll be enjoying Apple CarPlay and Android Auto with voice control, a wireless phone charging pad and a 10-speaker, 575-watt B&O sound system.

Among a vast suite of active safety systems is a Wrong Way Alert system, which unites the camera and the sat nav to sound an alarm if you head perilously down the incorrect motorway slip road.

But perhaps most pertinent for what buyers are likely currently fussing over is the addition of some hybrid powertrains. They’re only mild hybrids – the same 48v volt tech we’ve already seen on the Puma, which subtly boosts the 3cyl petrol engine it’s latched onto for 123 or 148bhp outputs. You can’t plug either in, nor will you get any electric-only miles.

Disappointing? Well this is effectively a stopgap solution. By 2026, all European-bought Fords will have zero emissions capability, and by 2030 every single new Euro Ford will be fully electric. This looks like the Fiesta’s final fling as a purely internal combustion-powered car. Better enjoy that ST while you still can, then…