Celebrate the return of DTM with this glorious Audi V8

DTM has held its first test of the 2020 season. We wish it still looked like this 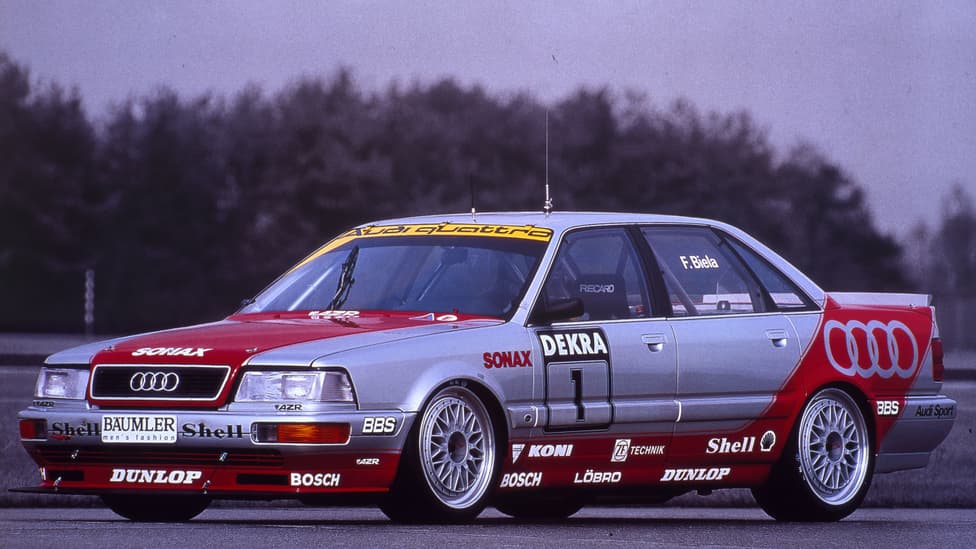 Good news race fans – DTM is back! Well, almost. The series began with a testing session at the Nürburgring today, ahead of a revised 2020 season that’ll kick off at Spa-Francorchamps on 1 August.

As you’ll know though, 2020 will be Audi’s last season in the Deutsche Tourenwagen Masters, leaving BMW as the only remaining manufacturer. These are worrying times for tin-top racing.

But let’s forget all of that for a moment and revel in the retro-ness of the picture above. Yep, that’s Audi’s brilliantly bonkers V8 quattro DTM from the series’ original era. What a thing.

DTM first began back in 1984, and when Audi joined in 1990 it decided that its flagship executive saloon should take on the comparatively diminutive BMW M3 and Merc 190 E. Powered by a 3.6-litre naturally aspirated V8, 463bhp was sent to all four wheels through a six-speed manual transmission. Plus, in keeping with the Group A regulations of the time it retained the wood-veneer dashboard. Ultra-cool.

Within 18 months of its debut, the V8 quattro had delivered two titles at the hands of Hans-Joachim Stuck and Frank Biela. In 1992 though, Audi introduced a modified engine crankshaft which was originally approved and then later declared illegal, meaning the Ingolstadt-based firm withdrew before the seventh race of the season. Sad times.

“The V8 quattro was a huge car,” said Biela. “I was thunderstruck as I drove it for the first time at Vallelunga. The power steering was so good I could have driven around the circuit with one hand on the steering wheel. The car was incredibly easy to drive and in a league of its own.”