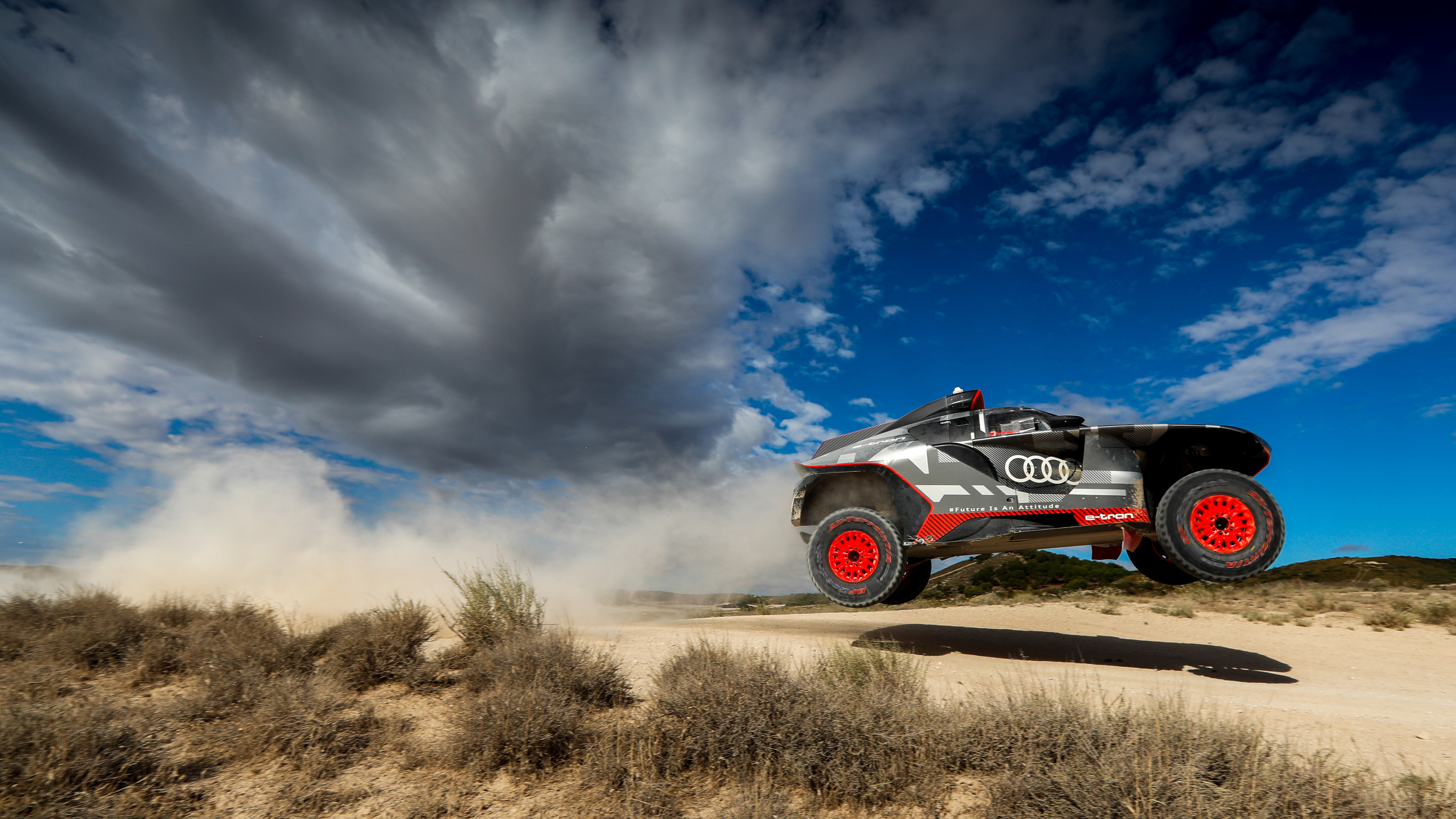 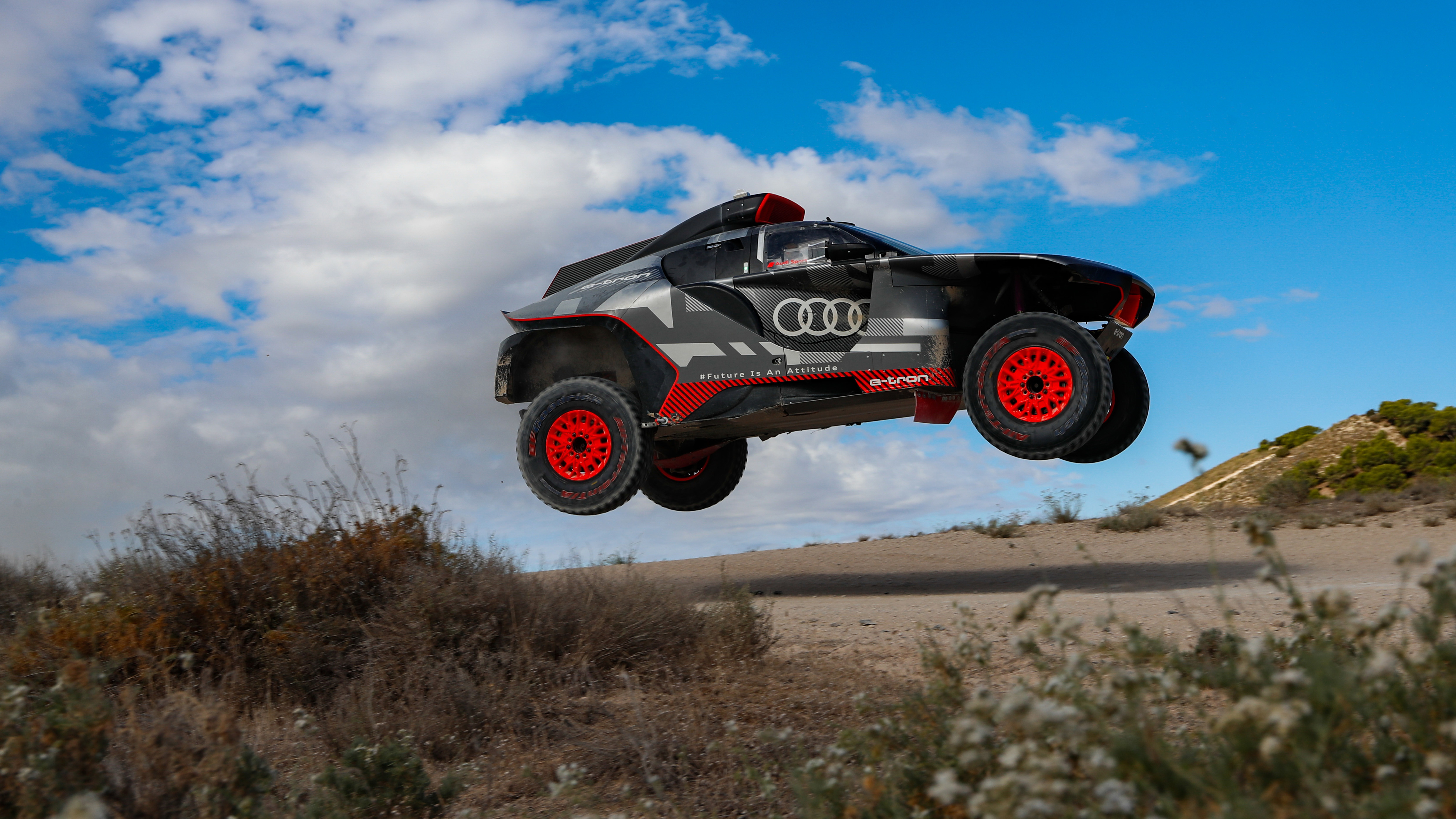 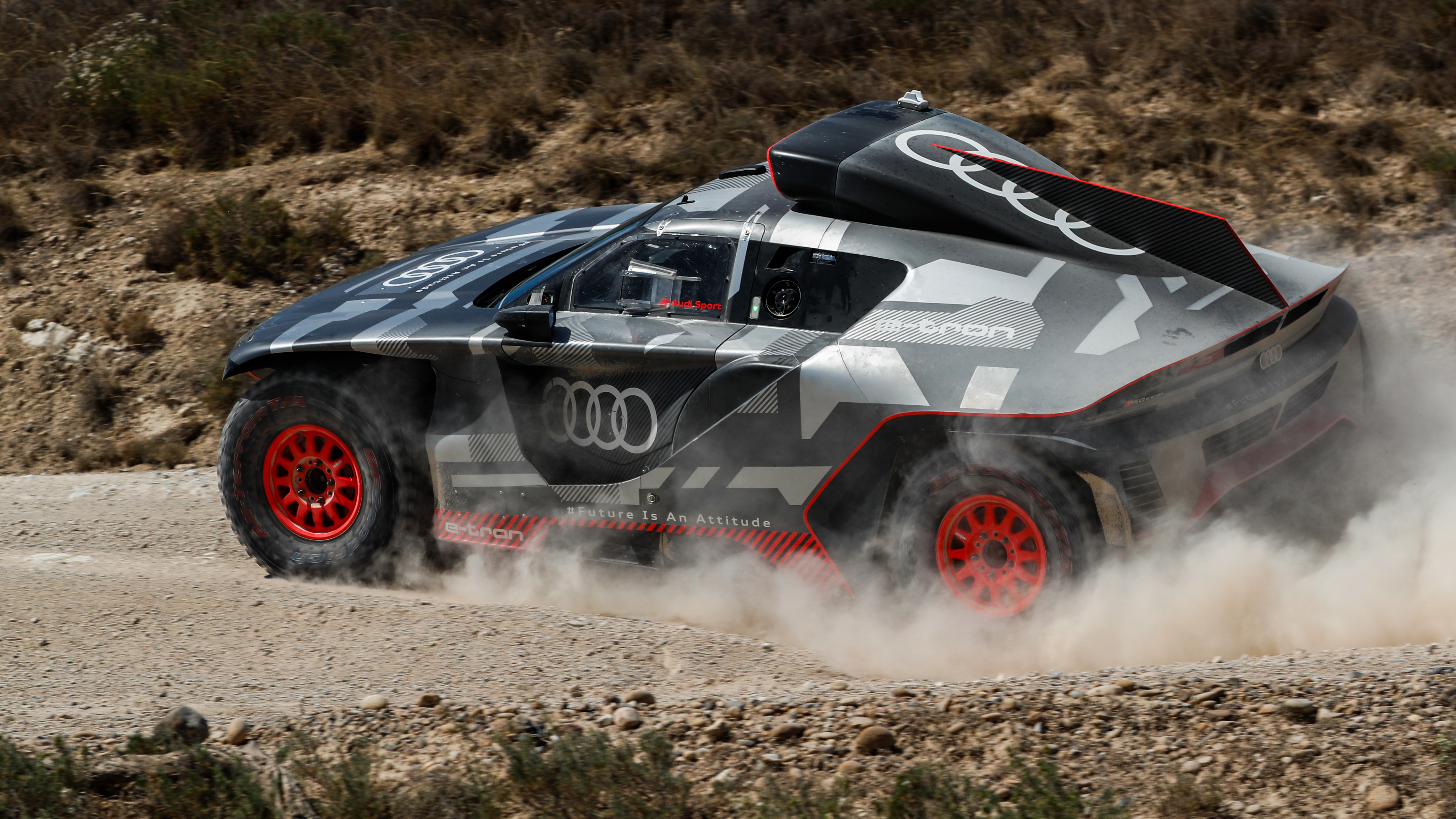 Audi recently announced its intention to contest the 2022 Dakar Rally, but what it neglected to mention was another intention to send its 671bhp RS Q e-tron into outer space. Here are some new pictures of the twin-motor electric rally car testing in Spain. Or should we say flying in Spain.

Unbelievable scenes. The eight-day test near Zaragoza was conducted over “gravel sections of the kind typically used in cross-country rallies”, apparently, and was an “initial functional check” for the car and its three driver teams.

All three got a go at piloting – sorry, driving – the new Dakar contender, with the headline acts confirmed as Stéphane Peterhansel (with co-driver Edouard Boulanger), Mattias Eström (with Emil Bergkvist) and someone called Carlos Sainz (with Lucas Cruz).

Audi said the RS Q e-tron hit 112mph along a 10.5-mile long gravel section during the test, while temperatures of up to 34 degrees centigrade meant the cooling systems got a good workout too. As did the suspension, judging by how high the thing took off. All in, Audi has so far put in over 1,000 miles of testing.

A quick recap: the e-tron Dakar car will pack a pair of electric motors pinched from Audi’s 2021 Formula E racer, drawing power from a 50kWh battery. There’s a 2.0-litre DTM motor on board too, to keep that battery full, and Audi will field three of these 671bhp (at least for now, could be more power) RS e-trons in next year's Dakar Rally.

“I’m really happy how the car behaves,” said Sainz after the test. “I had a really good feeling straight away.” Whether that’s because he became Superman for a few seconds remains unclear.

Next stop: the sand dunes.