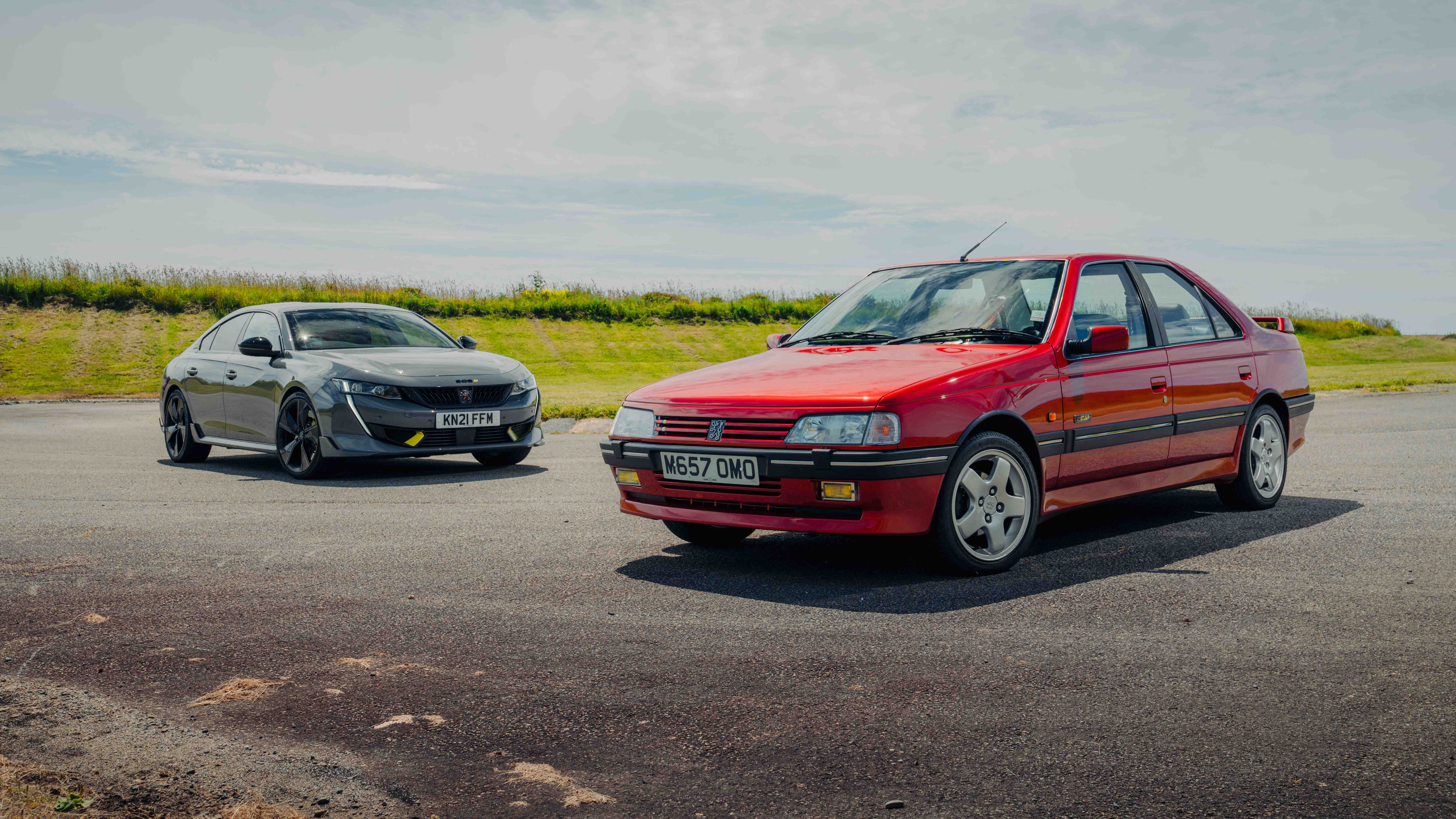 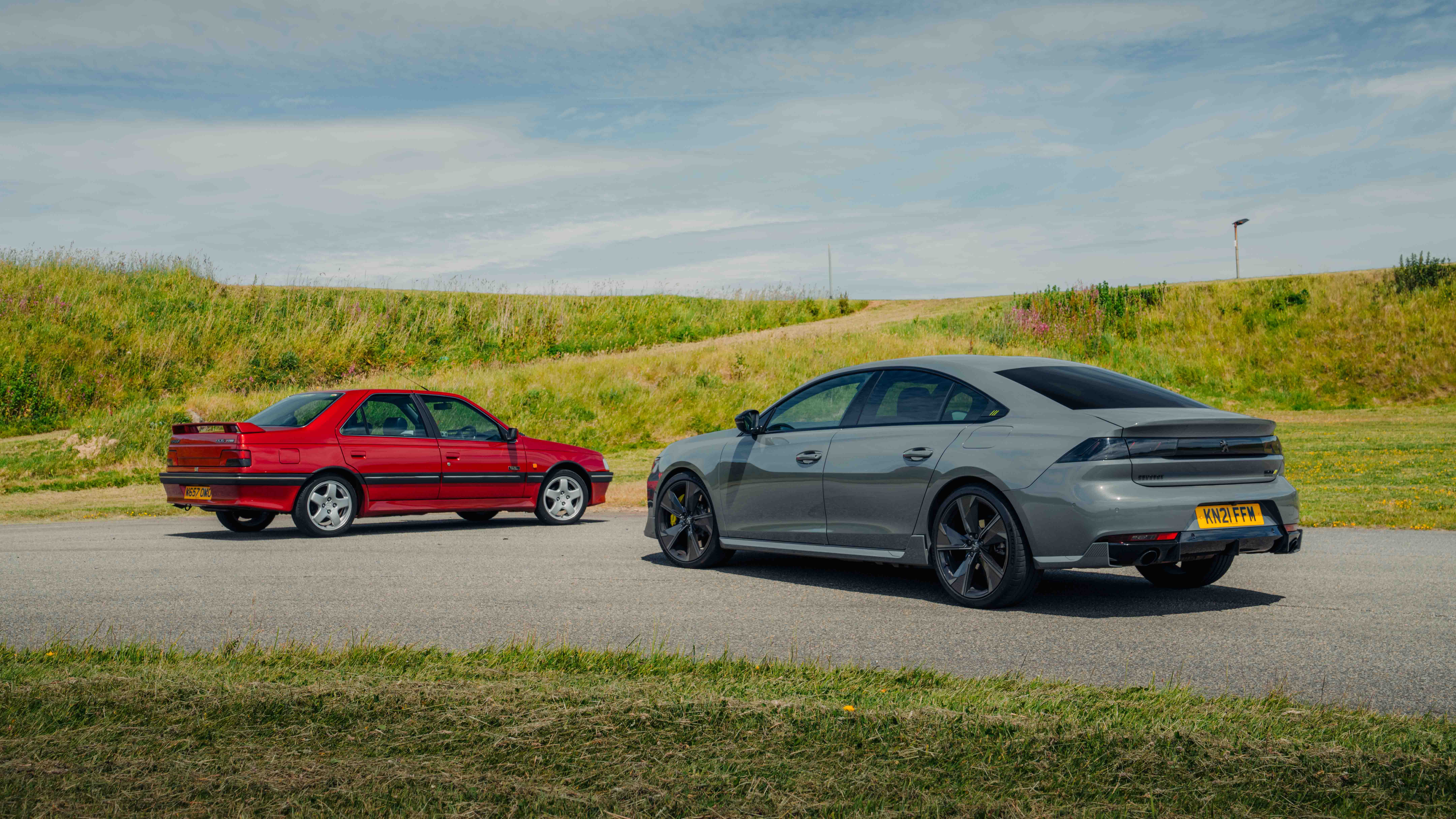 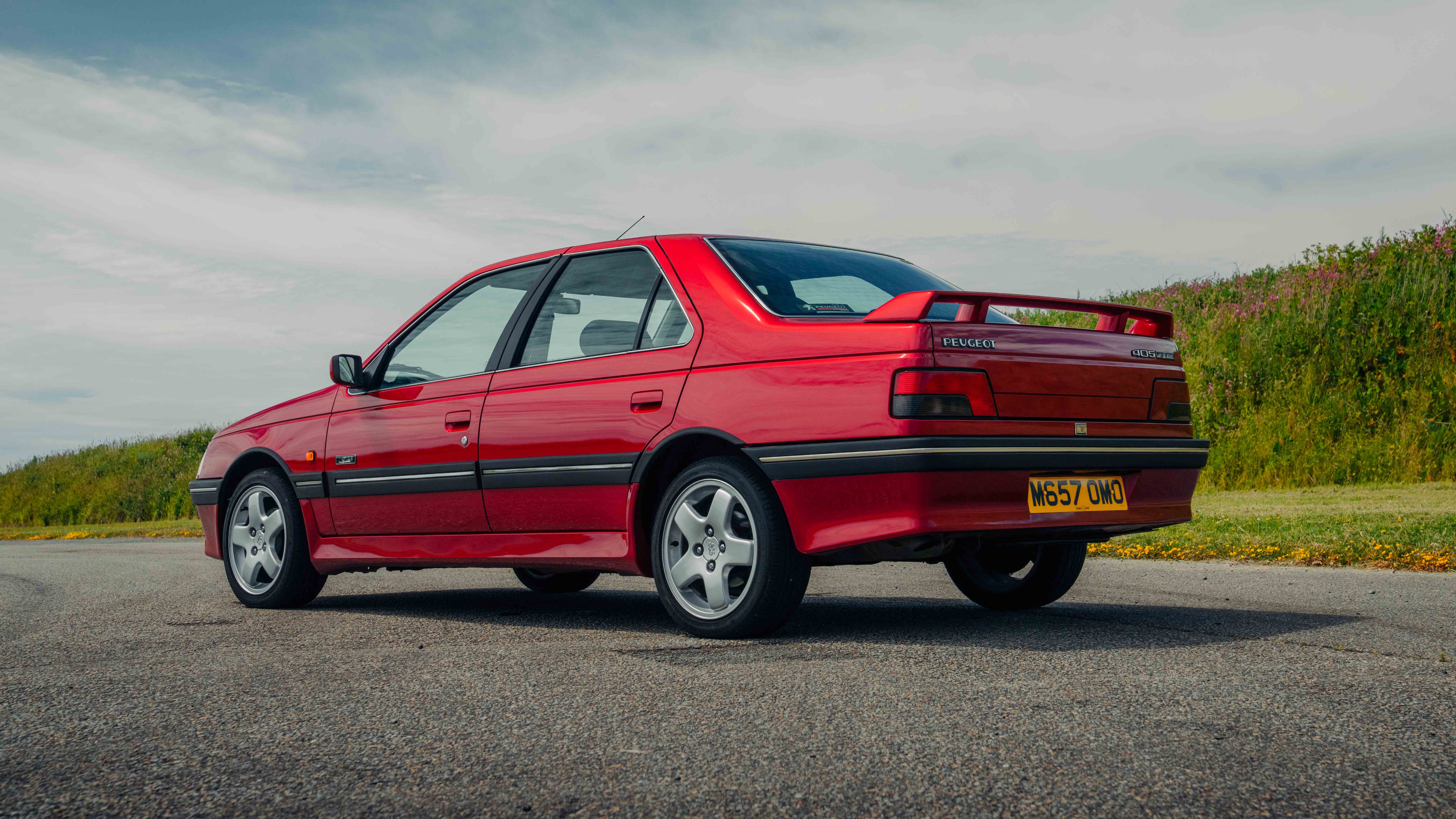 Doesn’t it just? A sporty saloon that’s stood the test of time. Launched in 1988 it featured a few subtle tweaks over the original Pininfarina-designed 405, including new bumpers and side skirts, a rear spoiler, sport suspension and five-spoke alloy wheels, while power initially came from a 1.9-litre 16V engine with 158bhp and 133lb ft of torque. The Phase II made its debut in 1992, before this special Le Mans edition was presented in 1994, to celebrate the Peugeot 905’s victory in the 24 Hours of Le Mans a year earlier.

What’s so special about the Le Mans special?

Just 500 were built for starters (this one, in immaculate condition, is #485), meaning you’re unlikely to ever see another one. According to the How Many Left? website there are just seven Mi16s of any iteration left on the road in the UK. In line with the facelifted 405 it featured a 2.0-litre engine along with a unique Diablo Red paintjob, Le Mans decals front and rear, and 905 motifs on the doors. Inside there’s more Le Mans decals, plus half-leather/Alcantara sport seats and branded carpet mats. 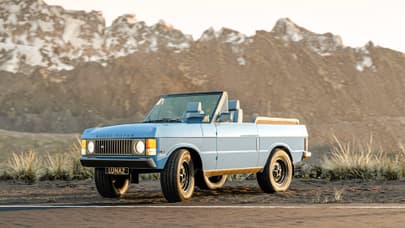 Peugeot’s latest sporty saloon, the 508 Peugeot Sport Engineered, to give it its full name. Like the Mi16, it adopts a more aggressive stance – the suspension sits 4mm lower and is 50 per cent stiffer than you get on a standard 508, while you also get three-stage adjustable damping and wider tracks (24mm at the front, 12mm rear). And then there’s the more obvious visual upgrades, most noticeably those vivid green accents and aero winglets. It’s a real love it or loathe it aesthetic, but certainly eye-catching.

Enough ogling. How do they go?

At first the Mi16 appears a comfortable cruiser: smooth, quiet, all very refined. Don’t be fooled – it’s at its best when pushed hard, pulling strongly from around 3,500rpm and capable of 0–62mph in 8.9 seconds and a top speed of 134mph. Throw in gloriously weighted steering, silky handling and a kerbweight of just 1,180kg and it’s easy to see why it was so coveted, before it and the 405 were discontinued and replaced by the 406 in 1995.

And Pug's sporty saloon of today?

Believe it or not, this is Peugeot’s most powerful production car ever, combining a 1.6-litre 4cyl petrol engine with a pair of electric motors for a 355bhp and 384lb ft peak. Zero to 62mph takes 5.2 seconds with top speed limited to 155mph, while you also get up to 26 miles of electric only range. Handy around town, but like the Mi16 it’s on open roads that the PSE most impresses, with its sharp handling, sure-footed grip and deft pace defying its 1,850kg bodyweight. A £55k starting price is tough to swallow, mind...