Is this the most extreme Porsche Cayman in the world? | Top Gear
Advertisement
Weird

Is this the most extreme Porsche Cayman in the world?

A cup car’s engine, a GT3’s face and GT500 aero make for one spicy Cayman cocktail 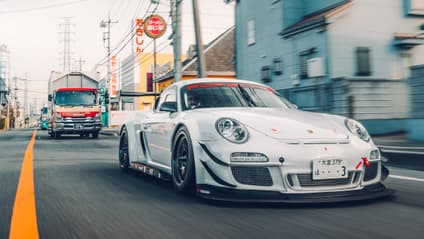