£50,023 when new
Read why you can trust our independent reviews 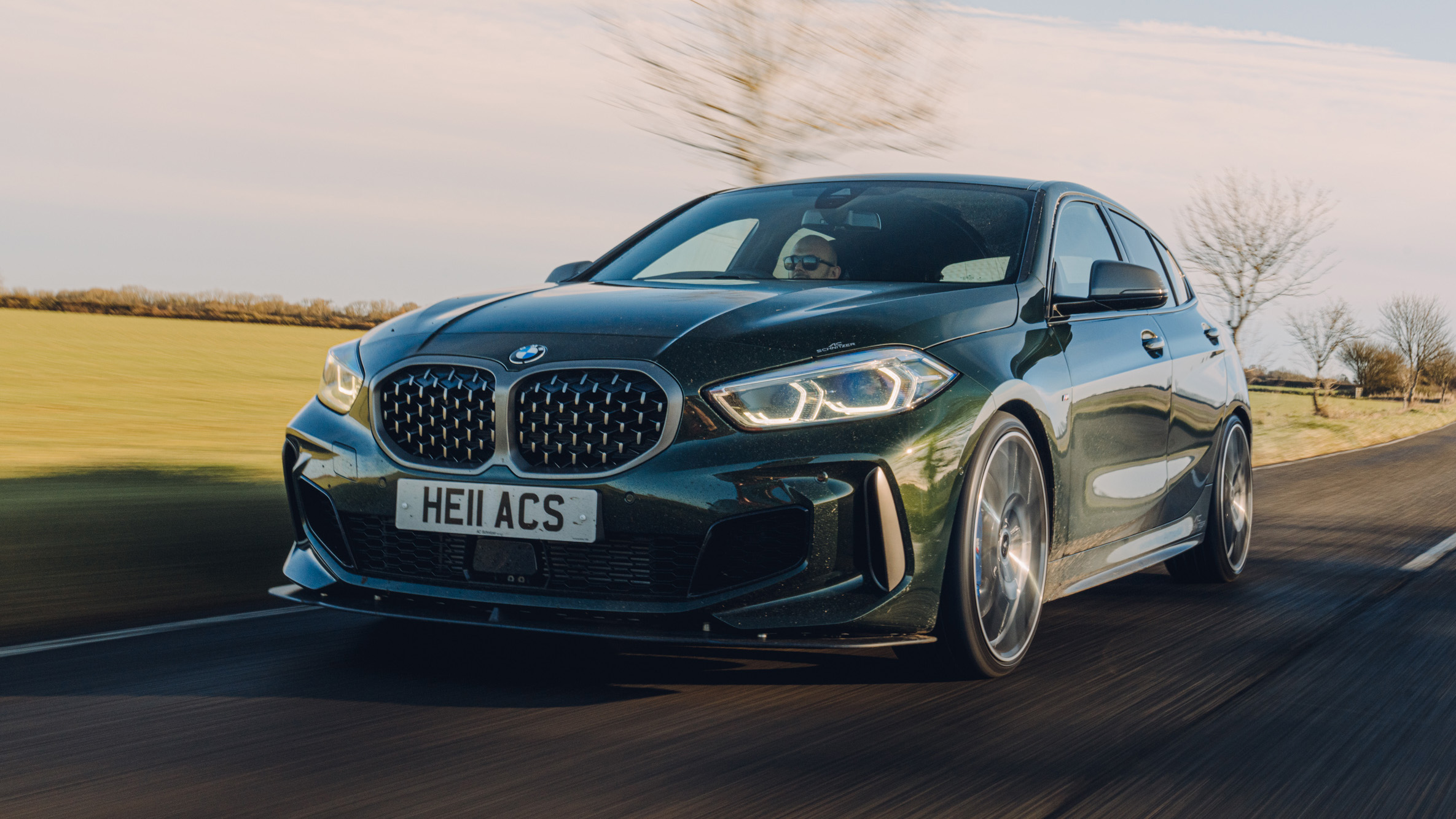 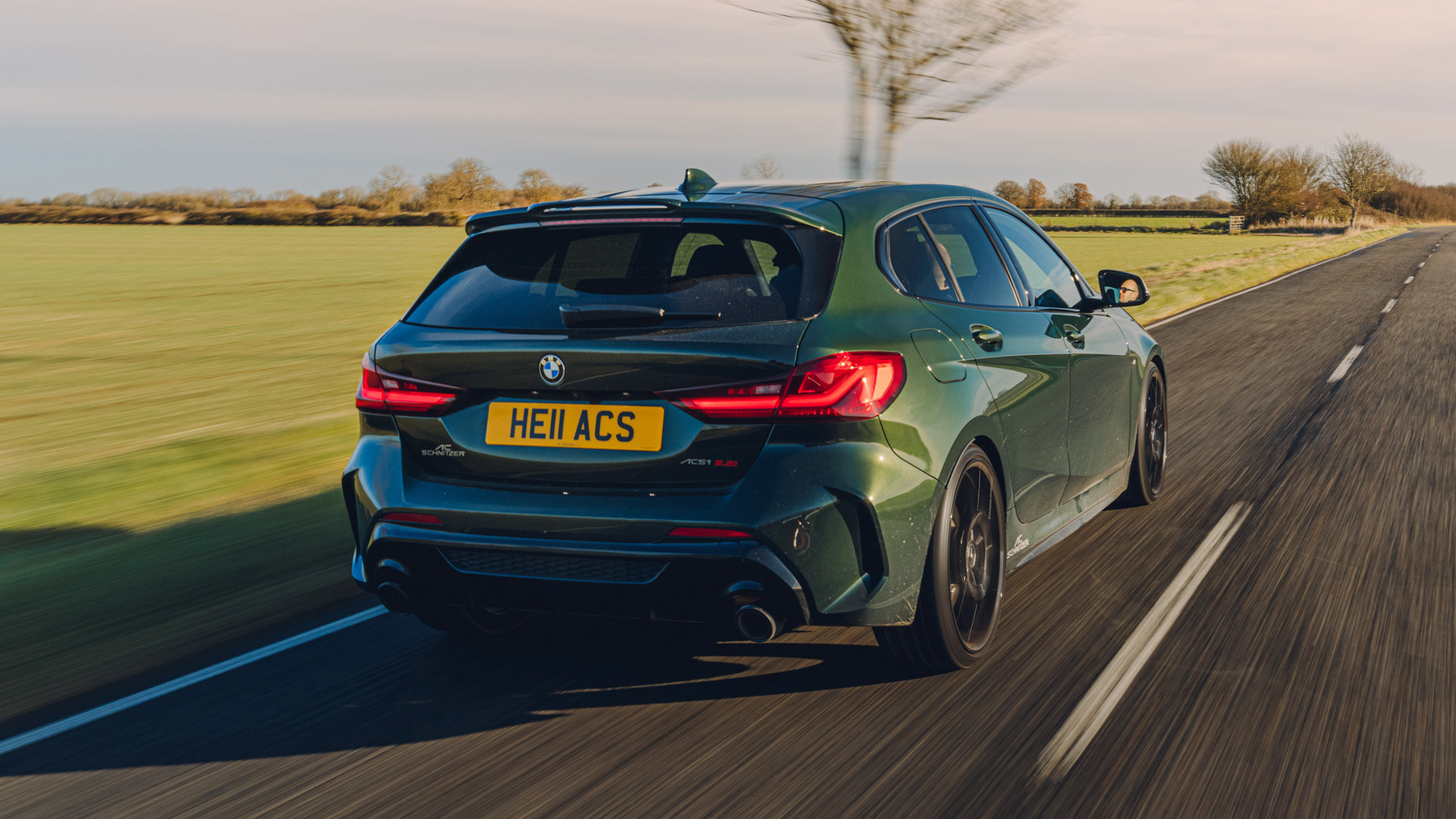 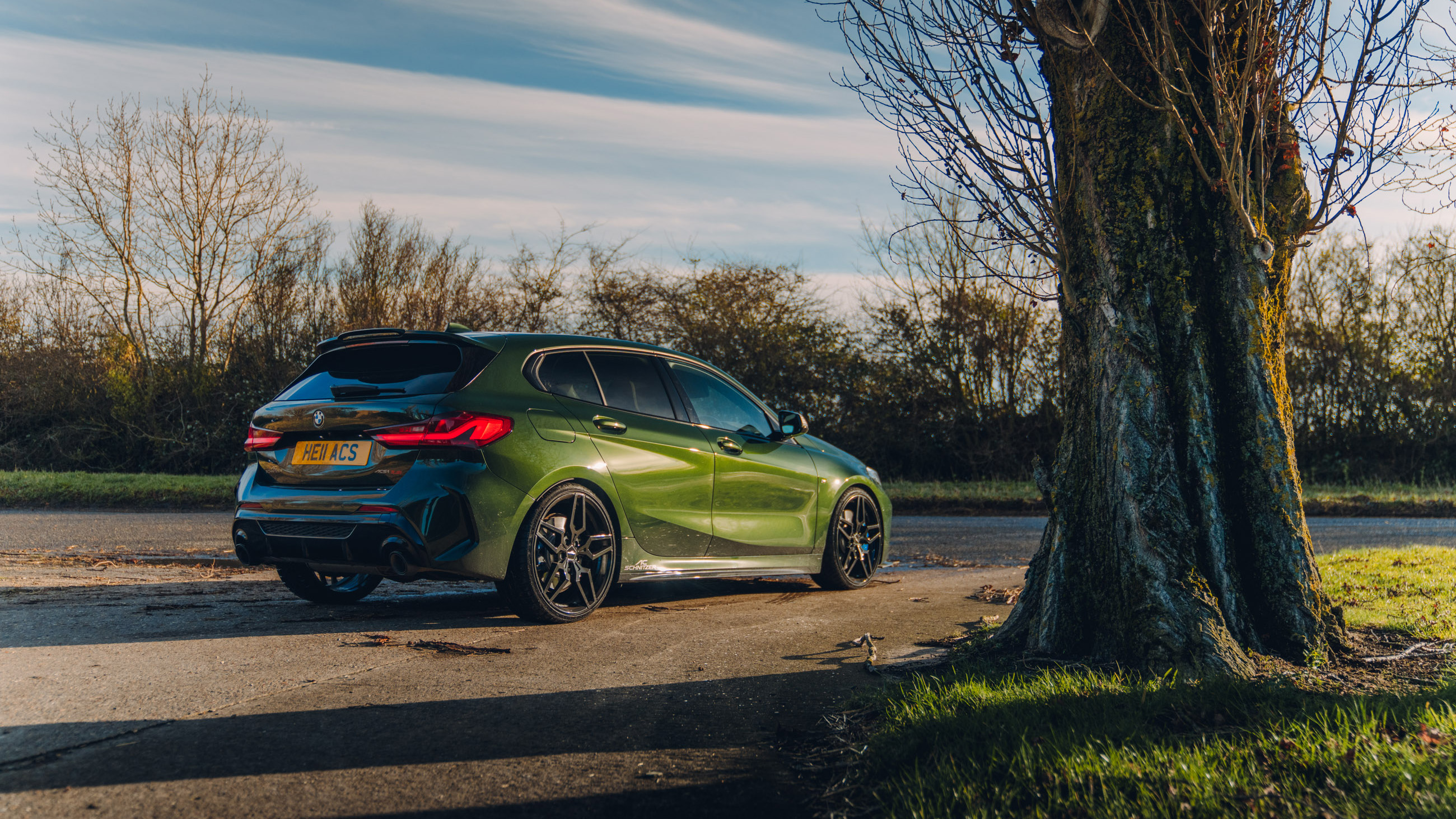 What am I looking at here?

It’s the AC Schnitzer ACS1 ‘Green Hell’. It is, in essence, a BMW M135i that’s been putting in the HIIT workouts in its front room over the past year or two.

Oh yes. The old one – and its M140i successor – became something of a cult classic. It was a long way short of perfect, but it was a rear-wheel-drive hot hatchback with a longitudinally mounted straight-six engine. It felt like a mallet among hammers in the hot hatch class, but it was special.

But then BMW switched the 1 Series to a natively front-driven hatch – and a great one, in base trim – whipping such specialness away in a moment. “Here’s the crux of the M135i’s problem,” said m’colleague Ollie. “It no longer has a unique engine or drivetrain. It’s not the fastest hot hatch, or the roomiest, or the most luscious inside, and it’s certainly not the prettiest.”

That’s quite a laundry list for Schnitzer to fix.

Nope, and it’s understandably not attempted the whole lot. The Aachen-based tuner focuses on suspension and trim, typically, so an entire redesign might have been taking on a little too much.

Mind, I’m willing to argue the simple switch to San Remo Green has taken a reasonable amount of edge off the latest One’s styling. Or maybe it’s the hindsight of the half-dozen or so cars BMW has shocked us with since the F40-gen 1 Series first appeared showing that these grilles are actually small grilles.

That colour is half the reason Schnitzer’s nicknamed its new ACS1 the ‘Green Hell’. You can guess the other half; the ‘RS Suspension’ coilovers we’re ostensibly reviewing here have been developed not only on road, but on a particular toll road. Which is handily located an hour or so south of the tuner’s HQ.

What kind of suspension are we talking?

“Primarily for experienced drivers,” Schnitzer tells us, “RS suspension is still amazingly comfortable, fluid and precise, putting to bed the myth that coilovers have to give a hard ride.” It’s all manually adjustable but arrives clicked into recommended settings from the company’s extensive testing around the Nürburgring.

And in short, it makes the M135i a sharper, more alert car yet one which won’t rattle your fillings out. Even as specced here on frankly cartoonish 20in alloy wheels. They do lend the Green Hell’s progress a slightly brittle edge, but the body control is top notch and you can deploy noticeably more of the bolshy all-weather pace these 300bhp-plus, AWD hatches are so adept at.

There’s still a mite of torque steer when you’re really gutsy, but as someone who prefers cars this shape and size to be front-driven, it livens things up nicely in my opinion. There’s more urgency here, even if the M135i’s very modest flamboyancy levels haven’t really changed.

Do I gather there isn’t any extra power?

There isn’t. Schnitzer would love to provide some, but the eight-speed automatic gearbox was operating close to its limits when they liberated another 20bhp or so from the M135i’s stock 2.0-litre 4cyl turbo, and we’re told a hike of at least 50bhp is vital to make people actually want to tick the options box. So peak outputs remain 302bhp and 332lb ft, good for 0-62mph in 4.8secs and a 155mph top speed.

Though you might eke a sliver of extra performance from the Green Hell thanks to its incremental weight loss. Flow-forming helps those 20in wheels compensate for their extra size, and at 11kg apiece they’re actually lighter than BMW’s own 19s, while they come wrapped in smart Michelin Pilot Sport 4 tyres. The driving experience hasn’t been revolutionised, but the details are now in sharper focus.

Anything I ought to know about inside?

It’s a reminder of how brilliantly sensible BMW’s base ergonomics are, for starters. A wealth of buttons is welcome as the world goes wildly touchscreen – something the next 1 Series (or whatever its ‘i1’ electric equivalent may be) will do well to replicate. Schnitzer’s not done loads, the most obvious tweak being its own, elongated steering wheel paddles.

On first glance they look the weeniest bit naff, lurid red arrows punctuating otherwise sober surroundings, but they’re neat, tactile and that flash of colour actually makes you more likely to flick up and down of your own accord. It’s a constant reminder the paddles are there. When there’s eight short gears being shuffled around at the car’s diktat, it can be easy to forget how involved you can get.

You can also spec a new set of pedals, while a sports exhaust pipes in a bit more noise without resorting to playing it through the speakers like BMW’s own M135i update. The sound it makes is quite cool, but it ultimately brings a stronger frequency of 4cyl turbo noise and so its £1,750 bill is best paid when you’ve sampled a test car for yourself, really.

We do. Everything you see here totals £11,583, which applied to a brand-new M135i gives you a fifty grand bill, all told. Helpfully you get warranty protection – the BMW one continues to cover the bits that haven’t been Schnitzered, while the tuner will cover the rest of your BMW agreement for the bits that have – but ultimately you don’t need to spend that much.

You can cherry pick options – those paddles costing £295, the cute roof spoiler around £500, for instance – to make both the bill and the conversion a little more subtle. Indeed, in the UK you’ll see very few ACS1s this dolled up. AC Schnitzer typically sells lots of suspension upgrades but only pieces together a couple of full makeovers a month.

And that’s what we’d do – forgo the fragile-looking front splitter and the 20in wheels (saving over five grand straight away), no matter how alluring the latter’s lightweighting seems. The big shift in character comes from the suspension, which you can snare for £2,500.

And crucially not just on the M135i – the simpler BMW 128ti hot hatch, which we’re big fans of, can also host the fancy coilovers, providing a total not far over £35k when you lump in the car. You might need to come up with another nickname, though…