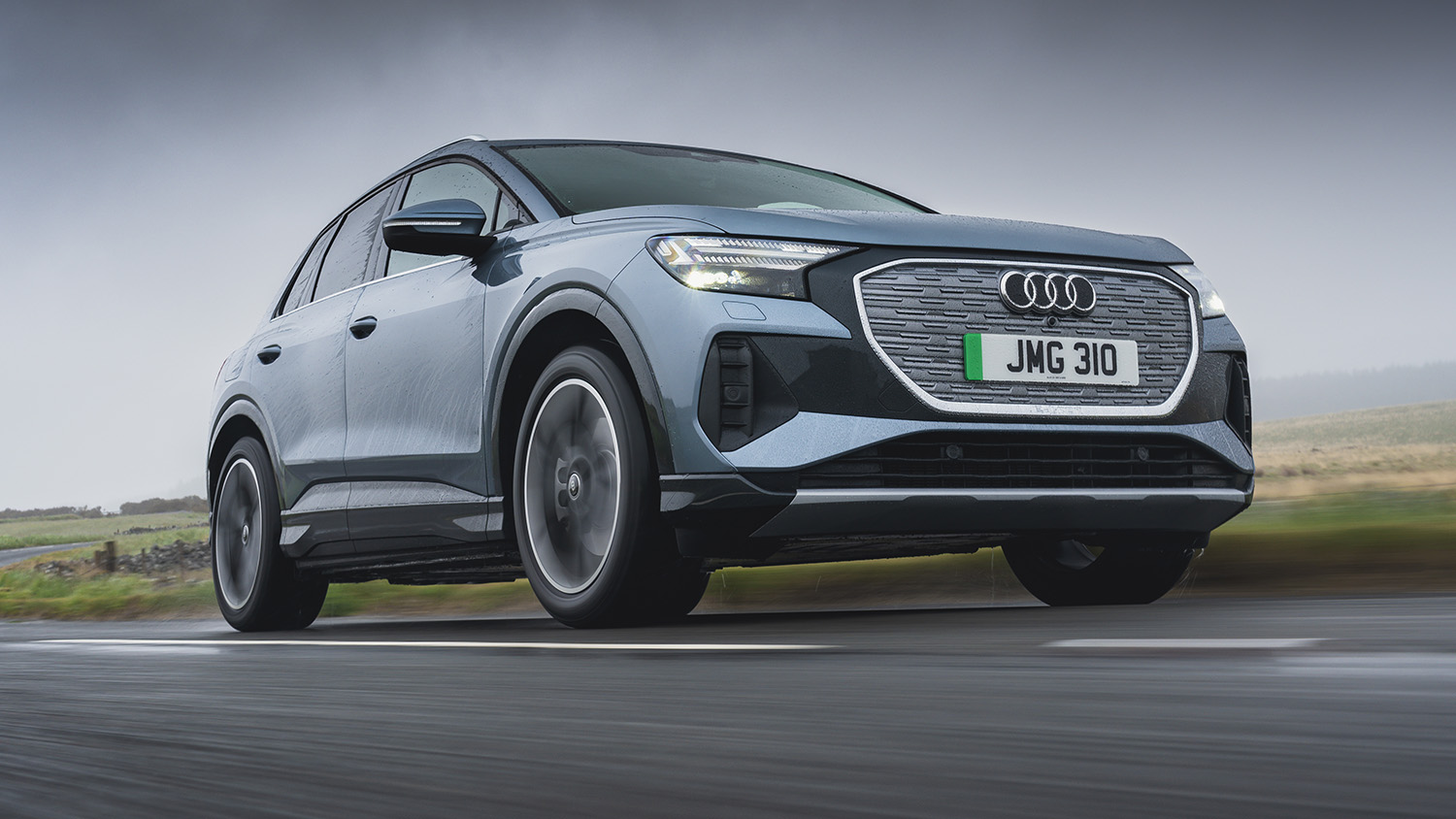 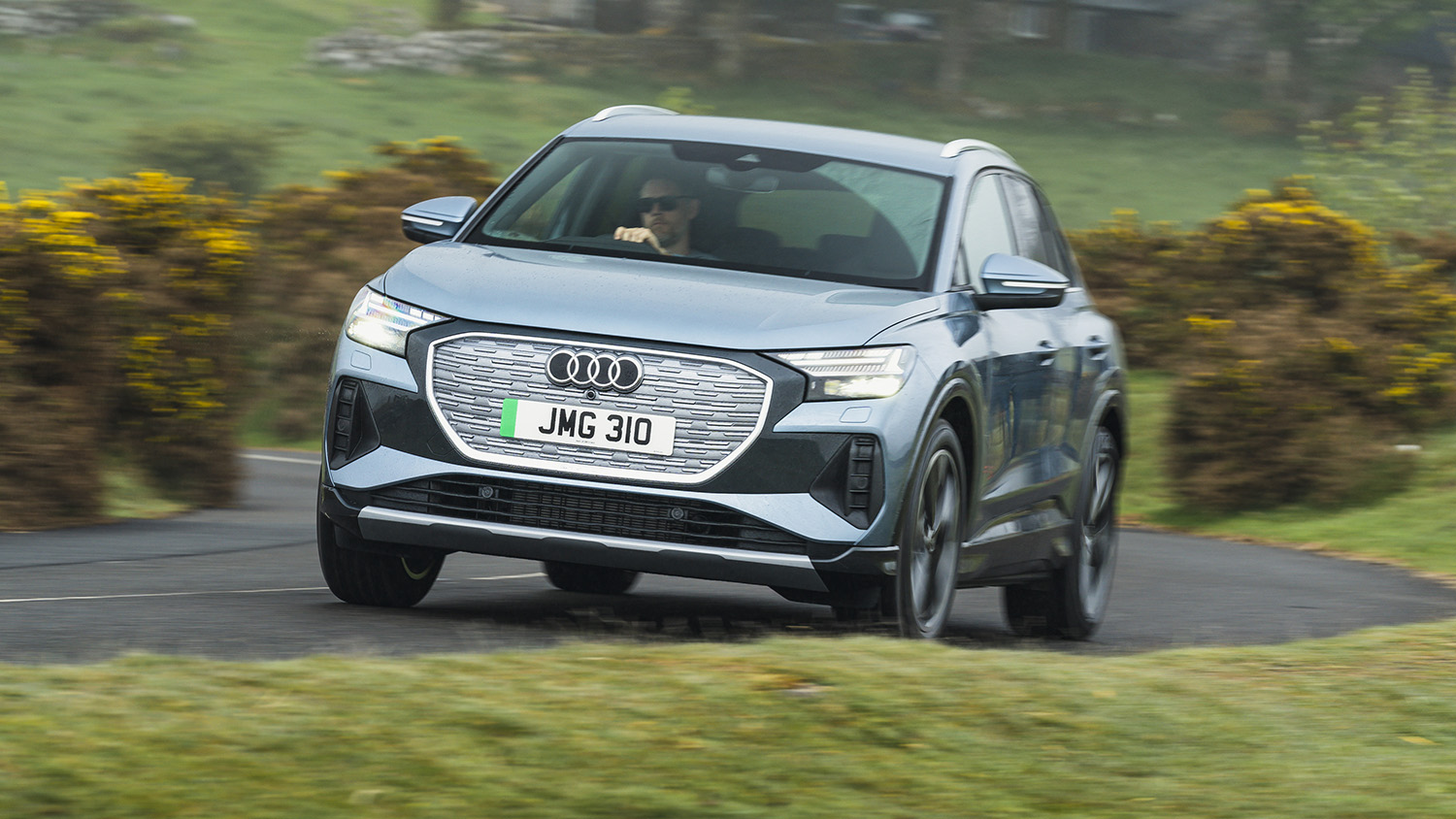 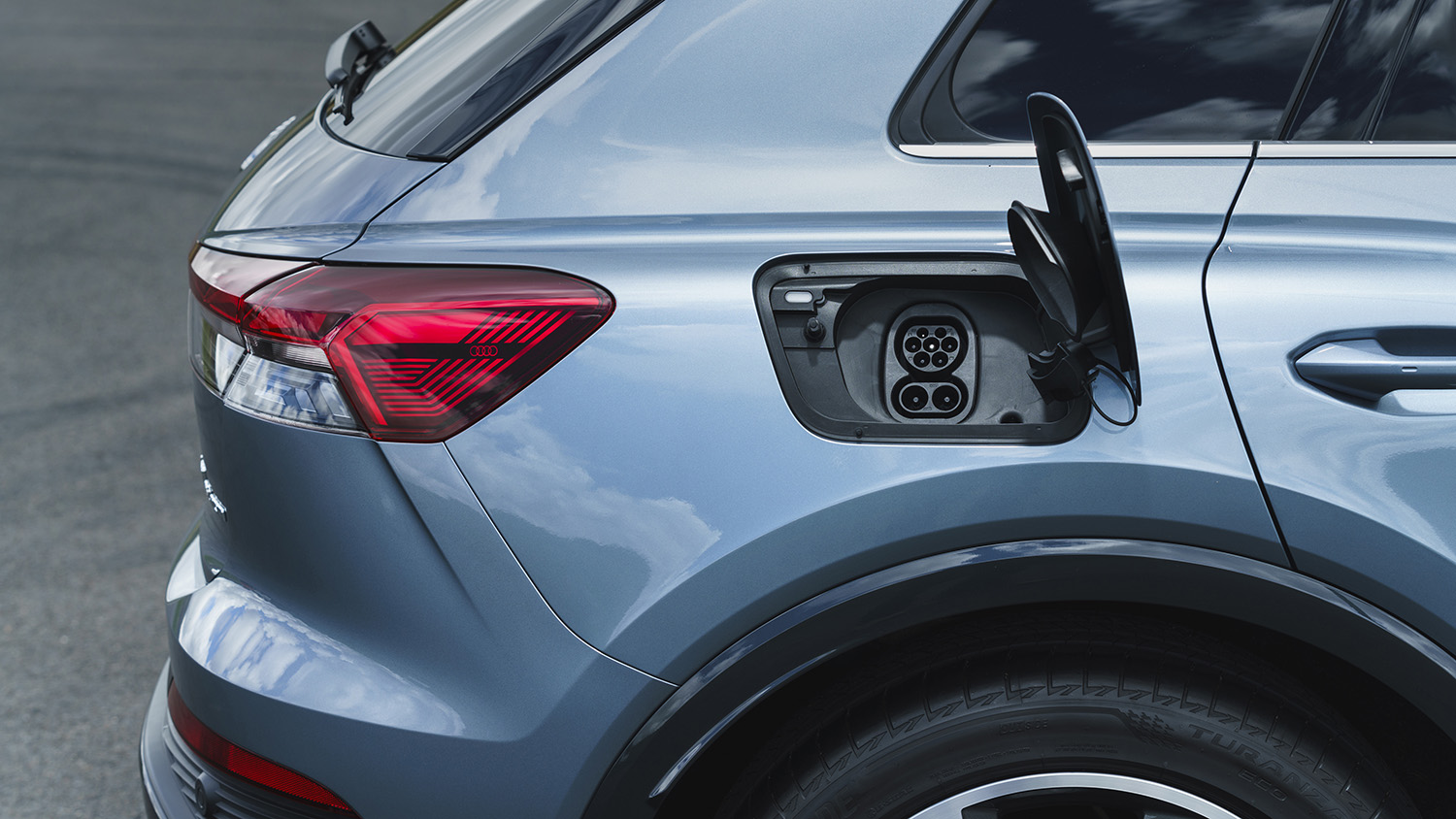 1 / 12
Advertisement
“Decent powertrain happily takes a back seat to dependable quality. This is where the electric vehicle hits the mainstream ”

This is the best version of VW’s ID.4 yet

Does it look cool enough from the outside?

This is Audi’s new small electric SUV. It sits between the Q3 and Q5 in Audi’s increasingly complex range of SUVs – 10cm longer than the Q3 (4cm shorter than the Q5), a smidge taller and wider, but with a smaller boot, thanks to its pesky batteries. It’s also £10k more expensive thanks to its pesky batteries, so Audi needs to put some effort in to make the Q4 e-tron feel a bit more special.

A sleeker Sportback version of the car with a more sloping roof and a jaunty hatchback is available to order now, with deliveries starting later this year. For a slight premium you can get slightly reduced practicality. Funny how that works.

That’s the other way to look at the Q4 e-tron. It shares its undercrackers with the rest of its Volkswagen family and it’s built on the MEB electric platform that has been deployed across the company. Essentially it is an Audi-skinned version of the ID.4, along with Skoda’s new Enyaq, and it’s even built on the same production line as the VW in Zwickau – they really are a close family. But Volkswagen’s electric smarts combined with Audi’s interior panache? Colour us interested.

Will I be stuck for ages charging?

Rapid charging comes as standard on the Q4 e-tron, so if you’re in a rush, the batteries charge up to 100kW DC with the 52kWh option and up to 125kW with the 77kWh version. The latter will get you from 5 per cent charge to 80 per cent in 38 minutes, adding 80 miles of range in 10 minutes of charging. Just enough time to grab a coffee and steel yourself for the next part of your journey.

So what sets the Q4 apart from the other VWG cars?

Perhaps not the car’s looks – the Q4 is fairly handsome and well proportioned, but from the side you’d be hard pressed to recognise it as an Audi. There are clear benefits to the disciplined platform sharing that the Volkswagen Group has introduced, with the downside being that it’s clearly tough sometimes for the different brands’ designers to carve out a unique identity. Still, they’ve done a marvellous job on the inside of the Q4 e-tron, with an angular interior that showcases the solid quality that we’ve come to expect from Ingolstadt.

What physical buttons are there all move with a pleasing tactility, and the driving experience communicates a sense of solidity. The pedals are all well weighted and the steering is firm and accurate. Audi’s done a good job too of disguising the car’s heft, with a well damped ride that mostly smooths out the road’s imperfections.

You haven’t mentioned the touchscreen yet…

We don’t like to go on about these things for the sake of it, but with a company as relentlessly competent as the Volkswagen Group, it’s very surprising when it wanders as astray as the carmaker has with its latest generation of interior electrics.

Audi has managed to avoid the worst of VW’s electronic excesses, retaining a smattering of useful buttons in the cabin, but the infotainment is still a touch laggy, the phone connection occasionally unreliable and the whole thing randomly prone to freezing. In this bright new age of over-the-air updates it’ll probably be sorted soon enough, but such imperfections are a measure of how reliable the company has always been. 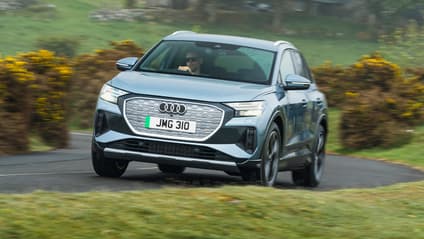 “Decent powertrain happily takes a back seat to dependable quality. This is where the electric vehicle hits the mainstream”

The Q4 e-tron truly heralds the next generation of electric vehicles – not because of any new technology, or space age looks, but rather in its overwhelming ordinariness. Sounds like we’re damning with faint praise, but this is a genuinely interesting moment – Audi thinks that it’ll shift 20,000 of these in its first full year on sale (2022), catapulting it to second place in the company sales charts behind the A3. This is the moment that the EV reaches the mainstream.

The Q4 e-tron’s success will come because it is relentlessly capable – easy to live with as a car full stop. If you’re making the switch to electric it’s a great place to start, a nifty blend of EV glamour and SUV practicality.

The small SUV is the best blend of big-enough-to-squeeze-in-a-load-of-batteries and small-enough-to-be-manageable and gingerly sidesteps the inherent tension in going electric to try and save the planet but doing it in a ginormous SUV. There’s enough range here too that you can forget about the driving and cut loose a little.

The Q4 e-tron is the perfect car for those punctual adopters who have watched others try things out. You’ll probably still get on better with it if you’re able to charge at home, but the UK infrastructure is improving all the time – it’s definitely the moment to consider the switch. 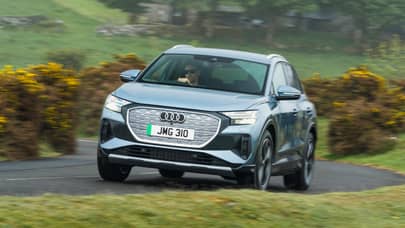