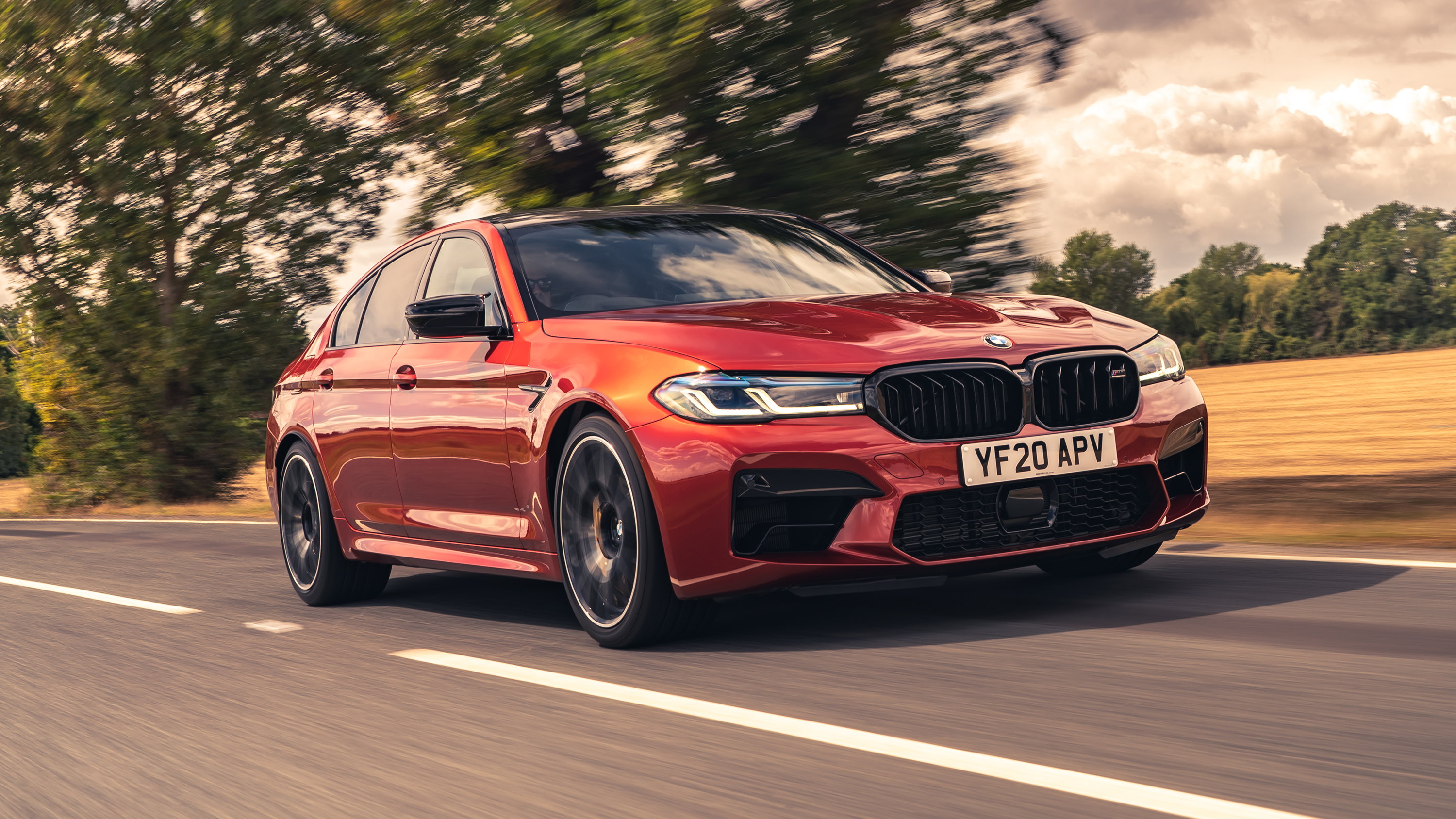 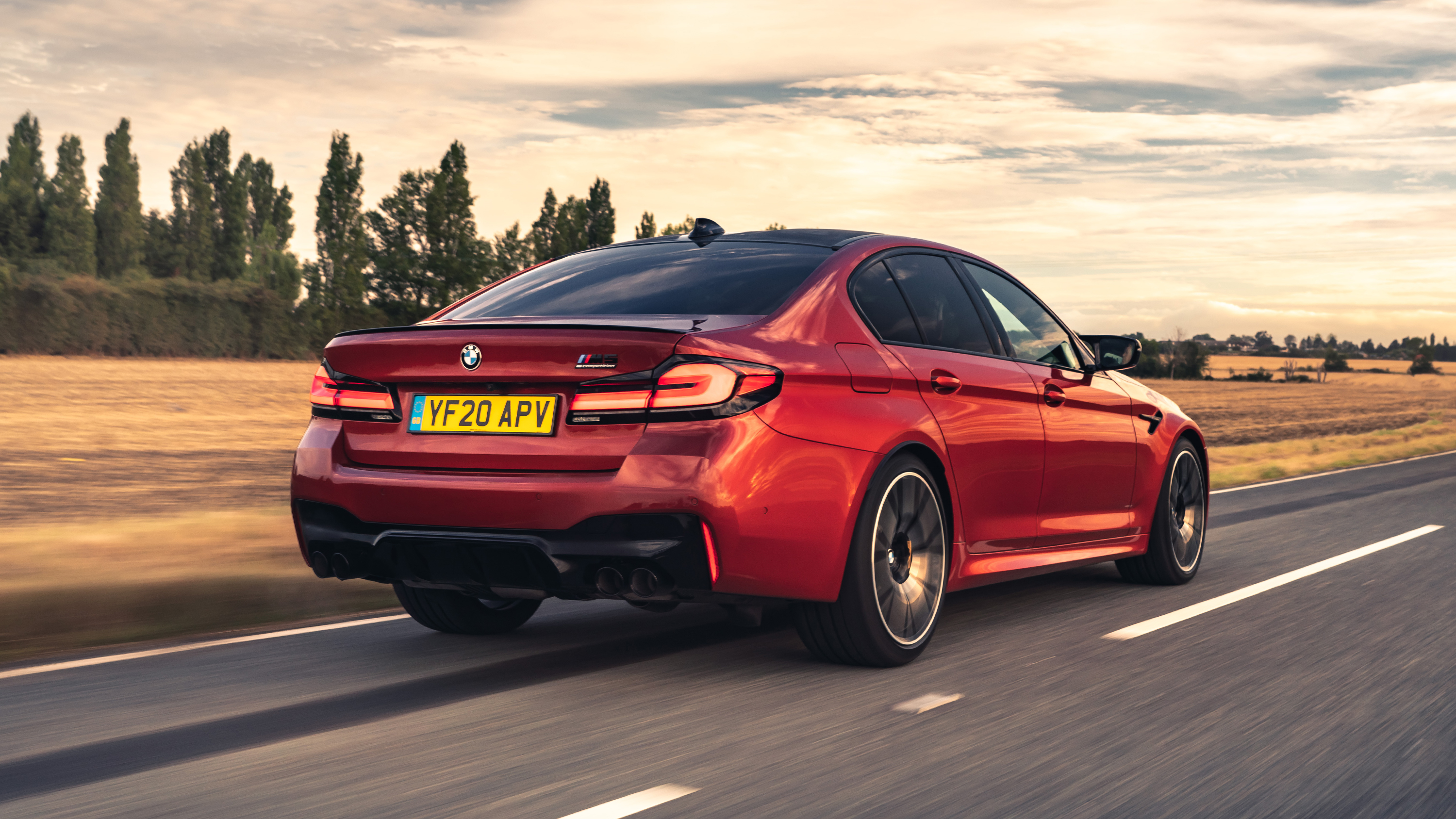 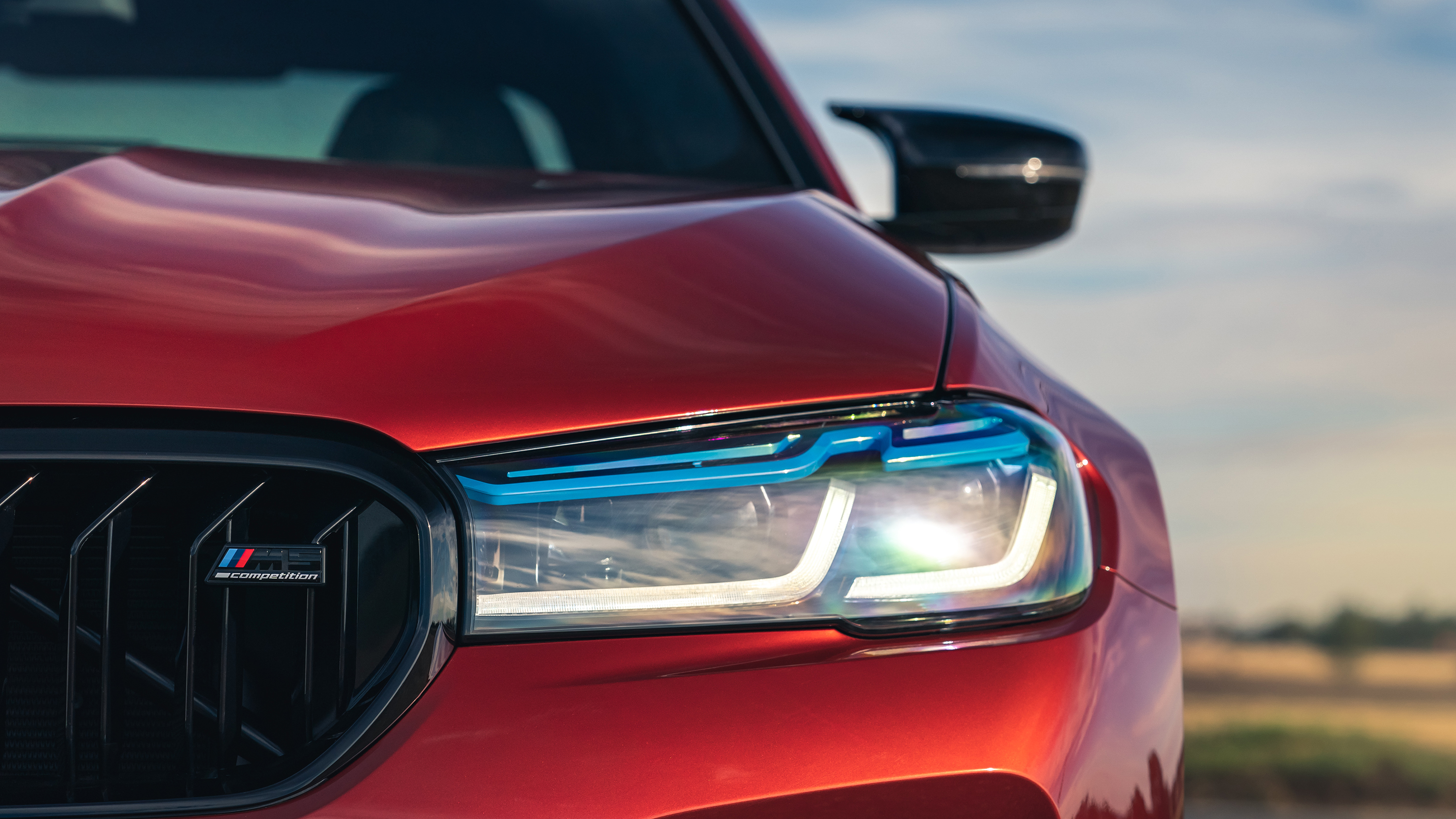 1 / 21
Advertisement
“The quickest M5 ever is also the comfiest M5 ever. Maybe the most complete super saloon of them all ”

Rocketship pace in a sensible(ish) suit

There's room for a bit more edge, although the CS has that covered

Like you even have to ask. The BMW M5 is an icon of the motoring world. Back in 2020 this current generation F90 enjoyed a similar refresh to the regular 5 Series, but with one crucial difference. While the regular saloon saw its range swell with a handful of new engine options, the M5’s halved, from two to one. That means in the UK you can now only have the full-bore M5 Competition. And we’re the second biggest market for the M5 behind America (yep, ahead of Germany) so we ought to know a thing or two about how to buy one of these.

Not in the UK, friend. The year 2020 definitely dealt us trickier revelations, but it was an interesting move from BMW, not least because its big nemesis – the Mercedes-AMG E63 – continued with two power outputs and an entry point below £100,000 (just), something the M5 Competition couldn’t offer. In 2022, prices for the M5 Comp now start at £107,520 before options. And you will add options. We’ll get onto those in a sec.

It’s worth remembering that BMW did briefly give us another M5 option, though. The full-fat £140,780, 626bhp M5 CS was the most powerful M car ever built when it arrived in Spring 2021, and although it wasn’t a limited edition BMW only ever planned to build it for 12 months. You can read our full review by clicking these blue words.

What do I get from my M5 Competition, then?

Your sole engine option is an almighty twin-turbocharged 4.4-litre V8 with 616bhp and 553lb ft of torque, which flings its two tonnes (including driver) to 62mph in 3.3 seconds. Three point three. Bullets have left guns slower than that. Your top speed depends, again, on options. It’s 155mph as standard, or 190mph with the M Driver’s Pack…

… which is incorporated into a £7,995 ‘M Pro Package’ or the £19,000 ‘Ultimate Pack’ that gives you all the juicy stuff in one hit. Carbon ceramic brakes, a carbon engine cover, that higher top speed, heating and massaging in the seats (to make 190mph feel as comfy as 70mph), a big stereo and even digital televisions in the back. BMW says 15 per cent of people go for it in the M8 Competition.

So there’s M8 input here, is there?

Yep, the M8 actually influenced some of the other tweaks for the updated M5. The suspension set up from the M8 Gran Coupe is slotted in here, surely upping the big Five’s comfort game in light of the plusher AMG E63. There’s also an M Mode switch on the centre console, which sets the car up ready for sporty road driving or gritted-teeth track driving with a respective push or hold of the button. Separate to all the engine and chassis settings (toggleable via separate M buttons on the steering wheel), this new one shuts off the stereo volume and safety systems at increasing levels for road and track.

Extra complexity? But of course. Modern sports saloons are full of it, and the M5 retains the xDrive four-wheel-drive system of before, one which switches to rear-drive only when you want to make mischief. But you’ll leave it largely alone, as it throws so much power to the back of the car in 4WD you’re hardly bumbling around in an understeering mess if you simply press the starter button and head off. On that note, click through to the Driving tab for more… 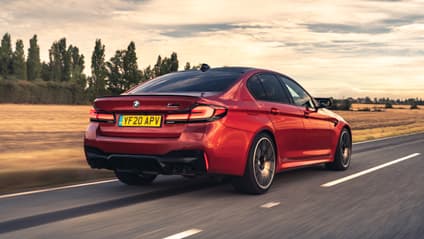 “The quickest M5 ever is also the comfiest M5 ever. Maybe the most complete super saloon of them all”

Is ‘too complete’ a valid criticism? The M5 Competition is almighty in its performance and comfort, but found a little wanting when you want a bit of verve and attitude at everyday pace. The kind of pace that doesn't trouble your own morals.

We could list a dozen performance cars the same is true of, however, and at least as a big, posh four-door, this car’s not solely about putting a grin on your face. It’s about slipping into everyday life too. Which the M5 will with utter class.

Merc’s mighty (but soon to be replaced) E63 shows us what’s possible when a bit more anger is allowed to bubble to the surface, but in truth the pair of them – as well as Audi’s staggeringly good RS7 Sportback – operate at such high levels now they’re achingly hard to split. Try them all before you pick which one’s for you. 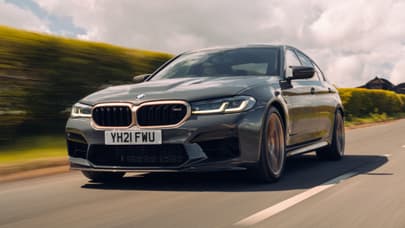 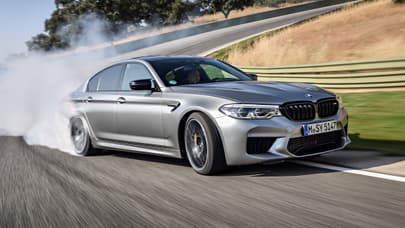 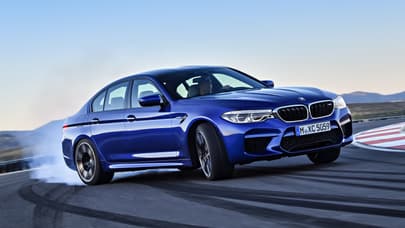