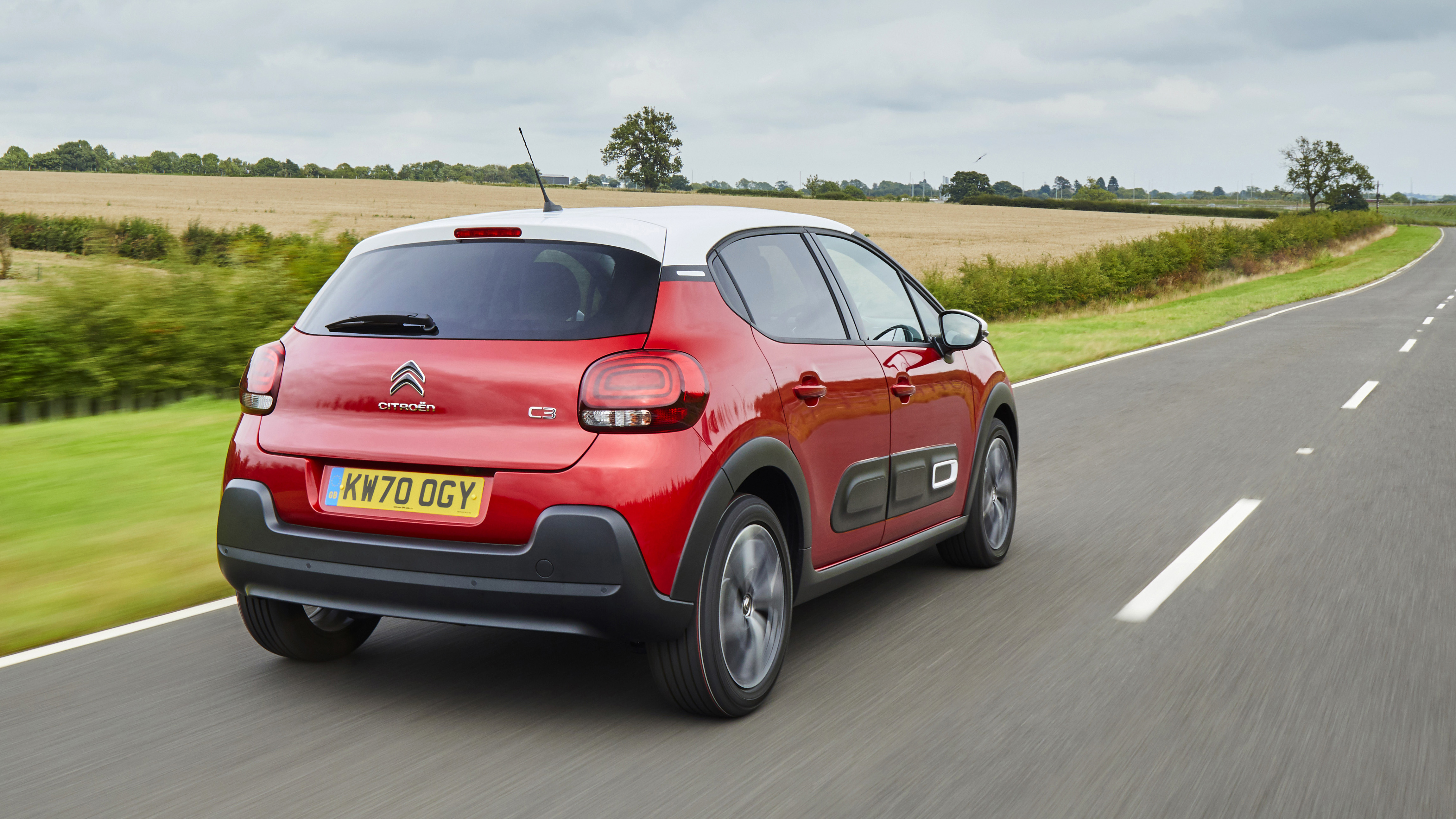 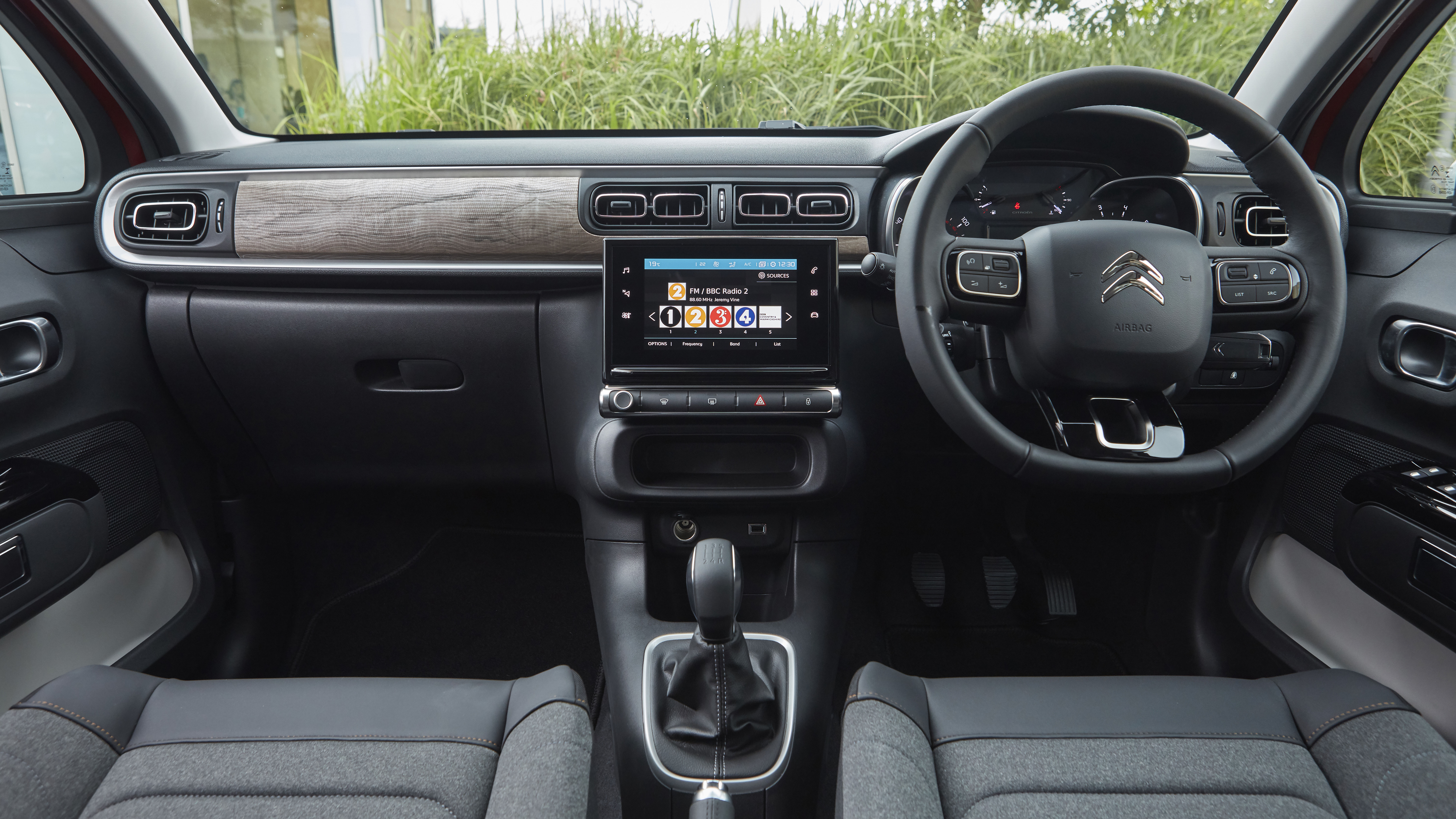 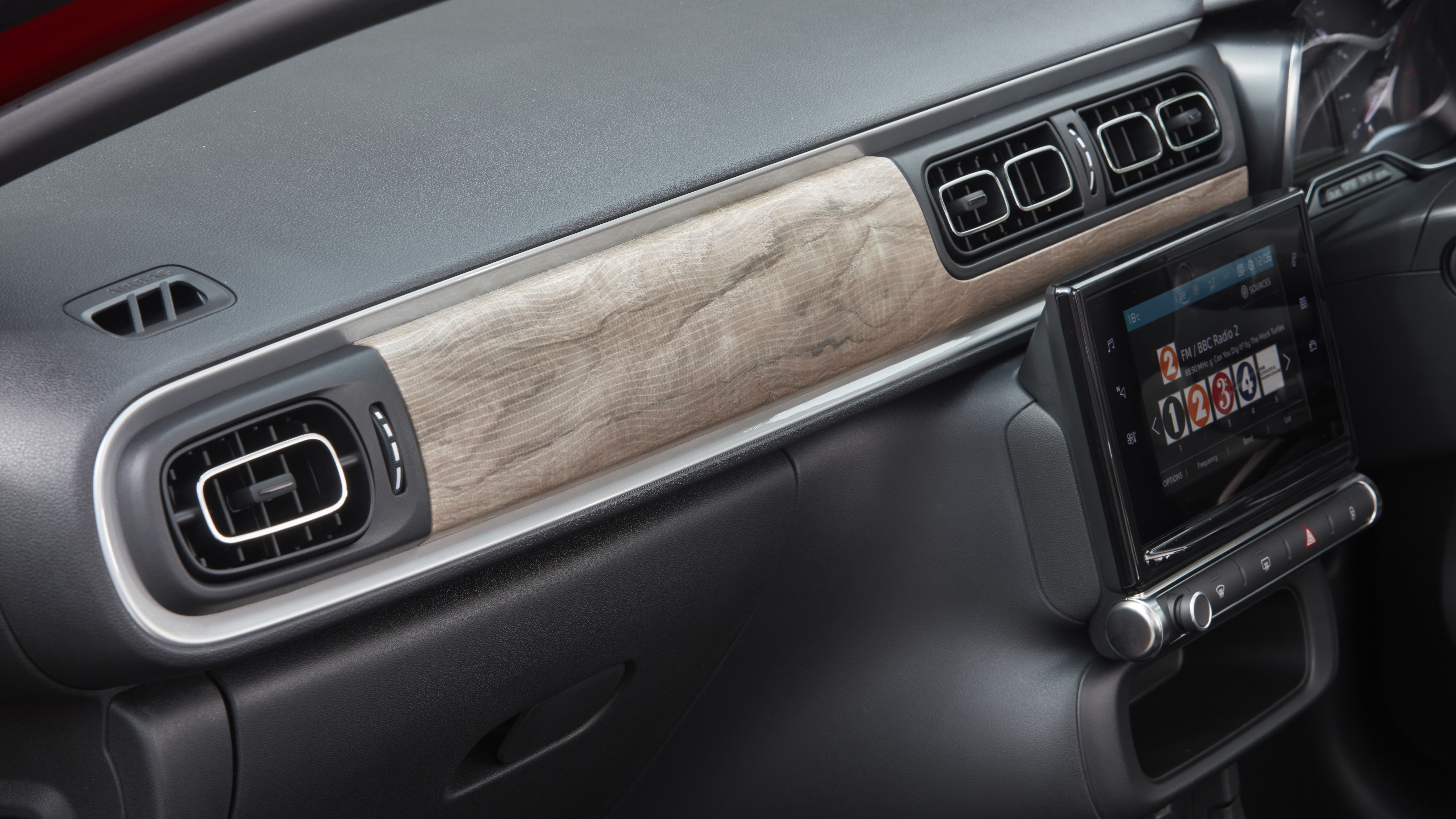 Citroen has attempted to go upmarket with this mid-life update, and in its own words, create a ‘home from home’. There’s evidence aplenty, so let’s start with the obvious – those armchair-like seats, as found in the C5 Aircross SUV and C4 Cactus Hatch. Broader and flatter than most car seats, they feature an additional 15mm of surface foam plus adjustable lumbar support (on the driver’s side) – not that we could test this because the plastic handle kept coming off. French build quality, eh?

There’s two new interior finishes in addition to the standard black: Techwood, which has a light wood appearance, and Emerald, which is, er, emerald. Noticeable by the dashboard panel and co-ordinated striped detailing on the seats, Techwood looks best – very Scandinavian, but it works. Want it? It’s a £400 option on Flair versions, or standard on Flair Plus models.

There’s plenty of space for passengers. Second row legroom is reportedly ‘unrivalled’, but is still tight for six-footers. There’s plenty of storage space, as well as smart little touches such as leather pull straps on the doors. The 300-litre boot should be enough for most everyday activities, including any canine companions, if they can get in over the rather high load lip.

As standard, every model includes a seven-inch touchscreen with a Connected Services package consisting of Connect Assist (safety and assistance), Connect Nav (navigation) and Connect Play (infotainment). In-built sat nav is an optional extra, but given Apple CarPlay and Android Auto compatibility, it’s not necessary, and we prefer the Google Maps or Waze graphics anyway.

The screen also operates the radio, car settings, and climate controls – in short, pretty much everything; there’s little else to the centre of the dashboard. And while the screen – graphics, response, etc – works well enough, we would have preferred the climate controls to have their own buttons and/or knobs. Less distracting that way.

What else? Ah yes, there’s 11 advanced driver assistance systems, including active safety brake, intelligent beam headlights, and for the first time, front parking sensors. There’s also a built-in dashcam option, allowing you to capture images or videos and post them on social networks via the app. In the event of an accident, recording is also automatically activated, and at a cost of just £150, it’s worth it if only for your peace of mind. Shame it’s only available on Flair Plus models, mind.