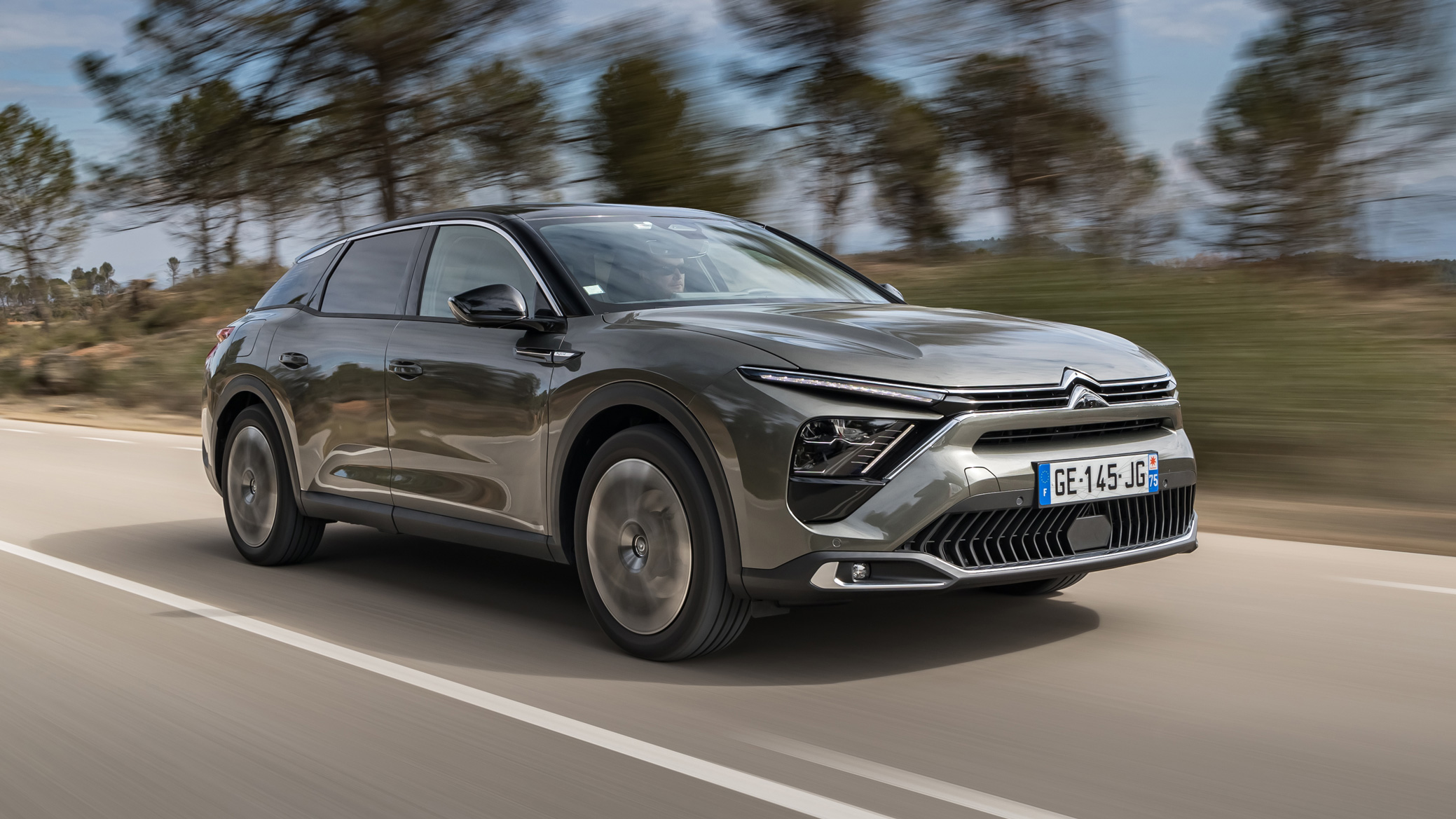 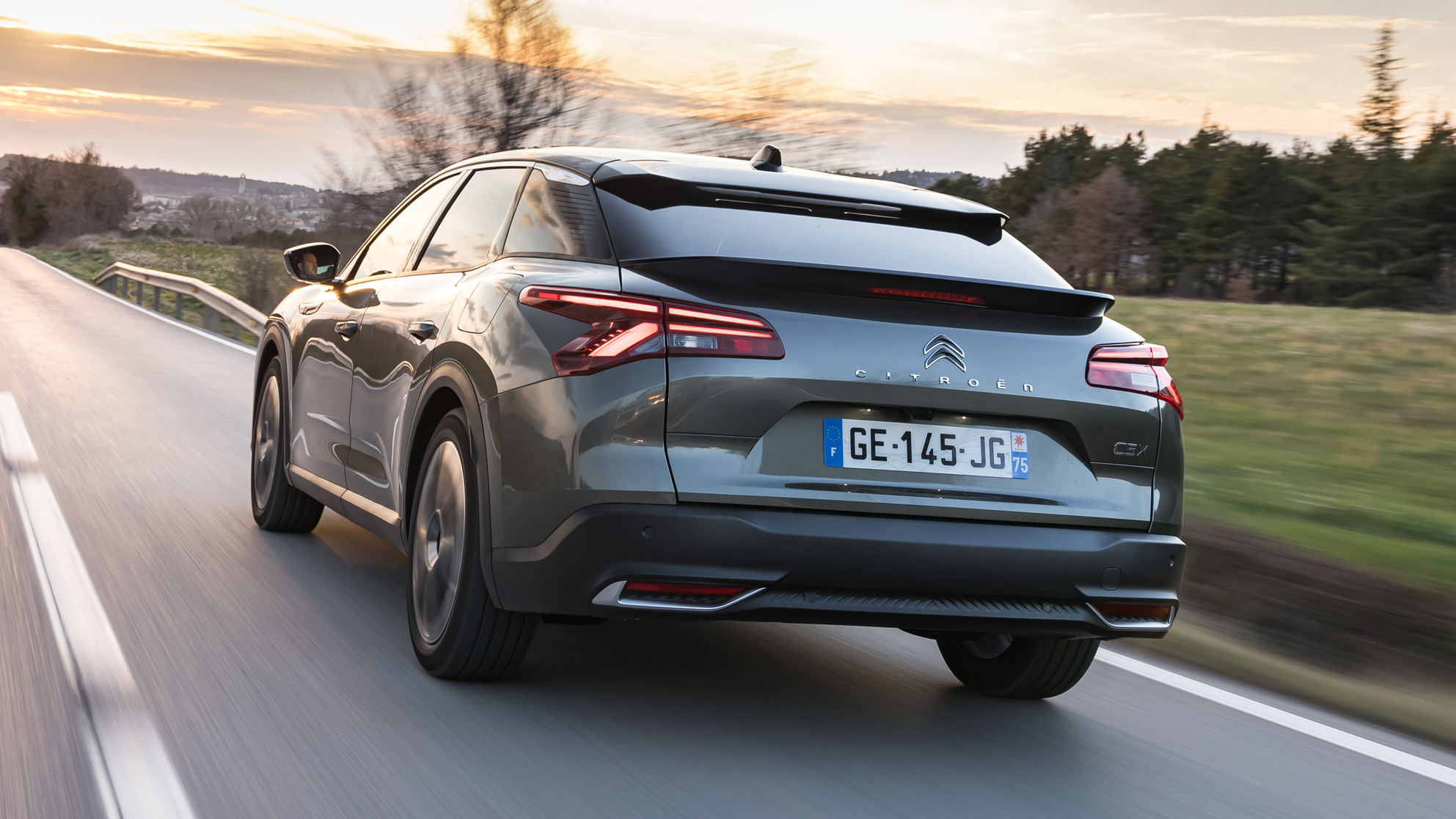 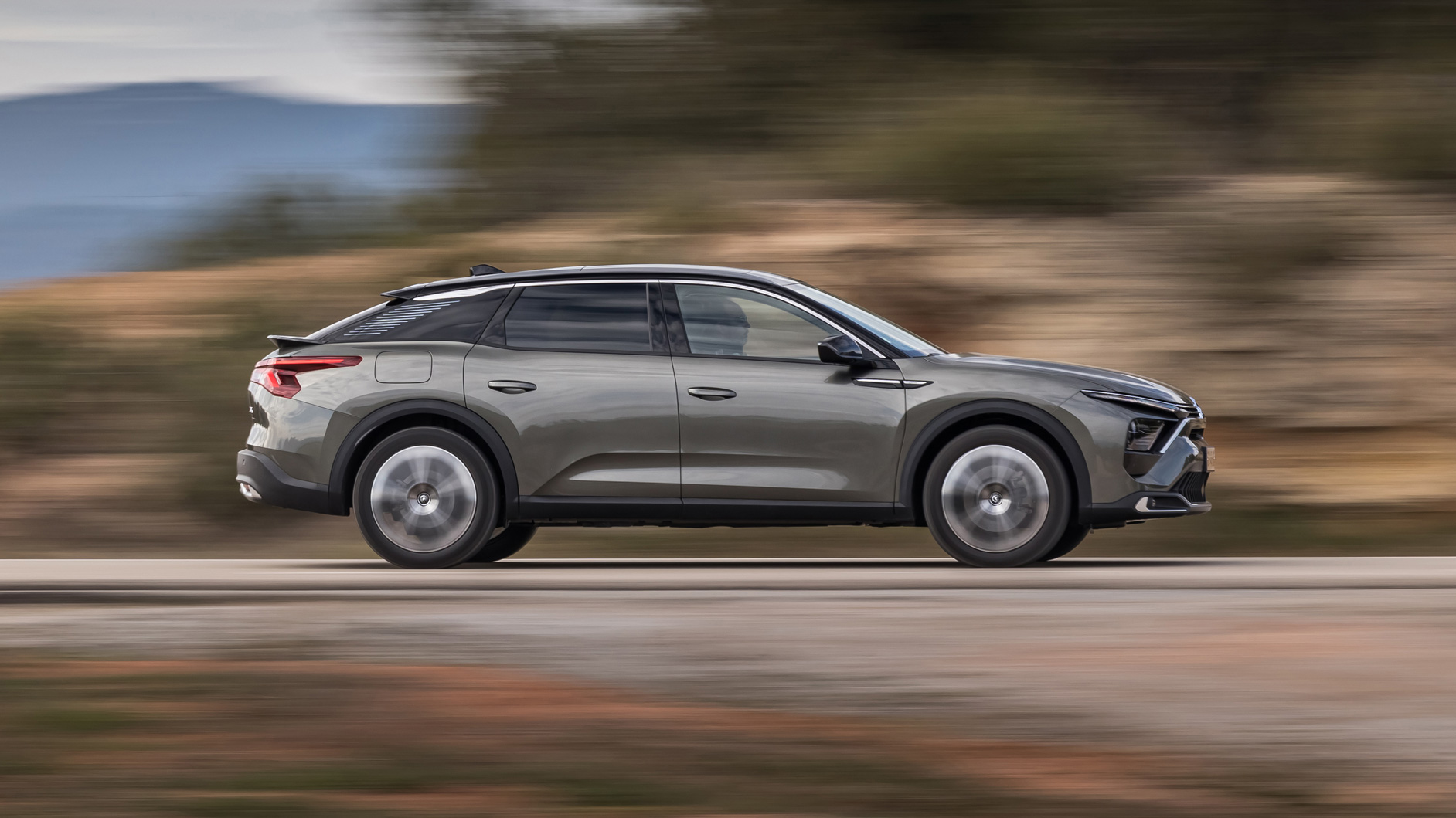 Agreeably distinctive, nice to be in, comfy, better to drive than most crossovers

The PHEV version has too many dynamic drawbacks

Citroen has a tradition of big eccentric cars. For all their unique attractions, none has been without irritation. So none of them have been big sellers. Which makes you wonder how thirsty Britain will be for this one, the C5 X. Which is a pity, because it's good.

In technical terms it might not be as revolutionary as some of those forebears, but the body makes up for it.

In some ways it's a big hatchback, except the tail end is longer and there's no loading sill, so you could use it as an estate. The body is raised up like crossover's, and there's a bit of lower-body cladding. But the roof isn't as high as a crossover's and the drag and weight are lower. So it's a bit of many things but not wholly anything, except, Citroen thinks, a new thing.

So does it look a bit of a mongrel?

It's a confidently handsome thing. For sure it doesn't look like anything else. You wouldn't say 'there's an estate' or there's a crossover'.

You might very well say 'there's a Citroen'. See the chevron front and rear lights, the shaping of the flanks, the typical big-Citroen fastback. Is it just us or do the little peaks at the sides of the roof spoiler echo the indicators on the 1955 Citroen DS? Just us then.

The basic design was already done when Citroen got a new design director three years ago, Pierre Leclerq. He tells us the main effort after he arrived was to pull in the panels on the sides, improving the stance by apparently pushing the wheels out. And yes, it does mostly look a well-balanced car, and disguises the front overhang well. Broadly, its size is in the ballpark of a VW Arteon or Peugeot 508. It's certainly roomy, front and back. If you think in numbers, it's 4.805m long. The boot is 545 litres, which in a non-numerical appraisal equals massive.

Is it as comfy as the Citroens of my imagination?

Pretty much so. All that space helps. The cabin is modern and well turned-out, and the seats are soft. Ergonomics, switchgear and screens are easy enough to use, which is good for your mental wellbeing. Being slightly raised up, it's easy to get into and out of. The suspension has a lovely long-legged gait. The tall narrow tyres are supple and quiet.

So a boat to drive?

Despite the height and softness it doesn't go all Marie Rose at the first corner. Not at all. The steering's really well done, and roll is well checked. It manages to feel both substantial yet light – especially the three-cylinder petrol one.

In fact the powertrains are pretty critical to the experience here. There are two petrol engines with eight-speed autos. They're straightforward and pleasant enough, and they let you bowl down a B-road quite enjoyably.

There's also a plug-in hybrid, which does miracles for fuel economy on short trips, and BIK tax, and gives you lovely silent urban electric running. But on curvy roads it casts a miserable shadow on throttle response, gearchange strategy and braking progression. Don't say we didn't warn you.

Just because there's nothing like it doesn't mean it has no rivals. When you look at what people might own – a budget-brand big estate, or a mid-size crossover most likely – the C5 X is fine value. Always a good start.

It's also a very pleasant thing to sit in, to ride in and – more of a surprise this – to drive. It doesn't feel like a re-dressed Peugeot 508 either. It has a definite character of its own.

Despite TG’s best efforts over the years to point out that crossovers aren't great to drive, they keep taking over the family-car world. That very dominance is making them even more boring. The C5 X is a better-driving more interesting alternative.