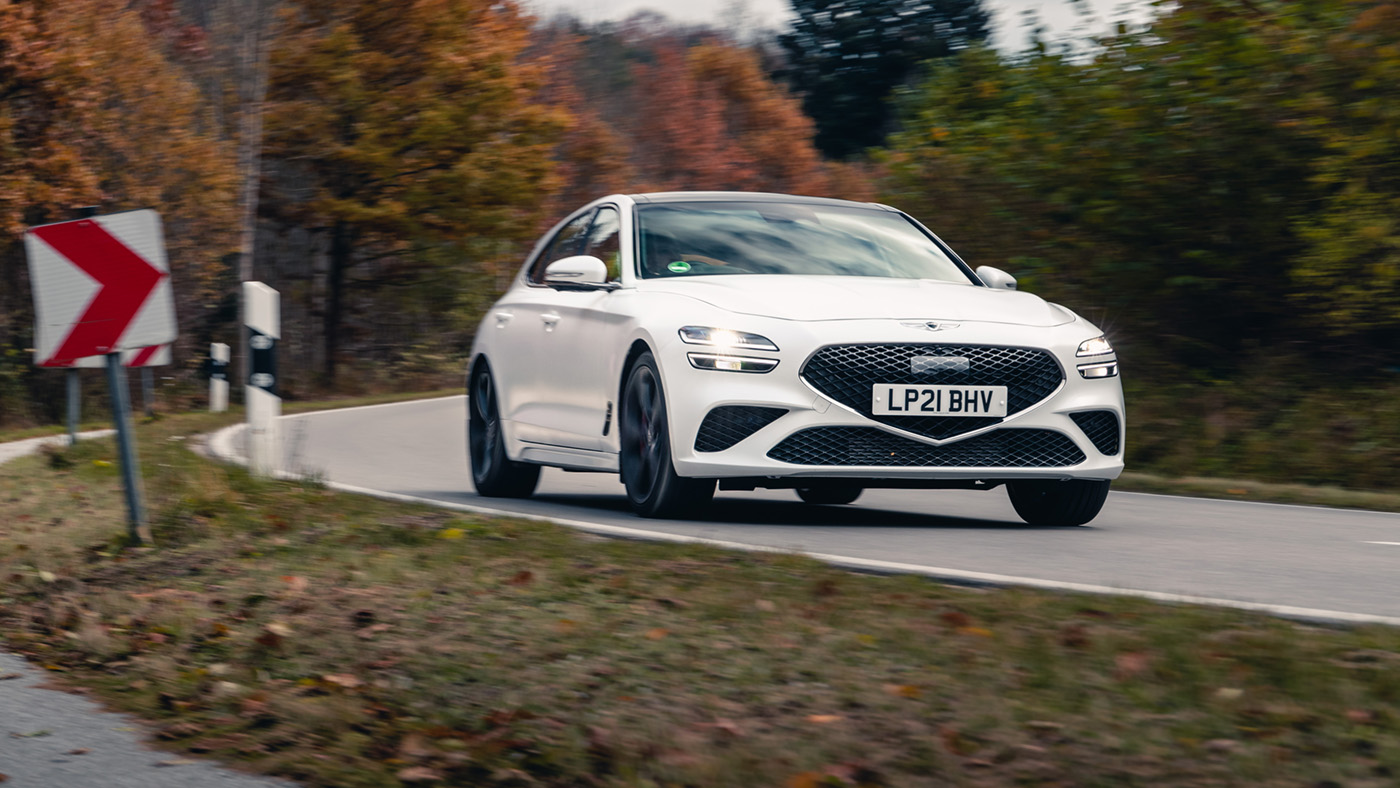 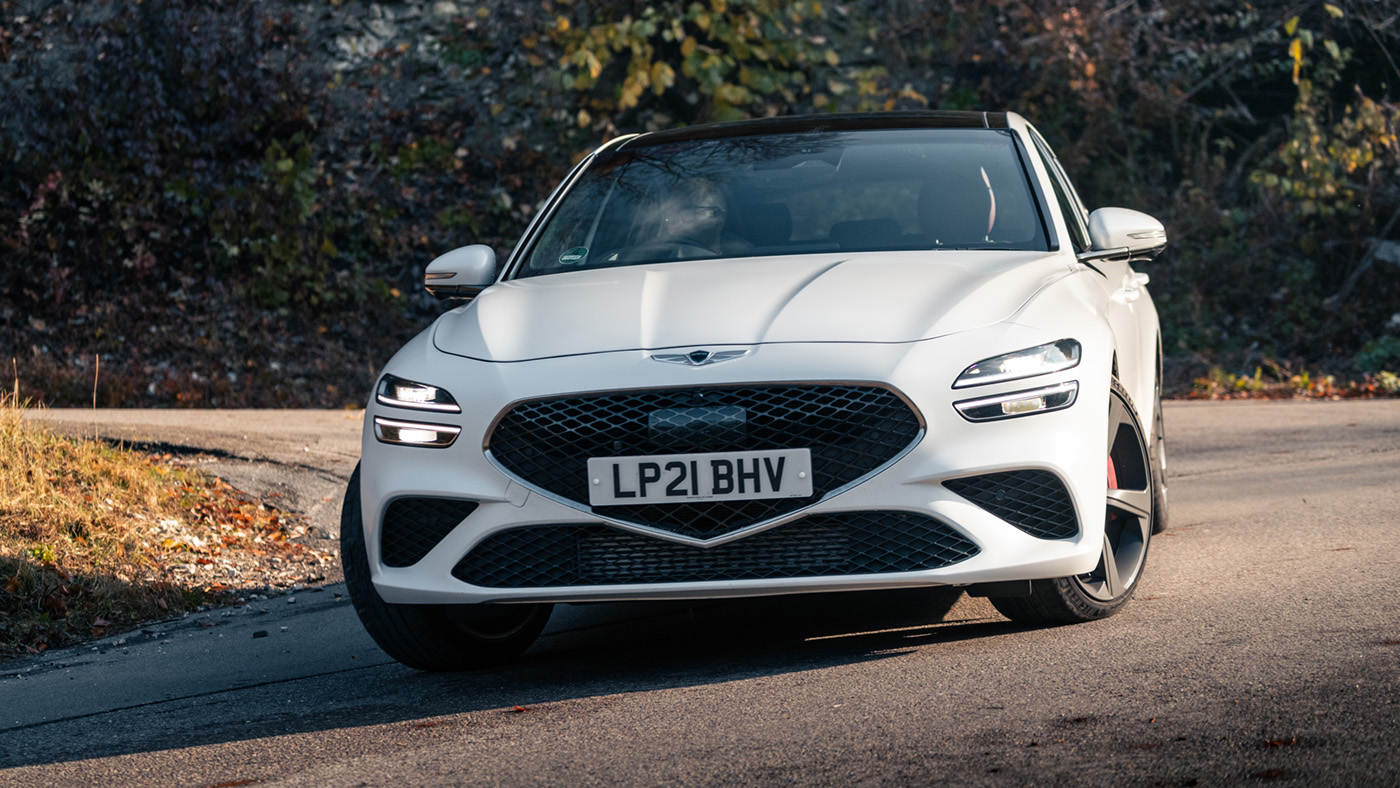 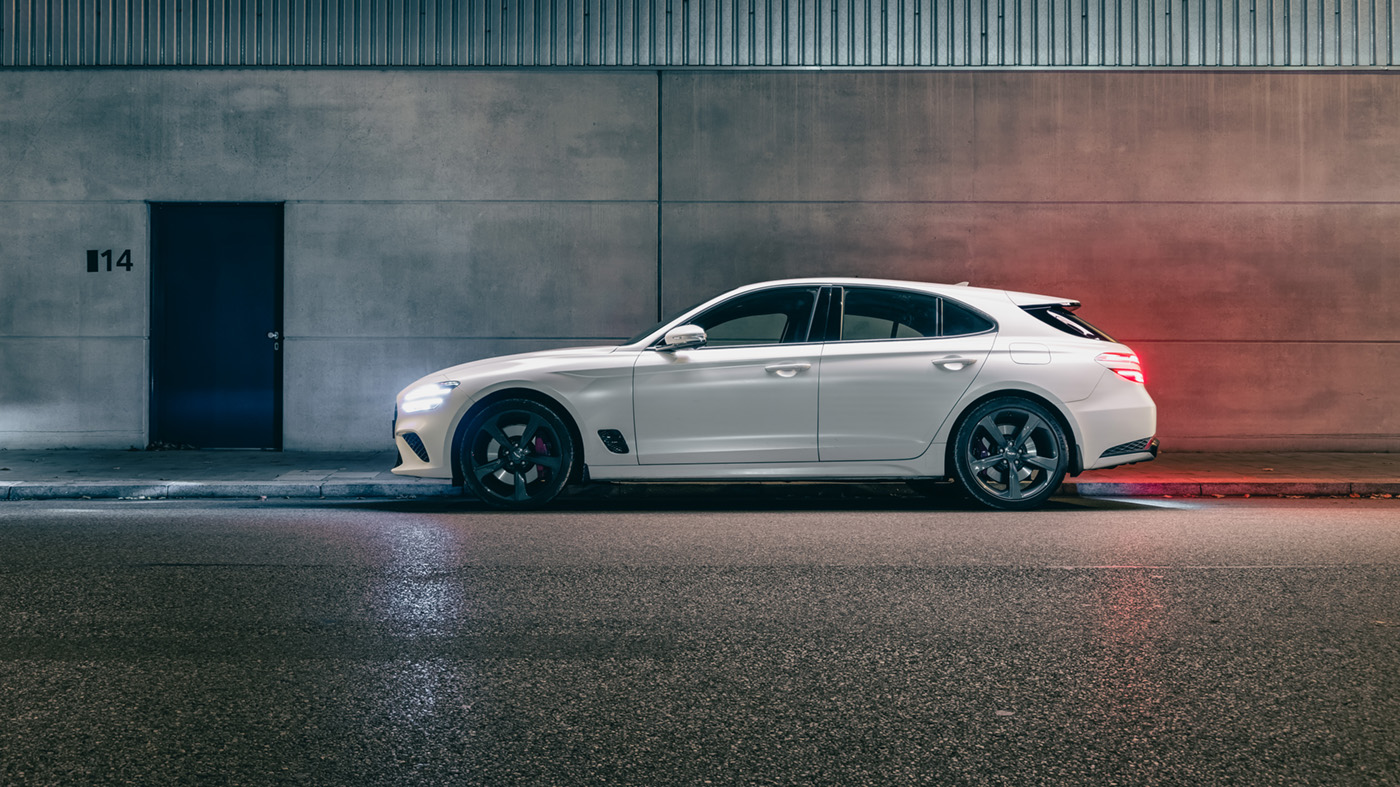 It's a bit too old-school to recommend. Where are the electric options?

You’ve probably heard about Genesis by this point – it’s not the thing in the Bible, and it’s not Phil Collins, it’s Hyundai’s posh brand. It’s actually been around since 2015, peddling poshed up Korean cars around the world. But not in Europe, until now.

To be fair, the brand is trying hard to do things a little bit differently – there are no dealerships, just shopping centre outlets where you can have a nose round some of the company’s output on the way to get your new shoes, but when your service is due Genesis will send someone round to pick the car up for you (if you live in what it deems the correct part of the UK). So that’s nice of them. The company is also offering a subscription service for its cars, where presumably you get one a month until you’re sick of them and cancel the Direct Debit.

What about the cars?

The cars have been a bit of a disappointment so far, though, it must be said. We’ve got the G70 and G80 saloons, and the GV70 and GV80 SUVs, all of which are a few years old and a bit same-y. No one’s going to crack the almost unbreakable hold the Germans have on the premium market with that kind of attitude.

There must be something exciting coming?

Fortunately there are some exciting cars on the way, starting with this one, the G70 Shooting Brake. The G70 itself has just had a facelift, so it’s been freshened up but it’s not brand spanking new. This estate version of the car is bespoke for Europe, though, so that’s a bit exciting.

The G70 is a BMW 3 Series/Audi A4/Mercedes C-Class/Alfa Giulia rival, so it’s being fired out of a cannon straight into a rather closely fought battle. None of those offerings looks quite like this, though, so there’s a strike in the G70 Shooting Brake’s favour when it comes to standing out in the golf club car park. Or more likely the train station car park.

Unsurprisingly, yes, it does a bit – it doesn’t handle with the alacrity of a classically European car, but that’s not necessarily a bad thing. At some point along the line we’ve all got tangled up with the notion that a premium car has to be sporty, which our backs kindly ask that we have another think about. The received wisdom would dictate that Genesis has to slavishly copy the German model to succeed, but we hope that it can carve out a niche for itself.

The main problem with the G70 (and not just the Shooting Brake) is that the engine options are horrendously outdated – you get the choice of a 2.2-litre diesel or a 2.0-litre turbo petrol in two states of tune, all of which are quite thirsty. Not even a sniff of a plug-in hybrid or electric version at the moment, which seems like a missed opportunity. Would anyone have missed Genesis in Europe for a few more years while it assembled an all-electric line-up?

Is the G70 SB posh inside though?

Genesis has made a pretty good stab at a fancy interior here – there are some rough patches, but the look reminds you of Bentley, which can’t be a bad thing. There’s loads of fancy tech to try and win you over to the cause and while the dashboard is a touch old-fashioned, that’s actually a big plus in our book. The touchscreen hasn’t taken over the car, there are actual buttons that you can use on the move without being dangerously distracted – let’s hope that doesn’t get lost in any future updates. 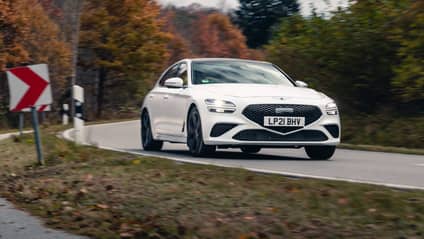 The G70 Shooting Brake wins at some things, fails at others – as a new entrant in the premium market up against solid competition it has its work cut out to make a success. It’ll make a splash with its distinctive looks, but Genesis surely has to be looking to the future and this car isn’t quite it. The company is looking to shake things up with its ownership proposition though, and it seems happy to try doing a few things a bit differently to everyone else (buttons, thank God for the buttons). That’s something we can definitely get on board with, but the powertrains and Jekyll and Hyde character of the Shooting Brake let it down.