£397 p/m
External link to
with Leasing.com
Read why you can trust our independent reviews
Top Gear Team
Published: 05 Feb 2021
Skip 24 photos in the image carousel and continue reading 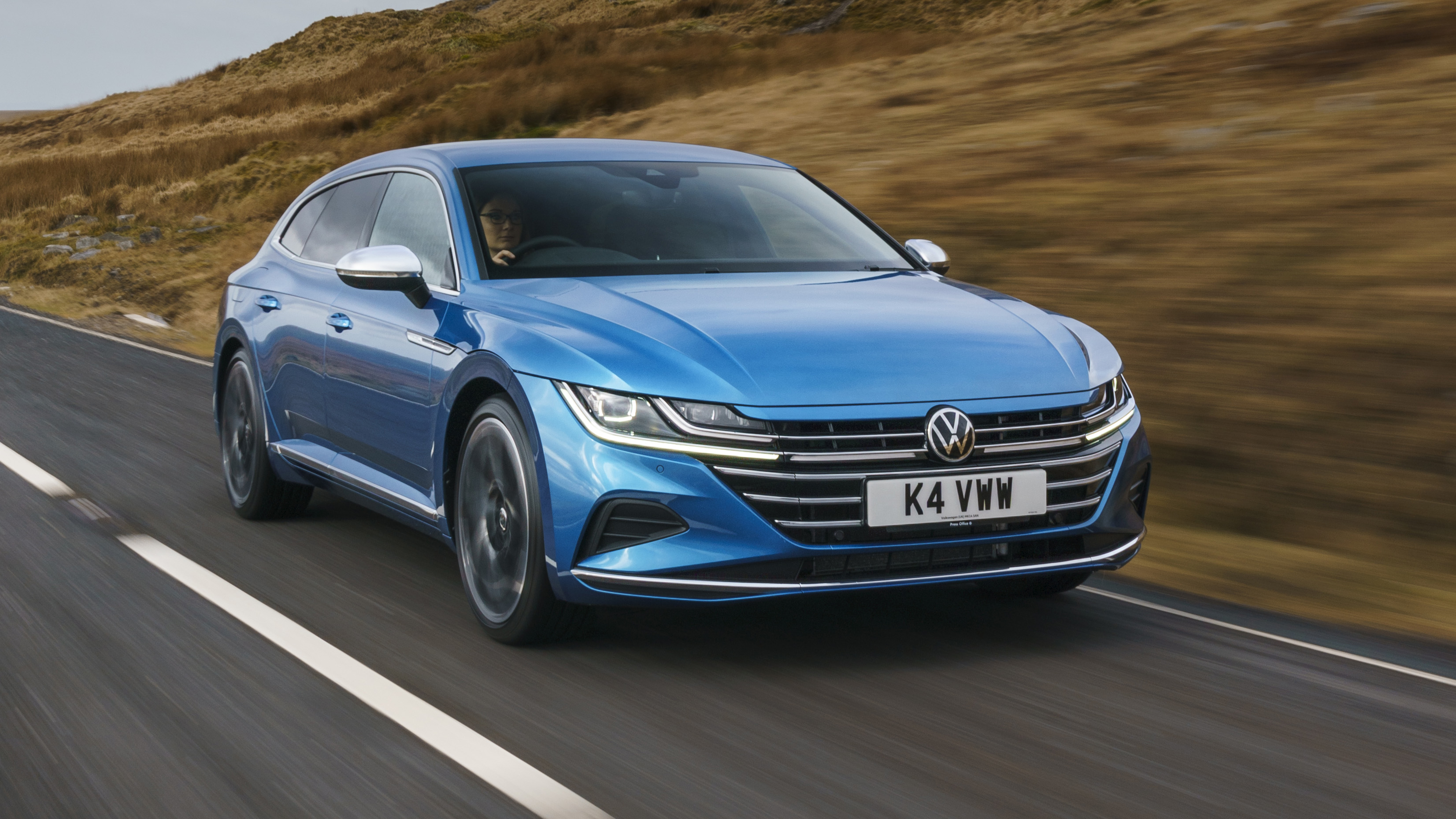 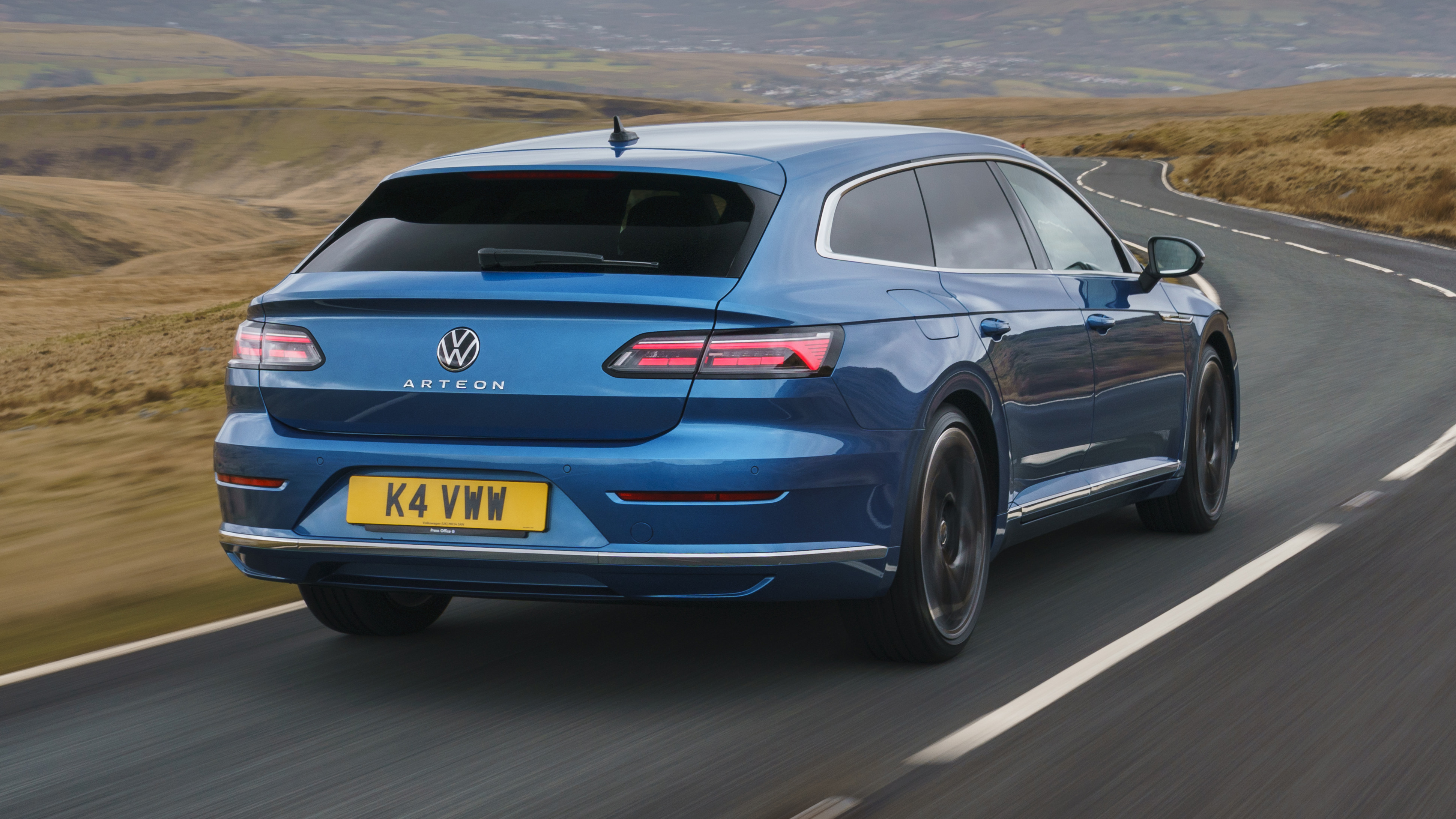 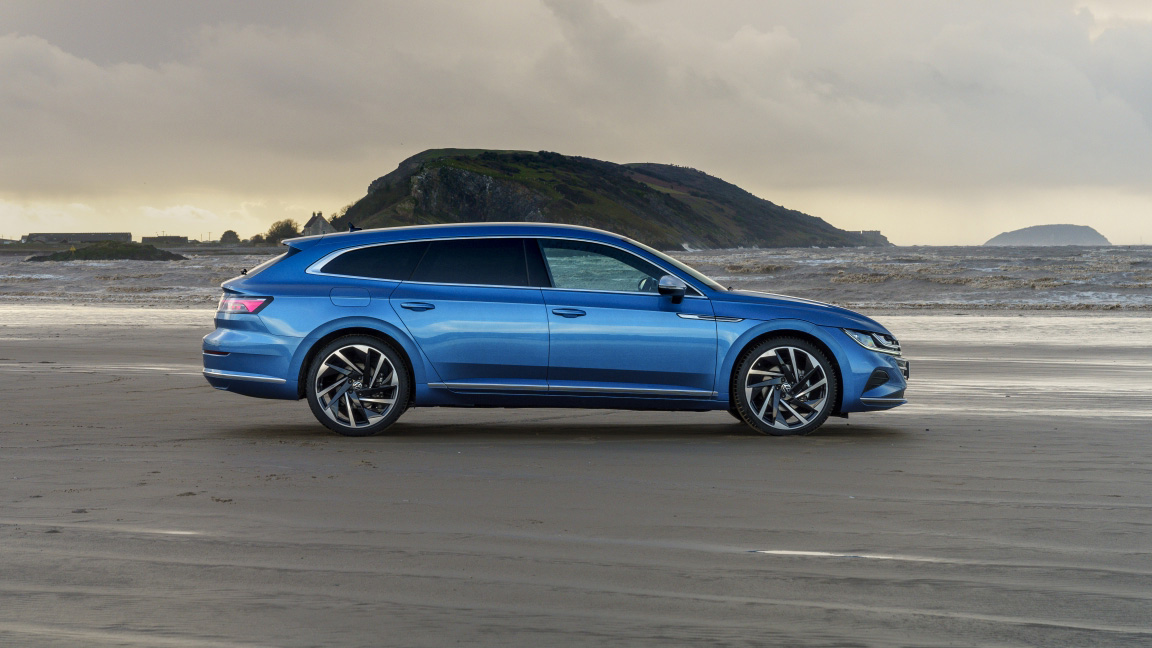 1 / 24
Advertisement
“A fine, good looking practical estate and a great cruiser. Just don't buy it for the thrills ”

Not as dynamic as it looks, less economical than the hatch

A Shooting Brake comprises but two doors, traditionally used for hunting parties to carry their hunting paraphernalia (read: massive guns). The Arteon – like Mercedes’ equally dubious naming of the CLA as a Shooting Brake – has exactly 100 per cent more door and is definitely not built to house massive guns.

So, it is an estate. Fits better when you say it like that. A swoopy estate. And identity crisis aside, it is an exceedingly handsome, swoopy estate. In this guise, the Arteon builds on its supernatural ability to elicit a fair bit of reaction from passers-by. Prepare to be approached at petrol stations and in supermarket car parks, because people will want to talk to you about it. As you shouldn’t really say, it’s much better ‘in the metal’, which means when you see one in real life as opposed to on a screen, it’s got movie-star presence.

Interestingly, VW reckons the sales split between this car and the hatch will be an even 50:50.

The refresh of the Arteon range that gave birth to this Not-A-Shooting-Brake version brought with it updated infotainment, better-finished materials, bigger wheels, and VW’s newly found pastime of stepping on a comedically-placed broom and smacking itself in the face – out go traditional climate control buttons, in come touch-sensitive sliders. Progress. Huh.

The I’m-Technically-An-Estate-Dontchaknow gets a range of diesel and petrol engines, which are pure heartland VW. There are 1.5-litre and 2.0-litre petrol engines, a 2.0-litre diesel, a plug-in hybrid (1.4-litre petrol, e-motor, some e-only range) and rather excitingly, a full-bore R version.

While VW considered sticking in a VR6 for this R, it eventually landed on a 2.0-litre turbo making 316bhp and 310lb ft of torque. So, basically any hot VW Group car you’ve read about in the last decade. This R version of the Please-Stop-Calling-Me-A-Shooting-Brake is rapid, too: VW reckons on 0-62mph in five seconds. Thanks, AWD! Can’t wait for that one.

But away from the hot one, we must first investigate whether the Arteon Estate’s talents are more than just skin deep. Is there anything beyond an attractive exterior? Are you getting any benefit from choosing this over the regular Arteon hatch? Will these questions ever end? Let’s find out. 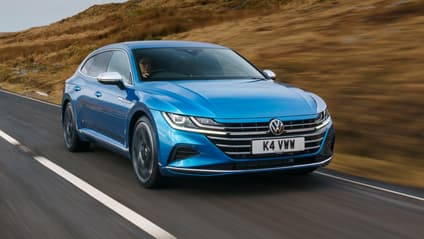 “A fine, good looking practical estate. Just don't buy it for the thrills”

Objectively, it’s a fine car. Good-looking, comfortable, well-built, spacious and an ownership experience that won’t require too much mental lifting. Competitively priced, too.

Driving thrills aren’t a particularly glowing asset, though, and whether that’ll one day creep up on you will likely influence how you feel about it. Safety and dependability is all well and good, and it's a superb long-distance cruiser, but a lack of dynamic enthusiasm might start to wear after a while.

Still, it’s a cooler car than its hatch sibling, and if you’re already sold on that car’s looks, this one’s but an £800 step further. 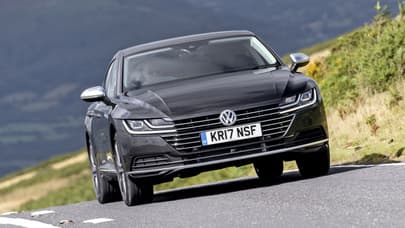 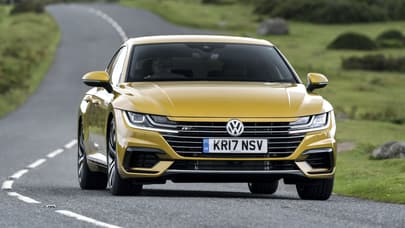