Read why you can trust our independent reviews
Top Gear Team
Published: 15 Apr 2022
Skip 21 photos in the image carousel and continue reading 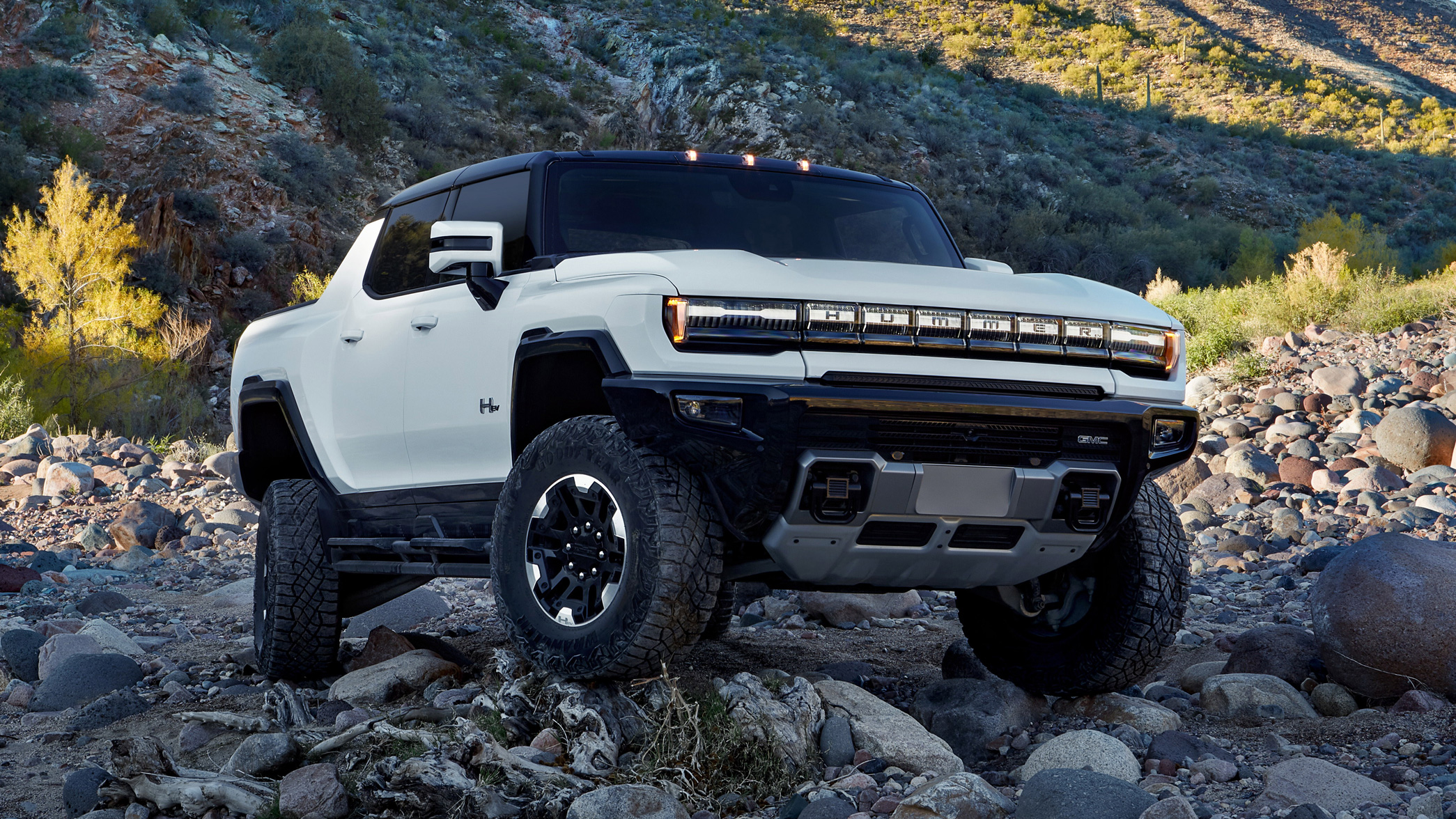 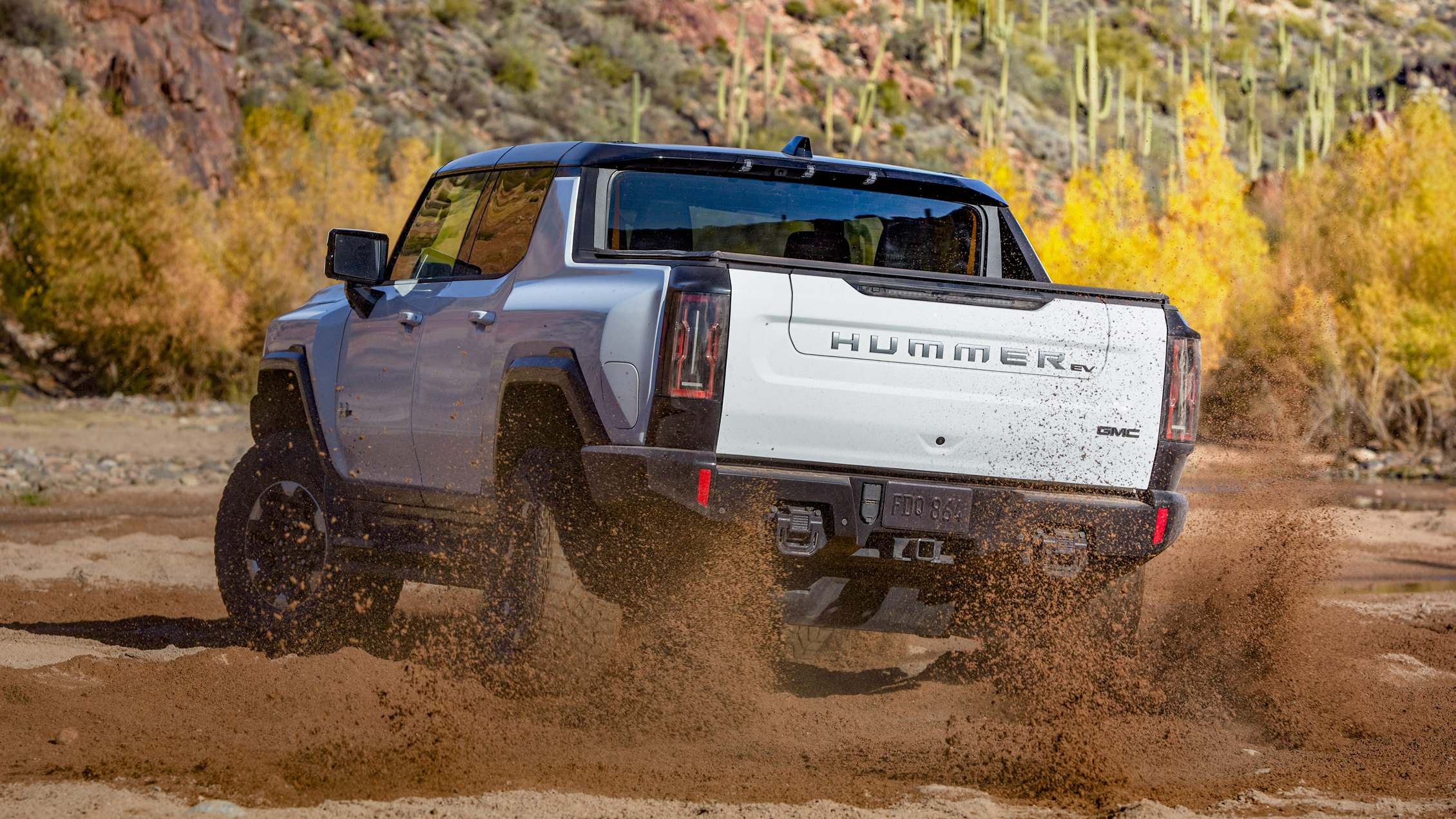 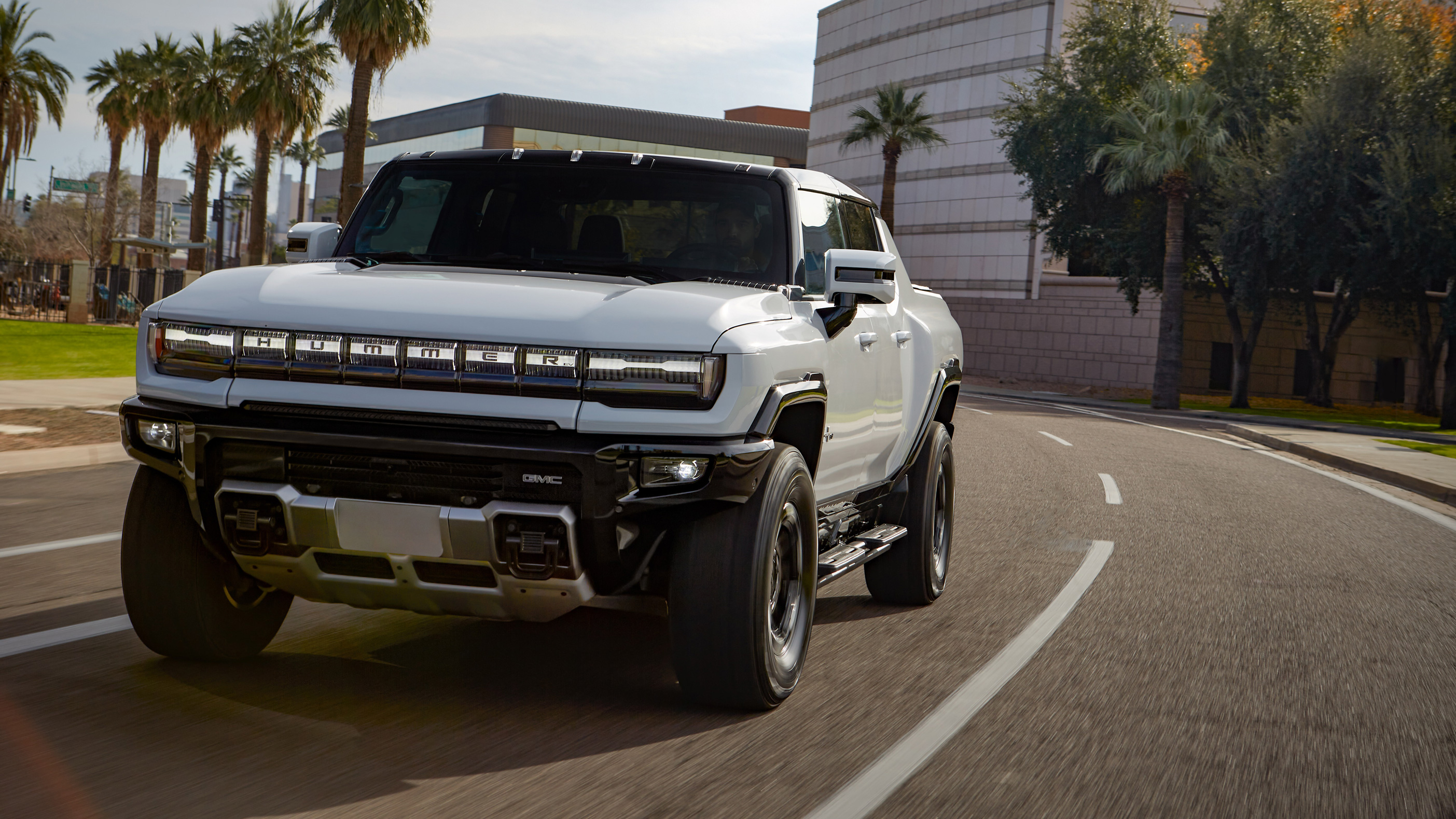 1 / 21
Advertisement
“It's quite hard to convince ourselves this HEV really exists. But vehicles this fun don't come along very often ”

Fast, nimble, comfortable, well-built, fun to drive and be in

It’s very heavy; not the most efficient way to use kW

Eighteen feet long, six and a half feet high, more than seven feet wide and weighing more than four tonnes…. On first glance, this really couldn’t be anything other than a Hummer, could it? But look closer and you’ll find a world of differences between this, the world’s first EV Supertruck, and the old Hummer H1 that preceded it.

While the basic exterior dimensions are quite similar – and, yes, the track is almost the same, so it can follow a tank in its tracks, too – this new Hummer is a completely different proposition. For a start it’s an EV – packing a power station-sized 205kWh battery pack between the two main frame rails and three motors, two on the rear, one at the front.

Then there’s the focus of the thing. Instead of being designed as a military vehicle and then semi-domesticated into civilian settings, the HEV has been designed, from its 35-inch tyres up to the pop-out roof panels, to be the most fun civilians can have on four wheels.

It has also neatly side-stepped the need to restart its own dealer network by nestling the reborn Hummer brand under the GMC umbrella. So instead of needing its own facilities, Hummers can be sold in existing dealerships alongside the other premium GM truck-based products.

This pick-up version will be joined by an SUV variant next year. That is based on the same chassis, which will also underpin the new Chevrolet Silverado EV pick-up, but varies by having a marginally shorter range and a spare wheel as standard (the pickup does without) bolted onto the rear door.

How did it turn out, then?

There is no sense of it being designed down to a standard or price, and every sign that the team were told to ‘just make it better, more capable than anyone could have imagined’. Despite, or maybe because of, the thing being designed from blank sheet to production ready in just over two years, it is smothered in design easter eggs and engaging details.

The time-strapped EV design and engineering team used the ambitious Apollo 11 moonshot as their rallying theme for their supersized efforts. And there are references to that buried throughout the vehicle. From maps of the Sea of Tranquility, where Apollo 11 landed on the Moon, on the door speaker grilles to the motion graphics in the central screen showing the HEV roving across the Moon’s surface.

Is it all nice design details and no capability?

Not at all. The Edition 1 HEV has 1,000bhp and 1,200lb ft of torque. A range of 350 miles and can be recharged quickly using 800V tech, where available. Plus it has an air-suspended chassis which can lift the vehicle over 15.9 inches high and down to as few as eight. And then there’s rear-wheel steering.

This latter feature, allied to the low centre of gravity from loading the batteries between the two frame rails of the BT1 platform, and the slingshot speed makes the HEV capable of things you wouldn't imagine. On road, it can turn in the same radius as a Tesla Model 3 and accelerate to 60mph equally swiftly (3.1secs).

Then it can SuperCruise hands-free to your destination, even swapping lanes on its own to maintain progress. This second-gen system is now one of if not the best autopilot available. Off-road, it can wiggle its way up tight trails like a vehicle half its size and weight using the available 18 different UltraVision camera views to fill in any blind spots.

Can’t be cheap with all that gear on it…

This Edition 1 version, which is already sold out, comes in at $110k. That might sound like a lot but it doesn't once you’ve beheld and driven the HEV. When you consider that you can easily pay that for a RAM TRX with a bit of dealer margin that starts to put it into perspective. Plus all subsequent versions will be substantially cheaper, too.

“It's quite hard to convince ourselves this HEV really exists. But vehicles this fun don't come along very often”

Even now we’ve driven it extensively on and off road, it’s still quite hard to convince ourselves that this HEV really exists as a production model and not some outlandish concept. But it does, and more than 66,000 people have reserved one, so we just have to get over it.

The other nice surprise is just how fun to use and easy to drive the entire vehicle feels on and off road. There is a sense of humour throughout its detailing that makes it a surprisingly entertaining place to be. There is also a feeling of quality and strength to all the componentry which has never been a trademark of previous Hummers.

It’s not perfect, of course. With all that weight and bluff frontage it eats through the available battery power faster than a small town. And with no engine to smother the exterior noises, there is quite a lot of wind noise and tyre slap. Plus, for all its clever manoeuvrability, it is a challenge to drive on narrow city streets.

But none of those things could or should deter you from trying one for size. Vehicles this fun do not come along very often, so don’t check it off your list until you’ve tried one. It might not fit your current lifestyle, but maybe it’s time for a rethink. Hummer did it to their brand. Now maybe it’s time to do it to yours.