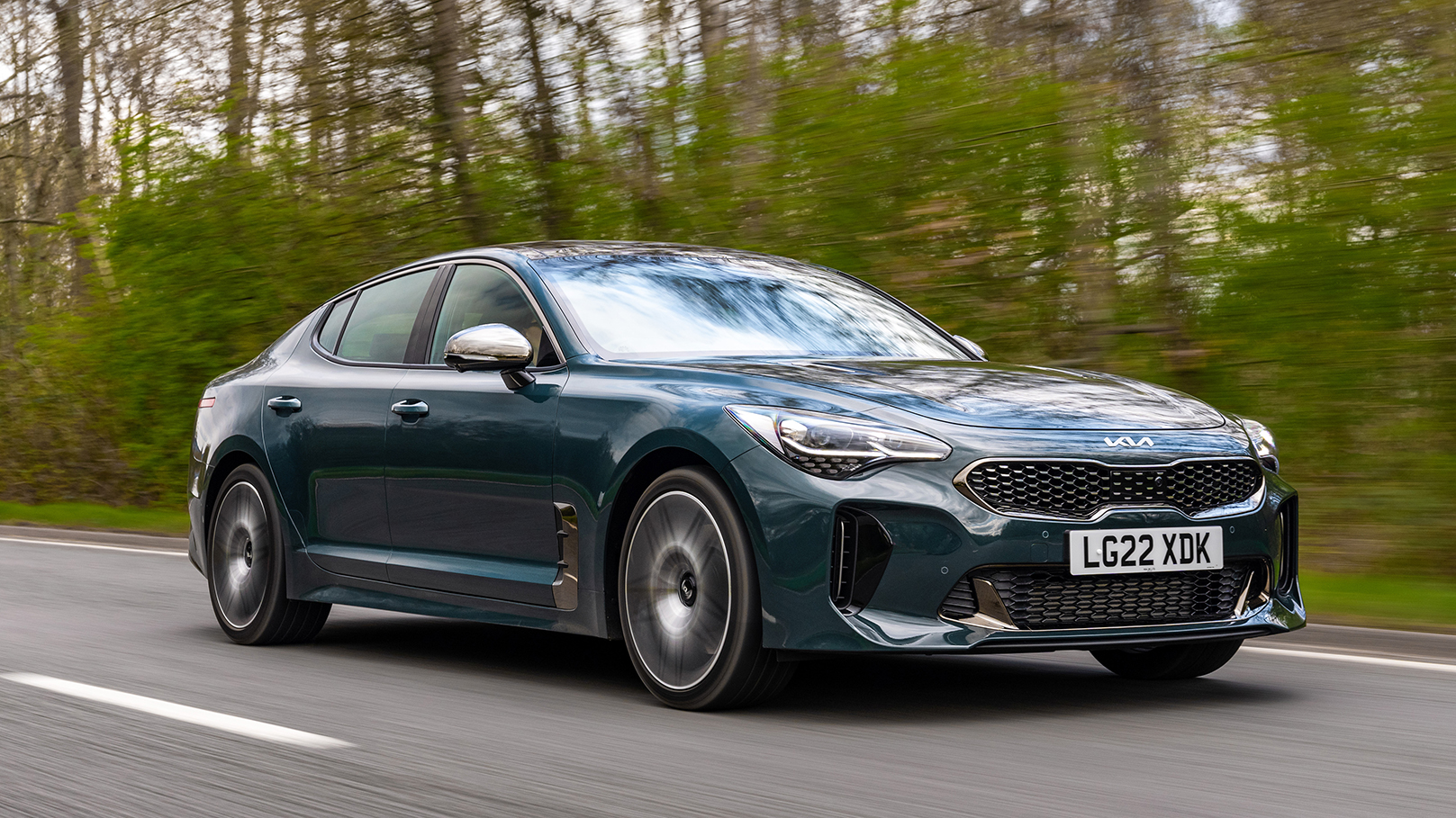 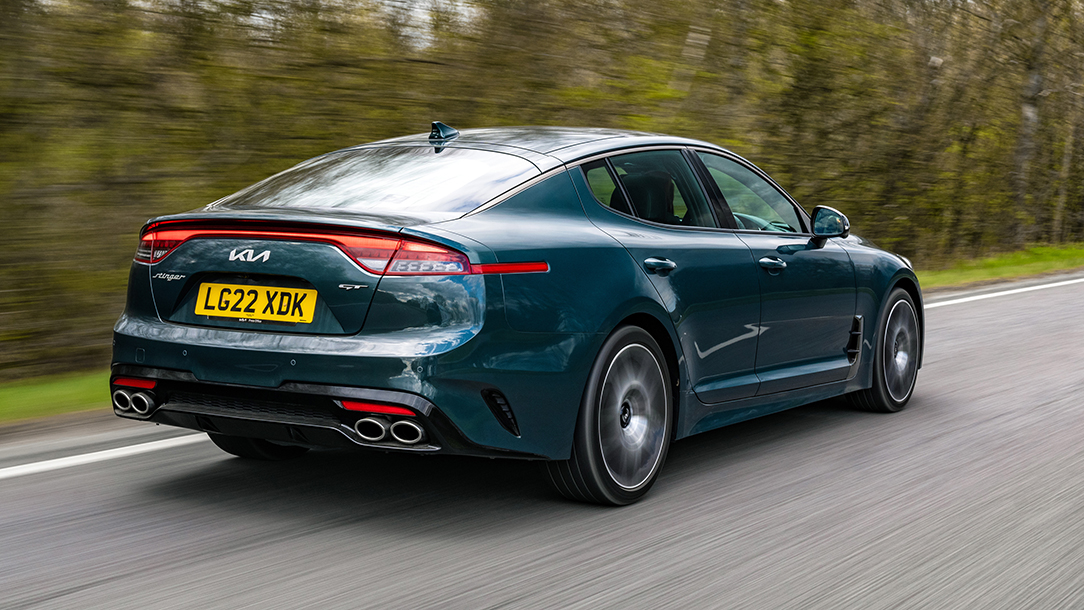 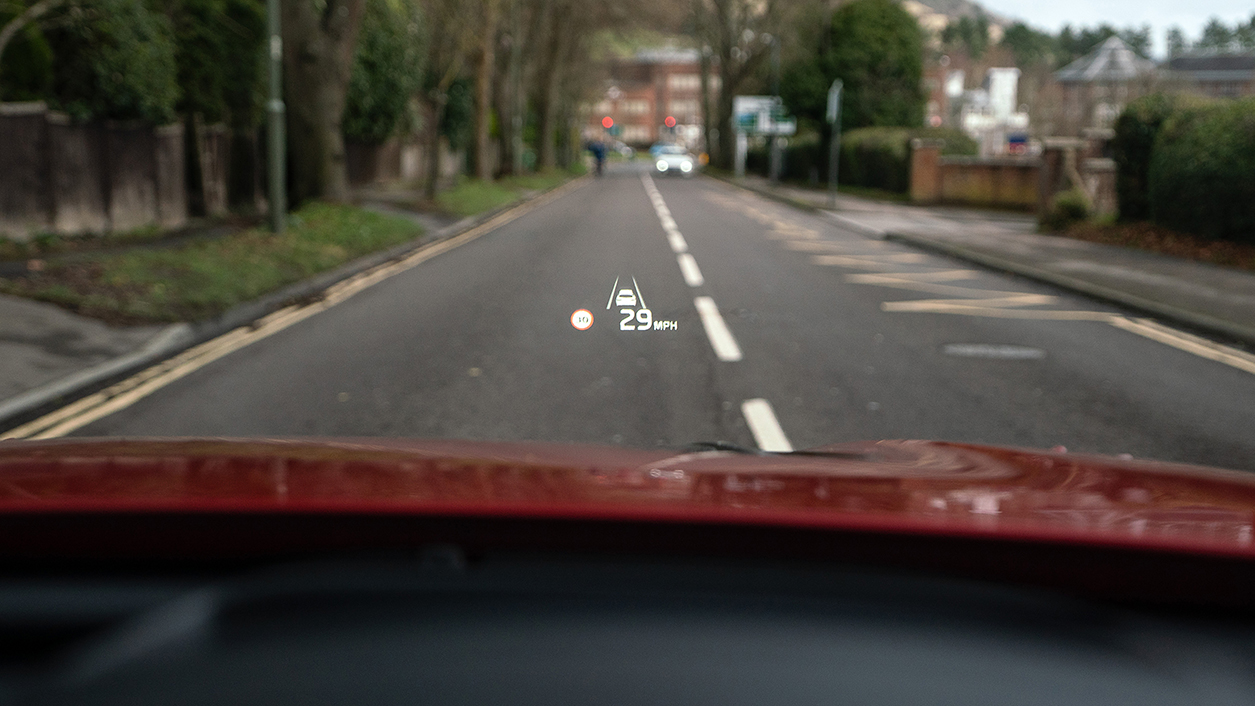 1 / 21
Advertisement
“Kia’s rare sports saloon is hardly sophisticated, but it’s a laugh to drive and mega value for money ”

The point of the Kia Stinger is to make you notice it. So, if you’re reading this, job done. Kia itself admitted when this car was launched back in 2017 that it was never designed or intended to sell in big numbers. It didn’t have a hope of challenging the BMW 3 Series and 4 Series Gran Coupe, the Mercedes C-Class or Audi A4 and A5.

So, what was the point? Well, it does your brand no harm at all to have a flagship, especially when that flagship is a handsome, well-proportioned fastback saloon.

Plus, when that good-looking, coupe-ish five-door also drives in an entertaining fashion, it sprinkles well-engineered fairy dust over the rest of the range. Basically, the Stinger exists because it makes you want to be in the Kia club more than a Sportage or a Sorento does.

Is the Stinger an out-and-out sports saloon?

It is now. Sort of. When the car was launched Kia would sell you sensible versions: there was a 2.0-litre four-cylinder petrol and a 2.2-litre turbodiesel which sounded rougher than Macy Gray blowing her nose into coarse sandpaper. Neither of these lower-CO2 options realistically had much chance of challenging the company car hegemony, so Kia’s now ditched the four-pot Stingers and made it a single-model range, complete with a meaty V6.

So, no, there’s no hybrid version. No electric-only range. Just a hefty 3.3-litre turbocharged V6 punting out 365bhp and 376lb ft at the rear wheels only. In left-hand drive markets you can spec all-wheel drive for your Stinger, but Brits only get rear-drive, which means this old-school swift saloon can have some good old-fashioned fun.

What else has changed through the Stinger’s life?

For 2022, the car got a mild facelift. Given how few of these things actually get sold, it’s highly unlikely you’ll see two next to each other to compare.

To save you the trouble, later Stingers are distinguished by new LED rear lights with a full-width bar between them, and ‘chequered flag’ inspired indicators. There’s also a fiddlier new design of 19-inch rim, some green paint, and inside, an upgraded 10.25-inch touchscreen. Oh, and 64 colours of ambient lighting.

If that sounds like Kia isn’t really bothering much with the Stinger, then yes, you’re probably right. This is a car the company only expected to shift 1,500 in the UK per year, at best. And with Kia’s current push to go hybrid across the range, the Stinger is a bit of an outlier, and a CO2 menace. But it’s also a car of character and individuality, and one we have a soft spot for at Top Gear. 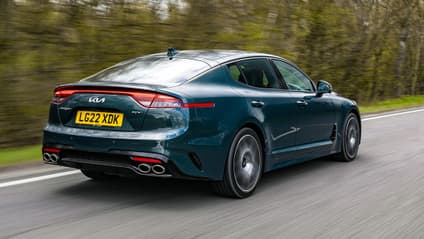 “Feels behind the times, but massive value and big sense of humour means we like this turbo V6 longboi”

If you ever bring up the Kia Stinger in a conversation and explain what it is, two things will happen. Firstly, people will roll around laughing that an actual real-life car company called one of its models ‘Stinger’. Then, they’ll all say the same thing: “Ooh, that’d be a good buy second-hand.”

Once depreciation has done its thing – as it does for all big barges – then this big friendly V6 canal boat will be a conspicuous and satisfying bargain. Thing is, that rather depends on people buying them new in the first place. For some, the badge will put them off. Shame. For others, it’ll be the sense of the car being dated within its own lifetime. Fair enough.

But if you can afford the fuel costs and have the space – and imagination – to avoid the German hegemony, the Stinger is an interesting choice that might just make you smile more often than its more premium rivals. It’s a car that proved Kia has come full circle, from whitegood transport to a maker of cars desirable in their own right. 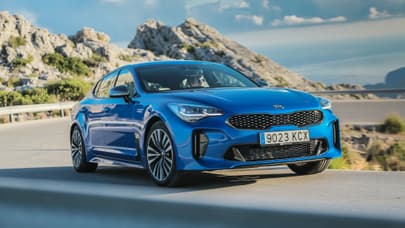