£209,000 when new
Read why you can trust our independent reviews
Jason Barlow
Published: 14 Oct 2022
comments
Skip 24 photos in the image carousel and continue reading 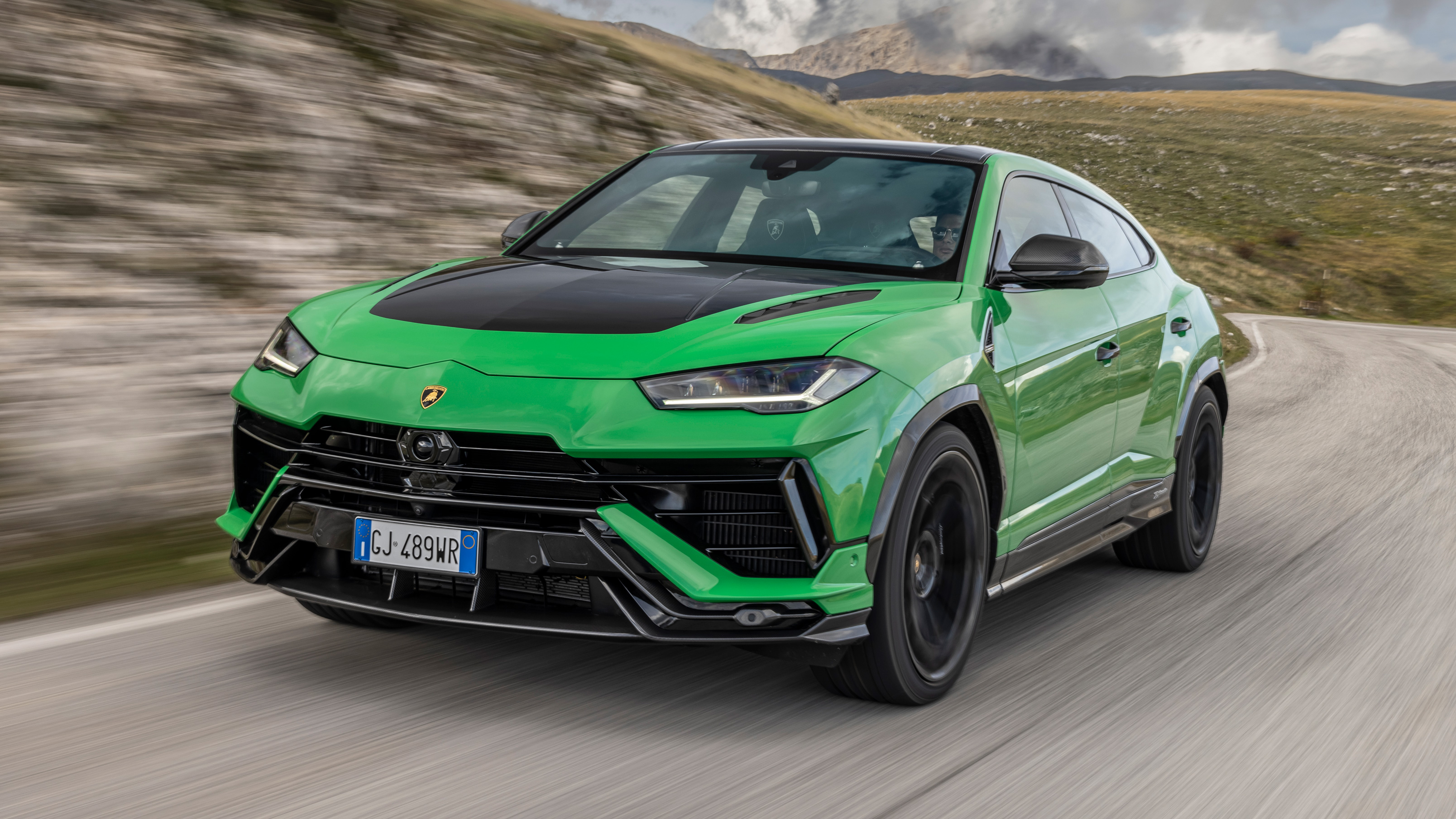 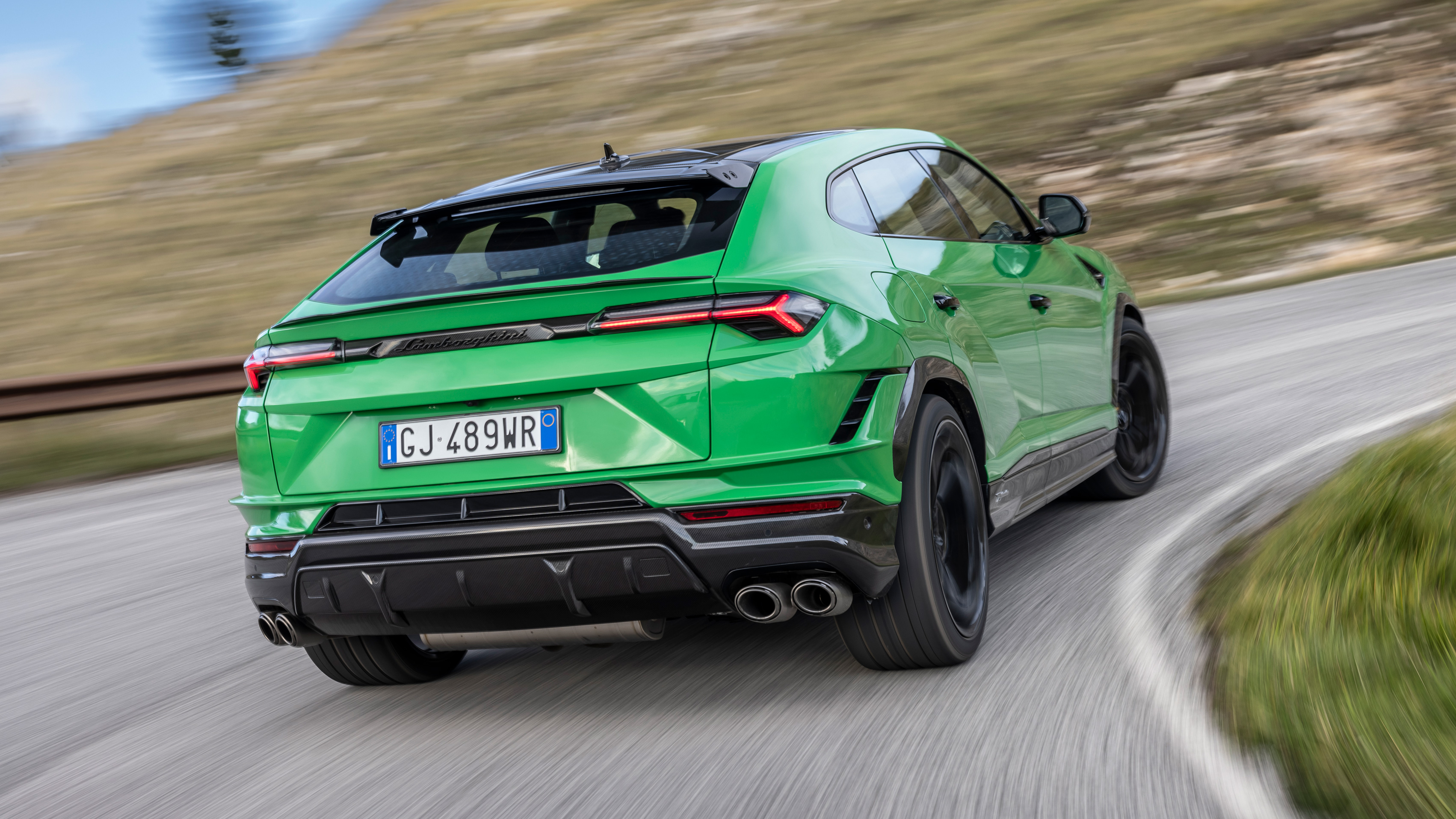 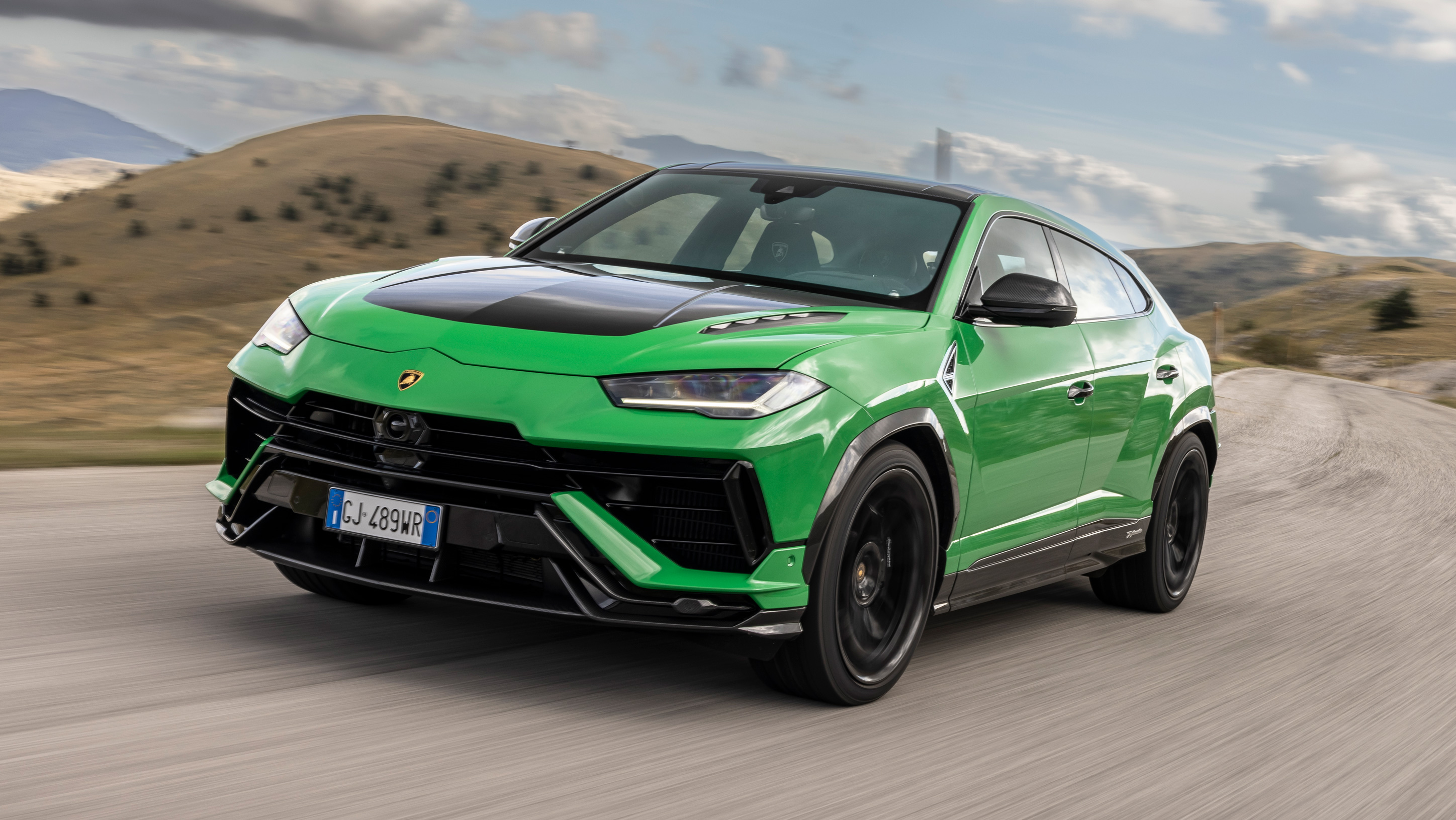 Yep, pretty punchy. We’re at Vallelunga, the mellifluous-sounding circuit located about 20 miles north of Rome. It’s a tight and technical track, and the fact that we’re here at all in the new Lamborghini Urus Performante – all 2,150kg of it – is a testament to the company’s belief in its fast-selling super-SUV.

But on the periphery of it you’ll find an old Roman road, beyond which is a makeshift dirt track/rally stage (not built by the ancient Romans). The Urus Performante’s drivetrain now features a fourth setting on its ‘Tamburo’ drive controller, in addition to the familiar Strada, Sport and Corsa modes, called Rally. This reduces the ESP threshold and uses the torque-biasing rear differential to fire more drive to the fun part of the car. The results are predictably slidey.

We’re not saying the Urus Performante is suddenly transformed into a Lancia Delta S4, but you can hoof it around in a manner that baits physics. It runs a little bit wide in the tighter turns, but that’s more driver error than vehicle ineptitude. And yes, while power-sliding a £209,000, 657bhp, two-tonne-plus SUV round a muddy, rutted track might seem, at best, indulgent, it’s also fun.

It even manages to land securely after what our Finnish friends still call a ‘yomp’. One of the Performante’s major changes is the fitment of steel springs instead of the standard air suspension, for more linear responses. Along with the 48 volt anti-roll bar, it conjures a level of body control that’s faintly spooky in a car of this type.

Well done you. Dare we suggest that the Urus Performante is reading the room even less astutely than the regular car?

As it happens, we passed four plucky souls blocking one of Rome’s arterial roads on the way to the circuit. Imagine what they’d make of a purple Performante slewing sideways? Lamborghini’s suave CEO Stephan Winkelmann acknowledges that the company’s drive towards carbon neutrality via a 50 per cent reduction in CO2 emissions by 2025 is partly down to perception and growing issues around social acceptability. Lamborghini’s commitment to making dream cars is being suitably adjusted.

Nonetheless, the Urus has been a smash hit for the company, with 21,000 delivered since its arrival in 2018, 84 per cent of which are conquest sales. The company is in the midst of a €1.8bn investment programme, which will yield 2023’s hybridised Aventador replacement, 2024’s Huracán successor, and 2028’s fully electric car. The revenues have to come from somewhere, and the Urus continues to top up Sant’Agata’s coffers.

Back to the Urus Performante… run us through some of the key changes.

Sure. The steering and throttle have been reprogrammed for faster responses, and the active rear axle is also swifter acting than on the standard car. The eight-speed gearbox shifts more aggressively. There’s a new Torsen central differential, and active torque vectoring at the rear, plus various aero revisions. A new air curtain on the front bumper tidies up the turbulent kerfuffle around the wheel-arches, and a rear spoiler generates 38 per cent more downforce in that area (that figure is eight per cent overall).

The Urus Performante sits 20mm lower than before, and has a wider front and rear track. A carbon fibre bonnet is standard, but you’ll have to pay more if you want a composite roof to go with it. An Akrapovič sports exhaust is fitted, whose bass frequencies and overall resonance depend on which drive mode you select. There are sound actuators inside, too. In the spirit of marginal gains, titanium bolts feature on the wheels, with three new designs available, including optional 23-inchers. The overall weight reduction is a modest but not insignificant 47kg.

Whether you’re a fan of super-fast SUVs or not, there’s no denying that this thing can be seriously hustled on a track. We’re on sticky, specially developed Pirelli Trofeo R rubber, 285/40 at the front, 325/35 at the rear, and clearly they make a difference. We were on regular Pirelli P Zeroes on the rally stage. There was one puncture.

The 4.0-litre, twin turbo V8 hasn’t been dramatically reworked; its power output has increased by 16 to 657bhp, there’s 627lb ft of torque, and the turbos are now working harder. Lamborghini claims a best-in-class power-to-weight ratio, and the new production SUV record the Performante recently set at Pike’s Peak – 10:32.064, 17 seconds faster than the previous one – supports that.

Accelerating to 62mph in 3.3 seconds (versus 3.6 for the regular Urus) and 124mph in 11.5 in a car with this sort of mass is initially discombobulating. But it only takes a few laps to dial in to Vallelunga’s challenges, and the manner in which the Performante settles itself through a fast fifth-gear sweeper and claws its way out of a second-gear hairpin with only a modicum of understeer and minimal roll is deeply impressive. Pretty soon, I’m chucking the big beast into and out of corners with total impunity. Ridiculous, really.

Rally mode, it turns out, prefers looser surfaces to generate generous slip angles, but you can still drift it if you’re committed. The carbon ceramic brakes are unchanged – 440mm at the front with 10 piston calipers, 370mm at the rear – and though the pedal began to feel a bit long towards the end of the session, there are no other issues. Personally, I’d prefer a bit more steering feel, and logistical challenges prevented us from driving the Performante on the road. I suspect it’ll feel uncompromising in Strada mode but not horribly uncomfortable.

Lamborghini clients are a generally extrovert bunch, and the company’s Ad Personam personalisation programme is a world of wonder where notions of good taste can be rigorously stress tested. The Performante comes with Nero Cosmus black Alcantara as standard, a new hexagonal seat trim, and there’s a different Performante graphic on the HMI. The 10.1-inch touchscreen is as easy to use as before and responsive. The seats and driving position are great. And the boot’s huge, if that really matters.

The Urus Performante goes head-to-head against the Aston Martin DBX 707 and related Porsche Cayenne Turbo GT. More than anything else, it speaks of the engineering and design talent Lamborghini currently commands. Regardless of how you feel about the optics of this particular market sector, that much is undeniable. It’s quite the device, this.