£190,000 when new
Read why you can trust our independent reviews 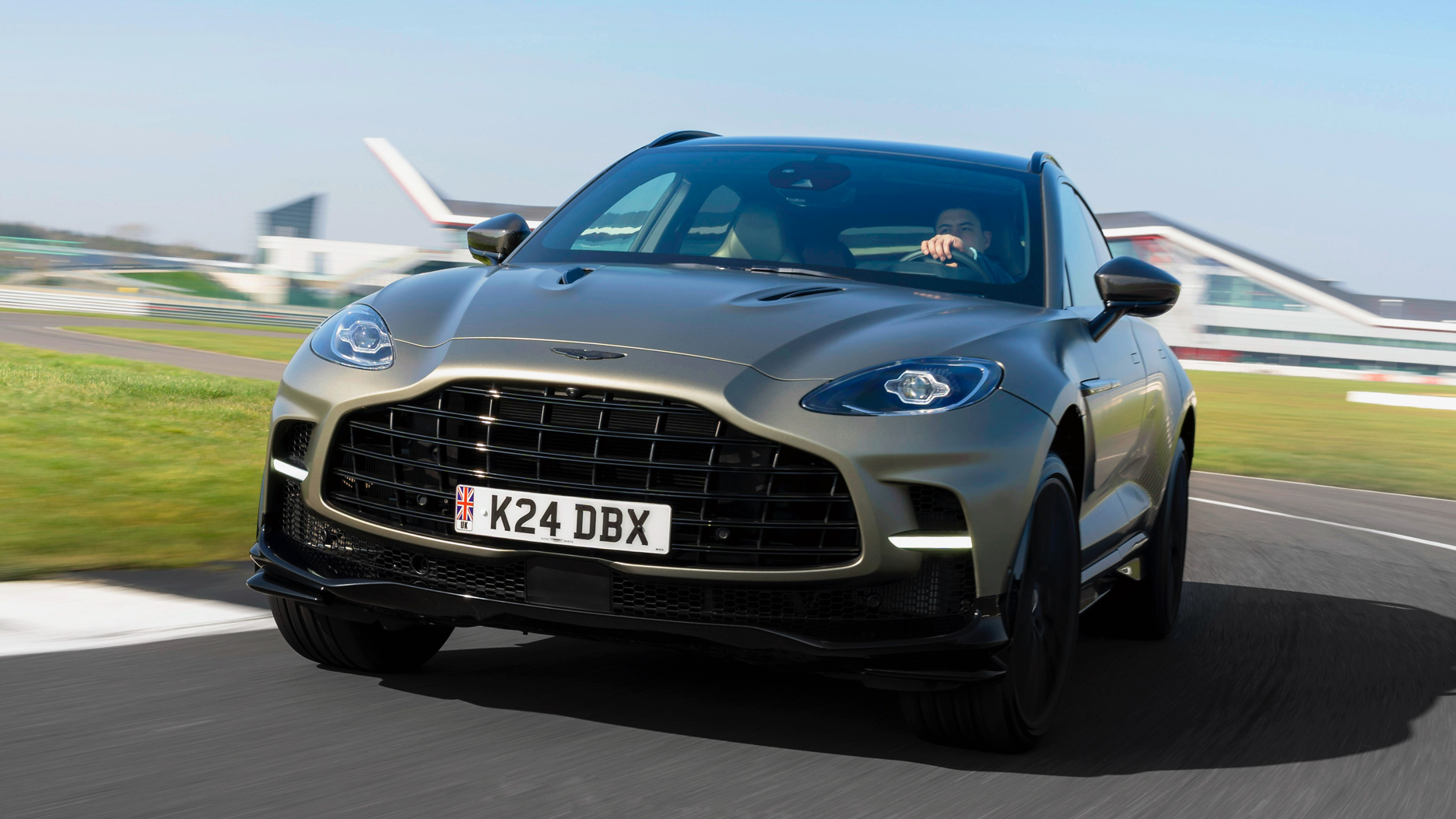 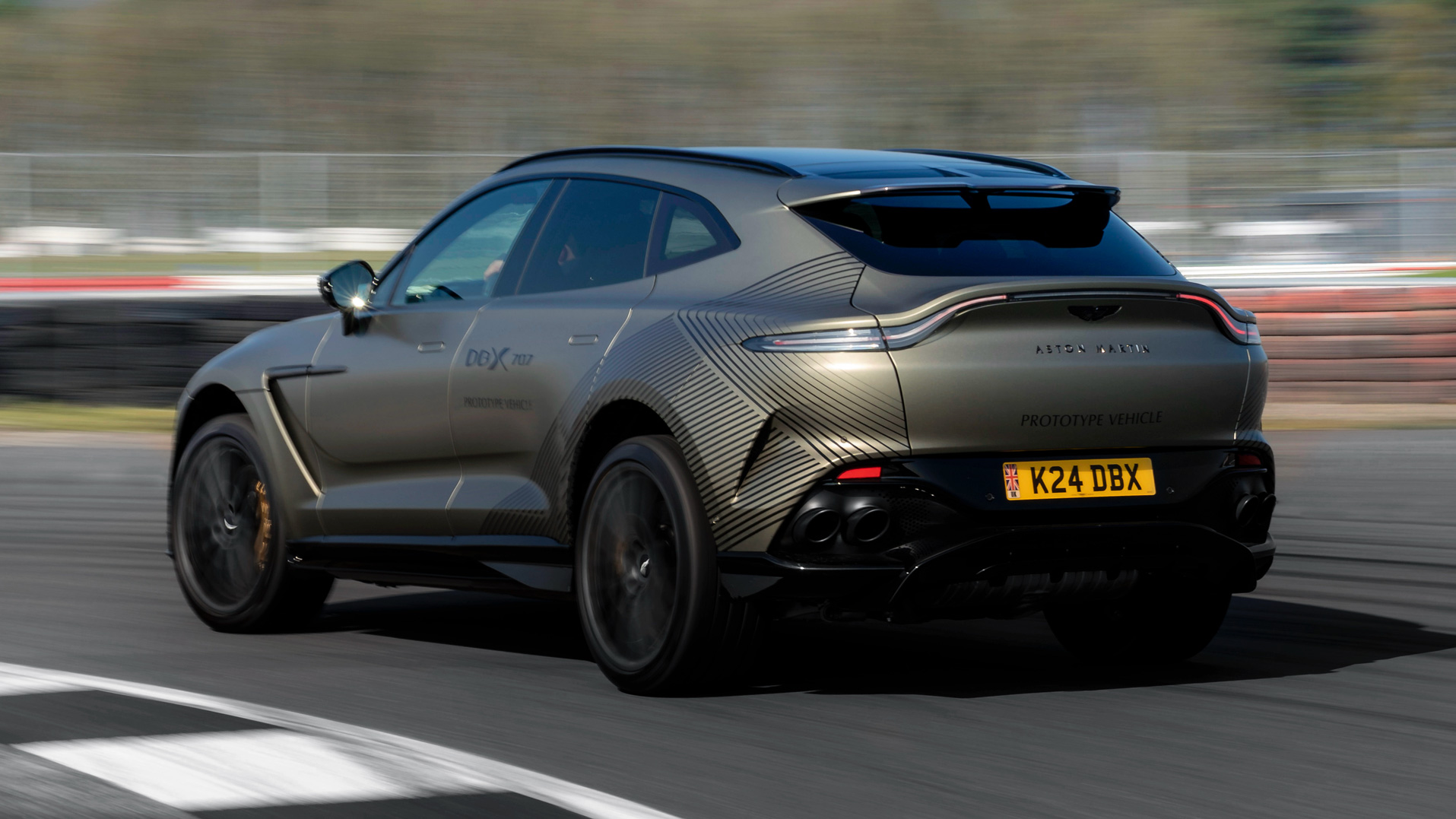 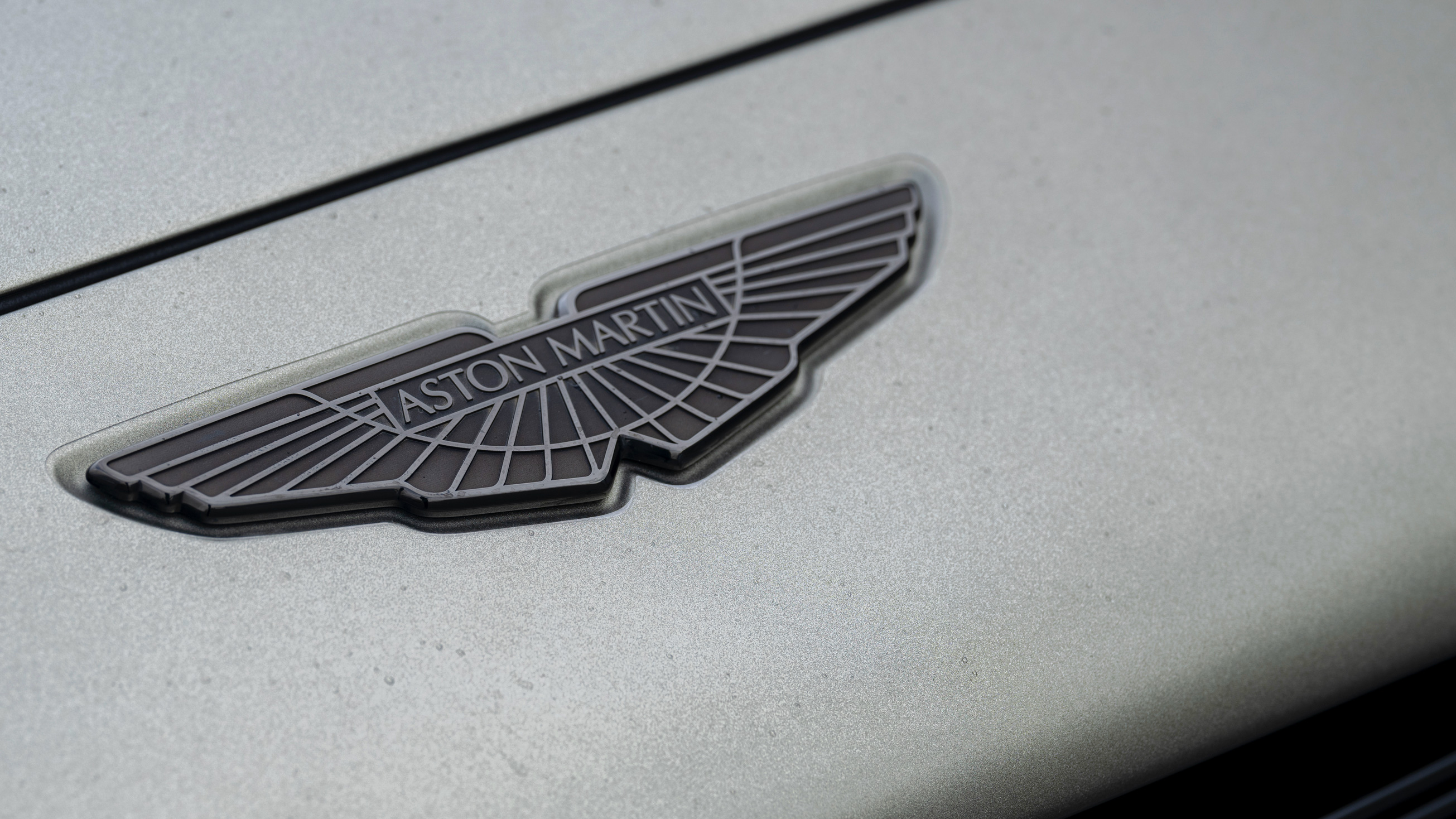 Ah, the world’s most powerful* SUV…

Correct, assuming that by your asterisk we’re leaving out such US heavy-hitters as the Hellcat-engined Dodge Durango SRT and Jeep’s Trackhawk. Both of those produce over 700bhp, while the DBX 707 actually develops 697bhp (707 refers to its metric horsepower output). But this is a very different type of car. Not least because it’s still technically a prototype. You can tell by the stripes that are no sort of disguise whatsoever.

You drove it on a track?

Yes, Aston’s Stowe development circuit at Silverstone. It didn’t start that well. Now this might be over-sharing, but it tells you something about Aston Martin. I asked Tobias Moers if he’d been involved in the sign-off for the new DBX 707. He shoots me a disbelieving look. I think maybe he’s misunderstood me, so I ask again: “You know, were you involved in development driving the car before it was signed-off?” A pause, then: “This is my car. I did it”.

Tobias Moers, for reference, is Aston Martin’s CEO. Not its engineering director or chassis guru. The buck-stops-here boss. Leaving aside the question of why he sees car development as his job, it does at least mean he’s hands on.

A very different type of DBX. Harder, angrier. Almost a new type of Aston Martin, in fact, when you look across the current model range. Aston’s tagline for the DBS Superleggera is “a brute in a suit”. It’s still cultured, still a GT, just a more able and engaging one. This is a notch up from that in terms of aggression, more aligned with the Vantage F1 Edition. And it’s an SUV.

Perhaps it’s indicative of where the brand is heading in its new mid-engined future. We’re promised that will start with the Valkyrie – finally – later this year. This gloves off aggression is more aligned with the Lamborghini Urus and most fearsome Porsche Cayennes. But this doesn’t necessarily mean it’s actively uncomfortable. It’s the noise, the demeanour, the speed and the capability that deliver most of the aggression – it’s there if you go looking for it in other words. In the Lambo it’s difficult to hide from it.

Aston has just fitted bigger turbos though, hasn’t it?

That’s the headline, since the beefier blowers have boosted the existing twin turbo V8 by 155bhp and 148lb ft. Of course that sets off an engineering chain reaction that includes a bigger grille for more cooling, a new wet clutch version of the nine-speed gearbox pinched from a Merc-AMG E63 S, 23-inch wheels and giant 420mm carbon ceramic brakes as standard (dropping the all-round unsprung weight by 40kg), track widths increased by 60mm, launch control, uprated suspension (55 per cent stiffer front damper top mounts, fact fans!) and a rear diffuser that looks like you’ve trapped Daffy Duck underneath.

If you want more detail you can read more here or watch this walkaround film.

The gearing is shorter to boost sprinting, there’s launch control to help deliver 0-60mph in just 3.3secs and that 193mph top end.

Can the DBX chassis cope with that level of performance?

Surprisingly easily. The chassis is not the weak link here – it could, somewhat ridiculously – handle more power. The power delivery isn’t as urgent as in the Urus, those big turbos take a bit of spooling up, so there’s a slightly soft response while they get going, and then at the top of the rev range you run into a soft limiter just before 7,000rpm rather than a hard cut. In between, you’re forced back hard, and have gorgeous gargling V8 noise urging you on.

The gearchanges aren’t as sharp as in the Lamborghini, aren’t fired through as instantly, but then an Aston Martin isn’t a Lamborghini. It needs to have a broader use case. The Urus corners flat and hard, rigid control instead of finesse. The Aston has a bit of roll so you’re more aware of the limits approaching.

What happens beyond the limits?

Entertainment. In Sport+ mode (there’s a handy new rotary controller on the console to switch between modes), the 707 sends 95 per cent of torque to the back axle. Be confident and prod the throttle hard as you turn in and the thing skids about like an MX-5. Often 4WD cars feel confusing at this point, but although the DBX does shuffle power forwards, it remains predictable and stable. It’s a hoot. Entirely irrelevant, but still a hoot.

But when not yobbing about the 707 still gets out of corners engagingly. Rather than ploughing on nose first, it exits neutrally, all four wheels working well. I’m most impressed by the back axle which feels calm and controlled. Heading into corners the front occasionally hops under hard pressure. Admirable resistance to understeer, but the steering needs more weight to accurately communicate the forces involved.

On the whole though, this thing rips around a track with a precision and ability way beyond what you’d imagine from an Aston Martin SUV. It’s this ability at and beyond the limit that makes the DBX 707 feel new and different to what’s gone before. Body control is awesome, the balance and adjustability was uncanny, it feels well tied down (unless you choose to be an utter hooligan), and scoots round a circuit as ably (and probably speedily) as any super-saloon you care to mention. In fact the biggest drawback to driving it fast was the seats.

What’s wrong with the seats?

Too slippery and not heavily bolstered enough. Especially the seat base. My body was reasonably well held, but my thighs sloshed around all over the place. The engineers say that speccing the Alcantara seat centres really helps. Take note, if you’re planning on tracking your 707.

Literally no-one is going to do that. What’s it like at lower speeds?

Obviously I didn’t drive it on road, but it didn’t feel like that had been compromised too much. Ride comfort was good, so too refinement. You’ll do distance with the family on board and they’re unlikely to complain. In my experience they do in an Urus. The changes made to the front subframe (extra bracing) have ensured the front wheel is held in place better, allowing the suspension to work more progressively. Hopefully these are changes that make it back to the standard DBX.

The powertrain is happy just shuffling around in GT mode, noise a distant rumble. This is how people will mostly drive and enjoy the DBX. And it’s rewarding – it’s only at the limit I’d want more grippy seats, more steering weight and a front end as progressive and controlled as the rear.

How are the brakes?

Important one given the speeds the 707 can dial up and the fact it weighs over 2.2 tonnes. Outright stopping power is good but not outstanding, but resistance to fade is downright outstanding. The pedal remains firm, distances don’t increase, you have confidence.

I don’t think it’s gone far enough. It’s too elegant. It seems that buyers of cars like this want them to look as imposing as possible. Yes, this gets bigger wheels and a more gaping front end, but it doesn’t look as aggressively sporting as it actually is to drive. For instance Aston has worked to make it appear that it rides lower, but not actually dropped the ride height. Shout out to the Satin Titanium Grey paint though – that’s lovely.

Will people buy it?

Absolutely. Whether they should in this day and age is a matter for their conscience. Don’t forget Europe is way ahead of the environmental curve and far more sensitive to social concerns than the markets in Asia, American and the Middle East that will lap this up.

There are drawbacks that will irritate buyers everywhere though. Not the £189,000 sticker price (£30k up on standard) – that just helps ensure exclusively. There’s still no touchscreen. And what about the headline speed and power figures that Aston is placing so much stock in and that we know still have big pull for buyers? 707bhp, 3.3-to-62 and 193mph. They’re not massive shifts in the SUV-sphere.

193mph is a couple of mph faster than a Bentley Bentayga W12 Speed or Lamborghini Urus (both 190mph), while it matches the Porsche Cayenne GT to 62mph (3.3secs). Rumour has it we’ll see a faster Urus this year too, one that will probably target 200mph and a sub-3.0sec sprint – benchmarks the DBX 707 fails to hit. Let’s hope the DBX’s inherent sophistication and desirability allow it to do the business. Plus, presumably, a fast lap of the ‘Ring.