£29,725
£232 p/m
External link to
with Leasing.com
Read why you can trust our independent reviews
Top Gear Team
Published: 08 Jun 2022
Skip 15 photos in the image carousel and continue reading 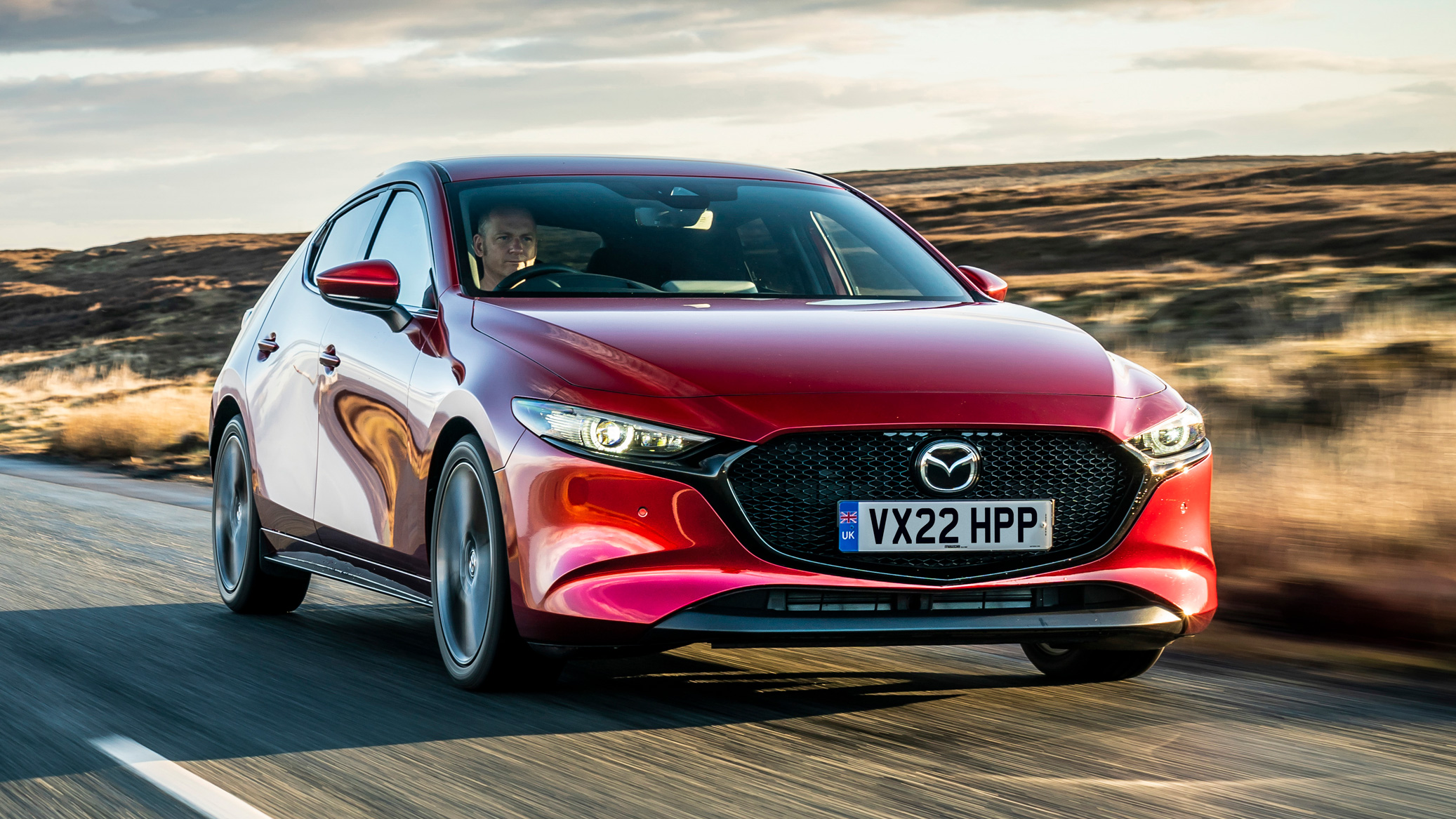 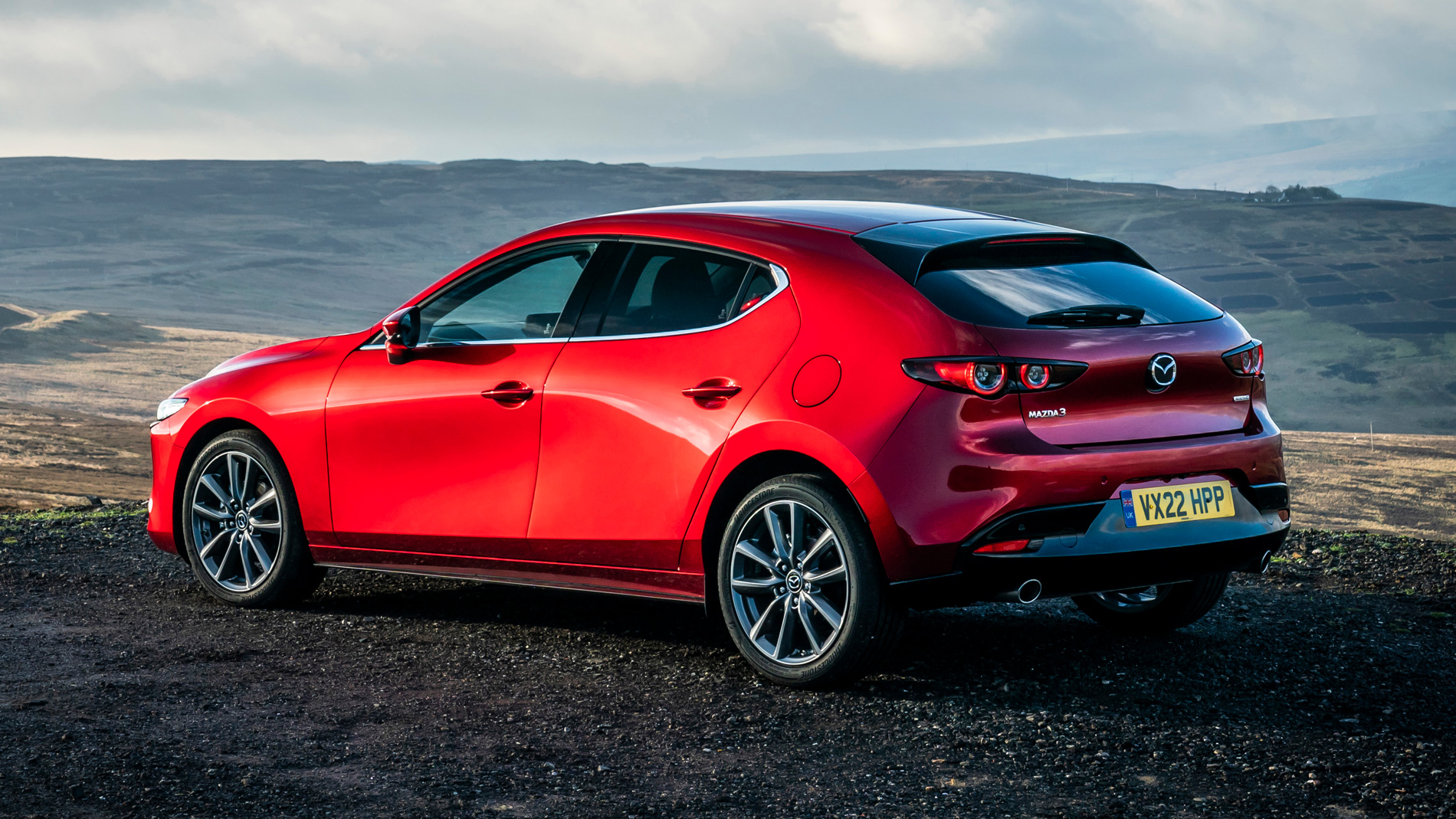 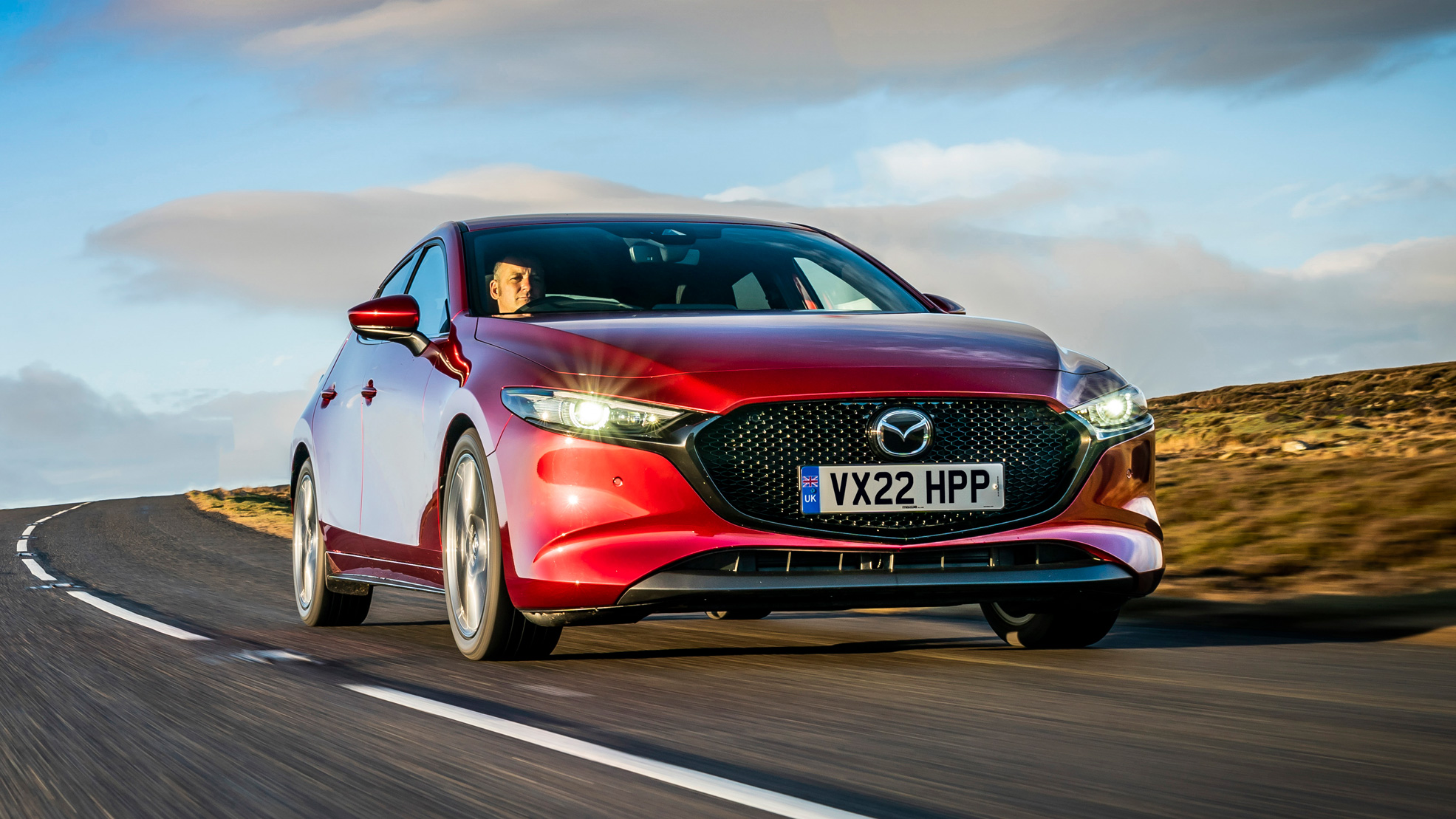 The Mazda 3 is a family hatch, not an SUV or a crossover or pretending to be something it’s not. These days you don’t go to the expense of creating a whole new platform from the ground up without doing more than one thing with it, though. Which is why it's also spawned the CX-30, which is like a 3, but taller and fake off-roady.

Mazda is into simplicity, on the whole. Just two petrol engines are available: a 2.0-litre 120bhp petrol (naturally aspirated, against the turbo trend) and fiendishly clever 2.0-litre e-Skyactiv-X high-compression engine, which basically acts like a diesel to deliver impressive real-world economy. It produces 184bhp, and is the faster of the two (obviously) covering 0-62mph in 8.1secs.

What are my transmission options?

Each can be had with either a six-speed manual or automatic – a conventional automatic, not a twin-clutch, note. And not only is it a £1,500 option, but it’ll nobble you on CO2 and economy as well. So you really have to want the convenience of an auto to justify it. Both engines have a mild hybrid system that runs the electrics from brake regen.

Mazda talks about having redesigned this fourth-generation car (introduced in 2019) from the ground up, paying attention to everything from reducing ‘visual noise’ in the cabin to lowering friction in the engine.

Special attention has been paid to noise, vibration and harshness, to the operation of the switchgear, the processing speed of the infotainment, harmonising the quality of the white light in the cabin. The stuff that doesn’t make headlines, but is highly honourable. Very Japanese in its approach, and the result is a comfortable, easygoing hatch with few foibles.

My eyes aren't deceiving me, it looks tremendous too, right?

It’s really handsome, with overtones of Alfa Giulietta in the proportions, roofline and the roundels in the rear light signature. Not like the over-designed Ford Focus. This is a handsome car without being fussy: long of nose, neat of proportions. Apart from the overly thick C-pillar, it's a real beauty.

The 3 first appeared in 2003, and since then more than six million have been sold globally. Yep, that surprised us, too, with over a million coming to Europe. The big years were 2005-2008, although there's been some regression since.

Yup. Not only to restore sales, but to do so in a marketplace that’s undergoing a seismic shift. Where’s the full hybrid, let alone a plug-in or electric version? Not here right now, nor on the horizon.

Prices range from around £23,000-£31,000, and a little bit more for the four-door saloon version that's somehow not quite as much of a looker.

This being the hatchback segment, the competition is... strong. The Mazda 3 can count the Volkswagen Golf, Ford Focus, Vauxhall Astra, Peugeot 308 and Hyundai i30 among its rivals, as well as several others.

“Mazda's family hatch is low on excitement, but very high on quiet satisfaction”

It’s not a radical car, the Mazda 3. And on one level that’s disappointing. We’d like to see Mazda pushing into hybrid and electric technology by now. This is an engineering and design-led firm, and it would be good to see it leading.

Instead we have a very regular hatchback with a couple of petrol engines, one of which is rather limp, the other fiendishly clever. And that's an increasingly tough sell when the world is falling headlong for electric right now.

Still, you get the feeling that Mazda cares. There’s little cynicism here, instead the details have been worked to improve the driving and ownership experience little by little. The interior design and comfort, the low noise intrusion, the supple ride and handling. And below that the small things have been done well - the cabin lighting, the switchgear operation and so on. Miles better than the new Golf, at any rate. Not a touch-sensitive slider in sight, hurrah!

Things have been done for the right reasons – not to gain headlines, but to improve quality of life. It’s a human-centric approach. And the result is an easy, good-natured, undemanding car to live with. 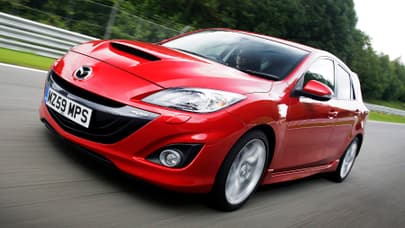 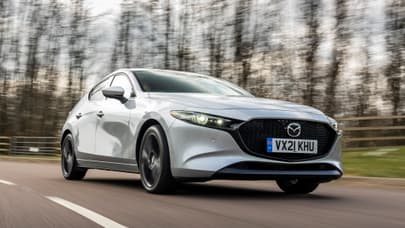 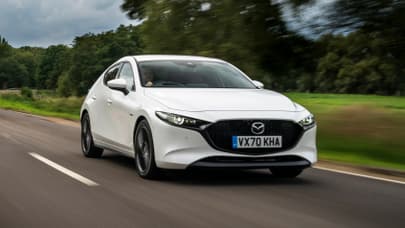