£330 p/m
External link to
with Leasing.com
Read why you can trust our independent reviews
Top Gear Team
Published: 18 Aug 2022
Skip 15 photos in the image carousel and continue reading 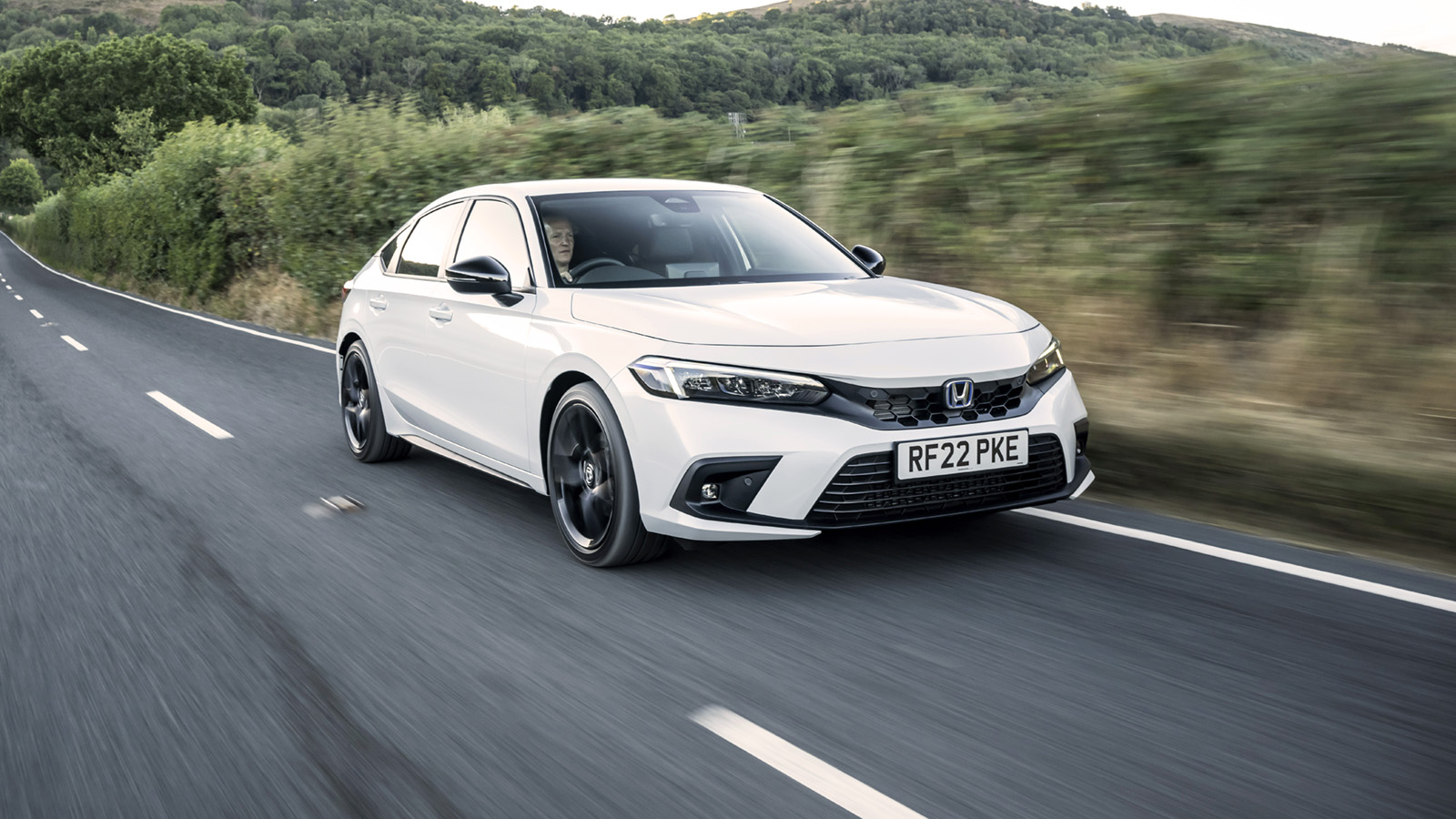 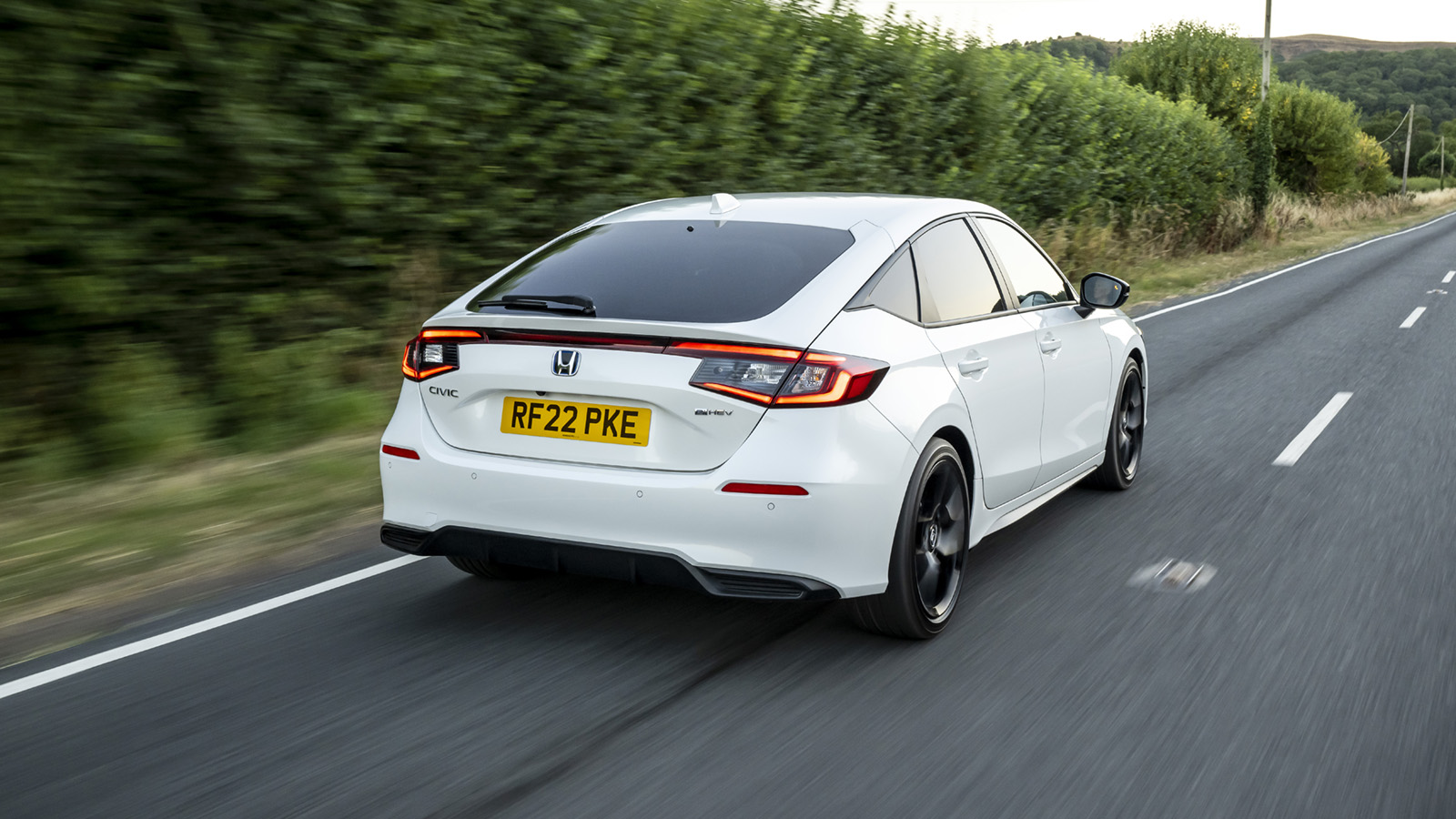 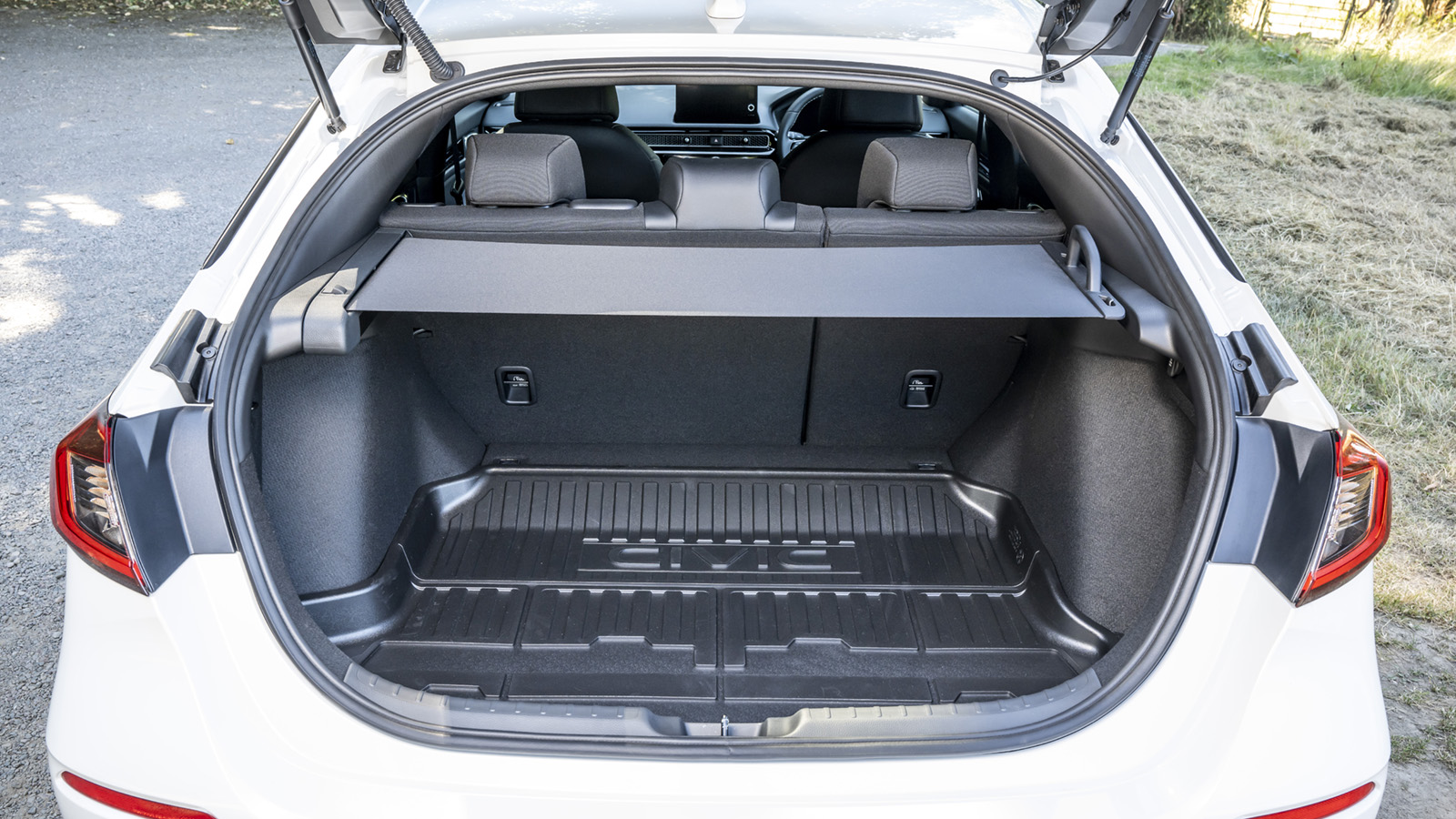 1 / 15
Advertisement
“Vastly improved cabin and well-mannered hybrid set-up are impressive, but the Civic might struggle to stand out in a crowded market ”

Styling, interior and fuel economy all big improvements over the old Civic

Very little objectively – could be a little more exciting mind

Seems like it's eleventh time lucky for Honda, with what is quite possibly the most improved normcore car of 2022. Right off the bat, let’s just confirm that the new Civic hatchback has taken football pitch sized leaps and bounds over the previous car, which drove with a certain verve but had a laughable amateur-hour interior riddled with dated displays and naff switchgear, wrapped in bodywork best described as ‘busy’.

The new Civic is calmer and cleaner to look at. It’s 35mm longer overall so passengers enjoy extra legroom, and it is indeed roomier out back than a Focus or a Golf. But it’s a bigger car overall, so go figure.

If you’d just woken up from a coma you might presume this is the new Accord. But Honda’s small saloon doesn’t exist any more, and with the HR-V and a forthcoming new crossover filling in the gaps elsewhere in the range, the Civic (which is only available as a five-door hatch, not an estate) has grown longer again. The roofline is a smidge lower than before, however.

The biggest change is in the powertrain department: it’s now a class of one. Honda insists the 2.0-litre four-cylinder petrol with full-time hybrid assistance – branded ‘eHEV’ – is more frugal than the old 1.0-litre turbo triple, while offering superior torque to the previous diesel and more poke than the zingy 1.5-litre petrol. Big claims.

The only other engine choice that’ll live under this bonnet so far as British buyers are concerned will be a mad 2.0-litre sans electrification, when the 320bhp Type R lands soon. Can’t wait.

How does the hybrid tech work?

When it's called upon to action, the 2.0-litre petrol engine is mostly used for powering the electricity generator, but at motorway speeds will power the wheels directly, because it’s apparently more efficient that way. This is one of the main points of difference between Honda and Toyota when it comes to hybrid stuff – where Toyota uses a complicated planetary gearbox to send power off in all directions, Honda's system does without one altogether, the fixed gear system cutting down on friction.

You get regen paddles for juicing up the batteries instead of frittering everything away in wasted brake energy. It’s a bit annoying that in every mode except Sport (there’s Eco, Normal and Sport available) the regen resets back to the middle after a short while, so you end up flicking away at the paddles like an F1 driver down a sedate country lane. The whole powertrain is effortless to use, however, and the Civic wears its tech in a very unthreatening manner.

Honda says the main rival it’s targeting is the sharp-looking Toyota Corolla, which is the only other family hatch currently sold purely as a full-time hybrid. Honda’s also hoping to pinch sales from the ageing Ford Focus (a mild-hybrid now) and of course the likes of the Seat Leon and lower-end VW Golfs. It’s certainly worthy of being on the shortlist, because the MkXI Civic is the strongest, at a time when the current crop of European hatchbacks have somewhat taken their eye off the common sense ball.

Honda took an interesting tack with this Civic: honing the drivetrain for impatient European tastes first, then adapting it for lazy American driving afterwards. It shows: this is a well sorted, mature and very complete family hatchback, well kitted out and impressively refined.

All it lacks is some killer desirability – the factor that makes you secretly want a Mazda 3 and objectively fancy an A-Class, even though you’re not quite sure why. We'd expect the new Civic will be largely bought by buyers of the old Civic. It’s one heck of an upgrade. Shame that everyone else will miss out.