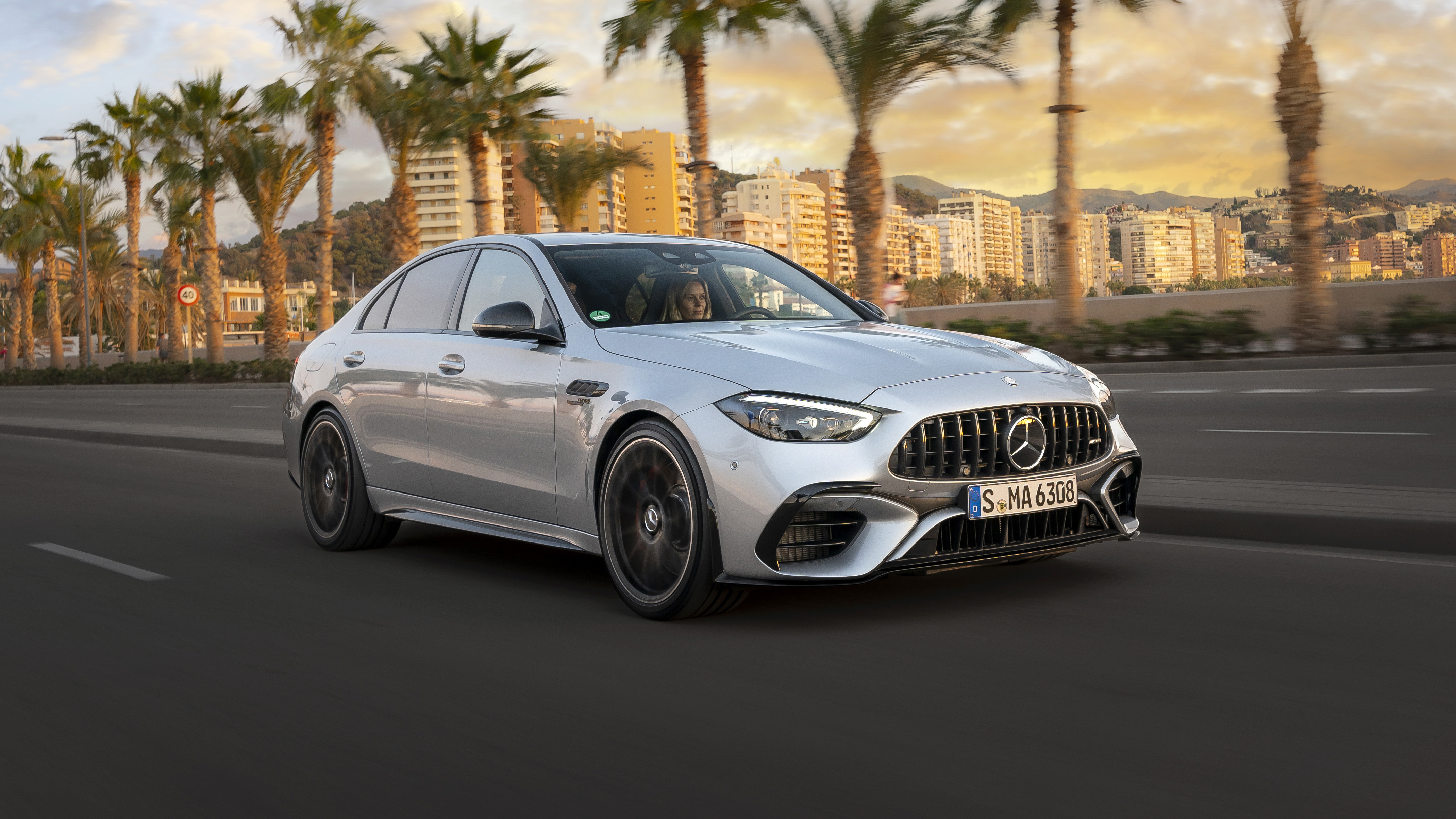 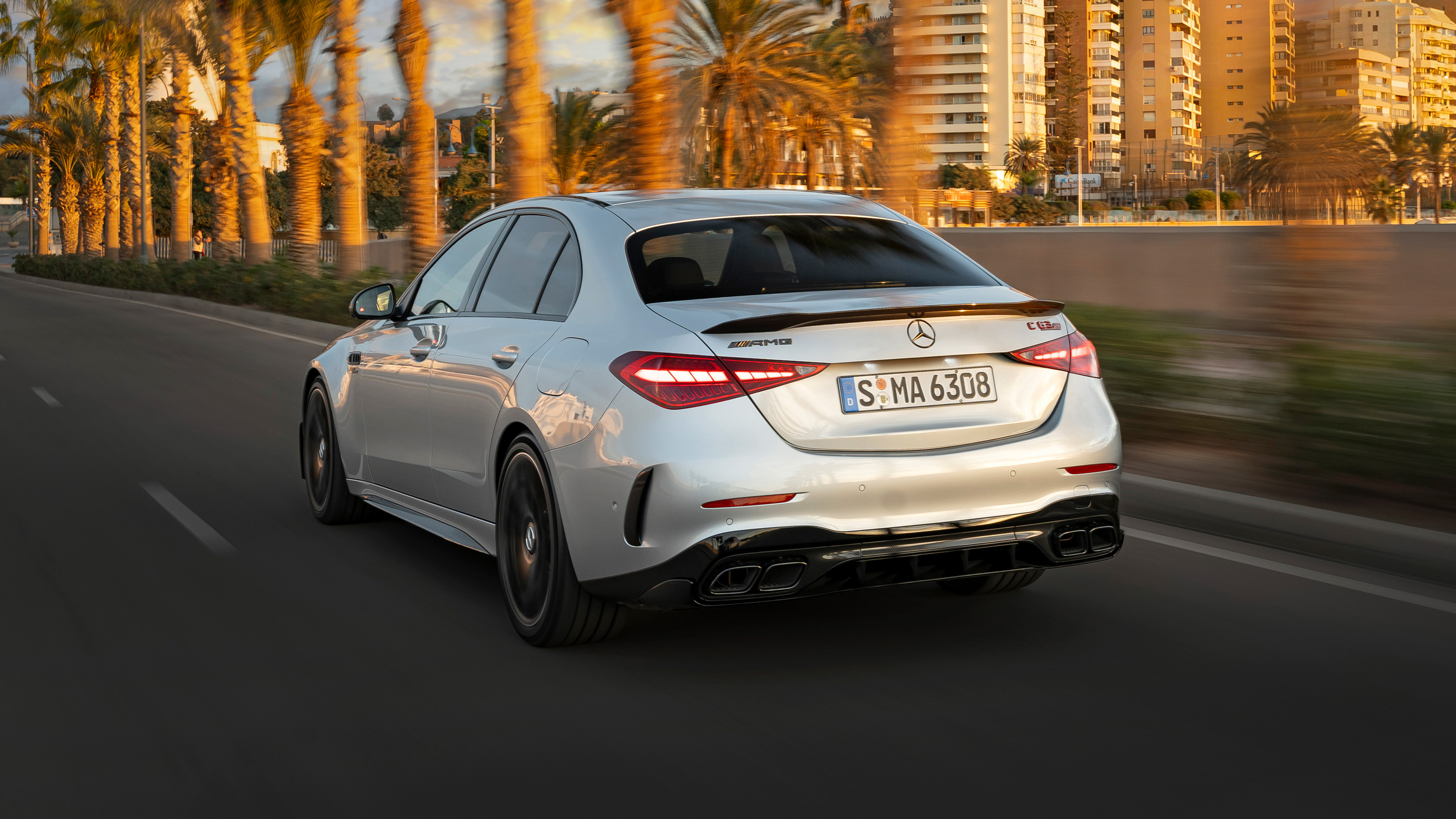 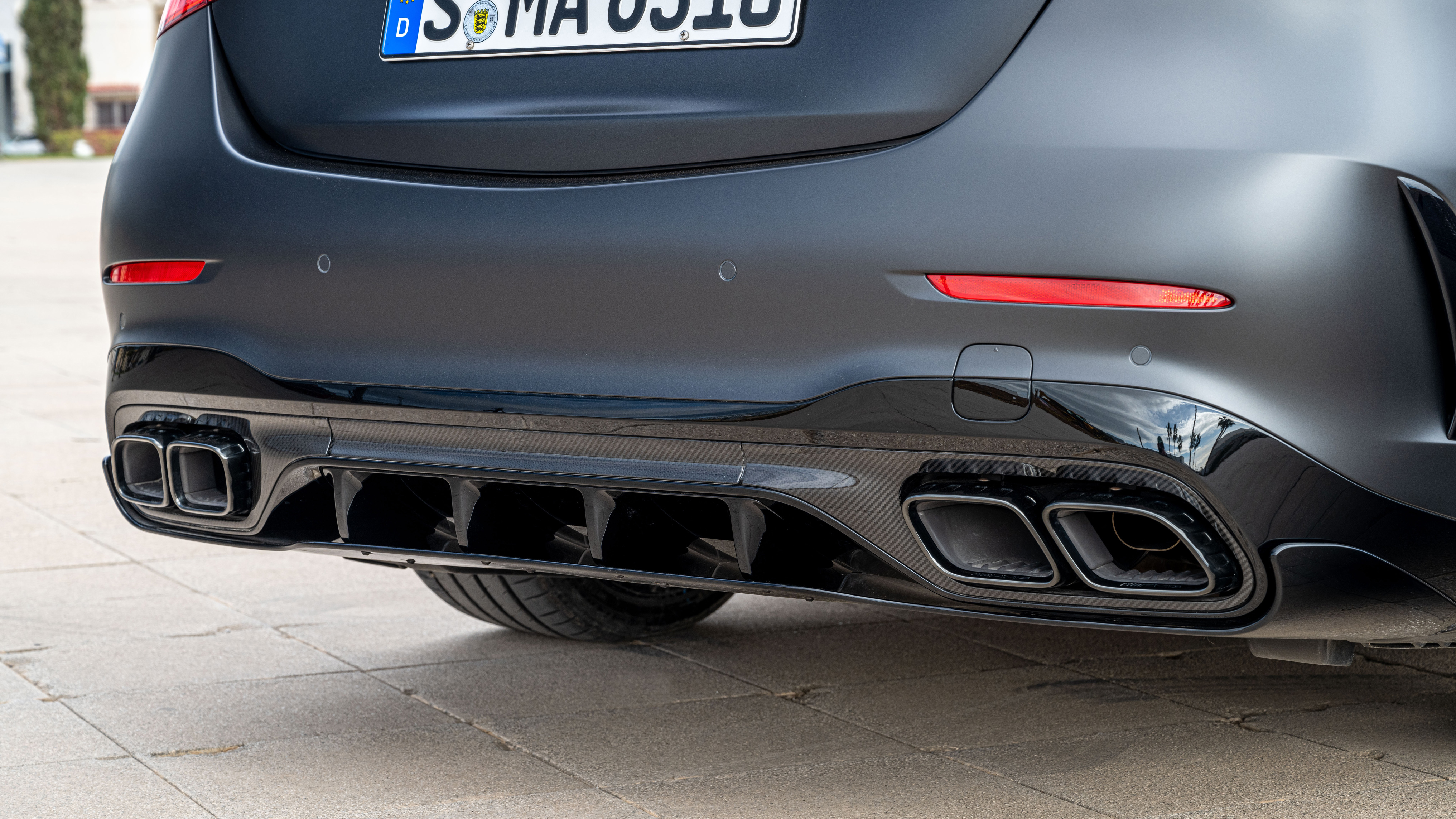 It’s less easy to love. And the boot’s notably smaller

Speak to the engineers at AMG and you’ll hear a story of a performance car maker morphing into a technology brand. It’s in that context that the brand-new C63 begins to make sense. Otherwise this is a car that’s going to take some wrapping our heads around. Gone is a hulking great V8, taking with it both a simple link to the rear axle and the ‘eloquent muscle car’ vibe of C63s old. What takes their place is writ large in a new suffix – this is the Mercedes-AMG C63 S E Performance, and it’s a hybrid.

An uprated version of the AMG A45’s 2.0-litre turbo engine claims to be the world’s most powerful production four-cylinder – with 469bhp – and pairs with an electric motor for peak outputs of 671bhp and 752lb ft. Numbers which could genuinely belong in a supercar and with a 3.4-second 0-62mph sprint to match. But there’s a figure here that doesn’t belong in that realm: launching simultaneously as a saloon and estate, neither C63 can be called slender, tipping the scales at 2,165 and 2,190 kilos respectively. Its purely petrol predecessor weighs around half a tonne less. Or nearly an entire Caterham.

That’s because AMG hasn’t just added a motor and batteries, but a whole heap of new tech. The C63 is now four-wheel drive only (though with a RWD drift mode) while all-wheel steering is standard; usually the preserve of much bigger cars, it’s new to this class and helps nip away at the sensation of mass in low-speed corners. While making its own contribution to that mass too, of course.

A smallish saloon weighing as much as an SUV may prove tough for die-hard petrolheads to swallow, but until battery technology matures enough to bring long range and high performance to a mere handful of cells, a hybrid is perhaps the only way of making a car with this kind of bandwidth work. At least while emissions regulations constrict further around the hulking great V8s we know and love from AMG.

Enough nostalgia. Talk me through it.

So, the tech itself. Mercedes has leaned in hard on the C63’s link to both its AMG One hypercar and Formula One programme at large. To describe the various states of how its powertrain operates would fill the rest of this issue, but needless to say there’s Electric – for eight miles of emission-free range, enough to get you quietly away from home in the mornings – among its eight driving modes. Then there are four ESP settings and four levels of brake regen…

Once the engine’s kicked in, power shifts between the axles depending on grip and driver gusto, with a maximum of 50 per cent going up front while the full whack can go to the rear tyres. This is what the car favours in quiet cruising, for optimum efficiency, as well as when you’ve prodded your way into Drift Mode, for optimum yobbery.

F1 know-how is imbued throughout the car – in how the battery quickly gives and receives power, in its complex cooling system, in how the electrically powered turbocharger contributes regen to the system and in the ‘boost strategy’ you can select on track. Yup, if you thought ‘F1 car for the road’ meant a thousand horsepower and dozens of G at every roundabout, you’re wrong. Mercedes-AMG has instead given us our own taste of energy management, with 70 racetracks (and counting) programmed into the touchscreen with an optimum hybrid powertrain map plugged into them.

In short, as you exit particular corners, the digital dials will flash a big yellow ‘BOOST’ so you know it’s time to fully flex your right foot, activating the kickdown switch beneath the pedal for full power and torque. Over the rest of the circuit you press the throttle as far as it’ll go without kicking down, to save the e-power for where it’s implemented best. It’s how Lewis and George operate on a Sunday and it’s how the AMG One snatched a Nürburgring lap record, we’re told. But is it actually fun? Time to find out.

Reviewing a Mercedes-AMG C63 used to be the work of a moment. Its big ol’ V8 and exuberant cornering style made it easy to love at all speeds. Its heart was both physically and metaphorically large.

The process ain’t so easy here. Rather like the AMG One some of its tech mimics, this new car feels as much a rolling scientific experiment as it does a sports saloon. And with much less boot space than before, it won’t play the latter role as convincingly as it used to.

Some of its ‘F1 for the road’ vibe is a touch contrived. If you’re as serious about improving lap times as its track app tries to encourage, you’ll have a caged Caterham, not a 2.1-tonne saloon. But criticising its almost gratuitous link to motorsport would mean having to criticise Land Rover stuffing even its plushest cars full of terrain response systems. If you’d dominated F1 as much as Mercedes has, you’d play on the link too.

We liked the car the more miles we covered in it, as the complexity of its powertrain – and how best to use it – was slowly soaked up by the sponge of our mere human brain. Perhaps, over the course of a typical lease deal, the new C63 would really cast its spell on you. It’s just not quite happened for us yet. 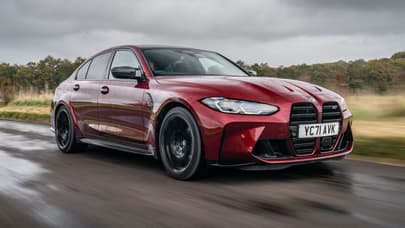 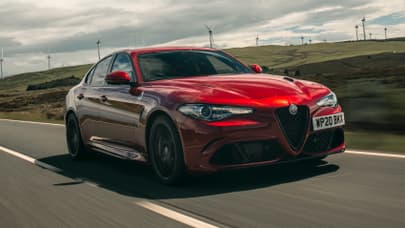 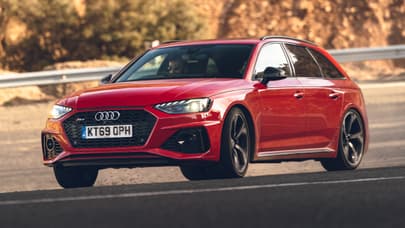