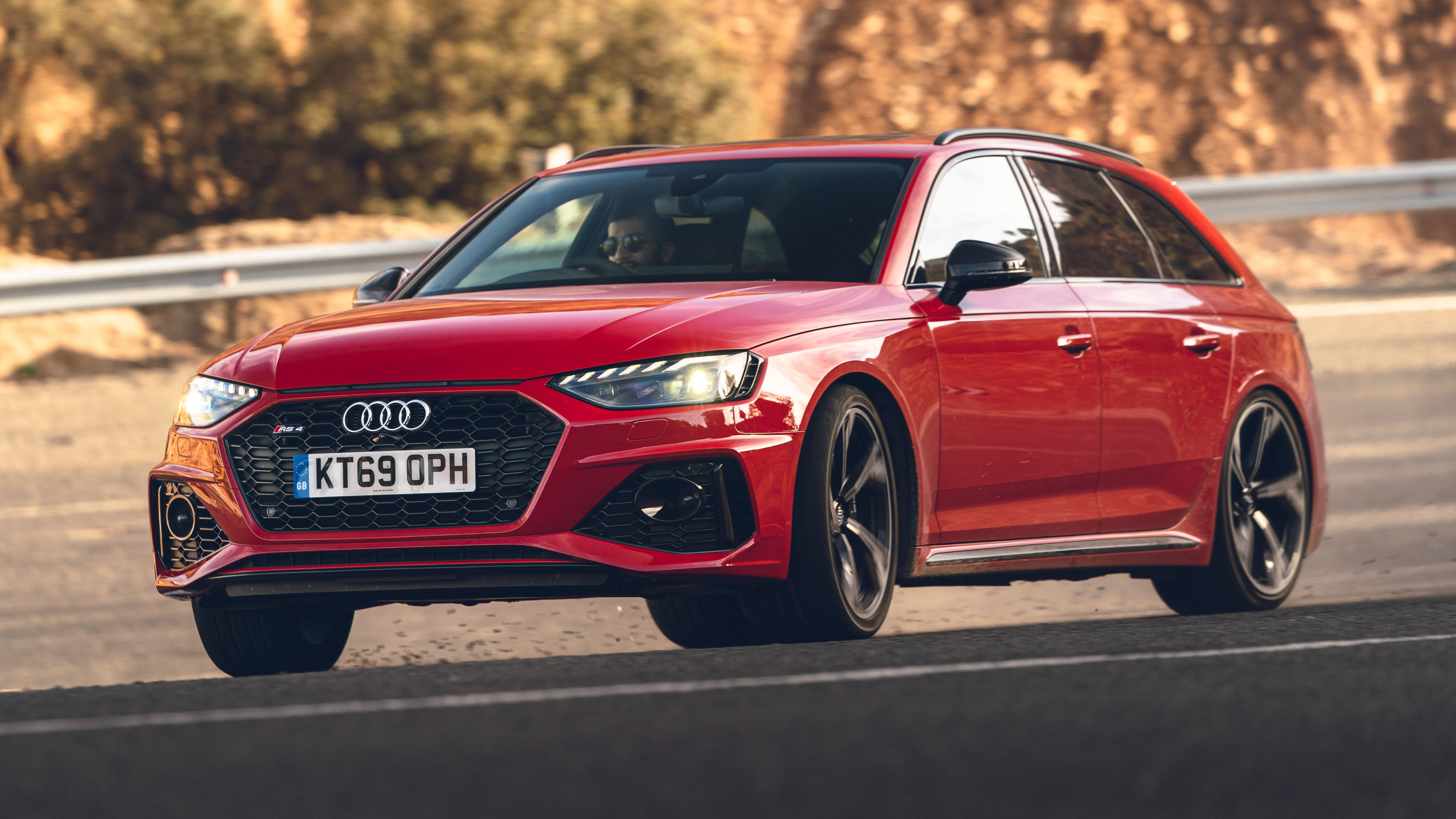 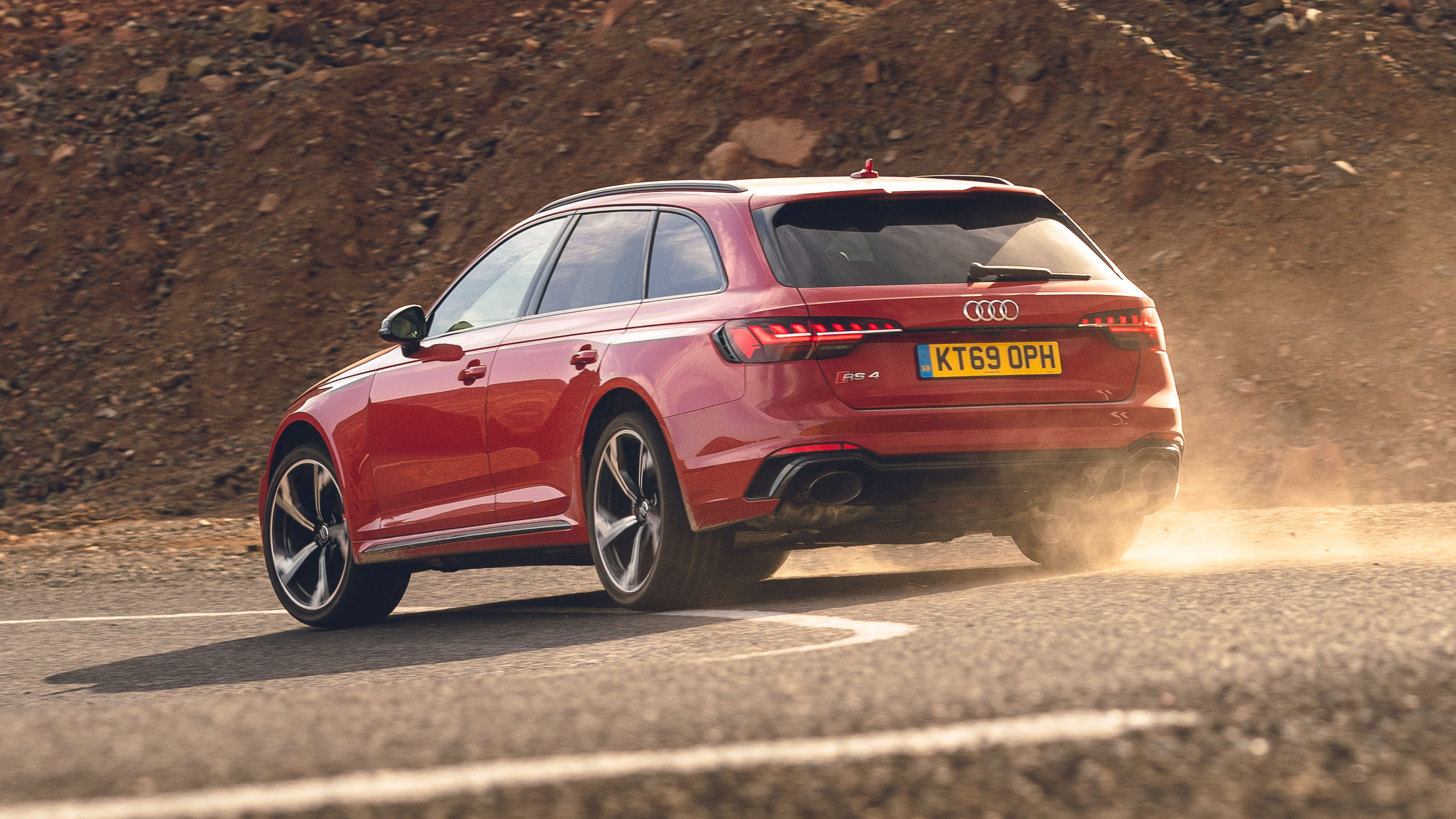 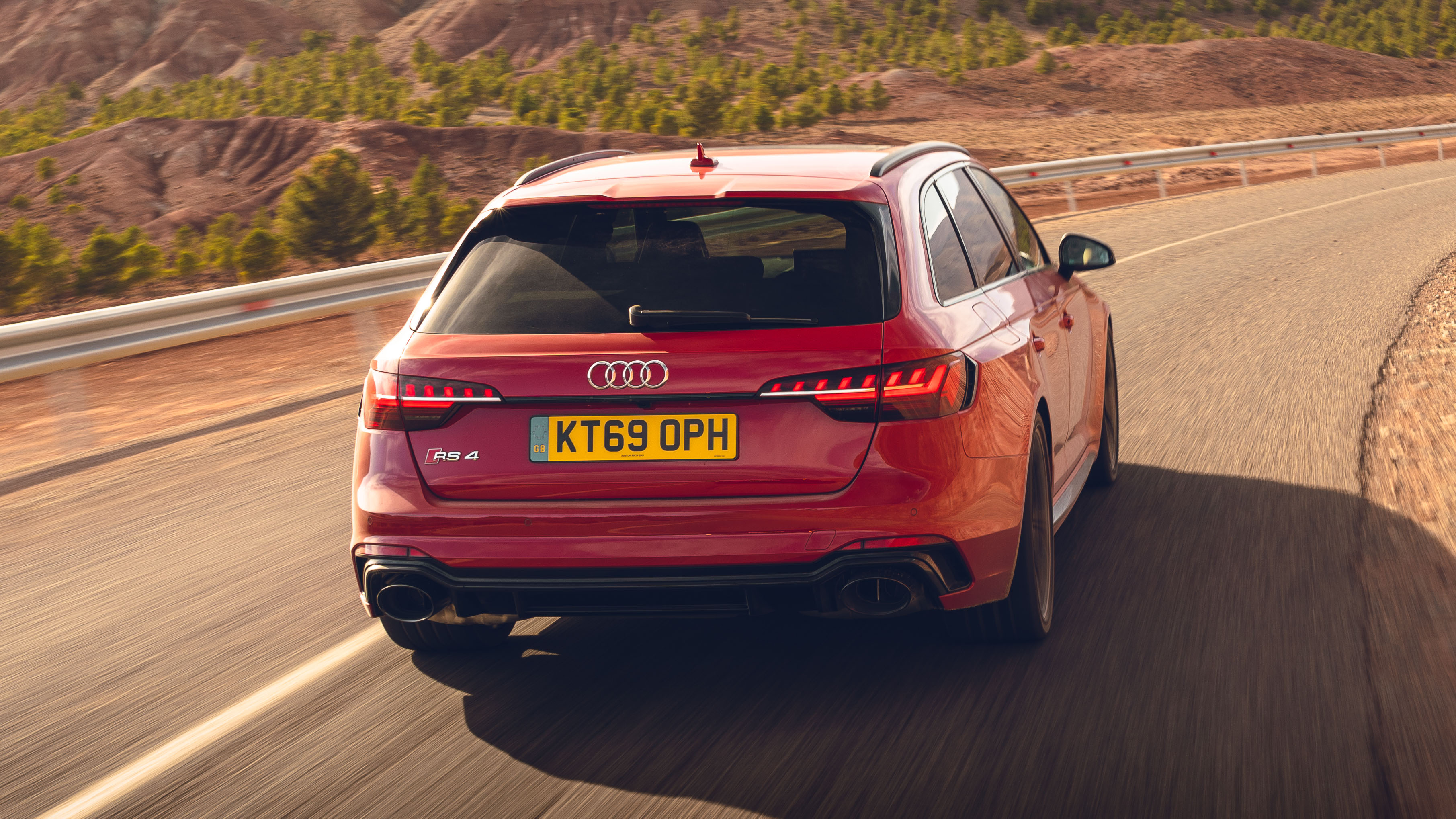 1 / 18
Advertisement
“This reworked RS4 shows how committed RS GmbH is to creating cars of real character. A bit uptight, mind ”

Thirsty if you up the pace, still feels a little bit aloof

You need to ask? It’s the fast Audi estate, the spiritual successor to the RS2 that kicked it all off 26 years ago with a car that accelerated to 30mph faster than a McLaren F1. OK, so the RS6 Avant is the horsepower daddy but we’d argue that the smaller and lighter RS4 is more fleet of foot and therefore even more desirable. It’s been around since 1999, when it used a 2.7-litre twin-turbo V6, before going nat asp V8 for a few thunderous golden generations before efficiently downsizing à la mode in B9 form (to use internal Audi code) and running a 2.9-litre biturbo good for 444bhp. That stays for this latest incarnation, a face- (and bottom) lift that eschews power hikes in favour of a judicious mission optimisation. This is all about finessing the chassis and powertrain, to deliver a car that’s more nuanced even if there are still elements of Ingolstadt sledgehammer to its character. Audi highlights weight reduction and improved driving dynamics, which sounds good to us.

There are visual tweaks, too. Following on from an A4-range wide overhaul, look out for new darkened Matrix LED headlights, which intensify a visage that was hardly lacking in aggression anyway. The single frame grille is wider and flatter, the RS-bespoke front air intakes are bigger than ever, chrome slits bisect the tail-lights, and the whole lot issues a comprehensive rear-view mirror fast lane, erm, ‘flip you’. The ur-Quattro through-line is taken care of via front and rear wheel arch tumescence (30mm wider compared to the stock Avant), and the (cosmetic) air vents on the bonnet’s leading edge. You’ll search far and wide for a more resolutely planted looking car than this, even on its standard 19in 10-spoke Audi Sport alloys (20in wheels are a £2k option, there are two new designs). Audi claims aesthetic kinship with the fabled Eighties IMSA 90 GTO racer, possibly the most deranged car in its entire back catalogue. Cool.

Elsewhere, the changes are all in the small print. New software promises faster shifts in the eight-speed Tiptronic gearbox, a wider torque curve (442lb ft between 1,900 and 5,000rpm), and there are quicker reactions and a more rearward bias in the quattro hardware, plus revised software for the passive anti-roll set-up and the adaptive dampers. All the safety, driver assistance and connectivity has been brought right up to date, with an RS-specific Audi Virtual Cockpit (sounds almost quaint now, six years after it first appeared in the TT v3.0), and the latest MMI touchscreen operating system. There’s also an eye-popping range of colours available. 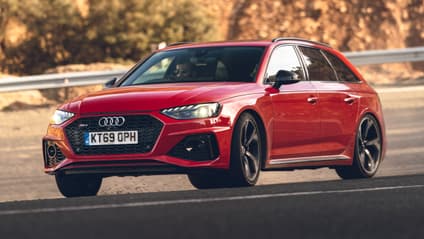 “This reworked RS4 shows how committed RS GmbH is to creating cars of real character. A bit uptight, mind”

The reworked RS4 shows how committed RS GmbH is to creating cars of real character, as opposed to machines that you simply point down the autobahn. Whatever the weather. The guys running the show over there are young and enthusiastic and their cars have an impressively evolving bandwidth, including considerable potential to entertain.

The RS4 is visually distinctive, impeccably engineered and built, and has the pace and capability to exceed the requirements for any self-respecting real-world supercar. Hard to fault in an objective sense, then. Yet it still feels a bit uptight, and not completely comfortable with the more extrovert aspects of its remit. In that respect, it’s probably tailor-made for its audience. 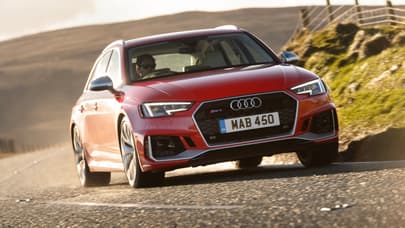 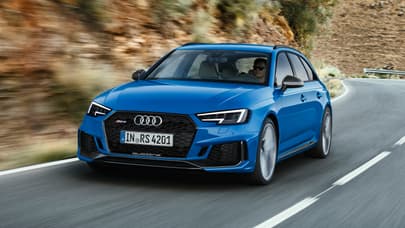 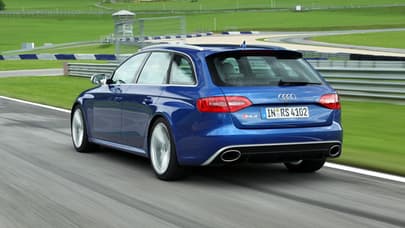