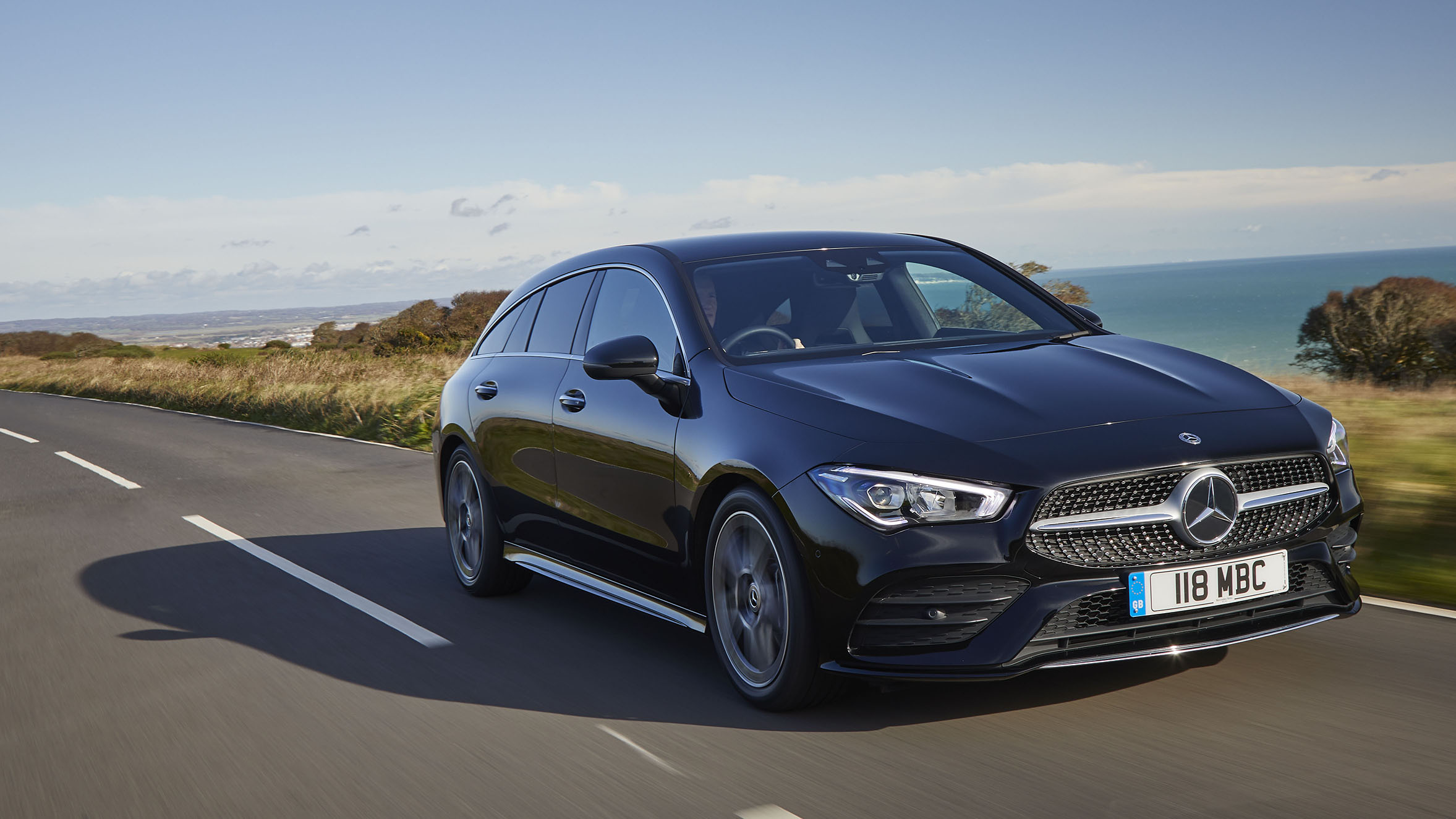 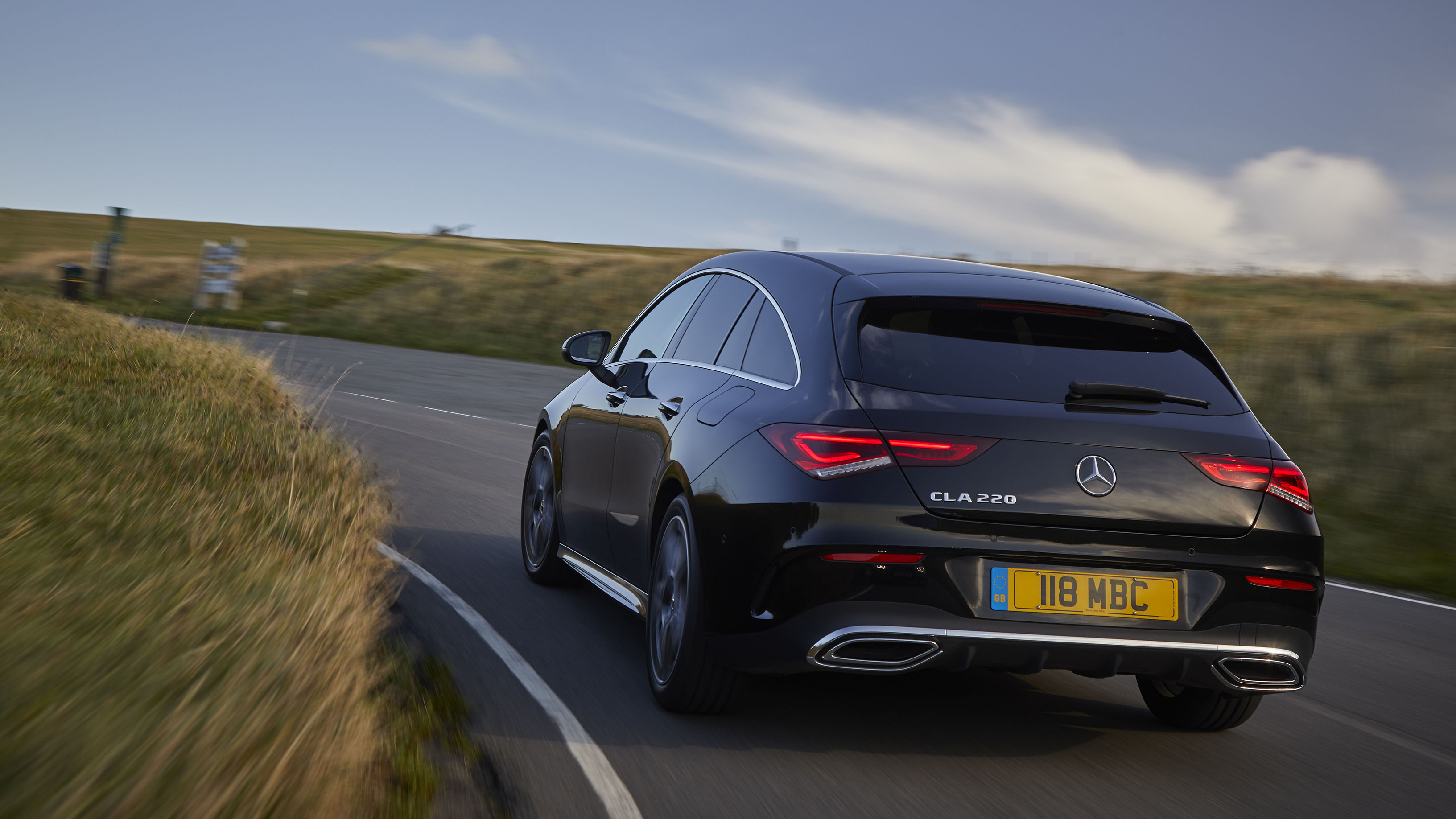 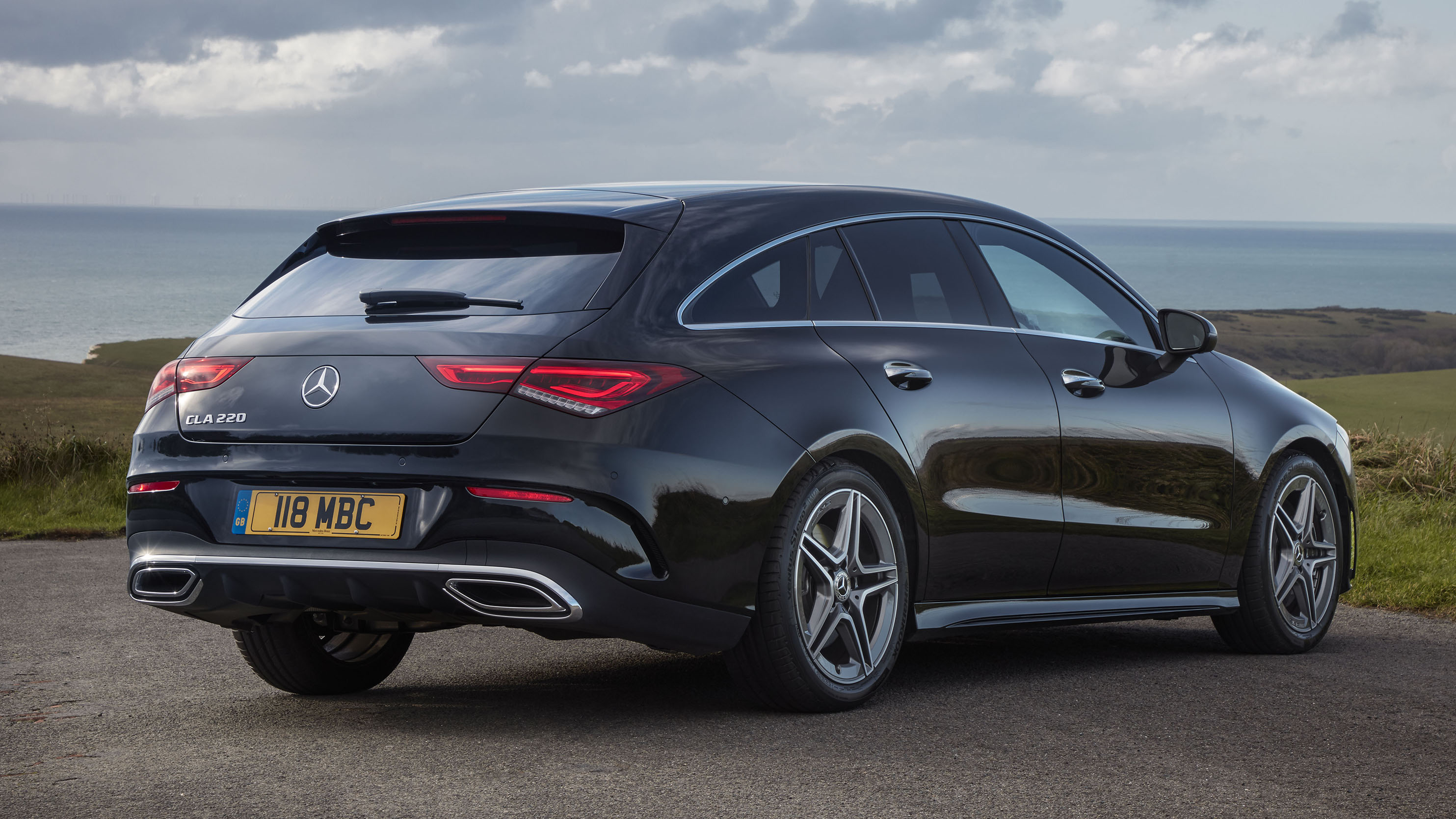 Palpably better to drive than an A-Class. It’s an estate car, but sexier, so people (might) think you’re more interesting

Interior is stupidly over-complicated in the tech department, not plush enough in the trim department

Ready? It’s the estate version of the coupe-style saloon version of Mercedes-Benz’s family hatchback. Yes, the CLA Shooting Brake is really an A-Class, except more practical, but not as practical as it could be, because style. If you’d suggested this car to the stuffy, traditional Mercedes-Benz of say, 20 years ago, you’d have been dropkicked out of the boardroom. Now, it’s golddust to Merc, because it’s a niche that the likes of BMW and Audi haven’t tapped into. Yet.

But, does that means it’s a pointless one? Well, the original CLA was a sales phenomenon so Mercedes was always sure to bring it back, and we’ve a soft spot for its ‘Shooting Brake’ estate sister because wagons are cooler. Especially now they’re a rare-groove choice against the Attack of the Crossover Clones. Clones like the GLA. And the GLB. See what we mean?

Better looking, isn’t it? Less nose-heavy, than the old CLA. And not as fussy. Mercedes realised it was adding too many lines, creases and swooshes to its bodywork, and it’s deleted them on the new CLA. Course, you still get a ‘floating’ front splitter, big bonnet power domes that the engines don’t really justify, and massive fake exhaust trims, but that’s nit-picking – this is a better-proportioned, more dignified mini-Benz than the one we used to have. And a smidge larger, too.

The new CLA is 48mm longer than the old one. Doesn’t sound like much, but all of that growth spurt has been injected between the wheels, to unlocks more cabin space. It’s roomier in the back and the boot’s a tad bigger too. But it’s the wider tailgate that’s a much more useful practicality boost.

The oily, spinny, noisy bits are all shared with the A-Class. That means there are some very good powertrains, and some versions to be avoided like a flatulent relative after Christmas lunch. Most versions are front-wheel drive, but there’s 4Matic all-wheel drive on offer on the loftier versions in the range, and it’s standard on the two go-quick Shooting Brakes: the AMG CLA35 and AMG CLA 45 – which add supercar-chasing performance to a car already niched to an inch of its life.

Inside, the dashboard and systems are all familiar from the A-Class too – love it or hate it – but there are some new Easter egg features – chiefly the CLA knows how many people are in the car, where they’re sitting, and when it’s being spoken to. Clever? Scary? That’s the future, apparently.

All UK variants are AMG-line, which means the style-first bodywork will roll around on sportier wheels and there’s a snouty front grille and flared bumper arrangement. Prices kick off just over £30,000, and don’t stop until you’ve got one with 400bhp and a £50k price tag. But before we get corrupted by power, let’s focus on the basics. 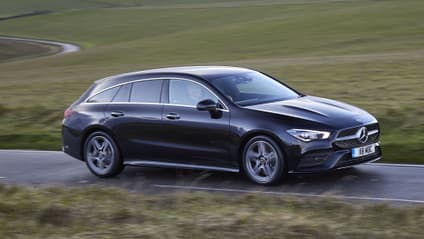 “Much better to drive than the A-Class it’s based on, plus it’s more useful than the saloon. Buy one of these, not a crossover”

If, tomorrow morning, the boss of Mercedes decided to stroll into work and cull half of the models the company makes, the CLA Shooting Brake would be one of the first on the block. It’s basically an estate version of the A-Class, but it’s not as practical as a C-Class estate, nor as popular as an SUV-crossover like the GLA. Or GLB. So it’s a niche within a niche. It’s a true oddball, and big, traditional companies don’t tend to have much patience for such eccentricity.

And yet, Mercedes has persevered with the CLA Shooting Brake, and it’s worked. It’s palpably better to drive than an A-Class, usefully roomy, and rather arresting to look at. It’s actually the most well-rounded, versatile small Mercedes, so against the odds, it should be one that Benz keeps on the books for a while yet. Every so often, a niche really hits the spot. 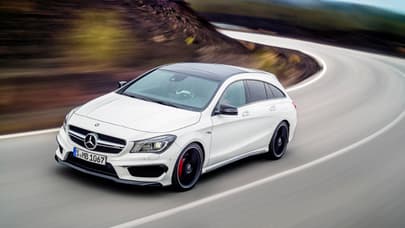 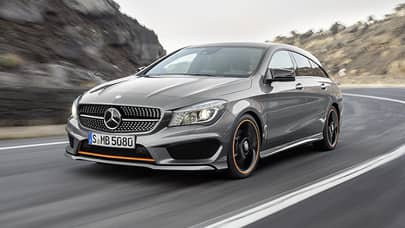