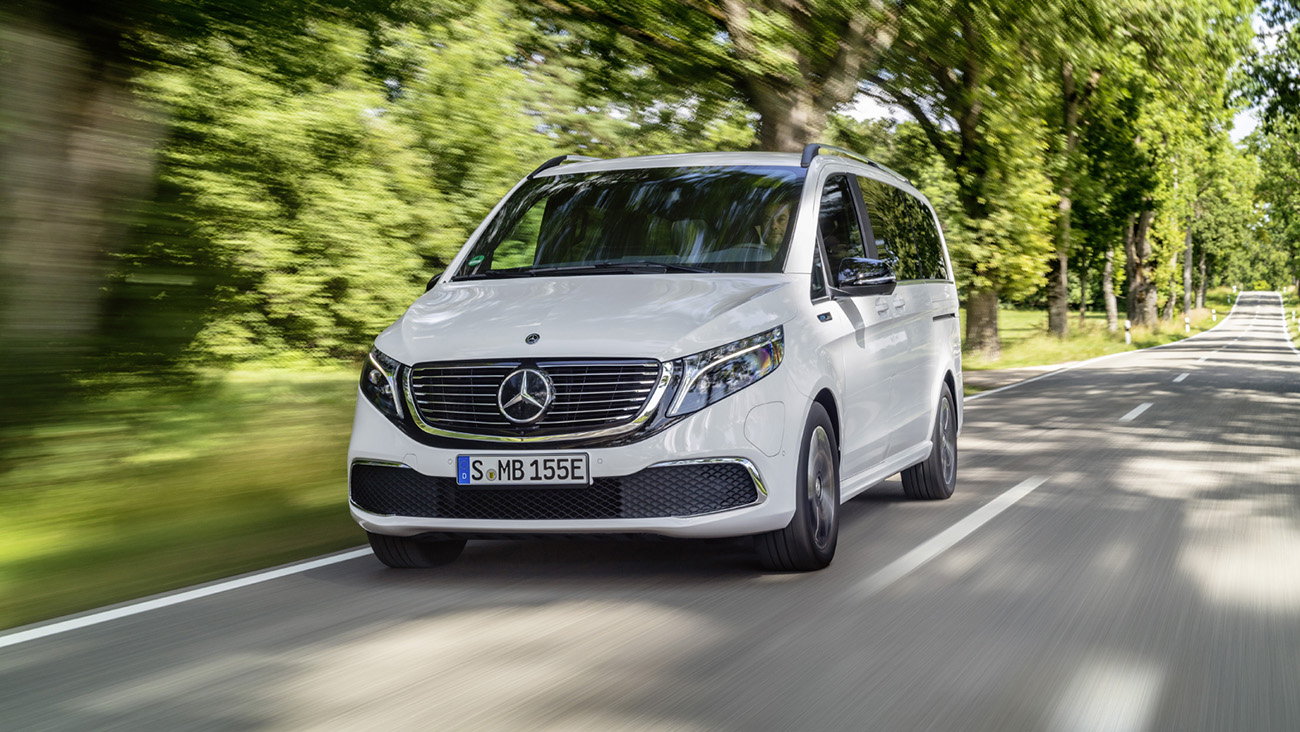 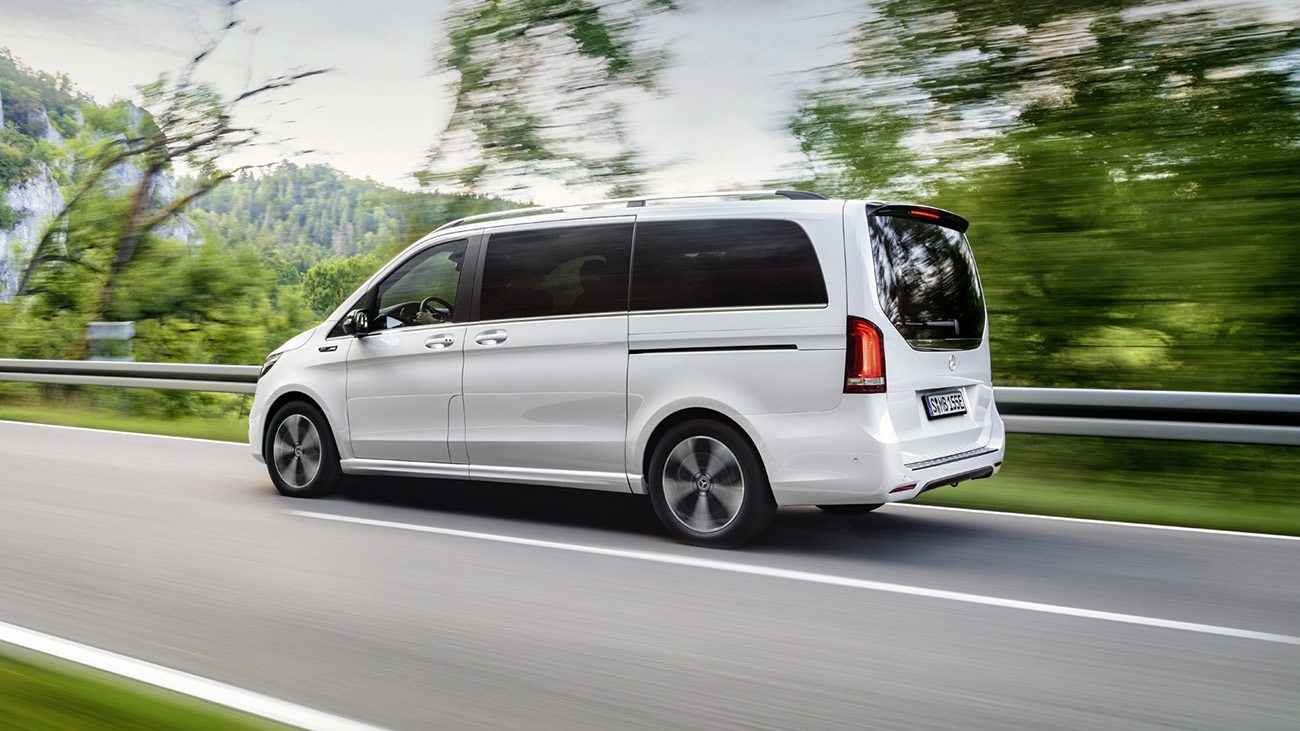 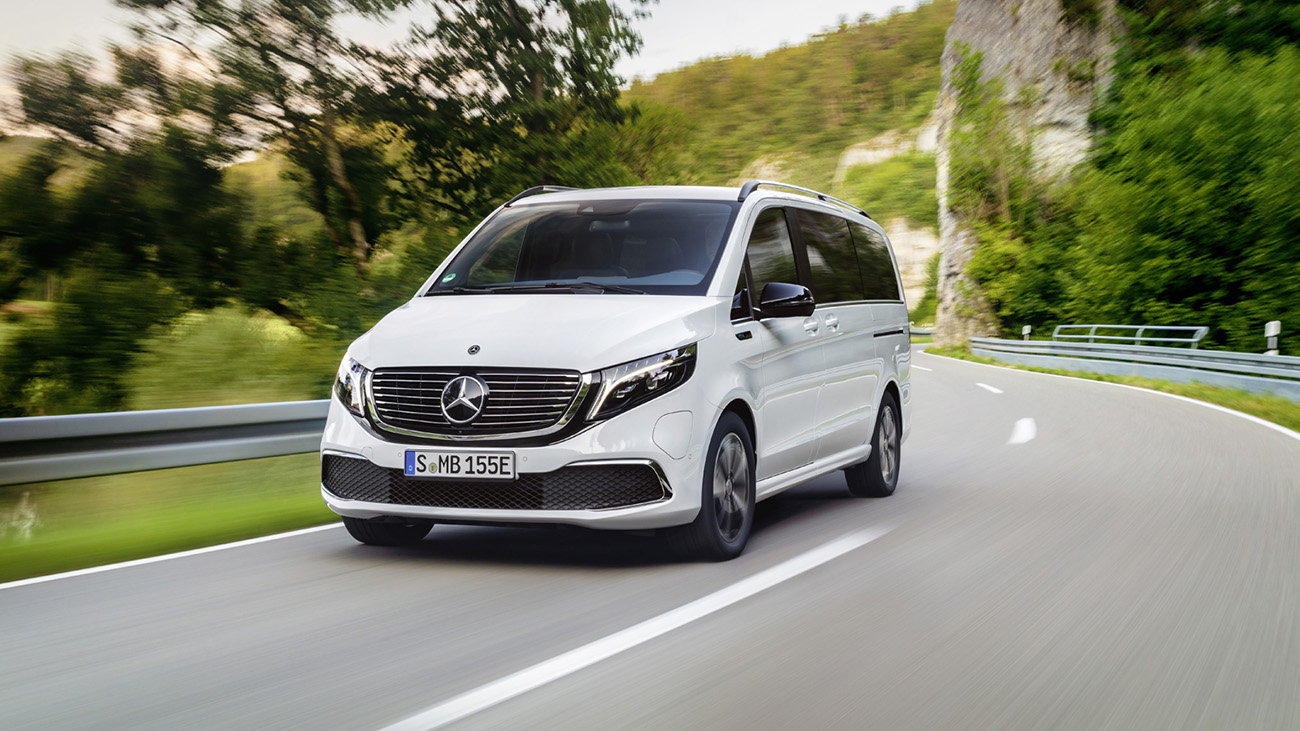 1 / 6
Advertisement
“If you're after a seven-seat electric car, then this is one ”

This is the Mercedes-Benz EQV, an electric version of the V-Class MPV that was itself converted from the Vito van. The electric option might be new (ish), but the V-Class itself has been on sale since 2014, so it’s not even a recently developed conversion of a conversion, but it all works smoothly enough.

Mercedes says that its EQ brand stands for its core values of emotion and intelligence, but then that should really be ‘EI’ shouldn’t it? Really makes you question the intelligence… But it’s all part of Mercedes’ efforts to create a shadow range of EQ-badged electric versions of its ‘normal’ cars that will offer customers the full spectrum of choice when it comes to making the big switch.

Hasn’t it got loads of seats?

Well this is the main thing in the EQV’s favour – so many giant SUVs have had to sacrifice their last two seats in order to make the transition to plug-in hybrid status, let along going full EV. There are so few options for larger families to go green, apart from walking in a nice line. You’ll likely rule out the Nissan e-NV200 Combi after you’ve driven it, the Citroen e-Spacetourer/Vauxhall Vivaro e-Life are cheaper, slightly smaller EVs (and there are smaller, cheaper still Rifter and Berlingo options), while the Tesla Model X is over £25k more expensive. Suddenly a £70k electric MPV from Mercedes doesn’t seem so terrible.

What are the good things about the EQV?

There’s a decent amount of kit thrown in with the EQV, there’s loads of room for both passengers and luggage onboard and the ride is commendably smooth and supple. Passengers in the back will be wowed by the space and will have lots of fun playing with the movable table that comes as standard on the Sport Premium and Sport Premium Plus models. Not only that, but you shouldn’t have too much trouble getting 200 miles out of the 90kWh battery.

And the bad things?

On the downside, there are a few unseemly van-like squeaks and wind noise issues that come to the fore with silent electric power, handling is only so-so (the ride might be pillowy soft, but it means there’s a lot of lean through corners), the brakes are inelegant and the EQV is quite slow unless you whack it in Sport mode, but that rather undoes the solid work of the comfort-oriented suspension.

Is it easy to live with?

The EQV is an incredibly easy car to get along with – driving it amounts to point and squirt while making sure not to crash into anything (the size might take a bit of getting used to, but it’s all nice and square), while the electric side of things is just as simple. The charge point is in the front left corner of the bumper and the 90kWh battery can be filled from 10–80 per cent in 45 minutes on a 110kW rapid charger. Plug into something slower and you can benefit from up to 11kW thanks to the onboard charger. You also get three years of access to Mercedes Me Charge, which gets you preferential rates when juicing up at the likes of BP Pulse and Ionity. 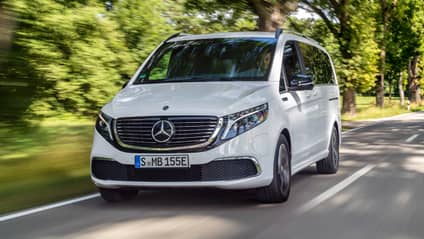 “The EQV's occasionally compromised, but its virtues seal the deal”

The EQV is probably the best of the seven-seat electric options currently available – it’s well specced, comfortable enough for everyone onboard and doesn’t compromise on practicality. That said, it would be a lot cheaper to buy two smaller electric vehicles and some walkie talkies, but who are we to dictate anyone’s lifestyle choices?

There are some compromises that have endured in the van-to-MPV-to-electric conversion, and the EQV’s age can’t be disguised that easily. Still, its virtues are more than enough to seal the deal if an expensive seven-seat electric car is what you’re really after. 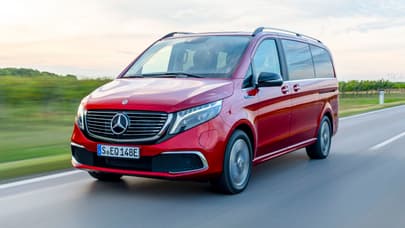