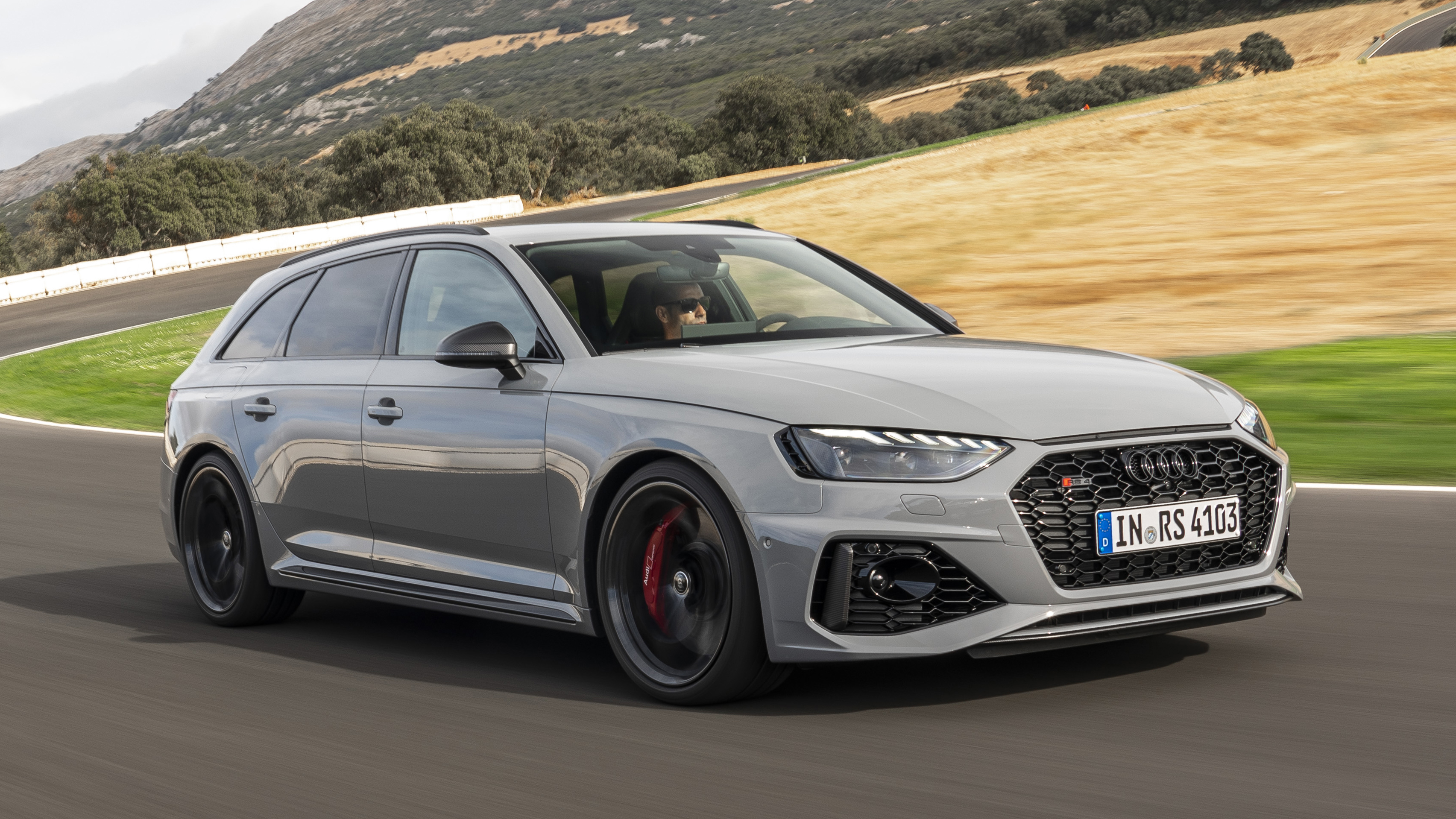 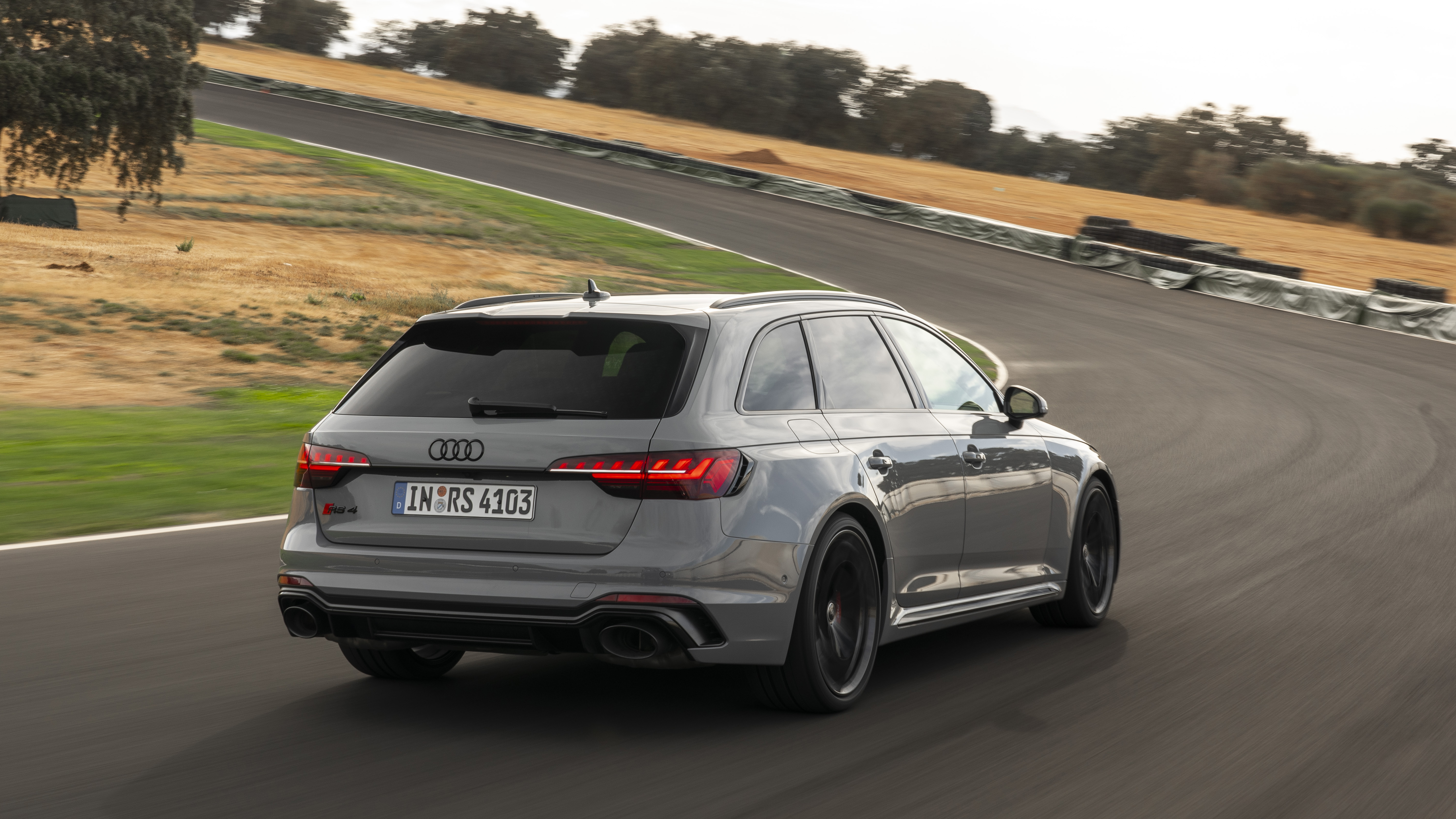 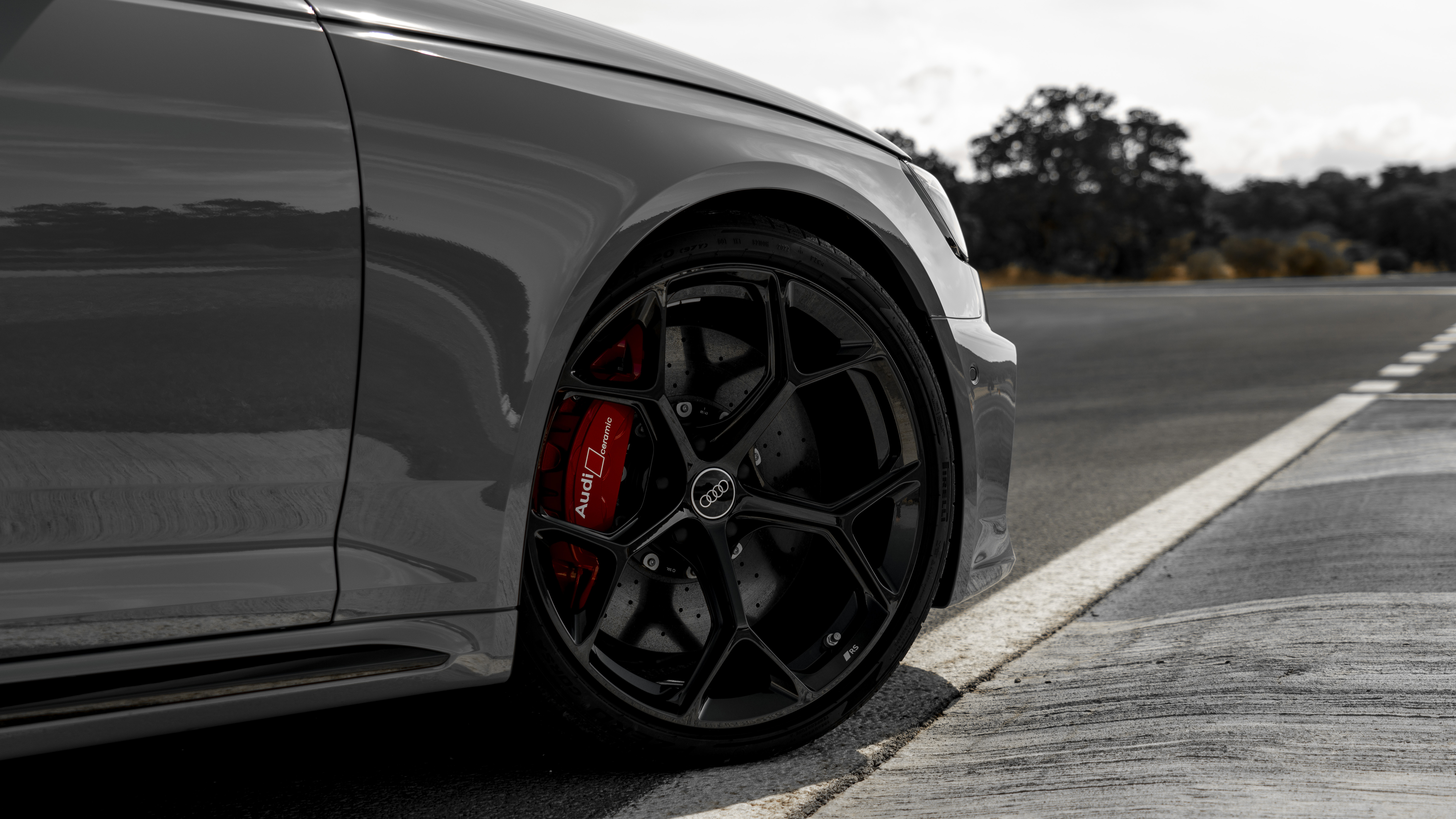 Final special edition o’clock for the Audi RS4, is it?

That’s pretty much what you’re looking at here, and the news isn’t good. Only 75 examples of the RS4 Competition have been allocated to the UK. At the time of writing, fewer than ten remain unsold, despite it costing a mighty £84,600.

So, it’s very expensive, stupidly rare, and there are other problems too. In the UK, you can’t have one in this fetching grey: it’s black only. The vastly improved bucket seats fitted to these European test cars are also not being bolted into the 75 UK cars. It’s also lacking updates in the powertrain department.

So the RS4 Competition isn’t any faster?

I didn’t quite say that. But there’s certainly no more power: the engine remains a 444bhp 2.9-litre V6 with twin turbos. Torque is pegged at 443lb ft. Both of these numbers lie far below what BMW is popping behind the grilles of the upcoming M3 Touring.

However, thanks to stickier tyres and some revised gearbox software, Audi says the Comp is a tenth quicker from 0-62mph than the existing RS4. It’ll get you there in under 4.0 seconds, while the top speed has the higher factory limit of 174mph imposed.

Hardly Christmas, is it?

Indeed, the RS4 Competition is not a car dripping in ‘YOLO, it’s the last one, let’s go for it’ attitude, on first impression. You have to look very closely to see what the fuss is about.

Firstly, there’s the active rear differential and a fixed steering ratio, instead of the usual speed-sensitive nonsense Audi likes to sully its RS cars with. These are optional packs in Europe, but standard on Brit-bound RS4 Comps. Audi says these additions were designed not to make the car faster exactly, but more responsive, agile, and fun. These are not words usually found in the Audi engineer’s vocabulary.

So, there are geeky tweaks to enjoy. Forget the carbon fibres details and the Alcantara trim inside, and note how instead of being limited to 3,800rpm when revved from standstill, the Competition revs to 5,000rpm. “Ja, we have let our hair all ze way down.”

There’s new coding for the engine control unit, a revitalised gearbox map and even the ESC has more of a sense of humour before it saves you from crashing. And the sports exhaust is apparently rortier, while not tripping over the latest EU noise limits.

Are you building up to a big reveal here?

That’s spoiled that then. The RS4 Competition’s biggest and best new feature is the arrival of phenomenally nerdy suspension. Out goes the old comfort/auto/dynamic-mode adaptive set-up, and in comes a manually adjustable system with up to 20mm of ride height drop available. Drop the Comp as low as it can go and it exudes menace and stance: it’s a handsome car, but running this low, it’s actually pretty stunning, sat hunched over its lighter, pleasingly unfussy wheels.

Thrown in with your RS4 Comp, you get a presentation box with tools for adjusting your trick suspension. There’s 12 clicks to choose between for your low-speed compression, and up to 15 settings for high speed behaviour. Can you imagine how much potential there is to spanner that up and end up with an RS4 that rides like a 1970s Cadillac?

Presume they let some Germans do it then, and kept you well away from the toolbox?

Correct, before being swiftly beckoned onto a circuit. Now ordinarily, there’s very little point in driving an RS4 on a track because it’s dangerous to fall asleep behind the wheel, but the Competition set about confounding these stereotypes by not blindly ignoring what the driver (hello) wanted.

Despite the ‘sport differential’ it still never feels like a car that’s sending huge slugs of power to the back wheels – in contrast to the latest tail-happy RS3 – but on the brakes, or with a bit of a lift, this is an RS4 you can negotiate with. It’s more responsive, a little more focused and taut. The ceramic brakes absorb an absolute pounding on track, the tyres don’t appear to go off after three laps. Pity that the V6 engine note remains diluted – no amount of exhaust harmonics give it the snap of the Alfa Quadrifoglio V6.

Is it now horrible on the road?

Very cannily, Audi has different RS4 Competitions set up for road use. These were only lowered by 10mm, and had the suspension dialled back from maximum attack. In short, on some dodgy Spanish mountain roads – yes, it’s appreciably firmer than a standard RS4, which has a languid maturity about its road manners. I’m sure a suitably engaged owner could set about finding a better compromise by experimenting with their toolbox on a Sunday morning, while their better half stands in the bedroom window shaking their head and sighing.

Another worthwhile detail improvement is the gearbox – at long, long last, someone clever at Audi RS has realised that when ‘manual’ mode is selected, the gearbox should not auto-upchange at the redline, or auto-kickdown, or do anything else automatically. It should bloody well do as it's told, when it’s told to do so. And apart from high-rev downchanges, which still take too long due to the V6’s inertia, the RS4’s eight-speed transmission is now much more obedient. Phew. That only took half a decade.

Is the RS4 Competition one of the all-time great fast Audis?

It’s undoubtedly a choice-cut of RS4, but to only build so few examples and for all the changes to need major concentration (or a racetrack) to spot, the Comp is an odd car, and in some ways, a case of too little, too late.

What’s cause for optimism is the attitude of Audi’s RS engineers. They point to the lessons they’ve learned in making the Comp – and the new driftable RS3, and the latest rear-wheel drive R8 – and insist that having discovered the word ‘fun’ in the dictionary, they won’t forget it for the new hybrid RS4, and beyond. Hopefully that’s true. And they’ll make more than 75 next time.