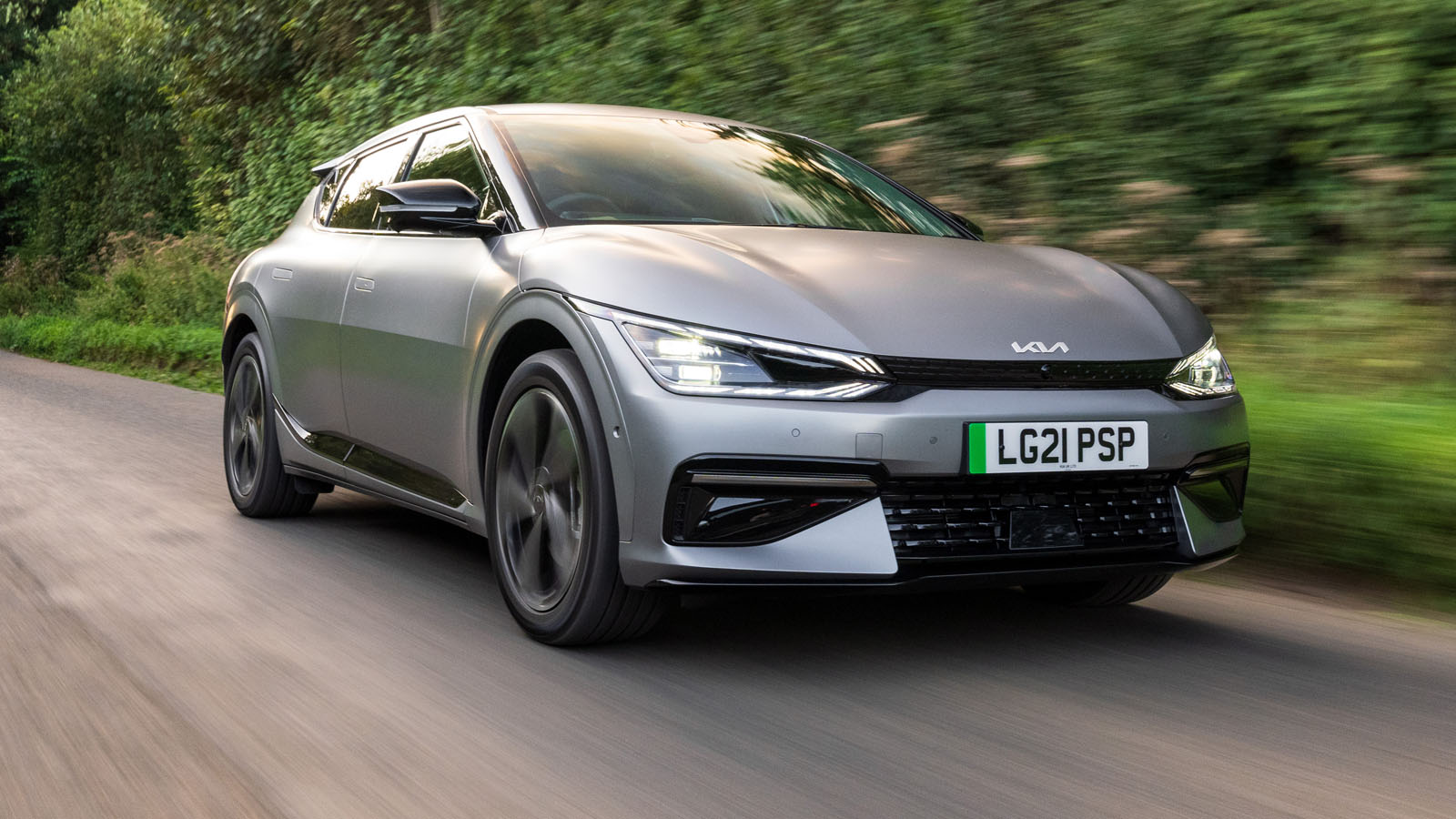 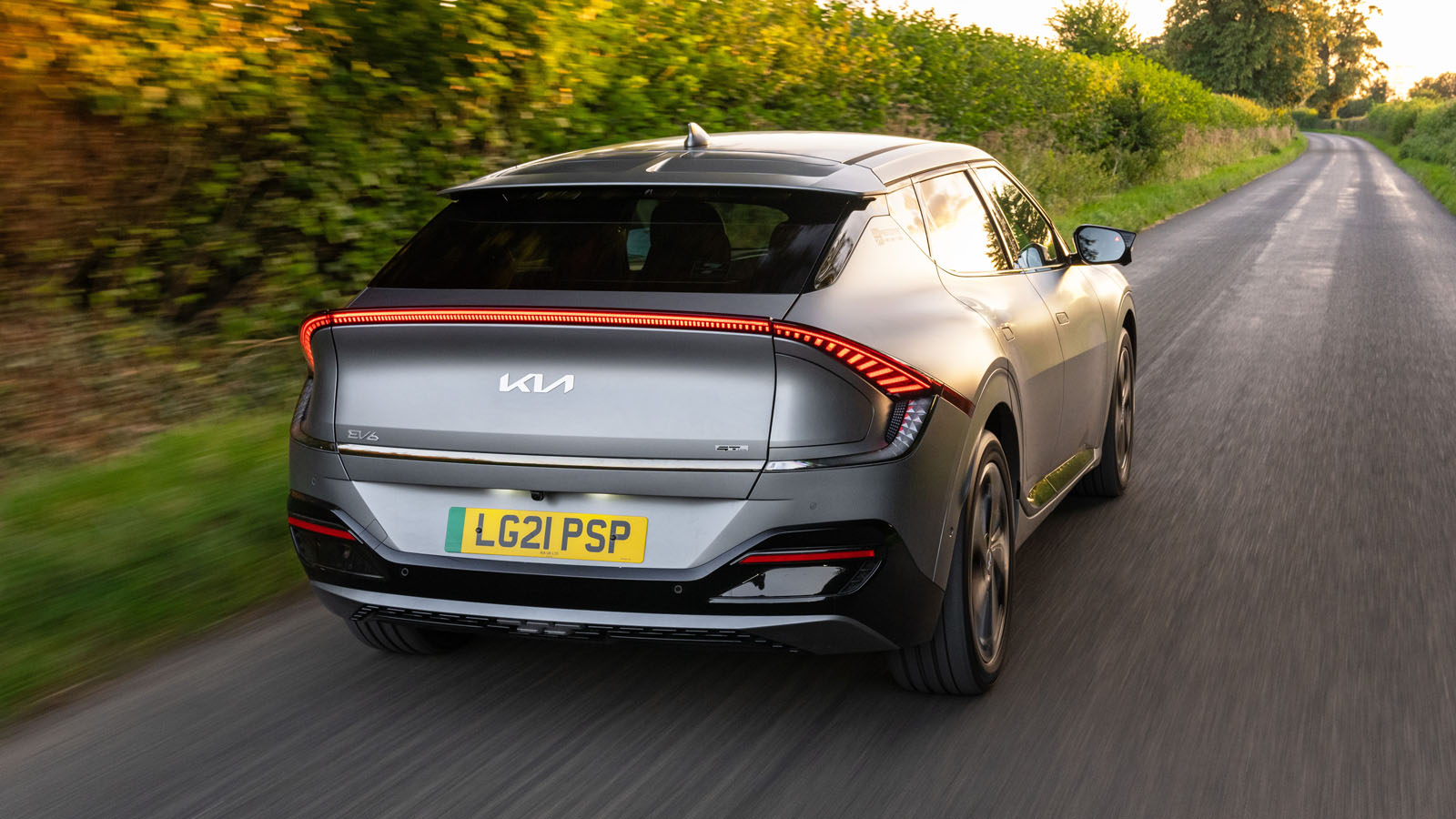 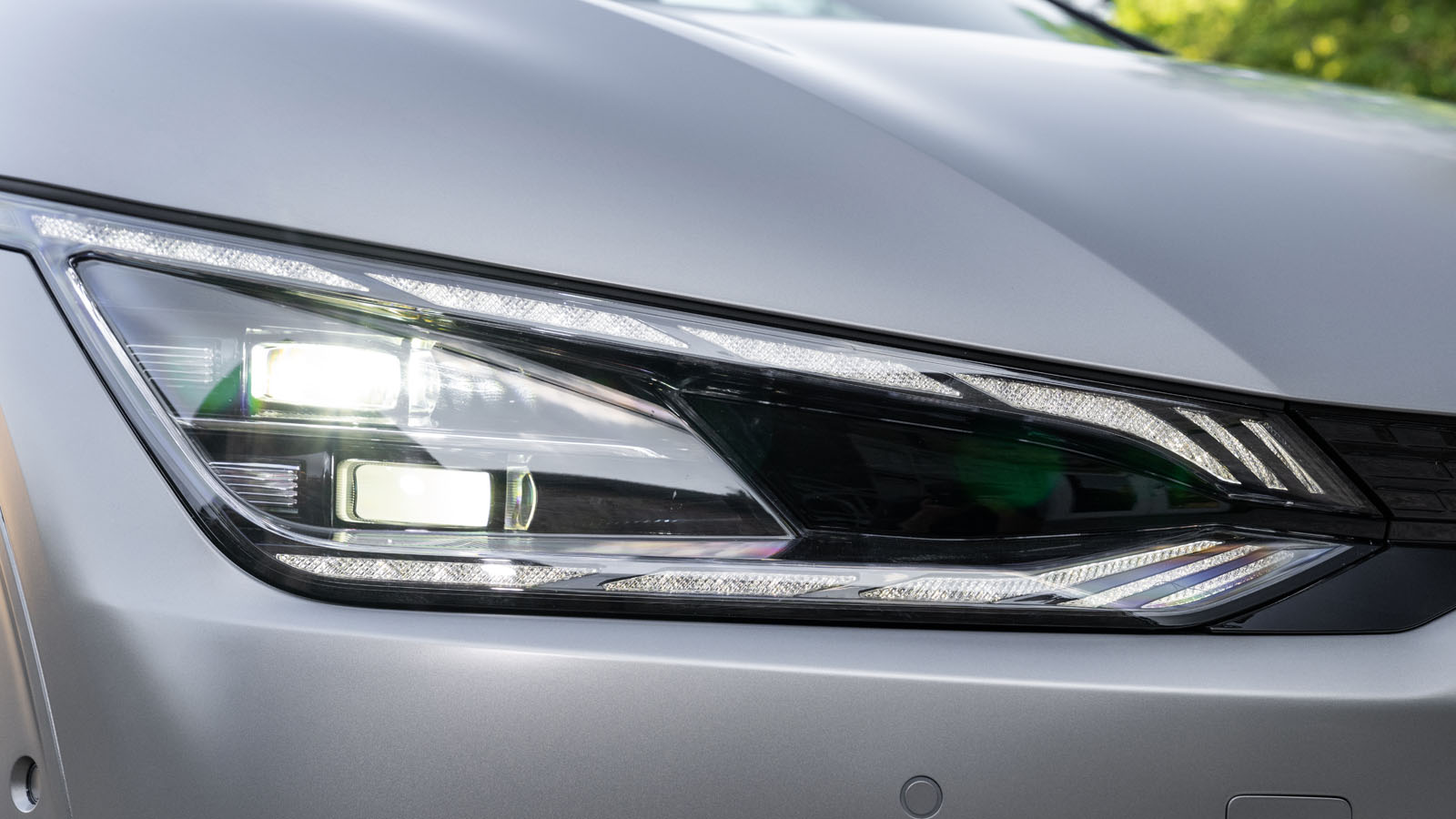 1 / 19
Advertisement
“Kia proving that forward-thinking doesn’t need to be entirely wacky. An extremely attractive package that makes a lot of more premium manufacturers look at least two steps behind ”

It’s a bit big - you have to think full-size SUV when parking - could be a bit odd-looking for some, not exactly cheap

It’s a large, pure-electric hatchback SUV with polarising styling, tonnes of useful tech and excellent attitude, in the same vein as the equally recent Ioniq 5 from Hyundai. Literally. And yes, both are much bigger than they appear in pictures - it’s not just perspective. We’ve already driven the Hyundai Ioniq 5 and liked it very much, and Kia’s EV6 is essentially a platform-share/sister car with the ‘5 and the forthcoming Genesis GV60, thanks to an interwoven corporate and brand structure that’s big on common resources. It’s based on the new electric-global modular platform called E-GMP, has the same (standard in the UK) 800-volt charging architecture and largely the same hardware and drivetrain options. All get more than 300-miles of WLTP range, and we don’t get the smaller-batteried (58kWh battery, 250-miles of range) cars in the UK, at least at launch.

Interestingly, it comes with a slightly bigger battery as standard (77.4kWh useable plays 72.6 for the Hyundai) and a marginally shorter wheelbase than the Ioniq 5, so these two aren’t twinning as much as some people might imagine. And yet it is a very different car.

While the EV6 might share the basic theory as the Ioniq 5, it has less bootspace, feels much more intimate inside (the ‘5 is very big on the feeling of interior volume, the EV6 much less so), and from the off feels much more driver-focussed. There’s more direct and distinct steering, better body control - still in context of a more-than-two-tonne electric SUV, mind - and sharper responses. Sport mode, accessed from the small paddle at the bottom left-hand side of the wheel, brings faster throttle response and heavier steering (as well as a red-for-danger dash and more fake noise), but genuinely makes the EV6 feel more committed. And it’s fast - the throttle maps might not have the neck-breaking jolt response of something like a Porsche Taycan, but it’s well judged and gets away from pretty much anything bar a full-on sportscar from a standstill, even as this middle of the range two-motor version. Saying that, it’s wise to note that this really isn’t a lithe B-road dissector - the sheer width and bulk of the EV6 means that you have to be cautious when on smaller lanes, though A-roads are dispatched with that easy nonchalance that very good electric cars excel at.

Quality is excellent even on the early cars that we’ve had access to, and the gadget-count will have button-fetishists frothing - everything from advanced ADAS (advanced driver assist systems), to the latest safety kit and stuff like a huge head-up display that stretches over a good portion of the driver’s view. There are a couple of 12.3-inch screens that make up the interior information portal, the left-hand side one being touchscreen, the one in front being info-only, and there are actual knobs to control temperature and a haptic bar between them to do all the other stuff. It’s well laid out, although it would take more than a minute to decipher all of the various functions. It’s full of detail though, and feels forward-thinking, rather than an agglomeration of elements. It’s pretty damn good, all told.

“Kia proving that forward-thinking doesn’t need to be entirely wacky. An extremely attractive package that makes a lot of more premium manufacturers look at least two steps behind”

Distinctive yet not likely to immediately fall off a fashion cliff, interesting to drive but not likely to worry a dedicated sports car, the EV6 carves a very different path dynamically to the Hyundai Ioniq 5 with which it shares bones and blood. And that’s no bad thing. But it’s also spacious, quiet and a very capable cruiser and equipped with that 800-volt architecture that makes the most of pretty much any public charging station you can lay your hands on. There are less powerful two-wheel drive versions, and the much more powerful GT on the way, and it’s one of those cars that makes you think other manufacturers are one step behind the game compared to the Korean pure electric offering. The eNiro may have been über-competent but bland - the EV6 addresses the issue; it’s both incredibly competent and unique enough to stand out, even with a notable platform share on the E-GMP platform.

Yes, this is not a small car on a typical British B-road - or anywhere else for that matter - but no worse than most higher-riding SUVs. And yes, the penchant for having paranoid safety systems (and attendant bongs/cheeps/bleeps) may satisfy those who note Euro NCAP scores, but they’re actually simply irritating in real life.

Impossible to ignore the fact that this is a well-judged, rounded, interesting and satisfying car from Kia. And it puts other manufacturers on notice; ‘good enough’ won’t cut it. 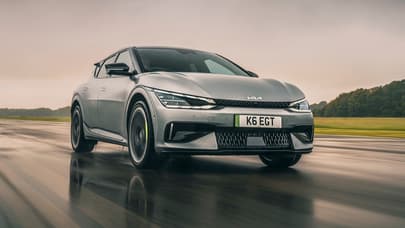 Kia EV6 GT review: a budget alternative to the Taycan?