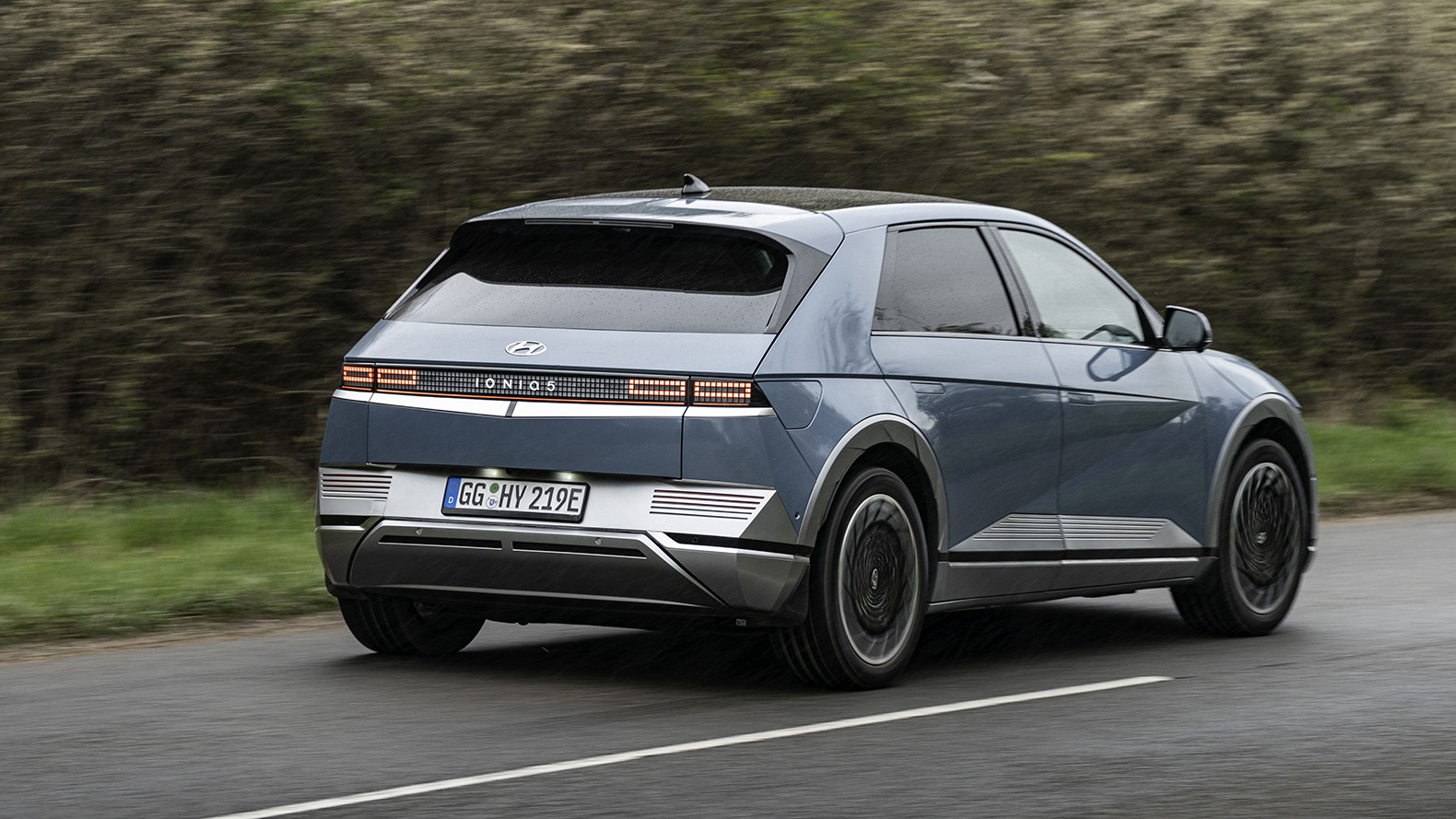 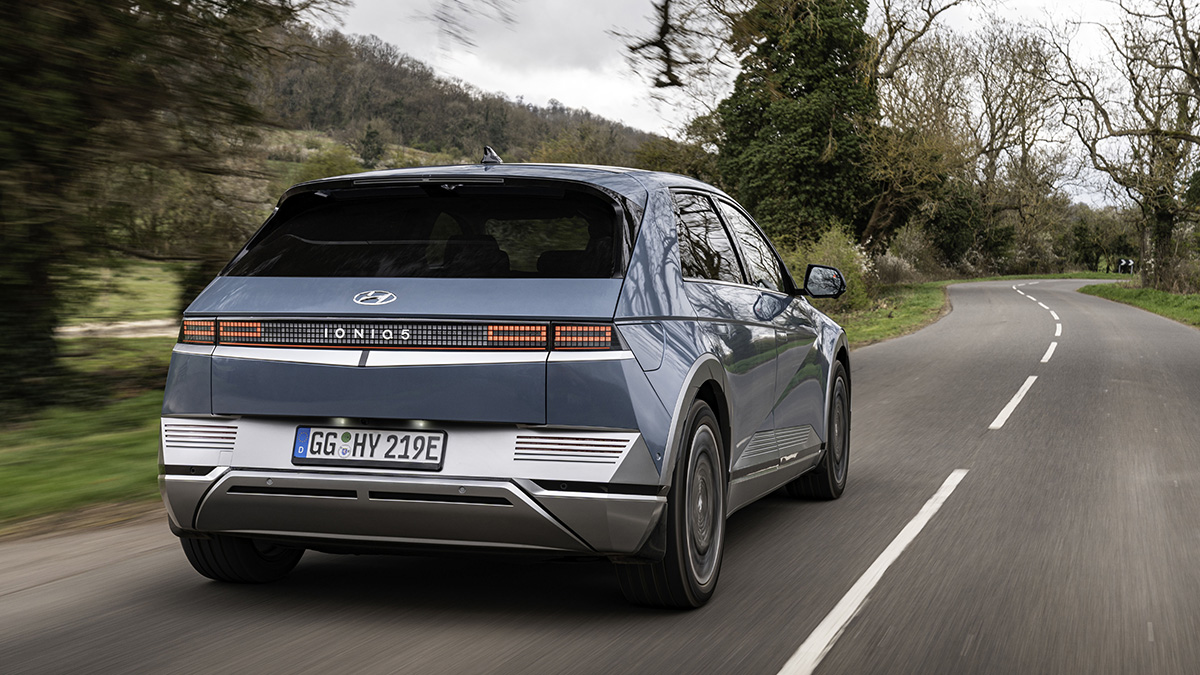 The first of a new family of all-electric cars from Hyundai – expect smaller Ioniq 3s and 4s and a larger Ioniq 6 in the fullness of time. And expect those to be rather excellent machines, if this first effort is anything to go by.

Is this Hyundai’s first go at an EV?

Nope, the Koreans have been quietly making decent electric cars for some time now. The old teardrop-shaped Ioniq was available as a pure EV, though most left the factory as mild hybrids, and for a few years now we’ve been seriously impressed by the Kona Electric: a small crossover which embarrasses the likes of an Audi e-tron and Jaguar I-Pace for battery range.

Worthy as those cars are, Hyundai realised it wasn’t going to get a foothold in the EV gold rush alongside the likes of the VW ID cars unless it wrapped up everything it had learned about going electric in a body that turned a few heads. And then dropped jaws into laps when we clapped eyes on the interior. And this is what makes the Ioniq 5 one of 2021’s stand-out star cars. It’s an EV you’ll want to own just from clapping eyes on it – before the range and features seal the deal.

Let’s talk about those looks.

This is easily the biggest head-turner among EVs right now. No fake grille – just a light motif that ‘bleeds’ through the front trim. The front frown looks purposeful, the creased sides are brave, and the LED-festooned rear is pure Pixar movie robot. It’s a tremendous piece of car design that somehow hits all the aero and pedestrian safety targets while looking like a cross between a DeLorean hot hatch and a prop from Blade Runner.

Optical illusion, that. While the Ioniq 5 can appear in pictures to be the same size as the wee Honda e and Fiat 500e, it’s actually a large Range Rover Evoque-sized crossover masquerading as a family hatch. It rides on a new, bespoke Hyundai platform set to underpin a fleet of new EVs with the usual mix-and-match approach to front and rear motors and a ‘skateboard’ slab of batteries under the floor. Hyundai’s made a boon of that by giving the Ioniq 5 a raised seating position and an upright, airy glasshouse. So it feels spacious, and it’s easy to place in town.

Let’s be having those specs then.

Refreshingly simple, this. Take note, VW ID3: this is how to keep an EV trim line-up simple.

On the near-£50k ultimate trim level called, um, Ultimate, you still get the choice of all three powertrains, but Hyundai will tempt you with 20-inch rims, a head-up display, and the ability to use your car to power other electrical devices. Even other EVs. Seriously. 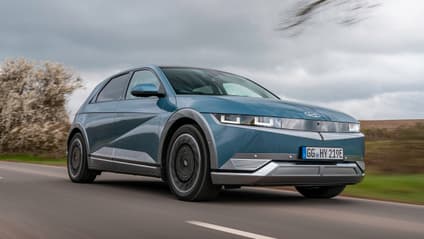 “A sensational-looking all-electric crossover that blurs boundaries, challenges the status quo, and makes us yearn for a Korean hatchback”

That Hyundai is now confident enough to put a car as bold-looking as the Ioniq 5 on sale is impressive. But the fact this retro XXL hot hatch bodywork conceals one of the most complete family EVs money can buy is downright remarkable.

If Hyundai can maintain this momentum behind the upcoming members of the Ioniq family, then the likes of VW’s ID cars and even Mercedes’s EQ clan ought to be extremely worried.

By taking the punt that people are more likely to be converted to EV ownership if the car is desirable as an object and an experience – and gambling that there’s more to life than the European players’ softly-softly don't-offend-anyone approach, Hyundai has built one of 2021’s exceptional cars.

Course, we said much the same about BMW’s brave i3, and that pretty much sunk as a business case. Whoops. Here’s hoping beyond the pre-order hype, Hyundai’s onto something here. The future of semi-interesting family motoring could depend upon it.