£215 p/m
External link to
with Leasing.com
Read why you can trust our independent reviews
Top Gear Team
Published: 22 Oct 2021
Skip 18 photos in the image carousel and continue reading 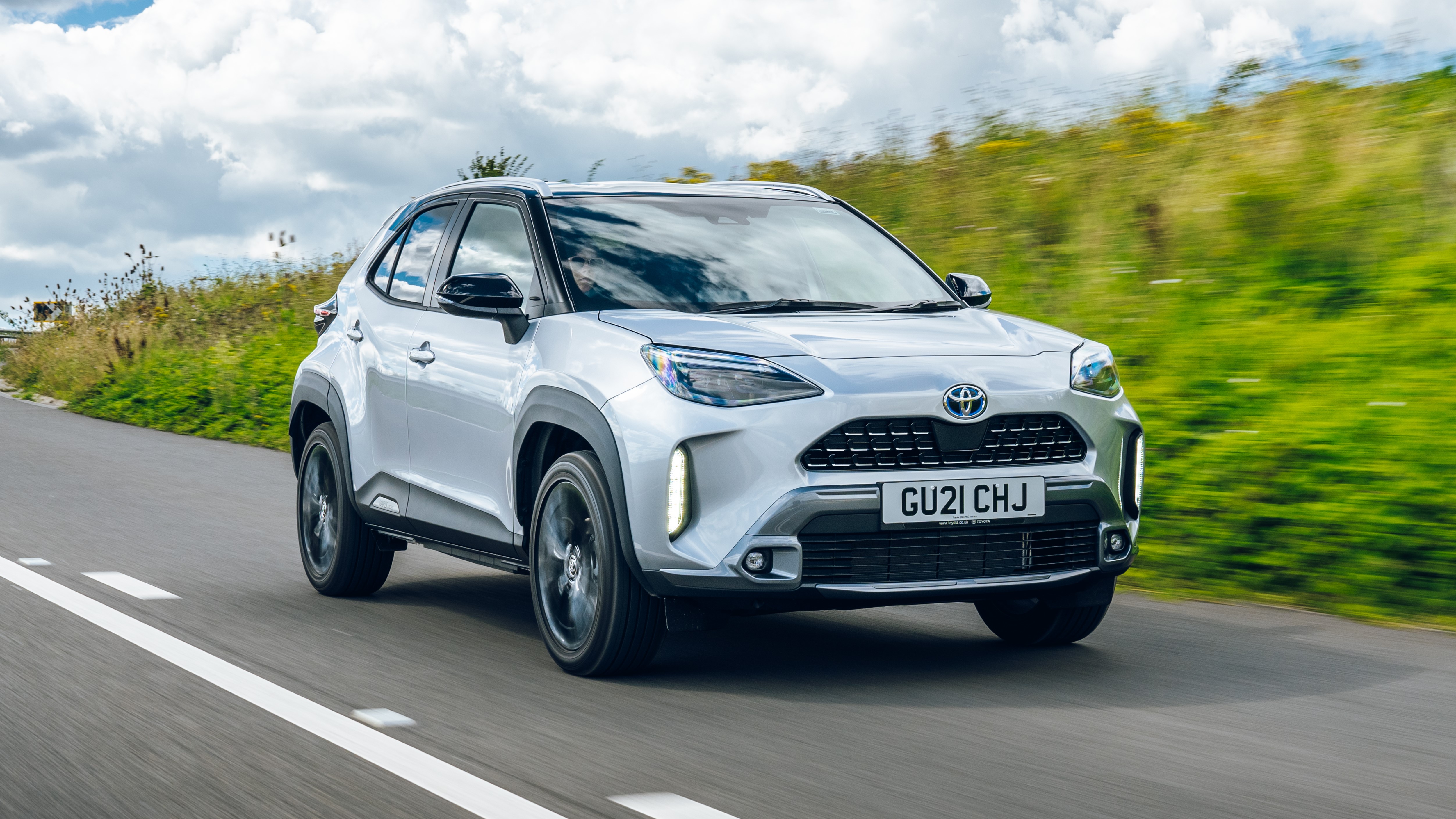 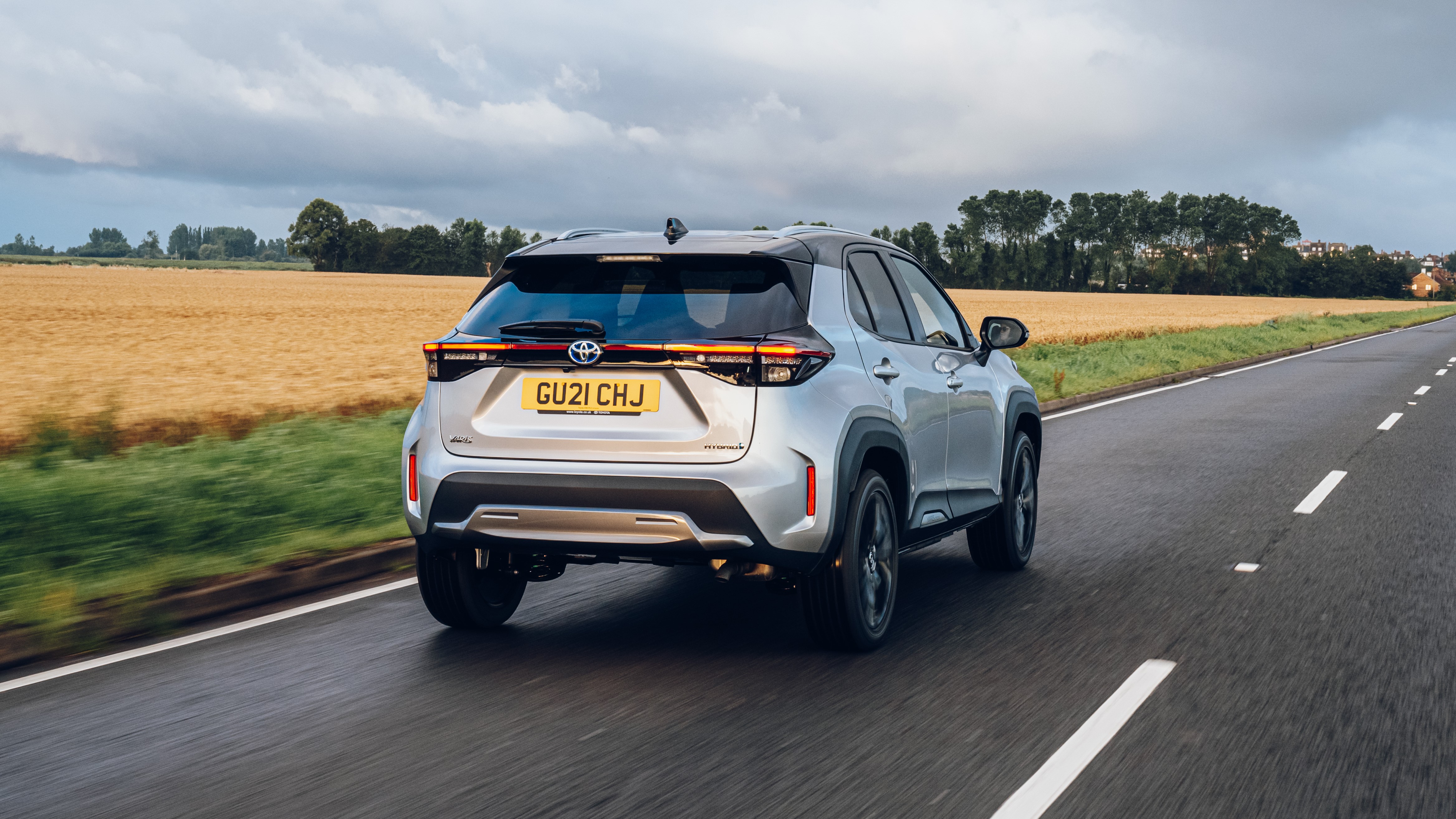 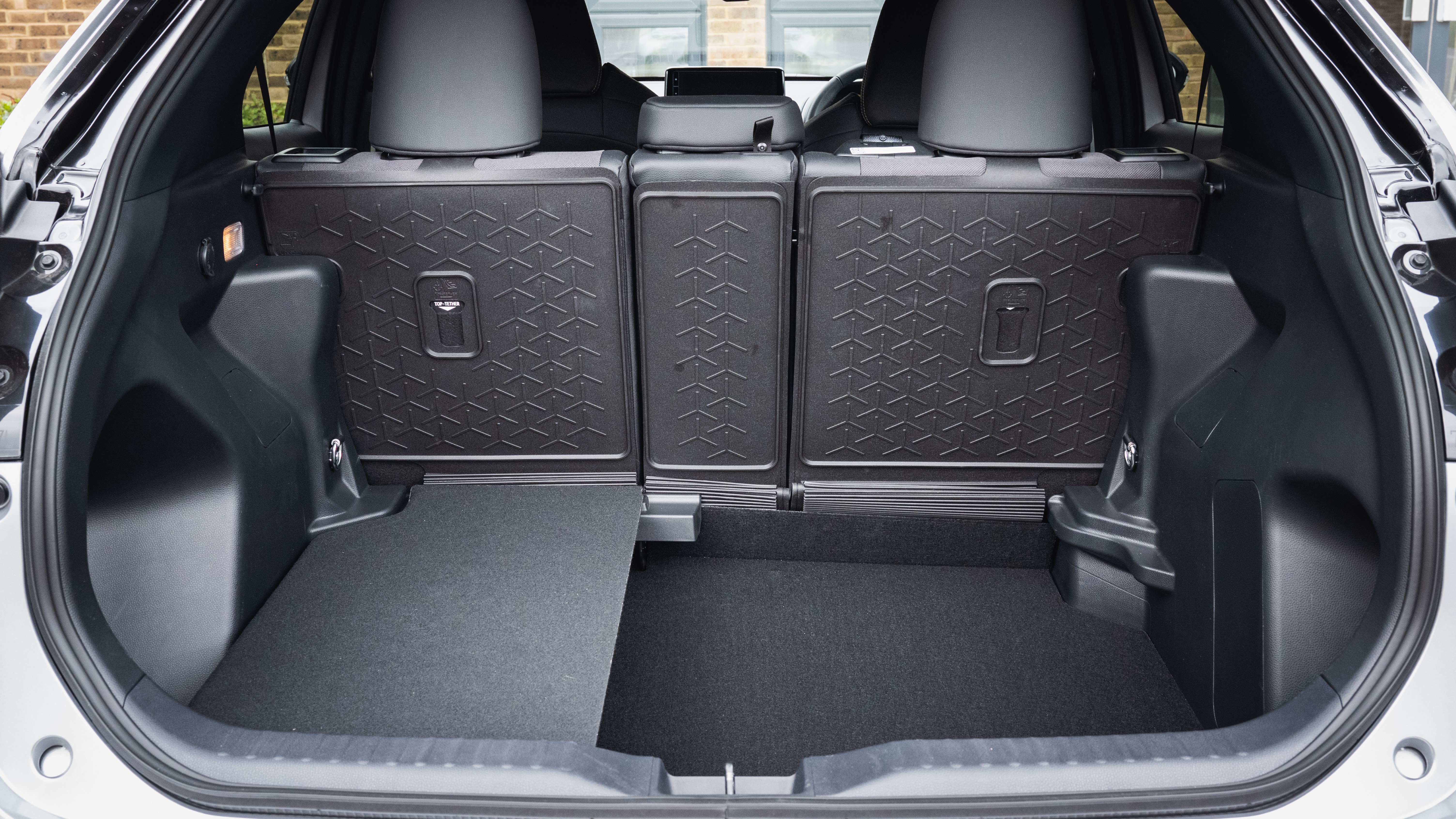 Remember the Toyota Urban Cruiser? Thought not. It was, more than a decade ago, Toyota's first stumbling attempt at a small crossover. But it was too boring and not very cross-y. Toyota slunk away. Now, someone at HQ has finally cottoned on to the huge boom in these things. The Yaris Cross. Presumably it’s cross because everyone else is pinching its sales.

It shares its mechanics and wheelbase with the Yaris, but not the visible bodywork. It's bigger, not just taller: 20mm wider and 240mm longer.

The Cross uses the same TNGA platform that underpins a load of other Toyotas and has been credited with making them much more fun to drive than in recent years, and it gets the same 1.5-litre 3cyl engine paired with a fancy hybrid set-up. Hybrids were of course the thing that Toyota actually did get working on years before everyone else clocked on.

Is the normal Yaris getting the chop then?

No, the supermini (a kind of car we like very much) lives on. The Yaris is a good and modern one, and was European Car of the Year 2021. Toyota asserts that the cars appeal to very different audiences.

Right in the middle of the Cross’s, er, crosshairs are school runners, looking for something stylish but easy to use. Styling is of course a very personal, subjective matter, but we think the Yaris Cross looks alright for what it is. It’s got a manga Volvo XC40 thing going on with its bluff front and rear and even the squared wheel arches have a first-gen RAV4 vibe.

What are the engine options?

There’s only the one here. It's a hybrid powertrain, the principle familiar to anyone who has driven a Toyota hybrid in the last 15 years or so. It’s all very simple – go, stop, the computer works out how much you can do without the petrol engine running. There are two engine modes, which do exactly what they say on the tin – you’ve got Eco or PWR, which is so eager to get going it doesn’t even have all its letters.

Unusually for a crossover this small, you can opt for a 4WD version. This has an additional electric motor that drives the rear wheels.

Toyota’s going in hard on the sporty angle in its pre-game messaging, which feels a little odd from this company, but then again the Japanese carmaker is on something of a roll after the success of the GR Yaris and the improvements that its new platform have brought.

The Yaris Cross does feel quite chuckable, light and nimble. Maybe it actually is, or maybe we’ve just driven too many heavy cars recently – its 1,200kg or so make it a touch heavier than a Juke, say. There’s instant turn as you move the wheel, which makes the car feel assertive on a country lane or around town. We got about 53mpg out of the car on our route of mixed urban and country roads with a few junctions-worth of motorway thrown in.

Thing is, it's heavier and draggier than the Yaris supermini itself, so you lose about 10mpg and about a second in the 0-62. It just proves the universal law that crossovers aren't as much fun nor as efficient as the hatches they're based on.

The ride is also a bit busy. That said, while it jiggles rather at town speed, it does deal with big bumps and higher speeds fairly well. 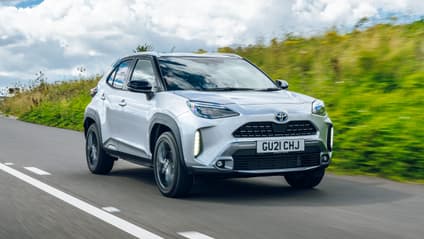 Despite its late arrival to the game, Toyota has brought a decent hand. The Yaris Cross's cabin doesn't have the flair of some rivals but it's better than most and the exterior is bold and different without being divisive. The hybrid set-up offers an economical alternative for those who don’t have the budget or the stomach to go fully electric just yet.