£241 p/m
External link to
with Leasing.com
Read why you can trust our independent reviews
Top Gear Team
Published: 08 Mar 2019
Skip 15 photos in the image carousel and continue reading 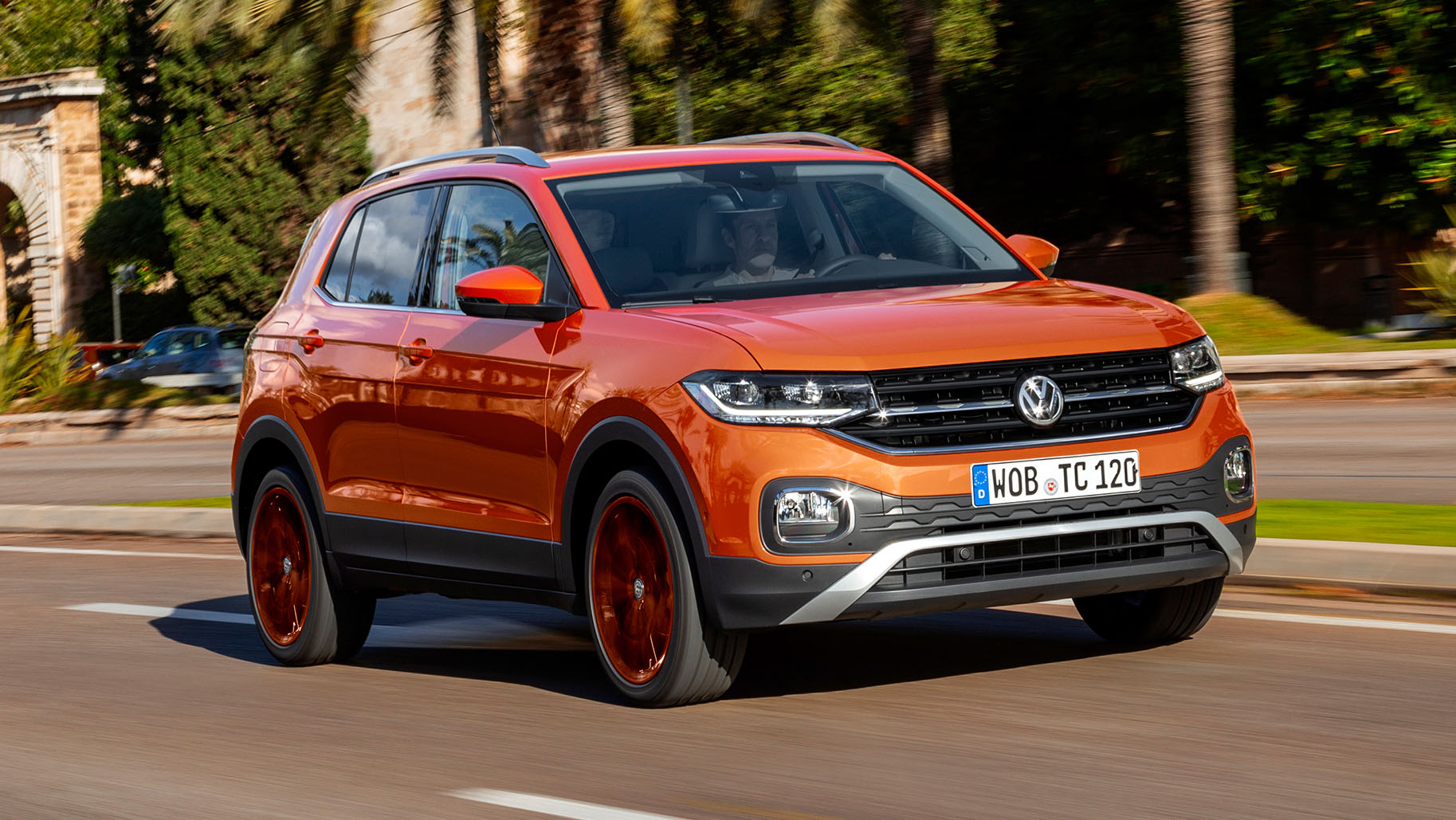 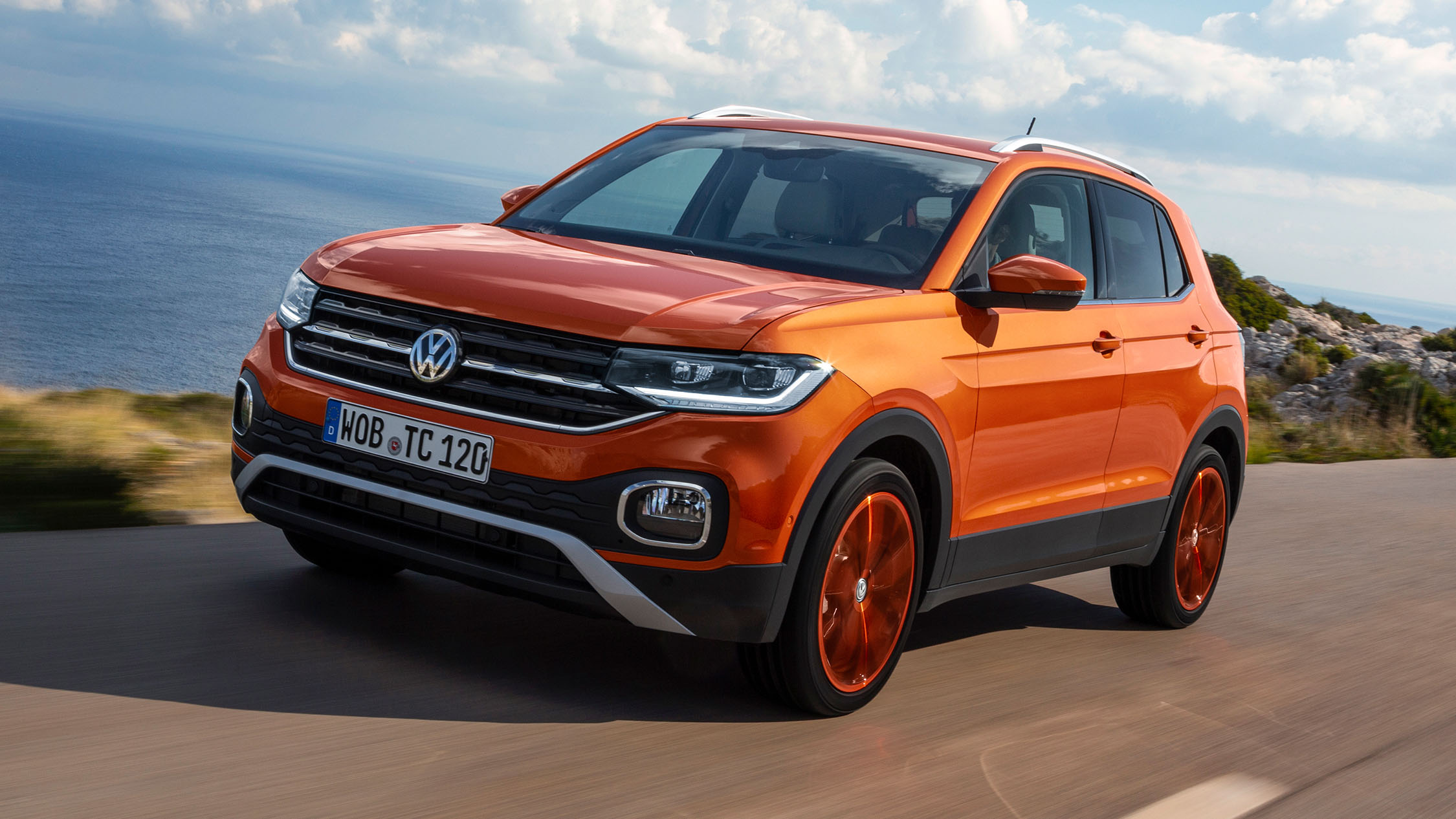 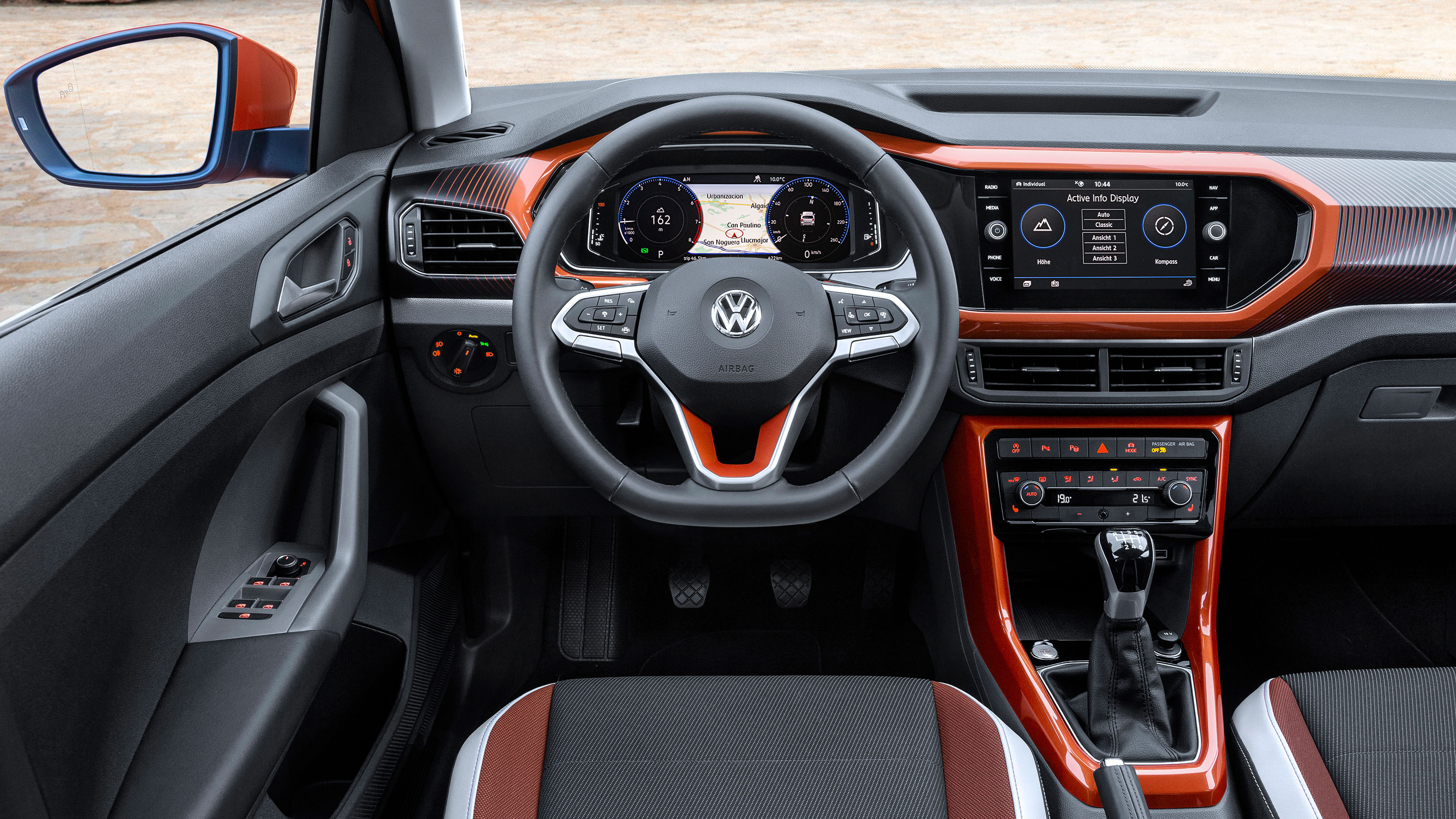 Spacious and agreeable to drive, different to a Polo, refined enough

But less refined and more expensive than the car it’s based on. Low quality interior

Yet another way for Volkswagen to capitalise on perennially increasing demand for small crossover SUVs, which it claims is set to double in the next decade. Blimey.

The VW T-Cross is effectively a taller, beefier-looking Polo. Previewed by the drop-top T-Cross Breeze Concept at 2016’s Geneva Motor Show, VW’s smallest SUV to-date rides on the same MQB platform, uses the same three-cylinder engines and is built in the same Spanish factory as the Polo, but is 54mm longer and 138mm taller. You sit 100mm higher up.

And credit where credit’s due, it does look a bit different. No ‘Russian doll’ design here - VW has learnt from past attempts at SUV-ifying its hatchbacks (remember the Polo Dune? Anyone?), and instead of simply bolting on some black plastic cladding and a set of stainless-steel skid plates, it’s given the T-Cross a look (mostly) all its own. A look that reminds us mainly of a Nineties Seat Ibiza.

Which is good, given this is a car that majors on style more than anything else. It doesn’t go off-road (still front-wheel drive only), and the load of bright colours and trims to choose from ought to please the sort of people who see their car as a part of their wardrobe. This is why the T-Cross pictured above has those dubious orange wheels.

Bit more practical than a Polo though, thanks to increased overall length, a sliding rear bench seat and optional folding front passenger seat. VW claims it’s the most spacious and therefore practical car in its class.

A class that includes the Ford EcoSport, Renault Captur and Seat Arona. Fortunately for Volkswagen, none of those are very good. Certainly nothing like as good as their donor hatchbacks.

Sales have already begun, and the first cars arrive in Britain next month. Prices start at just under £17k, rising to over £23k for a limited-run ‘First Edition’ model. But if you’re reading this anytime after the middle of 2019, you probably can’t have one of those anyway. The T-Cross most people will buy - the 115bhp version in mid-range SE trim with the manual ‘box - sneaks in just under £20k. Far as this class goes, that’s on the money.

Polos start at around £14k, so ‘upgrading’ to a T-Cross is hardly cheap. Worth it?

Fair play to VW for switching up its mini crossover. It would have been oh so easy to lift and lightly re-skin a Polo, like what you get the sense some of its competitors might have done with their hatches/crossovers, but VW went further. Because of course it did.

The T-Cross adds a good amount more space for people and things and looks totally different to the hatch on which it’s based. Yes it’s not as nice inside or quite as refined, but the T-Cross could be a rare thing: a little crossover that offers enough over the hatch equivalent to justify its higher price tag. Or at least be worth thinking about.

If you’re sold on its style, the added practicality and raised driving position then by all means go ahead and get a T-Cross. It’s not a bad car - by the standards of the small SUV class, you might even say it was a very good one. You could do much worse.