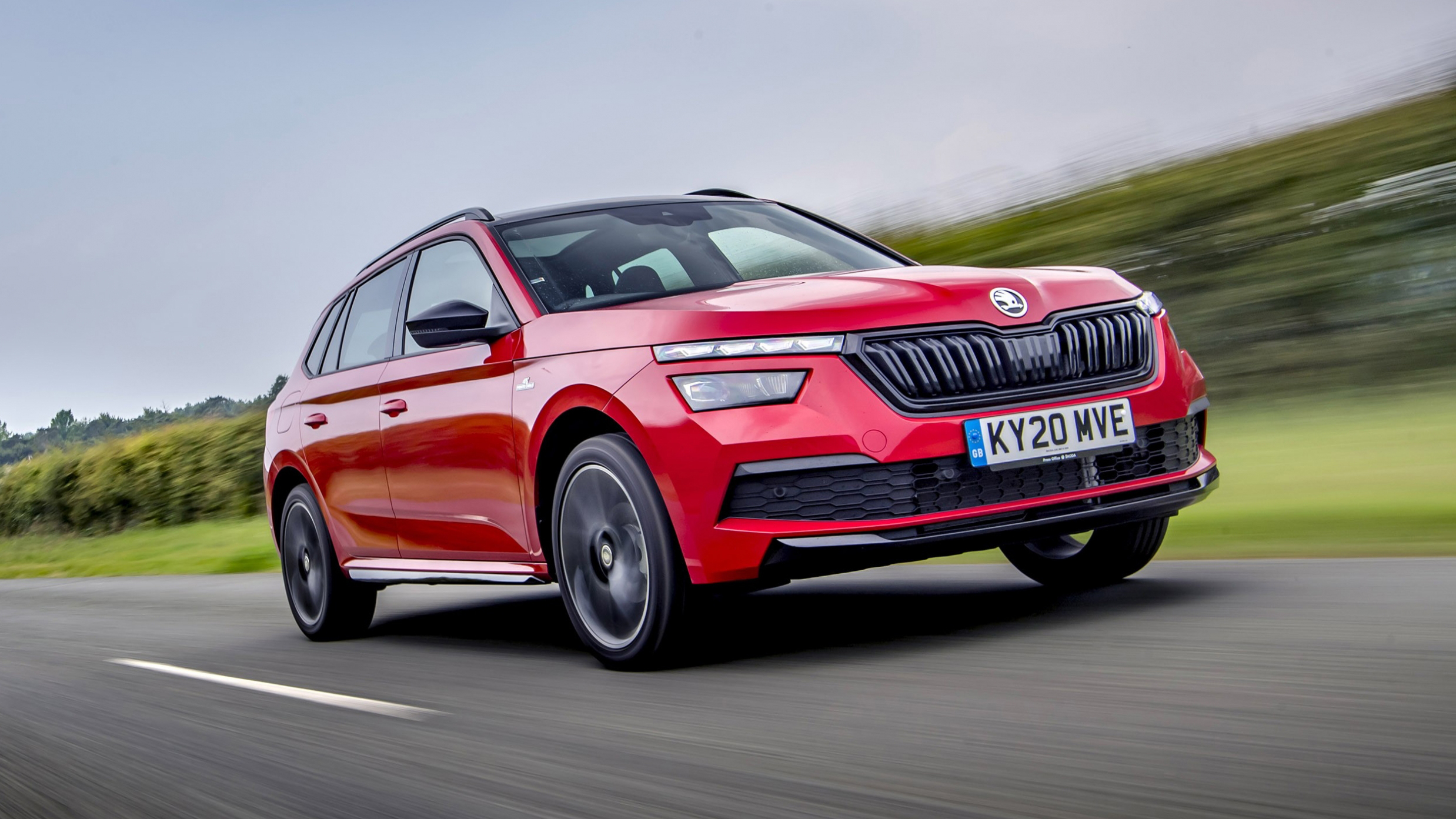 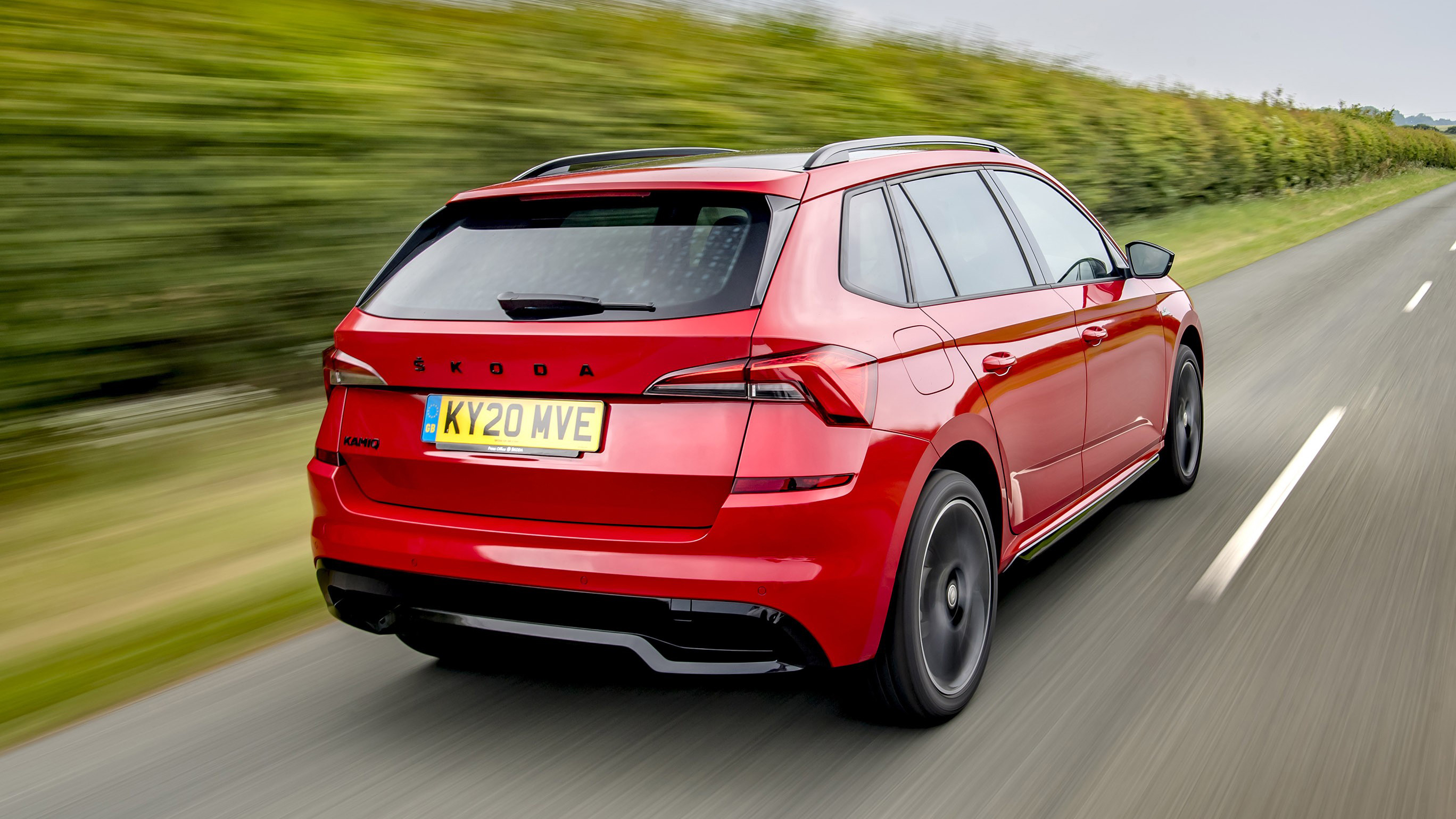 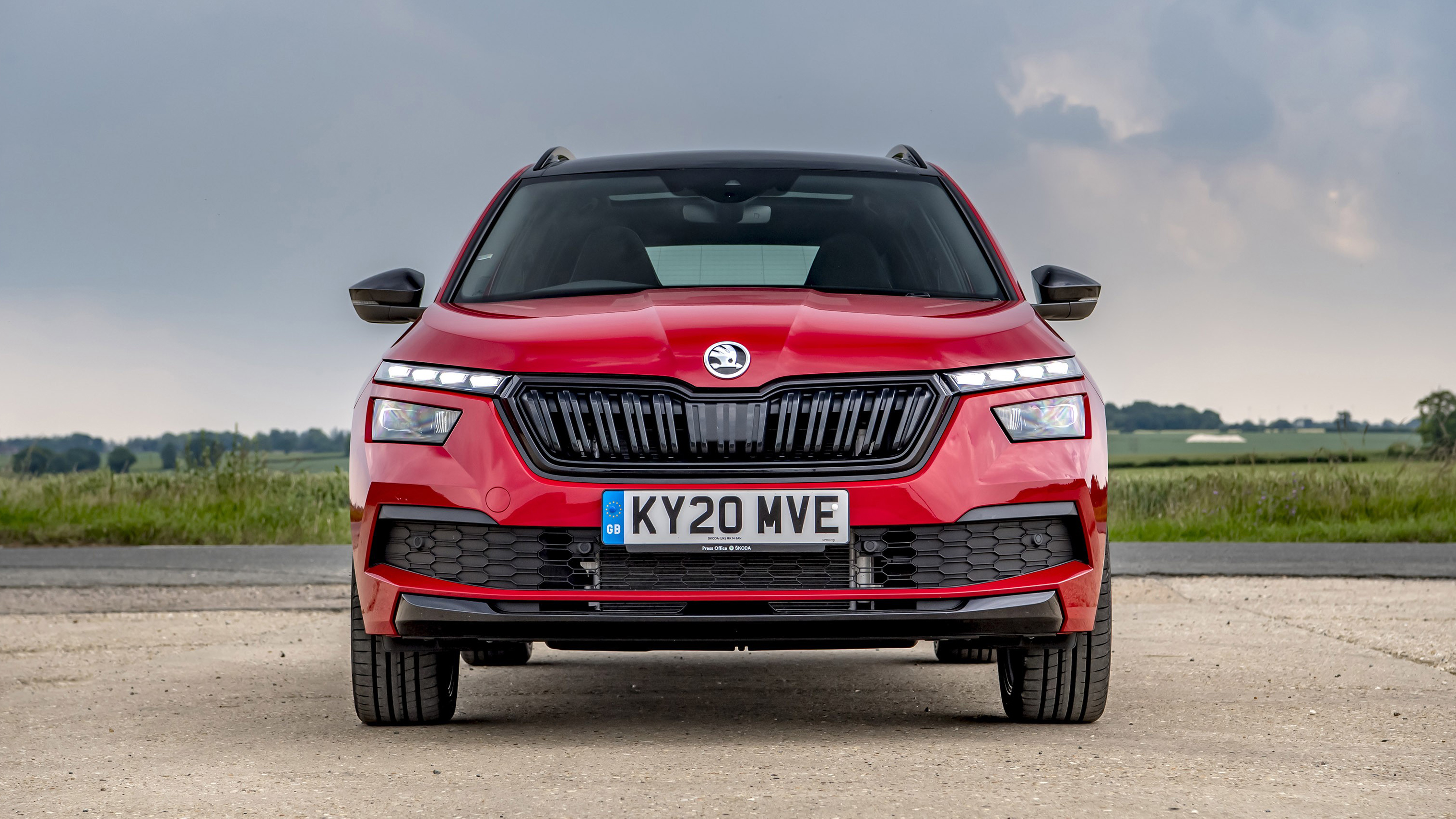 1 / 16
Advertisement
“Another worthy crossover. Comfy, roomy, but not especially interesting ”

It’s just so derivative, in a way the old Yeti wasn't. Skoda can do better

It's Skoda’s smallest SUV-hatchback-crossover thingy yet. The Kamiq is smaller and cheaper than the Kodiaq and Karoq, and completes Skoda’s triplet of SUVs. VW classmate Seat has the same set-up: teeny Arona, middle-sized Ateca, and big-boy Tarraco. VW has the T-Cross, T-Roc and Tiguan (and the mahoosive Touareg). You really ought to know the formula by now. These things are everywhere.

What sets it apart from VW and Seat?

Such parallels mean you’ll also have a pretty good idea of what the Kamiq’s going to be like before you climb inside, and it doesn’t disappoint. It doesn’t wow or surprise either. It’s a small Karoq. Skoda might try to tell you that because this is its first car to use scrolling LED indicators, or because it has a buggy upside down face with the headlights under the LED running lights, that it’s somehow edgier and cooler and riskier than other Skodas. It isn’t. Unless you get slightly discombobulated by the two-spoke steering wheel fitted to some models, anyway.

Do you still get an ice scraper?

You do indeed still get an ice-scraper under the fuel-fuller cap, as well as a clip for clamping parking tickets to the windscreen and a solid interior made with plastics deliberately chosen to be 28 per cent less plush than what you get in a VW (probably). It’s very much business as usual here – pleasingly unpretentious but also deeply uninteresting. Is that a problem for honest family transport? We’ll come back to that in a moment.

Engine-wise, the Kamiq is simple. There are no diesels any more, and as yet, no hybrids. Petrol power is your only option, coming from either a 1.0-litre three-cylinder or a 1.5-litre four-cylinder, both turbocharged. You can have a six-speed manual or seven-speed DSG auto gearbox.

Is the Kamiq affordable?

All Kamiqs drive their front wheels. And the spec list is simple: basic S trim cars start at £19,000, then there’s SE, SE Drive, SE L and Monte Carlo levels to upgrade. Skoda reckons a mid-range 1.0-litre SE manual will be the best seller, so that’s what we’ve concentrated on testing. If you’re in the market for an extremely sensible, almost painfully worthy set of small family wheels at a reasonable price, then read on. If not, maybe just pop the kettle on instead.

“Another worthy crossover. Comfy, roomy, but not especially interesting”

There are two verdicts possible here: the one where we get upset that the Kamiq looks and feels so played-safe, when Skoda had an opportunity to create more of a Juke-style cult product that brought the brand some recognition and daring – a la the Yeti – and the one where we grudgingly accept the Kamiq knows its audience, knows how to do just enough in every department to tick the boxes and get bums on seats, and fills a small hole in Skoda’s range in a very important class.

Given this is the fastest growing car sales sector of ‘em all, it’s churlish to moan about Skoda building another crossover, but all the same we’re a tad disappointed more wasn’t done to give this car an identity, because goodness knows it’s got a hoard of rivals to stand out against. Perhaps then, the Kamiq’s greatest strength is the same as all Skodas: that after every other car’s styling gimmicks and cabin flourishes have dated or fallen off, a useful, easy-going box with unpretentious features will retain its appeal unabashed. 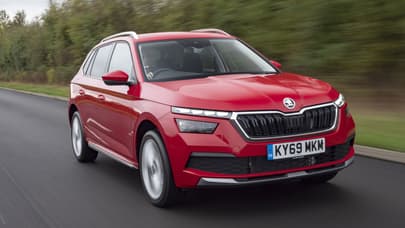