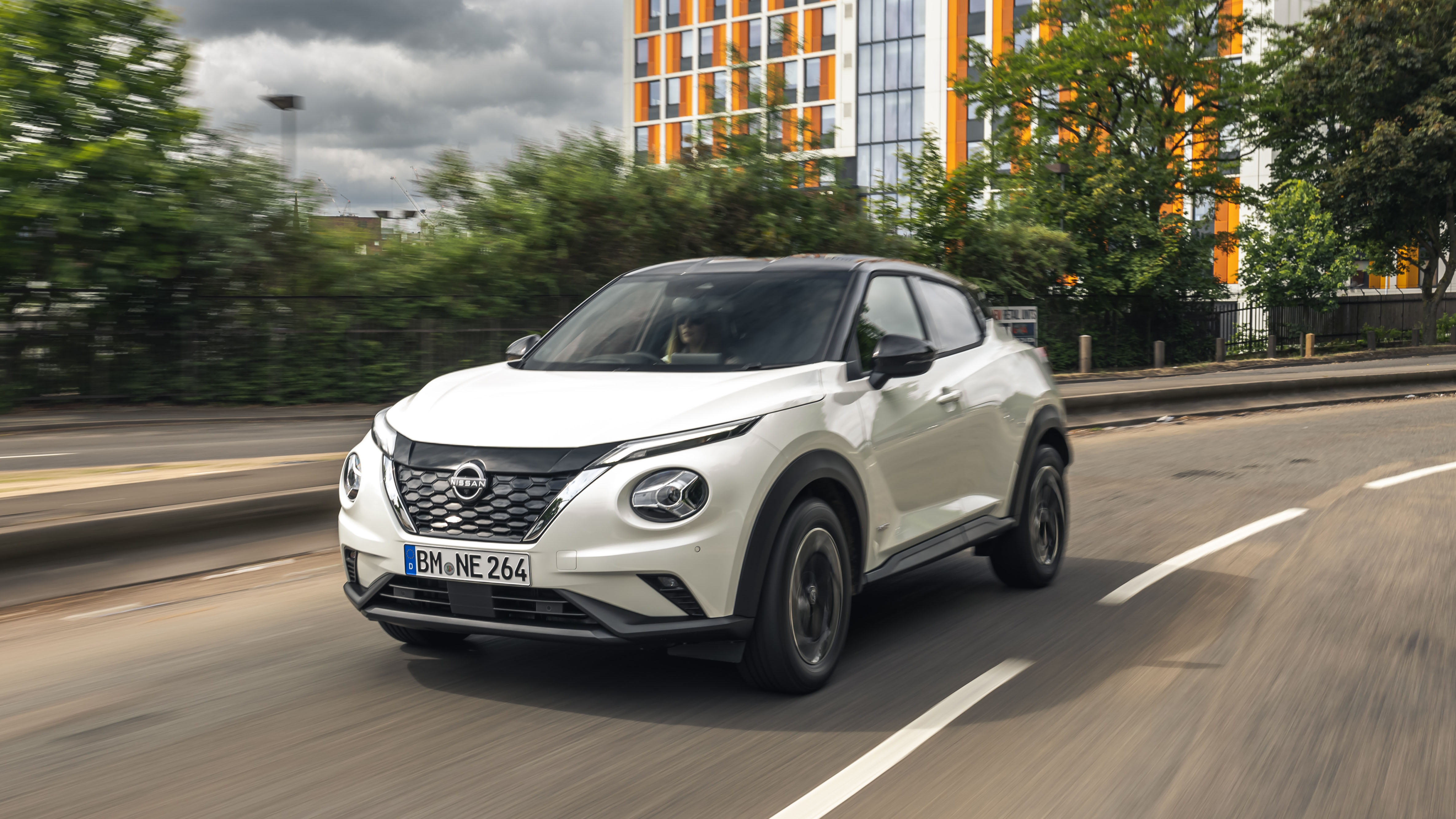 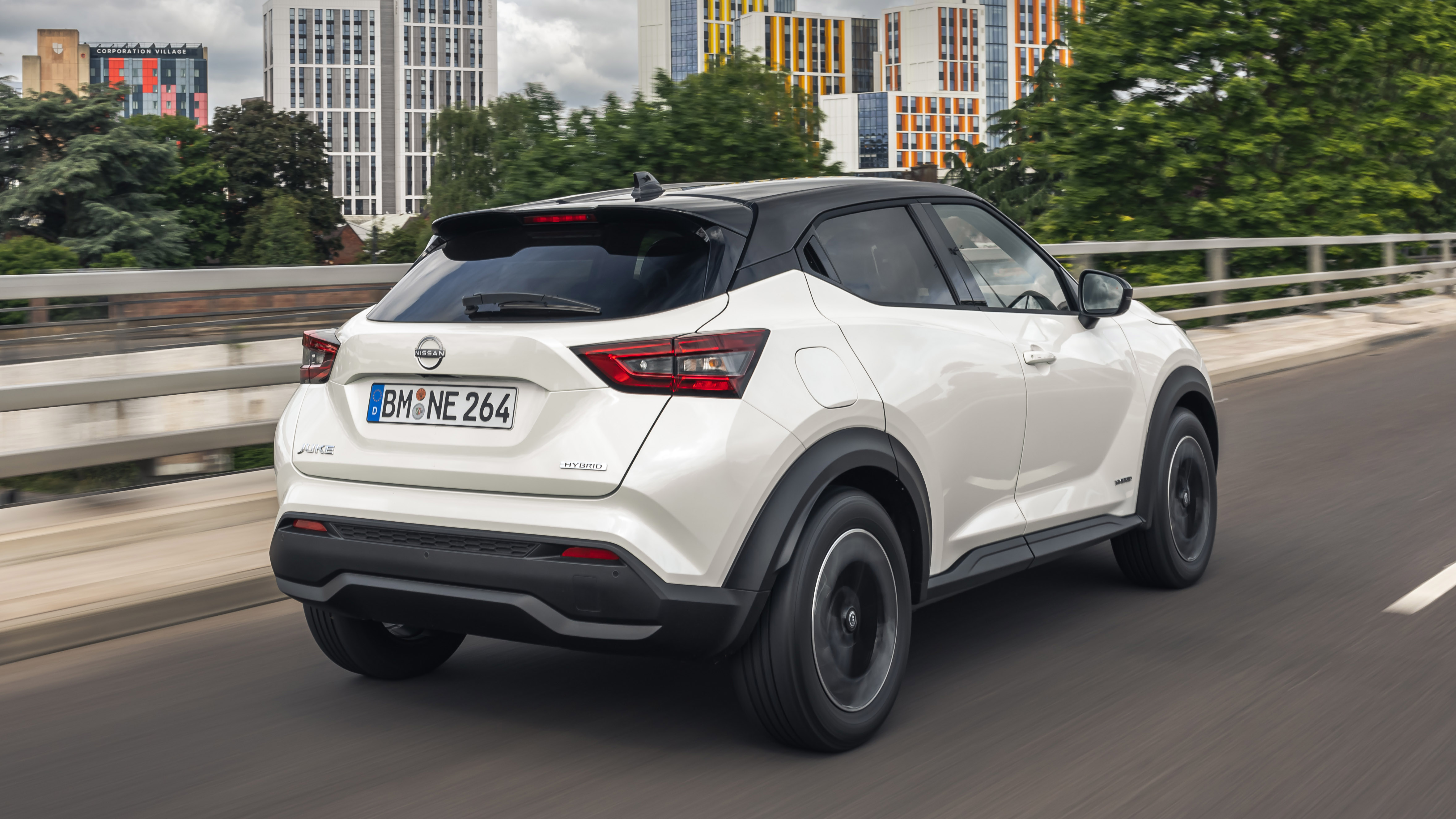 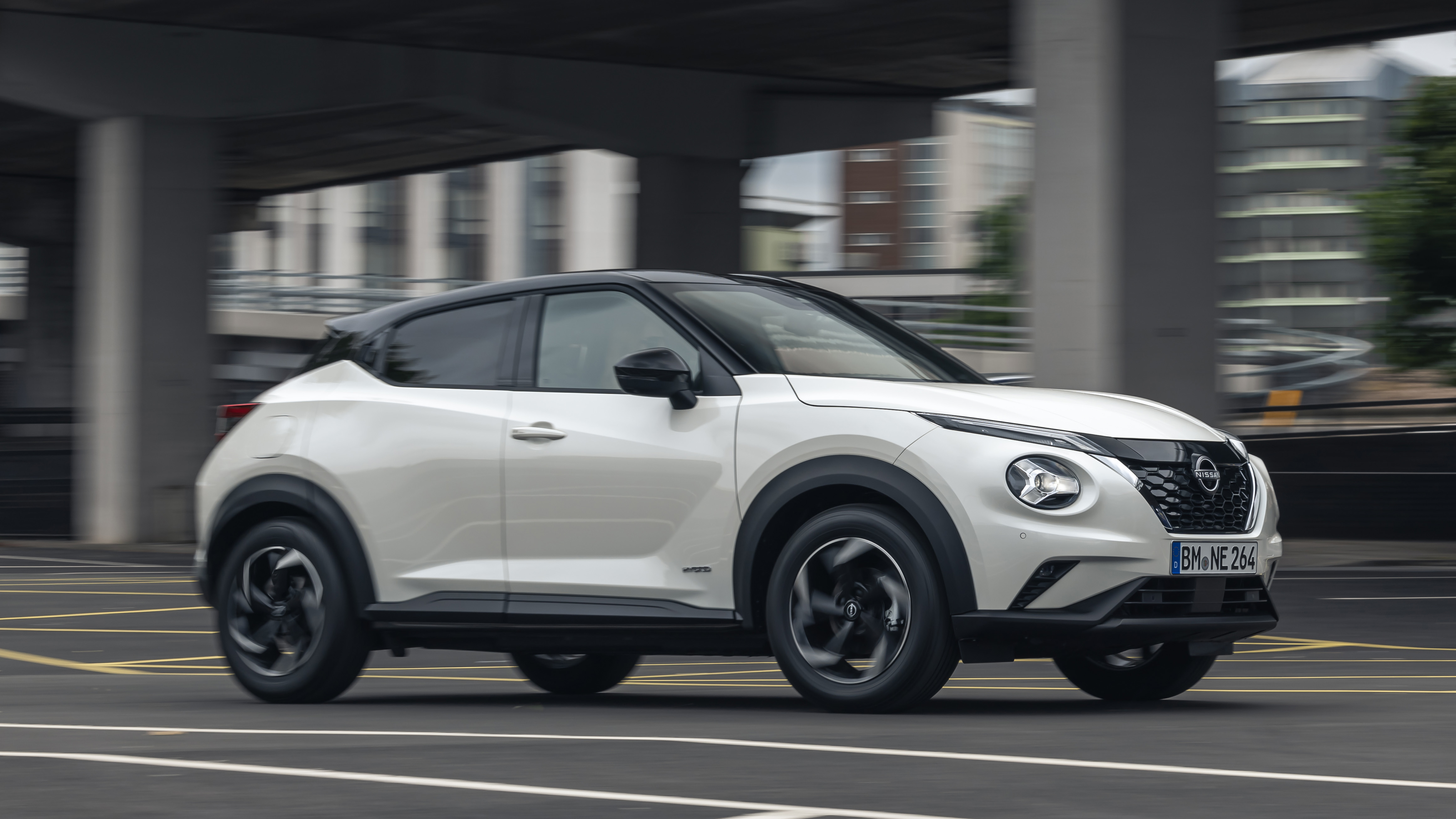 The Nissan Juke was a pioneer when it was launched in 2010. It packed the attitude and altitude of a crossover, and out-there styling, all shrunk into a supermini's length span. It sold like crazy from the start to the end of its life. The new one has been on-sale since 2019 and is different in very many ways, but the spirit is supposed to remain.

ER, WHAT WAS THE FIRST JUKE'S SPIRIT?

It was about style, and it was impractical without being sporty. A latter-day Ford Capri 1300.

In the years after its arrival, most manufacturers launched small crossovers and we lazily called them 'Juke rivals' because the Juke had been about the first. But they weren't rivals because they weren't as useless. You could swing a cat in them. Not like the first Juke. Its driving position was hunched, its back seat cramped and dark, and its boot little more than a rear-mounted glovebox.

The new one is much bigger inside. Grown-ups can fit in the back. The boot is bigger, and you get to it via a decent-size hatch aperture. Promising.

IS IT STILL CITY FRIENDLY?

Nissan could have chosen to achieve this the lazy way: make the Juke much bigger and boxier. Like its so-called rivals. Trouble is that would have made it heavier and less city-friendly. Admirably, Nissan didn't; the increase in length is actually rather smaller than the 10cm growth in wheelbase. So it's still short enough to be easily parked. And it's lighter.

The dimensions of the second-gen shove the wheels further to the corners, an effect boosted by their hugeness. The upper specs have 19s as standard. The designers love that, but from a dynamic point of view it's bogus. Have a look through the spokes. If you only need that little brake, you don't need this much tyre.

The design is modernised and takes advantage of the stronger stance, yet has lost none of the sheer chutzpah of the old one. The front still has those big round eyes, but their lighting function is no longer circular, rather a trefoil LED. A giant arrowhead is imprinted into the front doorskin. The roof, contrast-toned if you choose, has a channel stamped down the centre. Rear door-handles are tucked behind the windows. The back numberplate and badge live in a huge hexagonal plinth. Yet this craziness does somehow cohere.

WHAT'S IT GOT UNDER THE BONNET?

Under it all the Juke shares much with the Micra and Renault Clio, but is built in Sunderland. The only full combustion powertrain is a three-cylinder petrol, the only driven wheels are the fronts. It's an essentially flippant car, so it doesn't bother with diesel or 4WD. There's no longer a gooey CVT, the auto option being a DCT.

I HEAR THERE’S A HYBRID NOW?

Correct. It took until 2022 for Nissan to hybridise the Juke, but it’s got a punchy target for 75 per cent of the cars it sells across its whole range to be electrified in some way by 2023. Better hope this one’s a success, then.

The Juke Hybrid gets a similar system to that in the Alliance’s Renault Clio E-Tech. That means a 93bhp 1.6-litre 4cyl petrol engine is connected to a 48bhp electric motor for a total of 141bhp, with both of those units built by Nissan itself. It’s not quite as simple as a standard hybrid setup though, because Renault used some F1 tech while developing this system and as a result supplies Nissan with a small high-voltage starter generator electric motor and an extremely complex clutchless dog-type gearbox that has four gears for the internal combustion engine and two for the larger electric motor. And breathe. As there’s no clutch, the smaller Renault-supplied electric motor controls the flywheel speed to ensure smooth shifts.

Nissan reckons the hybrid setup offers 25 per cent more power with 20 per cent better fuel economy. Look close enough and you’ll be able to tell it apart from the 3cyl petrol too. There’s hybrid badging (obvs), new 19-inch aero spec wheels and a redesigned grille with smaller openings and a black band across its nose that’s supposed to resemble the Ariya EV.

HOW MUCH IS A JUKE THESE DAYS?

There’s more on the Buying tab of this review, but prices kick off at £20,420 for an internal combustion Juke. The hybrid system is only available on the top three trim levels and so prices start at £27,250, but the difference in monthly payments is less than you might think. 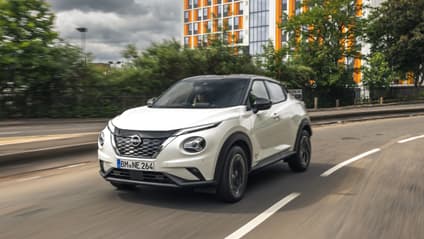 The Juke's main pitch, as before, is its style. But it's no longer hobbled by it as the first generation was. It's now at least averagely practical, though if space and versatility is what you need, matchstick your eyes open and get one of the little VW Group entries.

The Juke's dash is fetching and ergonomic, unlike the borderline-perverse instruments and controls in the similarly style-led DS 3 Crossback.

It's perfectly OK to drive, with eager steering and a refined throttle. Mind you, the ride's a bit bumpy, a lot more so than the soft DS.

We have a fair bit of trouble recommending any of the small crossovers. They cost as much as medium hatches, and are generally worse to drive and less refined. Even so, a couple of them are oddly likeable. Including the Juke. The looks might be polarising but it's not actually ugly and certainly not – bigger crime – bland. 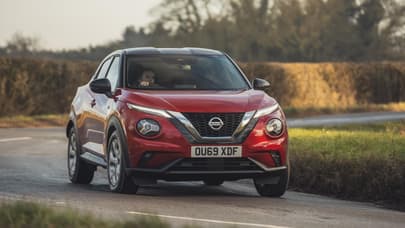 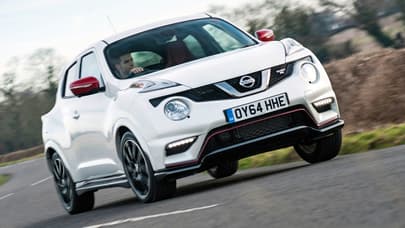 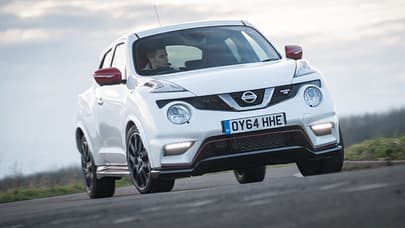