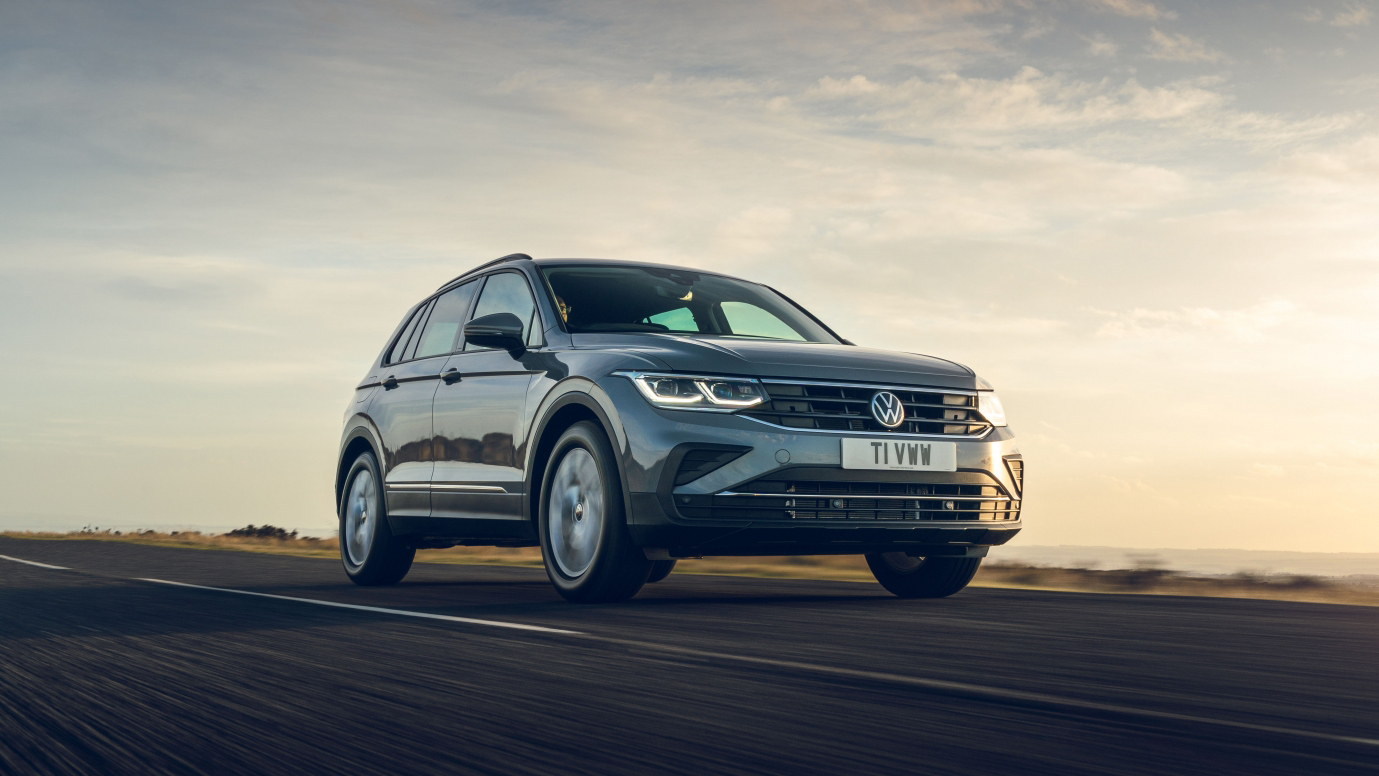 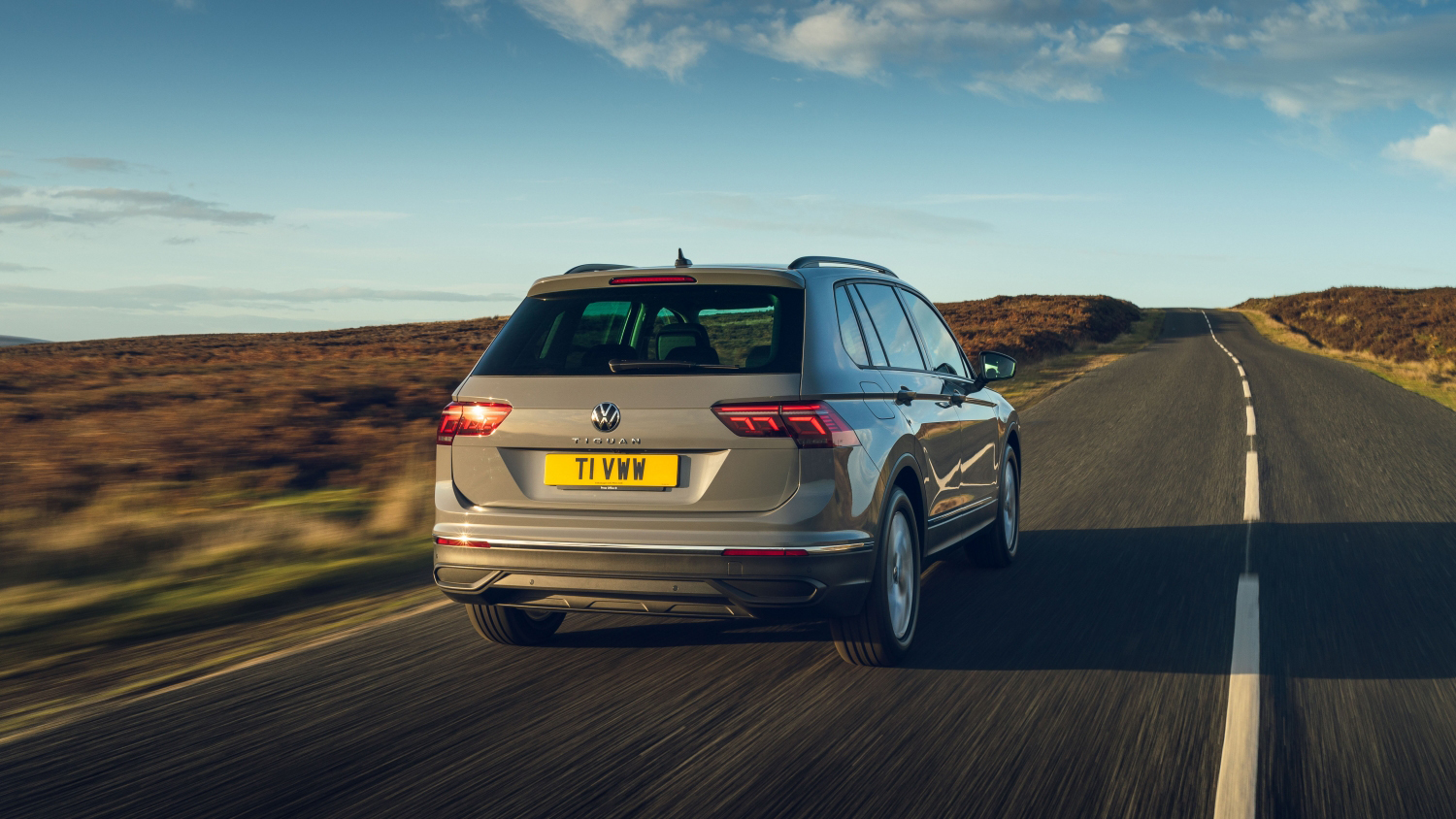 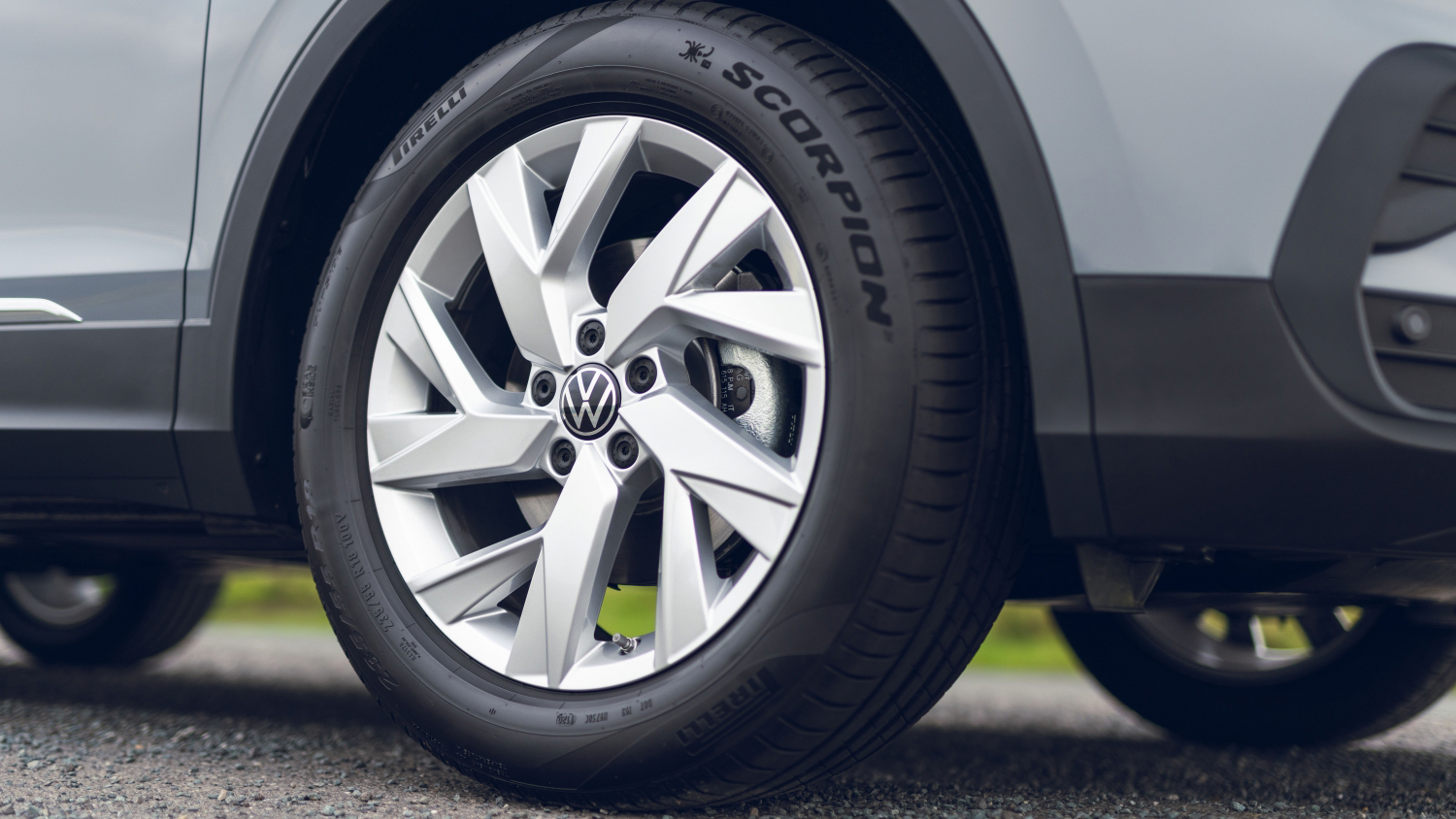 1 / 12
Advertisement
“A proper all-rounder with a spec for everyone. As long as you want a medium-sized SUV, of course ”

Grown-up looks, roomy interior and a drivetrain combination to suit all needs

It may look like a Touareg that's shrunk in the wash, but this is actually the facelifted Volkswagen Tiguan that was first shown off in mid-2020.

The Tiguan isn’t just VW’s best-selling SUV these days either, it’s the brand’s best-selling model altogether worldwide, with over six million shifted since it was first launched in 2008. No surprise they’re a common sight on UK roads, then – last year it was the brand’s third biggest seller on our shores, behind the Polo and Golf.

Well, it’s that success that goes some way to explaining the slightly conservative visual updates to this second generation, too. If it ain’t broke, and all that.

There is a new face up front, of course. The bonnet is higher than before and VW says this is now its ‘SUV-family’ grille – hence the similarities with the bigger Touareg. All UK cars get LED headlights as standard too (with the even-more impressive IQ.Light LEDs standard on top spec cars), and ‘Tiguan’ is now spelt out in fresh lettering across the boot – because that’s all buyers really want these days.

What versions can I have?

This new model is available in four trim levels, and they follow a simple Y-shape structure. The base spec car is now called Life, which starts at £27,915 – previously you could have a Tiguan that was just Tiguan-trim and started at around the £25,000 mark. Anyway, above Life is Active, and from there the range splits into the top spec Elegance (for maximum comfort and tech) and R-Line (for sporting touches inside and out) models. For those wondering, the larger seven-seat Tiguan Allspace is also still available and was similarly updated in early 2021.

There are many available engine and gearbox configurations. Bargain basement spec is a 128bhp 1.5-litre TSI petrol engine, front-wheel drive and a six-speed manual gearbox in the UK. Make the step up and you can also choose between a more powerful 148bhp version of the same four-cylinder petrol engine with either a six-speed manual or seven-speed DSG. There’s also a 148bhp 2.0-litre diesel with a manual or DSG option.

Still with us? Good. The joint top specs – that’s Elegance and R-Line trim levels – can be had with the 148bhp petrol engine and 7spd DSG, or the 148bhp diesel with 7spd DSG and either front-wheel drive or all-wheel drive. Plus, there’s then a more powerful 197bhp version of the same diesel engine that only comes with the auto gearbox and 4Motion four-wheel drive, and also a 187bhp 2.0-litre TSI petrol engine that drives all four wheels through the auto box. Just for reference, VW reckons around 20 per cent of Tiguans sold in the UK will still be diesels.

Oh, and we haven’t even mentioned yet that in addition to those obvious powertrains, there’s now a 316bhp Tiguan R and an eco-friendly Tiguan eHybrid PHEV that can manage 31 miles of all electric range. 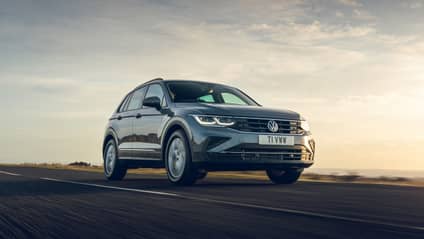 “A proper all-rounder with a spec for everyone. As long as you want a medium-sized SUV, of course”

As you’ll be well aware, the Tiguan is not without rivals these days. At the lower end of the range there’s the Peugeot 3008 and the Kia Sportage as well as the VW Group’s own Skoda Karoq and Seat Ateca. Then, as things get more expensive, smaller compact SUVs like the Mercedes GLA, the Volvo XC40, the Audi Q3 and the BMW X1 come in to play.

You’d struggle to find anything as rounded as the Tiguan, though. It’s certainly not the last word in fun, but it’s at least a lot of things to a lot of people. Need to tow a caravan and cross the occasional muddy field? There’s a higher-powered diesel with four-wheel drive with your name on it. Want a small-ish SUV but with a downsized petrol engine and a manual gearbox? The base spec car is for you. 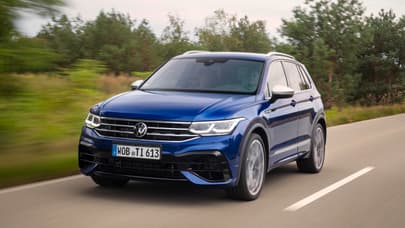 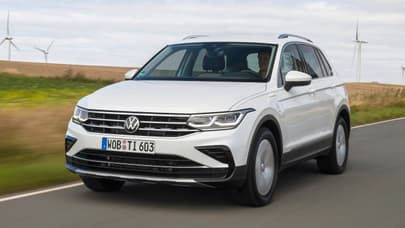 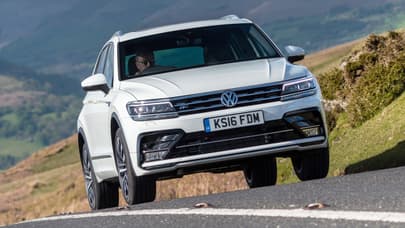