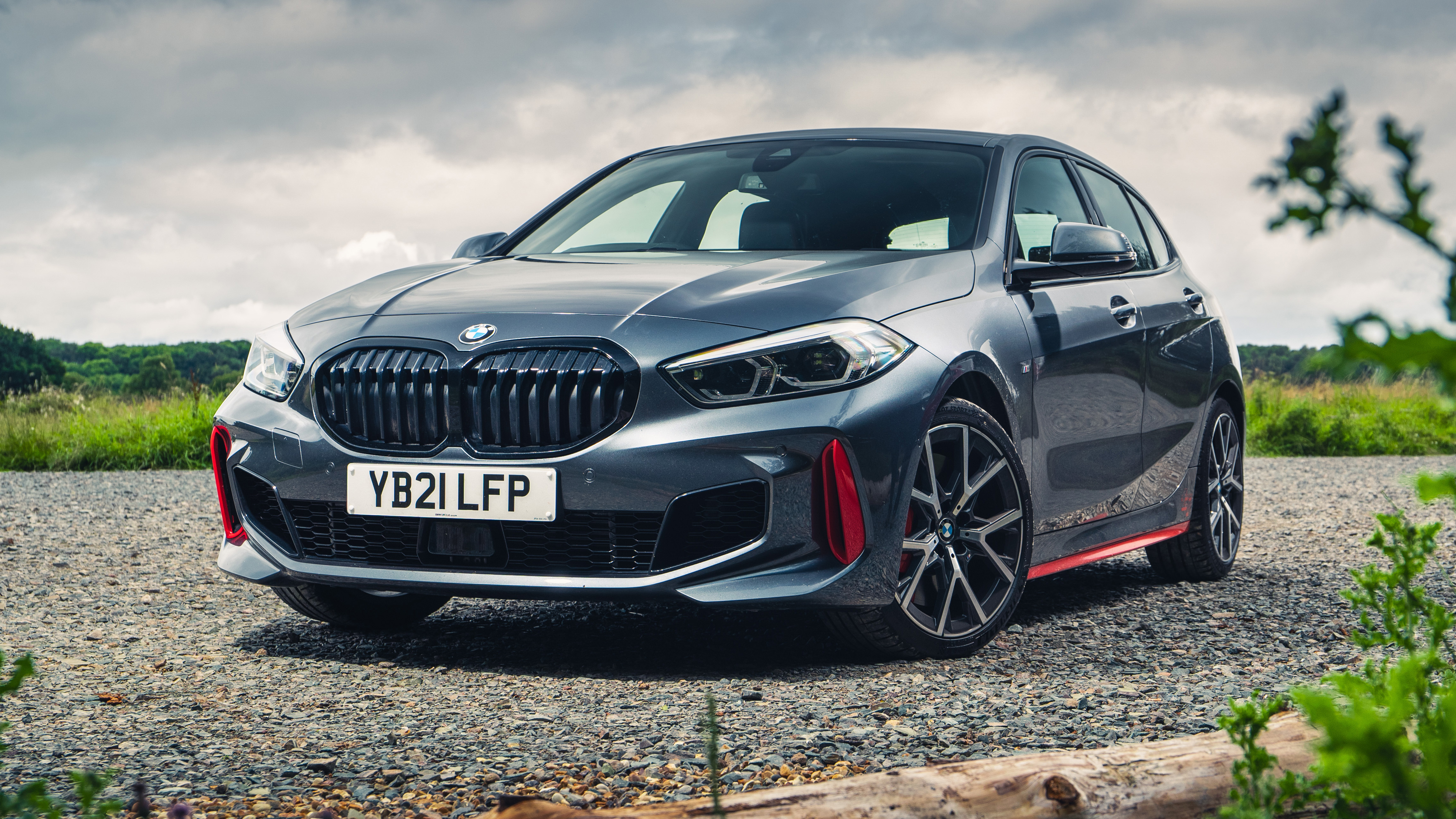 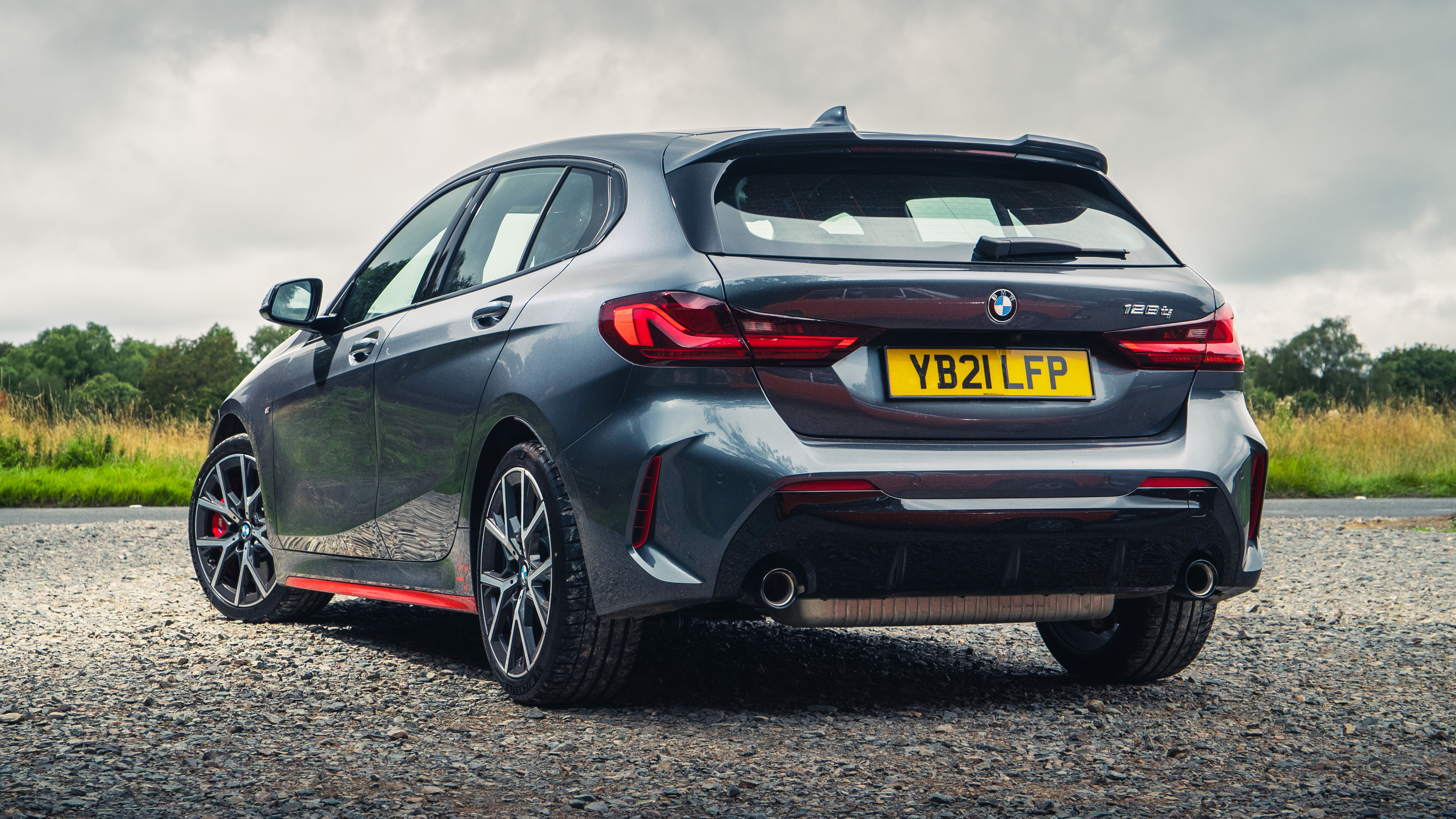 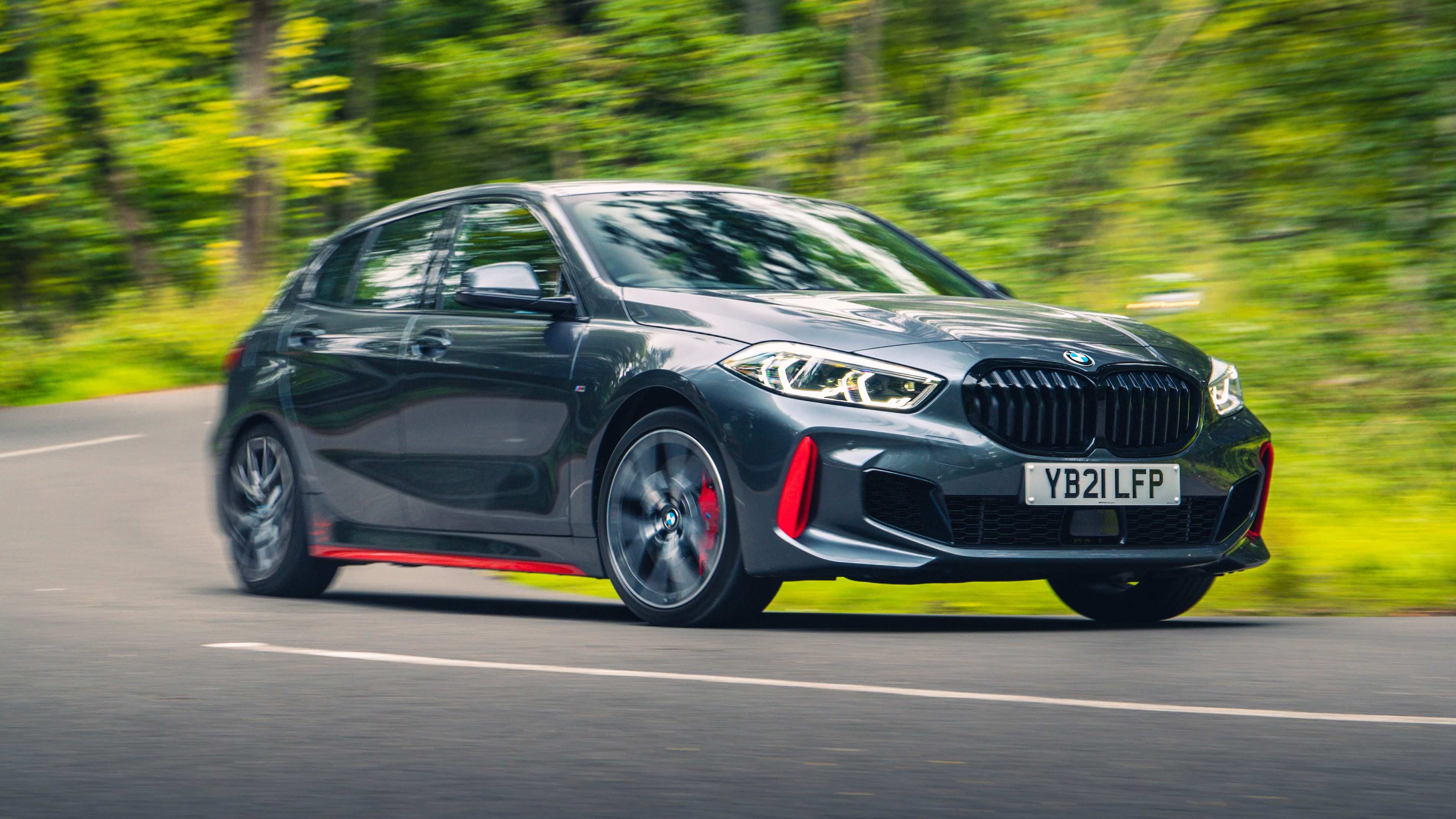 The BMW 128ti: your questions answered!

In today’s edition of 'Some Questions The Internet Asked About A Car’, we tackle a specialist subject: BMW’s latest hot hatch, the 128ti.

The BMW 128ti is a car. This means it is capable of transporting you, up to four additional humans be they familiar or unfamiliar, and an assorted number and size of chattels.

More specifically, it is a BMW 1 Series fitted with a 128ti badge, a 2.0-litre turbocharged engine driving the front wheels, an eight-speed automatic gearbox and a limited slip differential.

Even more specifically, it is a five-door thorn in the side of the new, eighth-generation Volkswagen Golf GTI.

It stands for ‘Turismo Internazionale’, and was first applied to 1963’s 1800 TI. Caps lock ‘ti’, you’ll note. This three-box saloon (designed by one Signor Giovanni Michelotti) with the TI badge meant it was the faster one.

For a brief, short history of BMW's 'ti' badge, you can click here.

Doing a quick search on BMW’s website, you can lease one for £385 a month over 48 months, with a £5,255 deposit down. Naturally, this can vary depending on the level of deposit you have.

In a BMW factory. Actually, two BMW factories, one in Leipzig – where the very first ‘F40’ generation 1 Series rolled off the line – and the company’s Regensburg plant. Both of these are in Germany.

What’s the difference between the BMW 128ti and the BMW M135i?

A good question, but before that, a quick recap on the difference between the old M135i and the new M135i. The old one was a 3.0-litre, six-cylinder rear-drive hot hatch. The new M135i downsizes to a 2.0-litre turbo four-cylinder, driving all four wheels (but mostly the fronts in day-to-day).

So, the (new, F40) M135i is the range-topping 1 Series; the quickest, most powerful and most expensive 1 Series BMW makes and sells. The 128ti sits just underneath this in the range.

How fast does the BMW 128ti accelerate?

Deploying its many horses through that diff and into the front tyres, the 128ti records a 0-62mph time of 6.1s and tops out at 155mph. Not Slow, then.

During TopGear.com's time with the little BMW hot hatch, we hovered around the 40mpg region without really trying. Being impressed by fuel economy in a 261bhp hot hatch doesn't scream Captain Excitement, but for such a mature, well-rounded product, it pays to be sensible. There's always the i30N if you really like petrol stations.

Came in handy during the UK's recent fuel crisis too - before striking it lucky and finding a forecourt that actually had any fuel, the 128ti was only showing 30 miles left of range. A quick dab of 'Eco Pro' mode allied to some judicious driving - easy on the throttle, engine braking, Jedi-levels of foresight and anticipated overtakes - and we actually added to that range figure.

Yes, it really does, but literally any car works on a track. The question as to whether it's any fun on a track is a slightly different matter. Out in the so-called Real World, the Bimmer impressed with its tidy, drama-free handling, great pace, and well-judged ride comfort (which erred on the firmer side). But on track... it felt a little numb, if we're totally honest. It wasn't embarrassed by any stretch, resolutely refused to unstick itself, and was quick along the straights. Just felt a little distant, that's all.

And that's actually fine - it's not a Nürburgring monster with cut slicks and a roll cage. As you'll see further down this Page Of Questions, it's practical, too.

Absolutely. As part of the car's standard-fit 'Connected Package Professional', you're offered online speech processing, meaning you simply push the little mic button, ask a question - like, 'play xx song' or 'call xx number' and so on - and the little digital assistant will scurry along and action your request.

It worked flawlessly throughout. Indeed, when TopGear.com asked the 128ti if we could be friends, it replied "I think the two of us make a great team".

No you've got something in your eye.

Sorry, Internet, this doesn’t qualify as a question. However, using our powers of deduction, we suspect you’re after a verdict. And luckily for you, we have a verdict, following a triple test of the 128ti/Golf GTI/Focus ST back in January 2021. 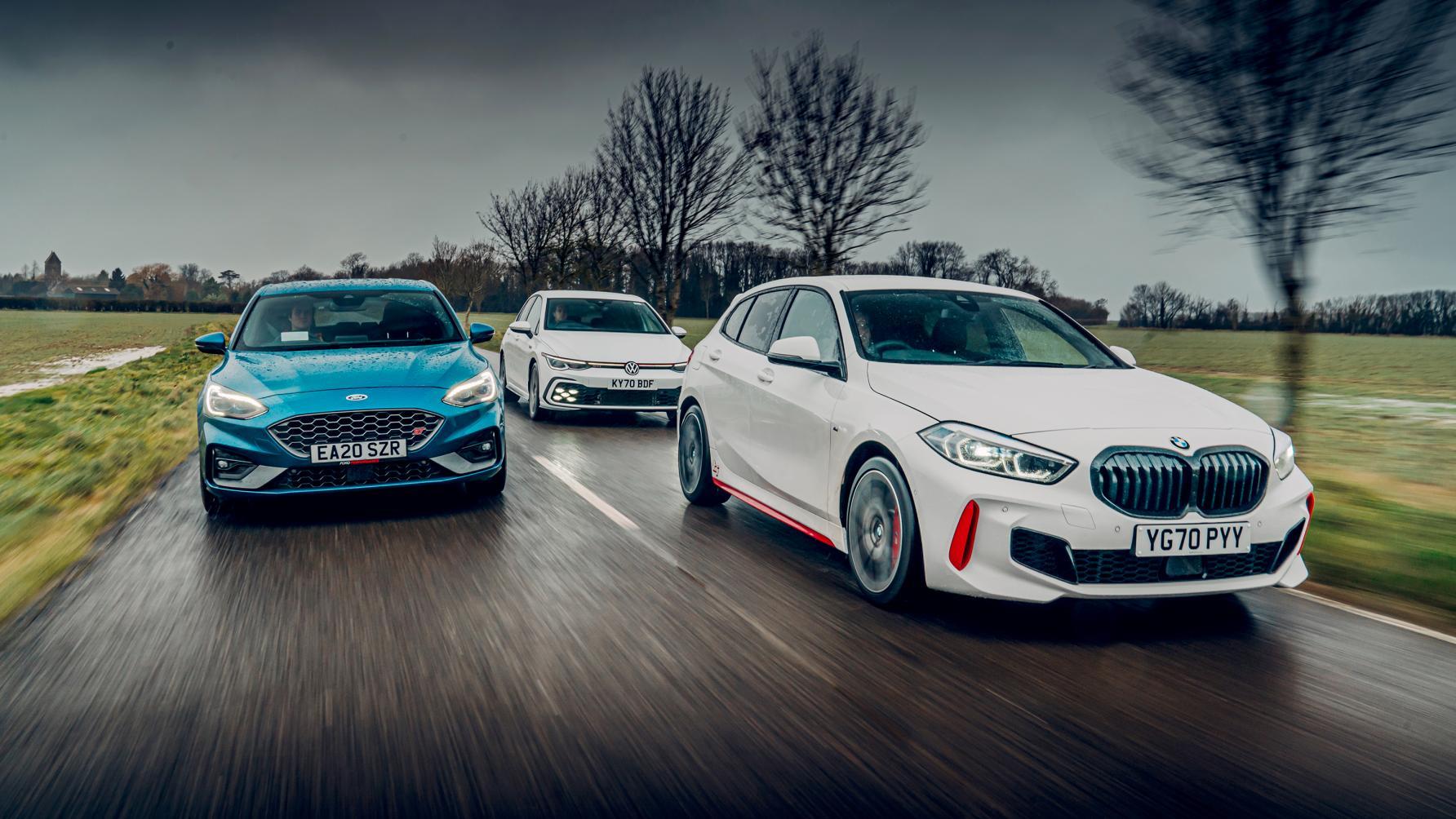 Again, not a question. Also: see above.

An interesting one, this. While both cars are very evenly matched on paper, our most recent verdict resulted in a very slim victory for the (newly updated i30N).

Check out the full test here.

Can I fit a family of Golden Retrievers in the boot of the BMW 128ti?

And lo, the most important question we have yet faced on the new BMW 128ti; one asked by literally three people*. Can an actual family of Golden Retrievers – mum, two offspring – fit into the boot of a car pegged as an actual small family hatchback?

Using sophisticated methods and some human assistance, TopGear.com can confirm that an actual family of Golden Retrievers fits perfectly well in the boot of a BMW 128ti: son (left), mum (centre) and daughter (right). Judging by the picture below, TopGear.com now regrets not attempting to fit in a fourth Golden Retriever from the same family into the boot where a space clearly exists. 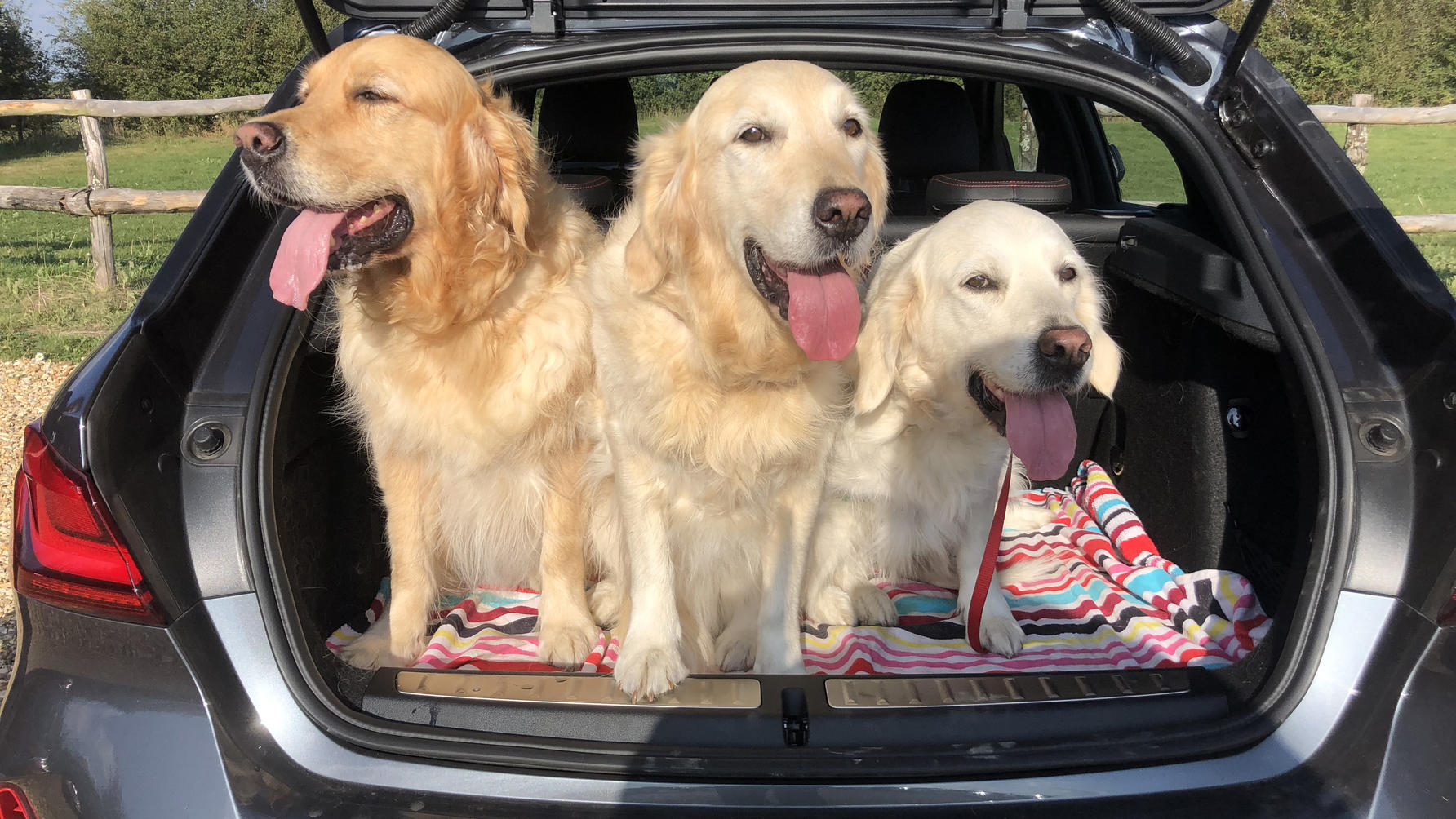