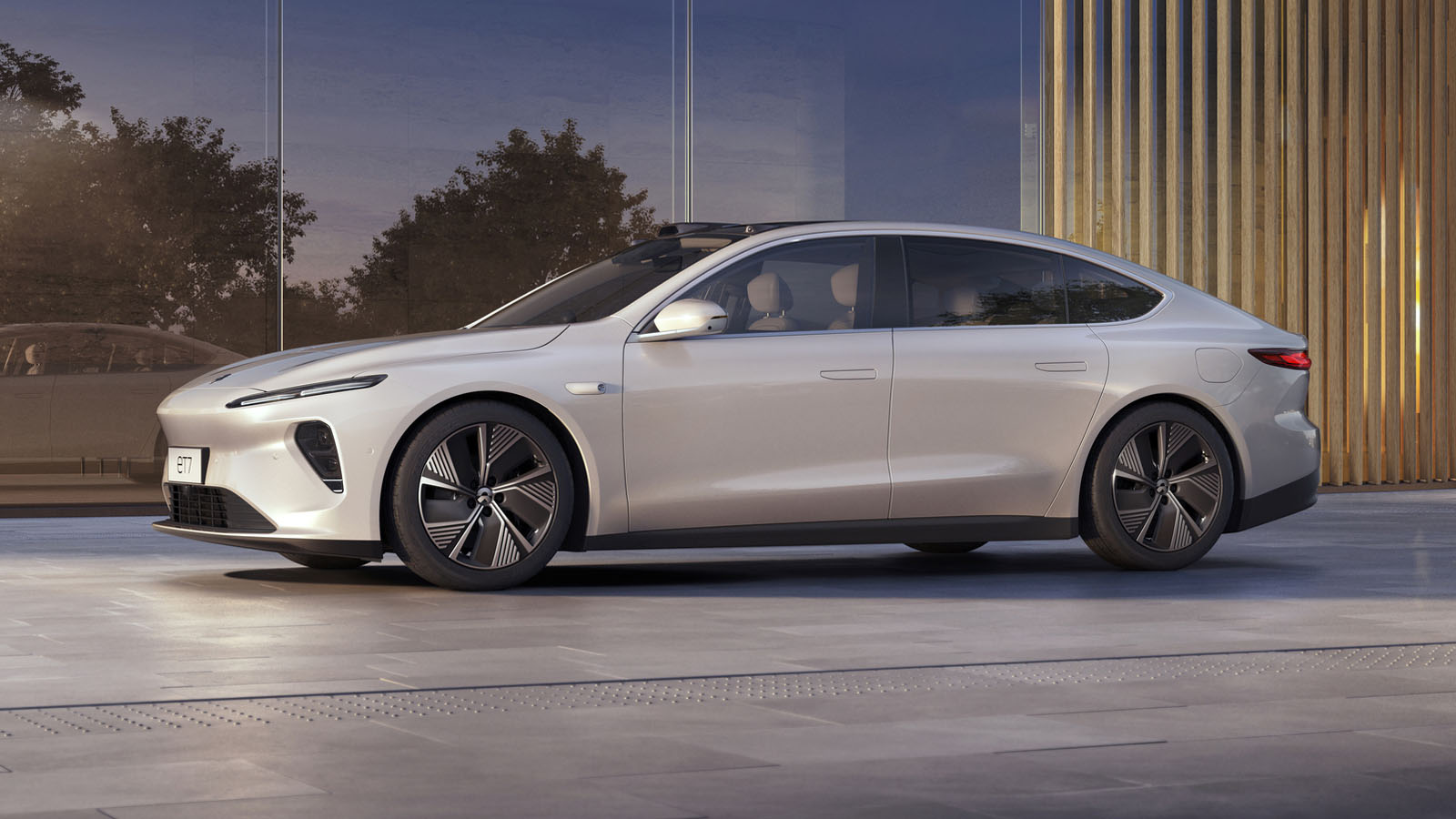 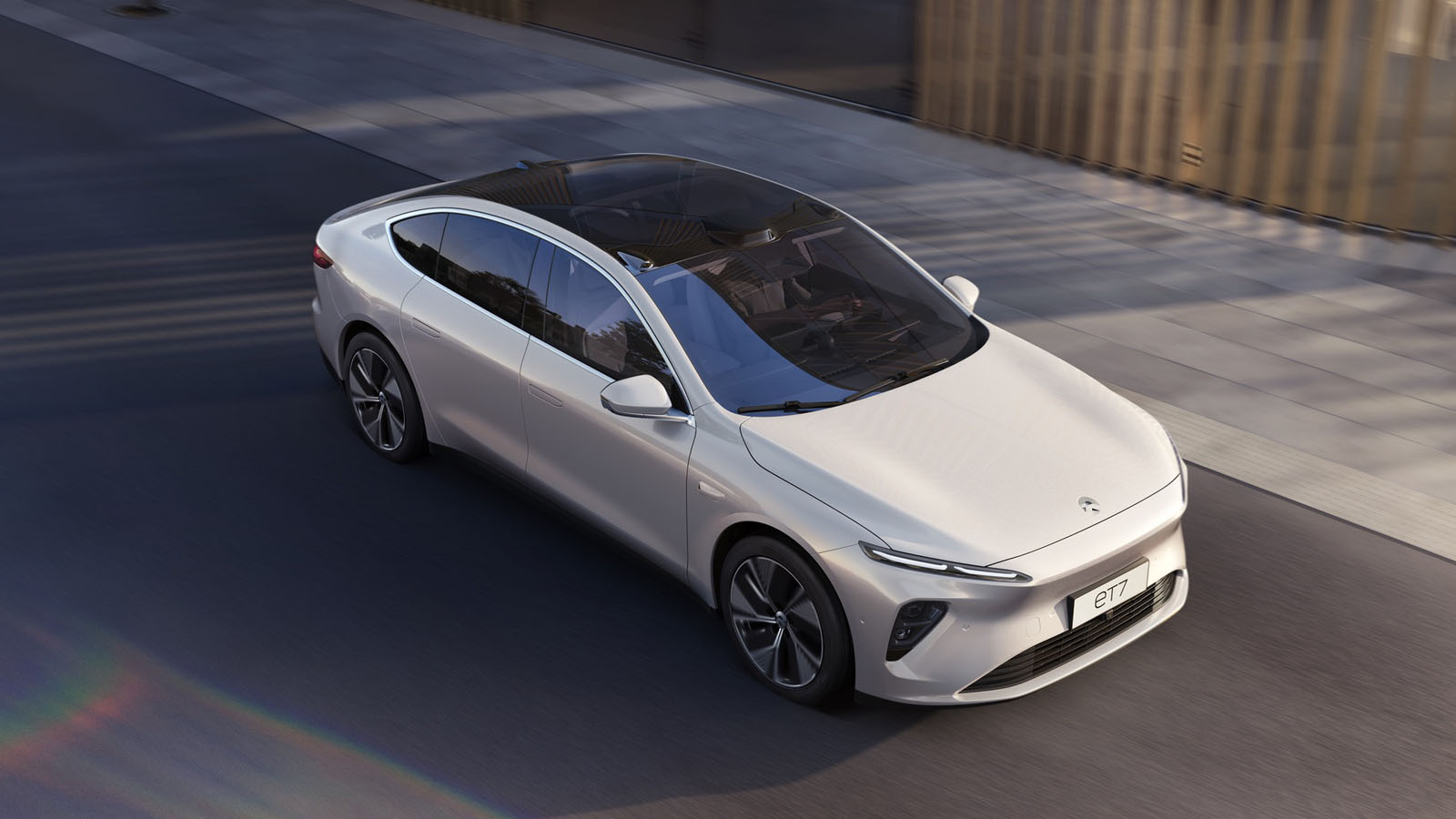 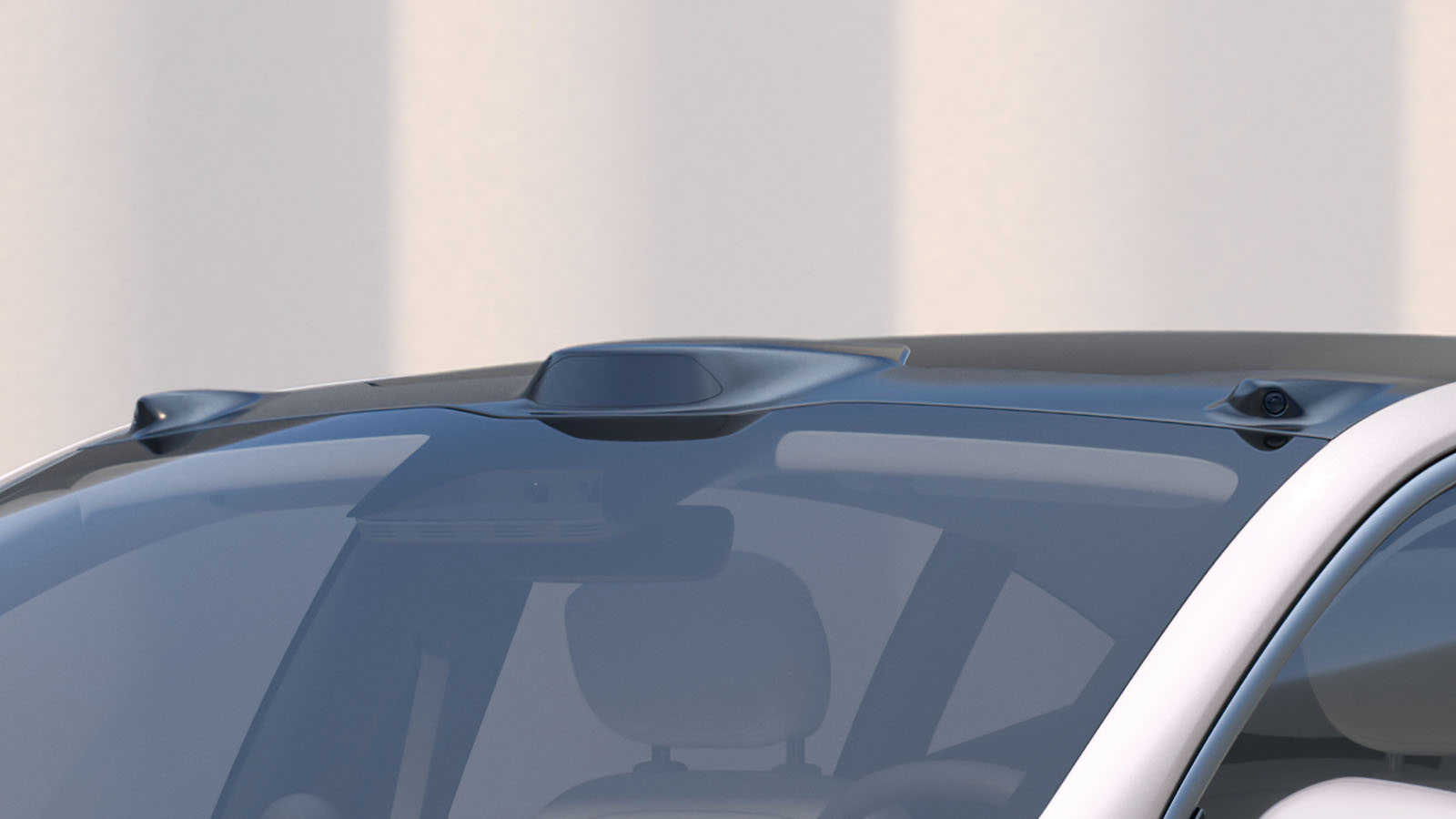 Remember Nio? It might not sell any cars in Europe (yet, anyway), but it’s one of the better-known Chinese car manufacturers over here thanks to the EP9 hypercar, which once held the Nurburgring record for EVs, and its moderately successful Formula E team. The company’s posh electric SUVs sell well in China and are actually pretty good – we were pleasantly surprised by the ES6. Click on these blue words to read our review.

This is Nio’s first saloon – a direct Tesla Model S rival that’s due to go on sale early next year for the equivalent of around £51,000. It’s called the ET7 and the big news is range – the top-of-the-line model has a ginormous 150kWh battery pack and, says the company, a range of over 621 miles (or a nice, round 1,000km). Granted that’s using China’s NEDC testing protocol – Europe’s WLTP test would likely give a lower, more realistic figure.

But still, we can’t think of an electric car that comes with a bigger battery (Tesla only goes up to 100kWh). The ET7 is also available in 70kWh and 100kWh versions with 310 and 435 miles of NEDC range respectively. And of course it’s compatible with the company’s network of ‘Power Swap’ stations, which allow Nio owners to switch their depleted battery pack with a fully-charged one in a matter of minutes.

In mid-2019 we used these stations to drive 800 miles between Beijing and Shanghai in a 78kWh ES6 without once having to recharge. Click here to read the story. Back then there were 123 Power Swap stations throughout China. By the end of this year, Nio says that will have risen to more than 500.

See that bulge above the windscreen? It’s home to some of the 33 “high performance sensing units” built-in to the ET7 that together generate eight gigabytes of data per second. Nio says the ET7’s “full stack autonomous driving technology” gives a “safe and effortless point-to-point autonomous driving experience that gradually covers urban, expressway, parking, and battery swapping scenarios”. Some 19 of the ET7’s driver assistance systems come as standard, but you have to pay a £78 monthly subscription to access the cleverest stuff.

The ET7 is brisk enough, with twin e-motors producing a combined 644bhp and 627lb ft of torque. 0-62mph takes 3.9 seconds. And it ought to be comfortable too, with standard air suspension that scans the road ahead to look for bumps. The interior is typically minimalist, with a 12.8-inch AMOLED display running the latest Qualcomm Snapdragon platform and 5G. The company’s voice-activated assistant, Nomi, is back too, and a 1,000 watt 23-speaker hi-fi is standard on all models.