Read why you can trust our independent reviews
Top Gear Team
Published: 29 Apr 2022
Skip 14 photos in the image carousel and continue reading 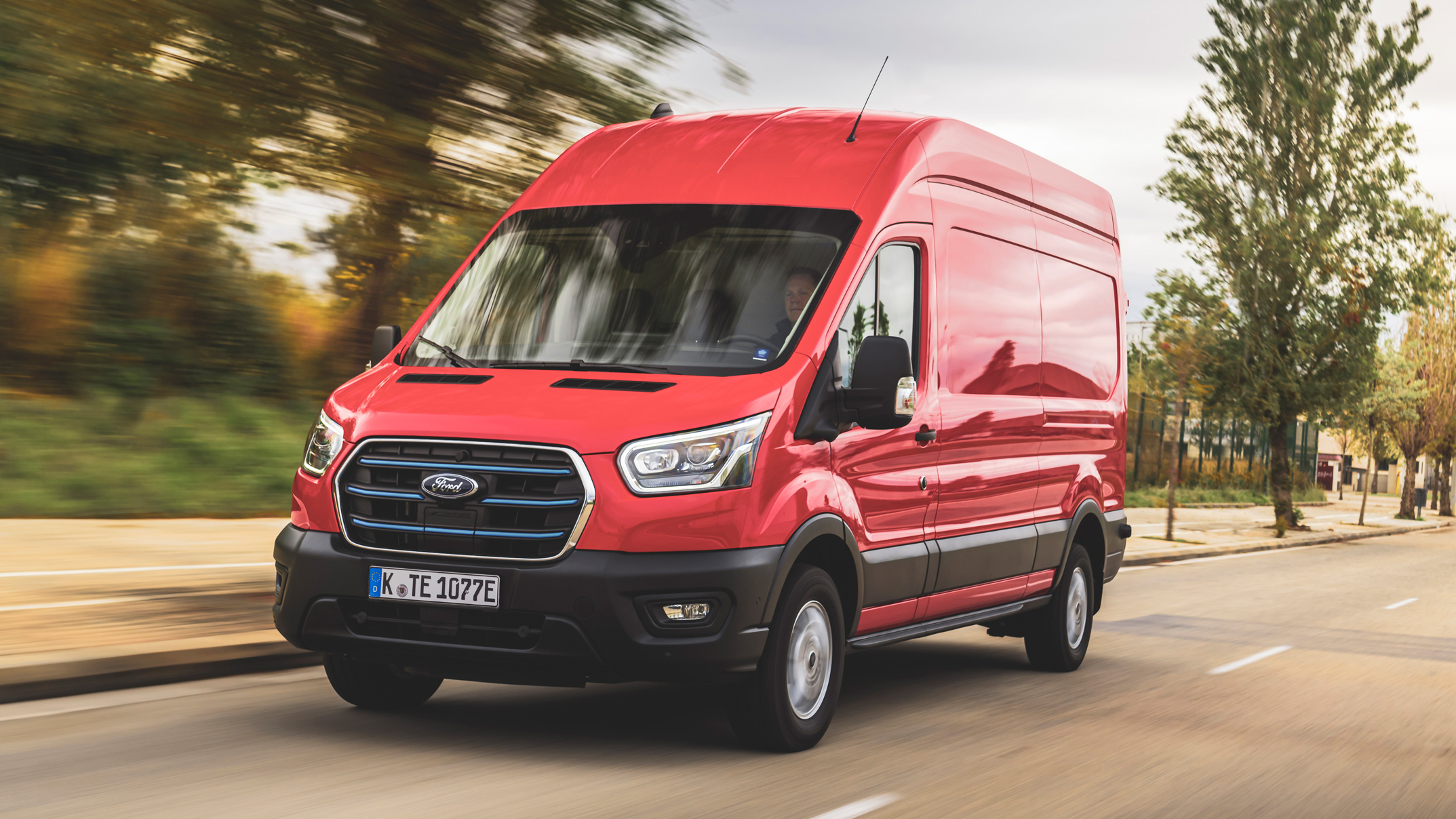 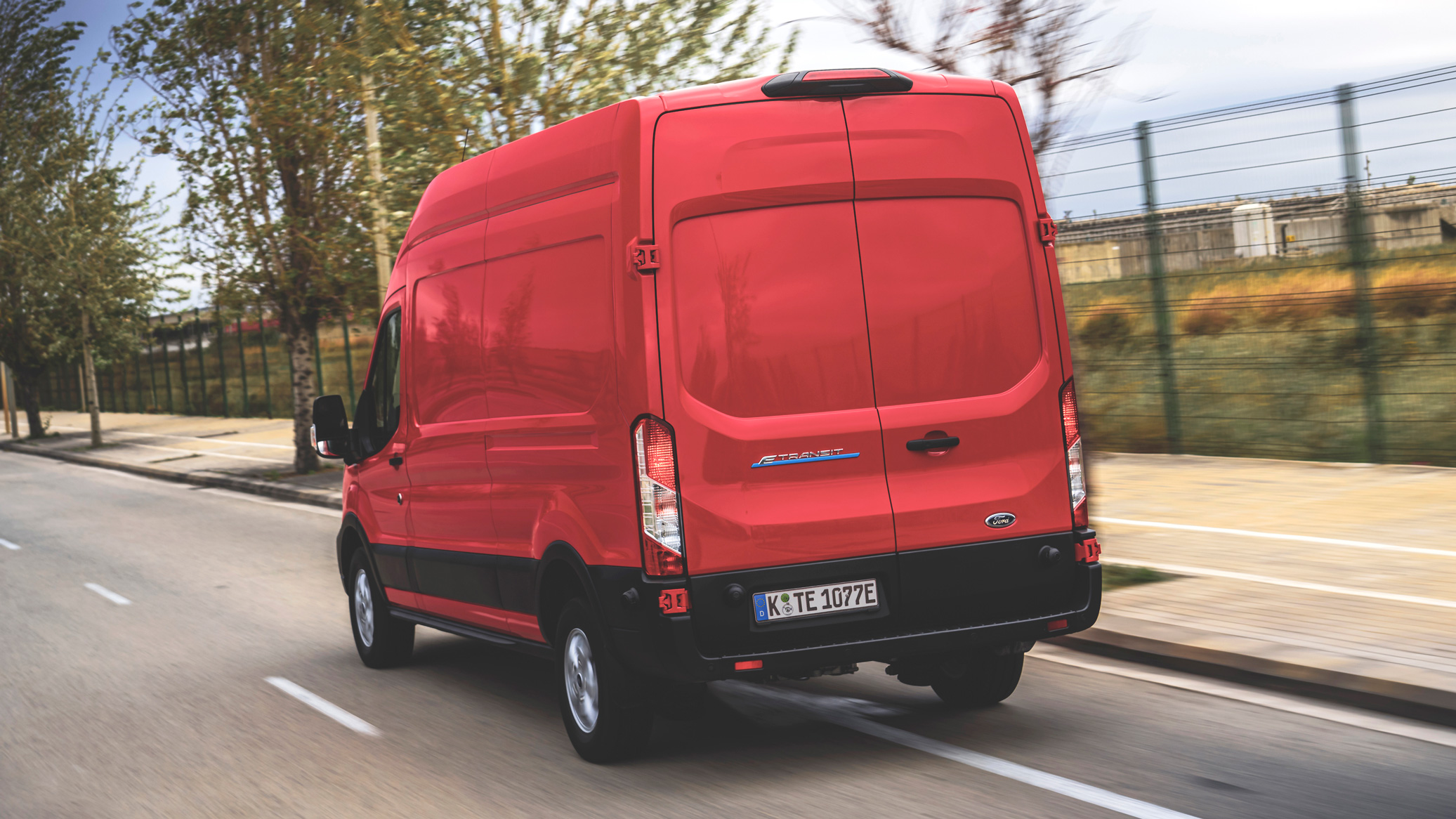 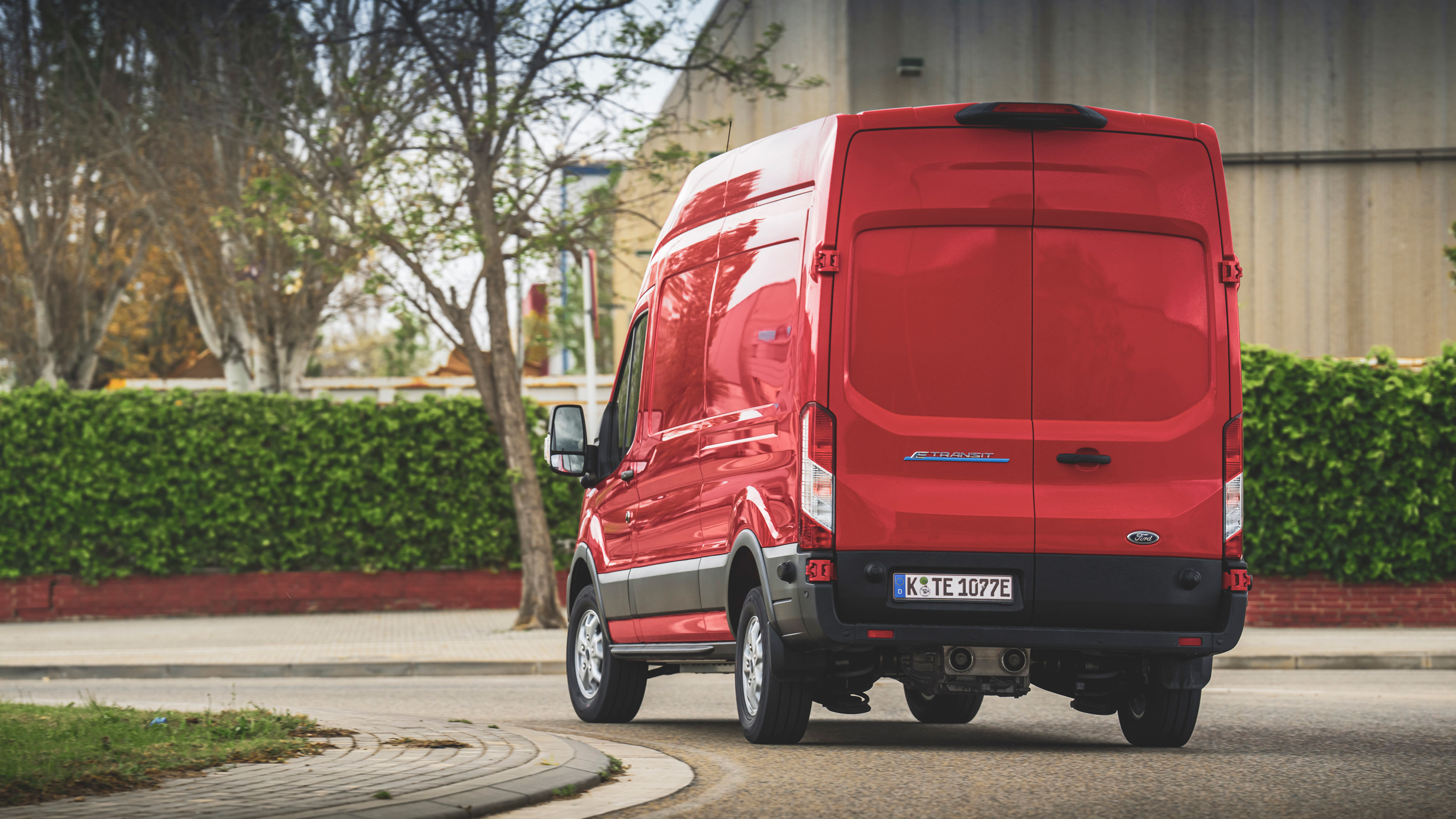 1 / 14
Advertisement
“The Ford e-Transit is a joy to spend time in. The best electric van of the current breed ”

Real range and cheaper than other e-vans, lovely to drive in context and exceptionally supported with the right package

There are elements that think if it’s not diesel, it ain’t a working vehicle, citing range and flexibility over everything. If you’d experienced electric full-sized vans up to now, they’d have had a point; some of the big stuff was rolling into the party with real-world ranges of 80-ish miles and eye-watering list prices. Which means very long-term payback strategies and that your ‘real world’ has to be pretty local and have access to lots of convenient charging. With those kinds of barriers to entry, both large-ish fleets and smaller users found it hard to justify making the switch to electric, even if customers were demanding greener delivery options.

It probably doesn’t help that the UK government keeps tweaking the goalposts with the grants - just like electric cars - with manufacturers like Ford trying to hit a moving target. Suffice to say, very broadly, small e-vans can get up to £5k off the new price, and the more heavyweight stuff up to 16, but you’re limited to 1,000 vehicles. That’s not a problem for Dave’s Plumbing (other Daves are available), but if you’re DPD or Amazon with fleets in the tens of thousands, it makes a big difference.

But the fact remains that electric delivery vans are absolutely suited to their use cases in the main. They’re quiet - no dieselly idling during stops - they’re easy to operate and monitor, they produce no local emissions, they can slip into low-emission zones without charge and they generally end up at a depot at night for cost-effective refuelling. Start to do the sums, and even though they cost a bit initially, the TCO or ‘total cost of ownership’ over a period with a properly set up fleet can start to look very attractive. If electric is to make sense, then delivery stuff that has a set usage profile and tends to be bombing around within a 150-mile a day boundary is a cracking place to start.

This sounds like it makes a lot of sense? Is this really TG.com?

To be honest, it’s a bit of a no-brainer. Where fossil fuels are at their least efficient - stop/start traffic and in town - electric is in its element. The Ford e-Transit comes in all the usual variations of the standard vehicle, so you can mix’n’match three lengths and two heights, and then there’s a bare chassis cab for glueing specialist equipment onto, like tipper bodies, mobile workshops, cranes and the like. There’s a crew cab version for moving bodies and gear, and the only thing that marks it out as being electric is the lack of noise and some blue bits on the grille. It’s not a huge psychological transition for the user.

The one-size 68kWh battery is mounted low under the floor, with the motor stuffed between the rear axle, so yes, e-Transit is rear-wheel drive. For which we rejoice for no specific reason - that’s the TG.com bit. There’s new independent and heavy-duty rear suspension too, so it rides better than the live-axle and leaf-sprung stuff, and that goes for when loaded or unloaded.

In theory, and depending on which version you’ve got, obviously, you can get up to 196- miles of WLTP range. Ford interviewed a good chunk of end users to arrive at this figure by the way, so the e-Transit should have plenty of spare range capacity to cope with what businesses need to do, although one would fully expect an e-Transit filled with bags of cement in winter to do considerably less, even if you warm the cabin via nothing but Marlboro Lights smoked underhand.

There’s between nine-and-a-half and just over 15-metres cubed of loadspace available from the panel van by the way. In case that’s relevant. It can be really… big (not a technical reference).

There’s also a lot to be said for the general ease-of-use; with the cab feeling more like a nicely specced car these days, the general quiet and torquey electric motor, you can imagine delivery drivers scrapping over who gets the e-Transit rather than the diesel when there’s a 12-hour shift to put in.

But you buy a Transit for work, not play. Does it make financial sense?

In a world that’s suddenly looking down the barrel of very expensive diesel, it would appear so. But to get the best from an electric van, you have to be properly set up and minimise downtime - all possible by live telematics and monitoring that flags issues before they become issues. It’s a bit Big Brotherly - every single dataset is downloadable by base - but if you want to keep the vans on the road and the charging and servicing up to date, it’s hard to argue with.

The big initial purchase price - compared to a diesel - is alleviated somewhat by being 40% cheaper to service, way cheaper to run on electricity per mile (especially if charged off-peak) and likely chunkier figures on the residual side. There’s an 8yr/100k battery warranty on the e-Transit, so Ford isn’t overly worried by battery issues, obviously.

Probably of equal significance is Ford ramping up its ‘Ford Pro’ ecosystem, which aggregates everything from buying the actual vehicle to financing, sorting out the monitoring and telematics software for individual businesses and servicing. Ford will help you set up a charging hub, look at your infrastructure, and recommend how to work out strategy. If you’re a fleet manager, that’s invaluable as you try and green up your fleet.

This Ford Pro thing sounds like Ford taking over the world.

Ford obviously isn’t daft - it’ll even take on other manufacturers' vehicles under the Ford Pro umbrella. And winding yourself into every aspect of a business obviously pays dividends. But it starts with product, and even though Ford Pro covers any kind of fleet, it’s the EV (that’s ‘electric van’ right?) side of things where it might be the most useful. That means a van like the e-Transit is crucial; if you can make it simple, and provide a van that does pretty much everything better than a diesel for your use case, you’re onto a winner. Plus, driving a van is actually really good fun.

“The Ford e-Transit is a joy to spend time in. The best electric van of the current breed”

The Ford e-Transit feels adaptable, practical and eminently fit for purpose, but more to the point, it’s comfy, well-equipped and a joy to spend time in compared to other light commercial vehicles - albeit we’re basing far too much of our experience on teenage Transit diesels.

If you ally that with the Ford Pro scheme, which takes care of everything from purchase to financing, charging hub set-up, software integration, live telematics and all the other boring-but-necessaries, it starts to make all kinds of sense. Shouldn’t all the shorter range (and by that we mean vehicles not bombing up and down the motorway network) and multidrop carriers be electric? If the numbers stack up, then yes. And the e-Transit is currently the best of the breed.