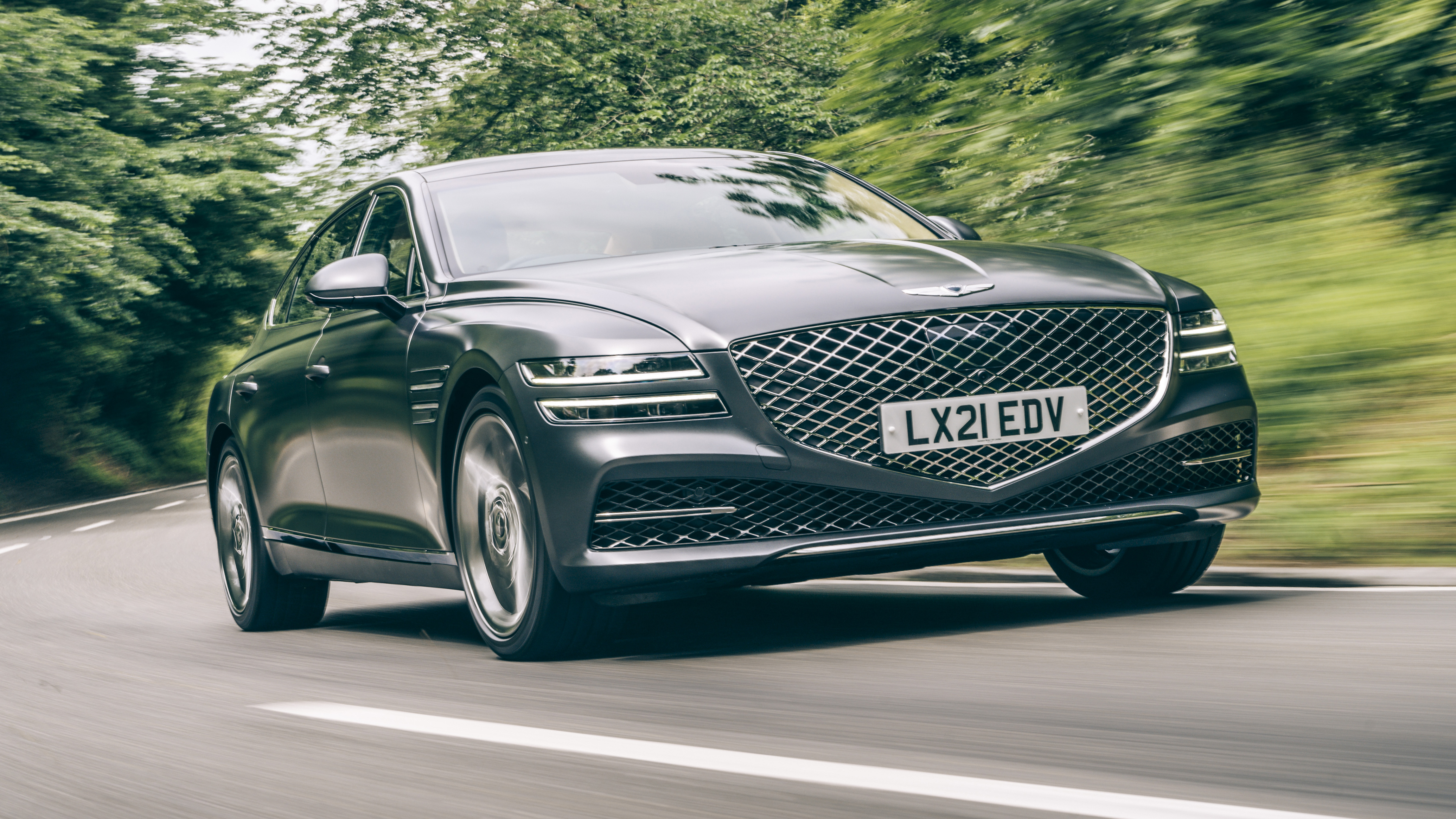 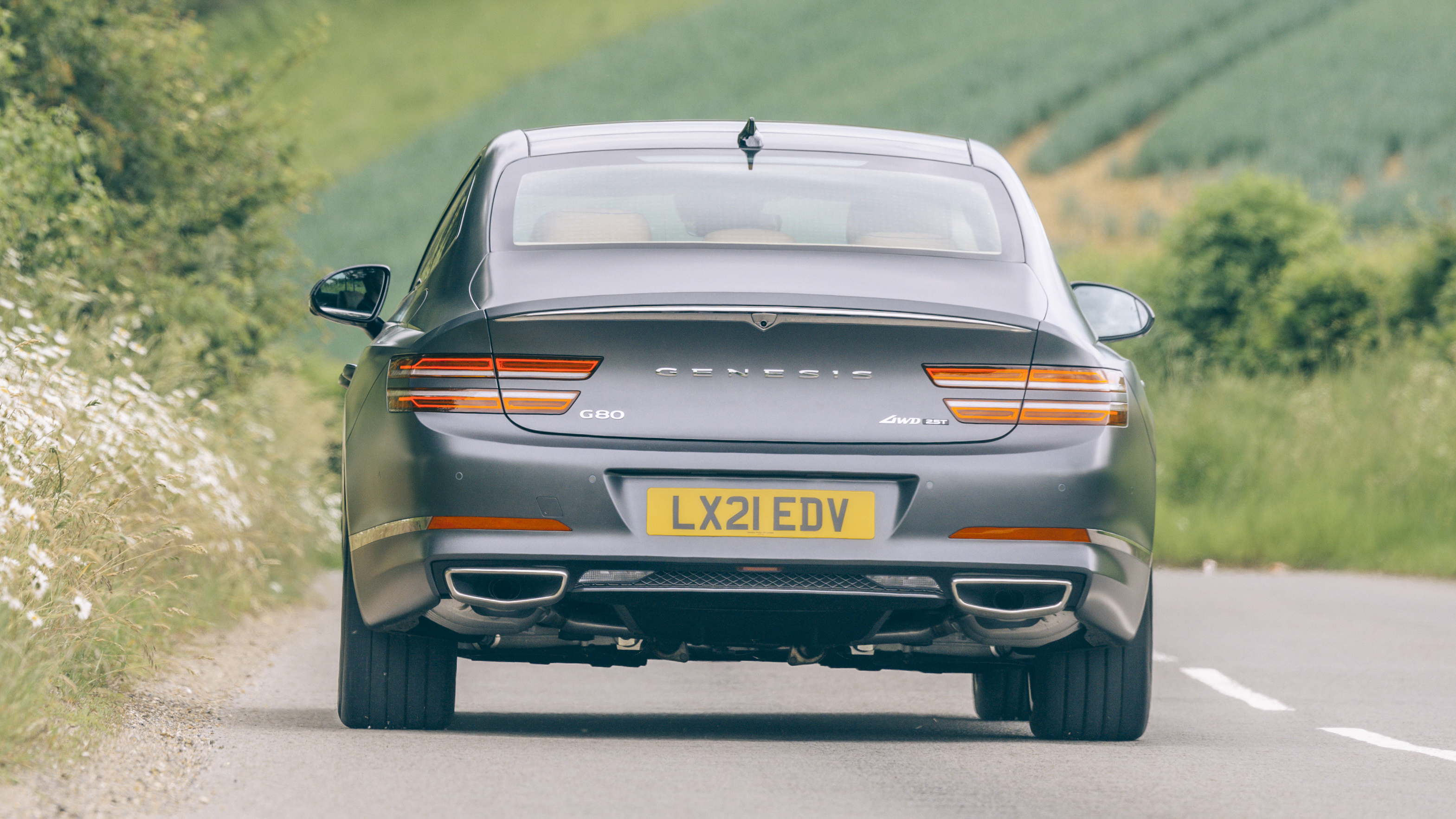 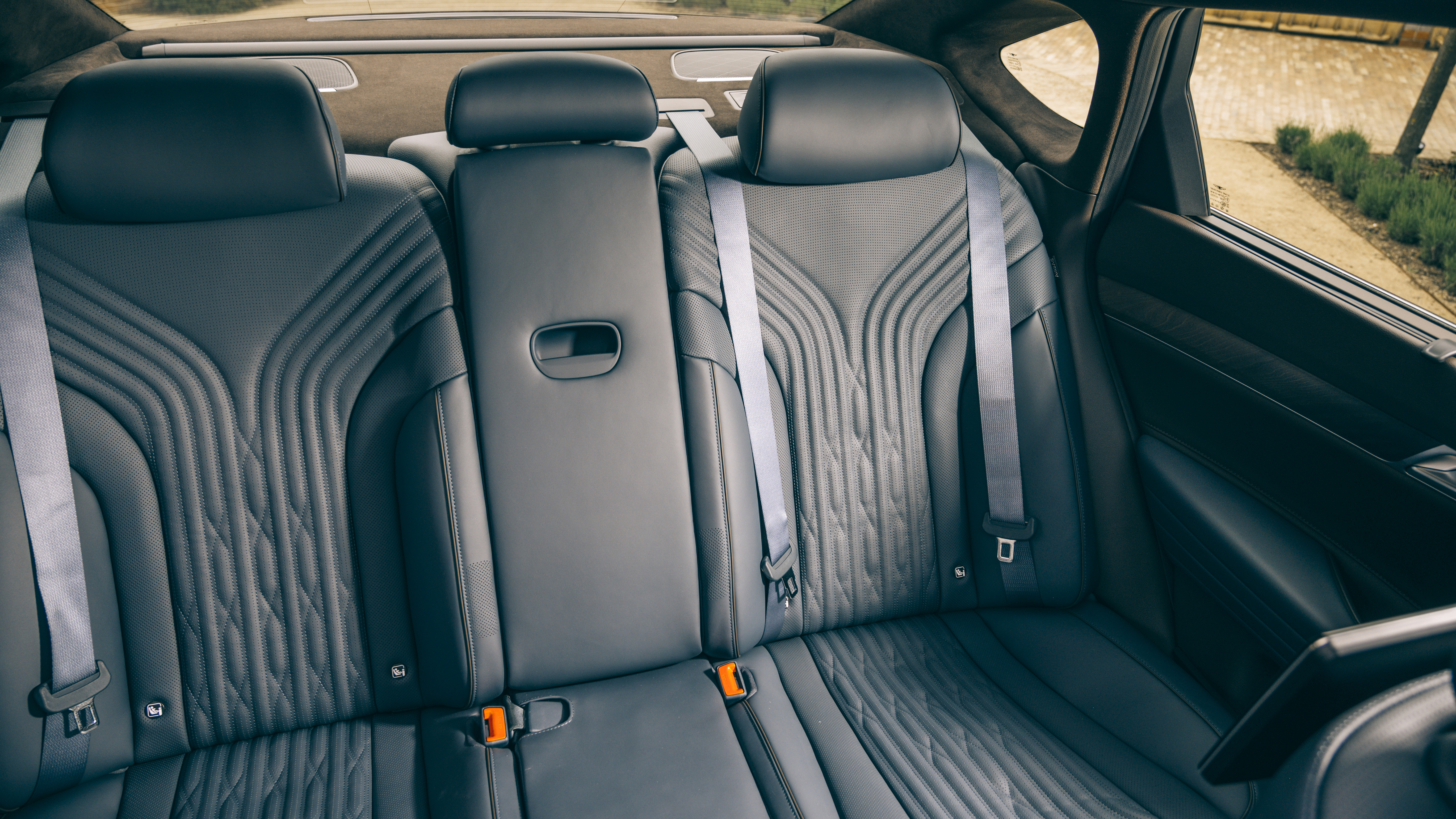 1 / 20
Advertisement
“You might never fall in love with it, but nor will you find yourself shaking your fists at it in a moment of Fawlty-esque existential despair ”

Not a particular sharp drive, 2.5-litre petrol engine is a little vocal when pushed

Genesis is Hyundai’s luxury diffusion line, a well-known quantity in its home market and the US, now tilting at the establishment in the UK and Europe. Many have tried and indeed are still trying, but Hyundai’s top brass see it as a matter of honour to lock swords with the big players. And they want to do it by being different. (Differentiation joins experiential as one of 2021’s key luxury buzzwords.) Last year, Genesis shifted 130,000 cars globally so the ambition is certainly not being thwarted.

It’s also possible this could be a car review in which we don’t actually review the car at all. Seriously, it’s moot how much the actual drive matters in the grand scheme of things. A large saloon and SUV are the traditional pathways to showroom glory, and it’s with examples of each that Genesis is opening its account. Key here is the fact that the company disavows the conventional retail model and is prioritising customer service above shiny-suited commission-incentivised salesperson patter.

So there are no showrooms. Instead, Genesis plies its trade via a little-known tool called the internet and retail ‘studios’; one has just opened in London’s Westfield shopping centre, with another to follow in a dramatic new central London location next year. Genesis also allocates customers an individual personal assistant, most of whom have been recruited from non-car spheres (one is ex-Harrods). There’s a mighty five-year warranty, five-year servicing, and five-year roadside assistance package, and the car is collected and returned on covered transport.

South Korea’s rep in the world of painless consumer durables is well established but we’ve come a long way since ‘that’ll be the Daewoo’. The G80 really does do different, an imperious looking saloon whose dropping rear roof-line and cut-off tail suggest coupé-like grace in a sector populated by largely trad saloons. (NB: it has a normal boot, which swallows 424 litres, so it’s not huge.) Or perhaps they suggest Audi A7 Sportback. There’s the usual stuff about being able to render the car’s silhouette with just two lines, although to be fair to the creatives here the G80’s two-line game actually is strong. It’s there in the headlights, the details aft of the front wheelarches and in the rear lights.

The ‘matrix’ grille is the usual punchy Asia-Pacific fare, although better executed than many. And it’s big, measuring 5mm shy of 5m in length, closer to an S-Class than the E with which it competes, and arguably generating more presence than the Audi A6, BMW 5 Series, Jaguar XF and the near-invisible Lexus ES. (We’d de-chrome it, though.) Prices start at £37,460, so the G80 adheres to the age-old lot of metal for the money mantra. But it does also have quite an extensive options list.

“You might never fall in love with it, but nor will you find yourself shaking your fists at it in a moment of Fawlty-esque existential despair”

In some respects the Genesis G80 is as soothingly reassuring as a BBC Sunday night sitcom. Whatever else is bothering you – and the list is currently long, let’s face it – the G80’s primary goal is to make all the bad stuff go away. At least for the duration of your journey.

This is a noble aspiration for a car of this type and provided you don’t start asking it dynamic questions it doesn’t really want to answer, the G80 is generally impressive. It’s extremely well-made, easier to operate and less showy than some of its rivals, and ticks all the tech boxes. The interior experience, in particular, is world-class. We suspect that what’s coming next might be more exciting, but as a mobile manifesto for a new brand this’ll do just fine.