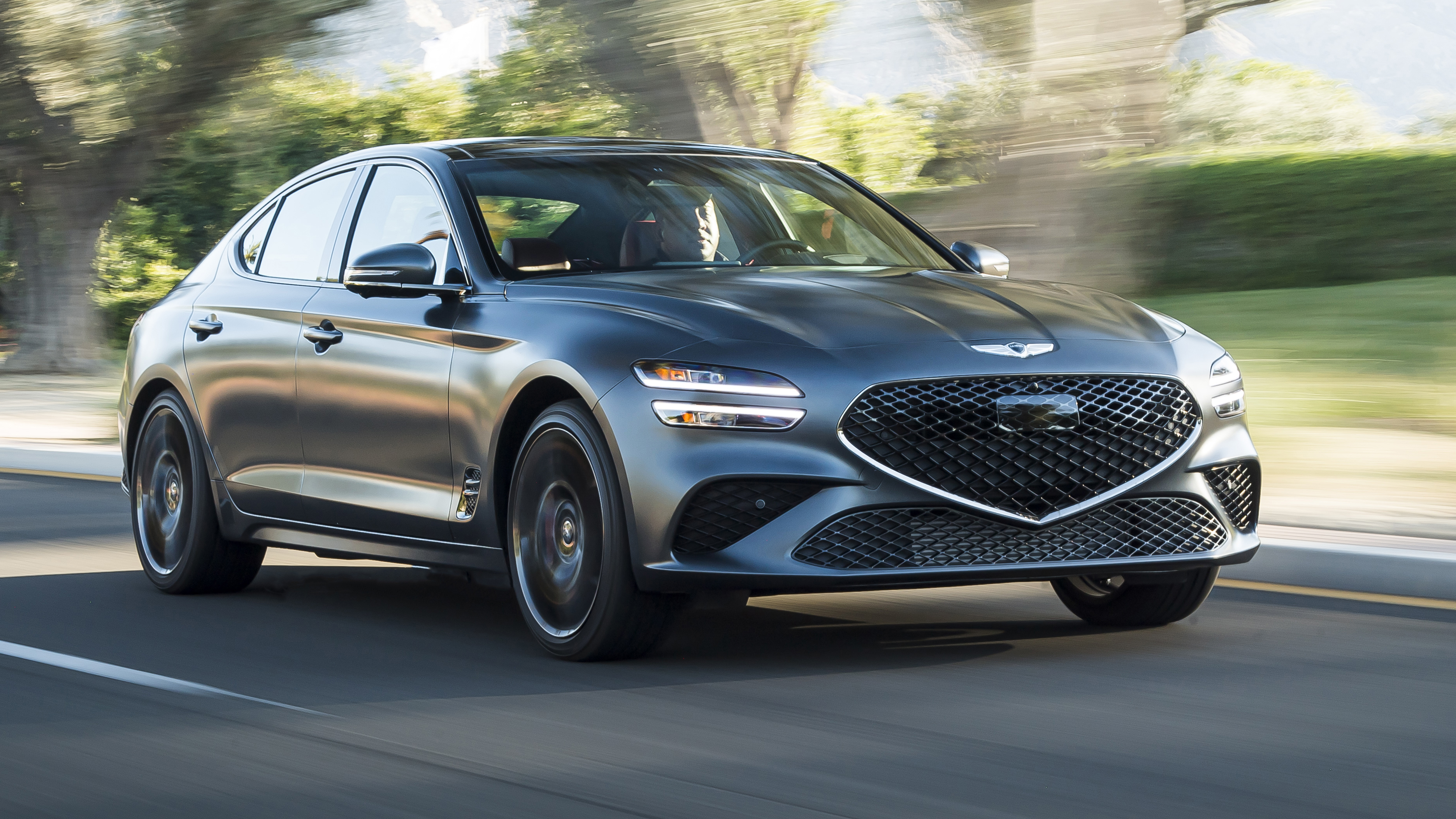 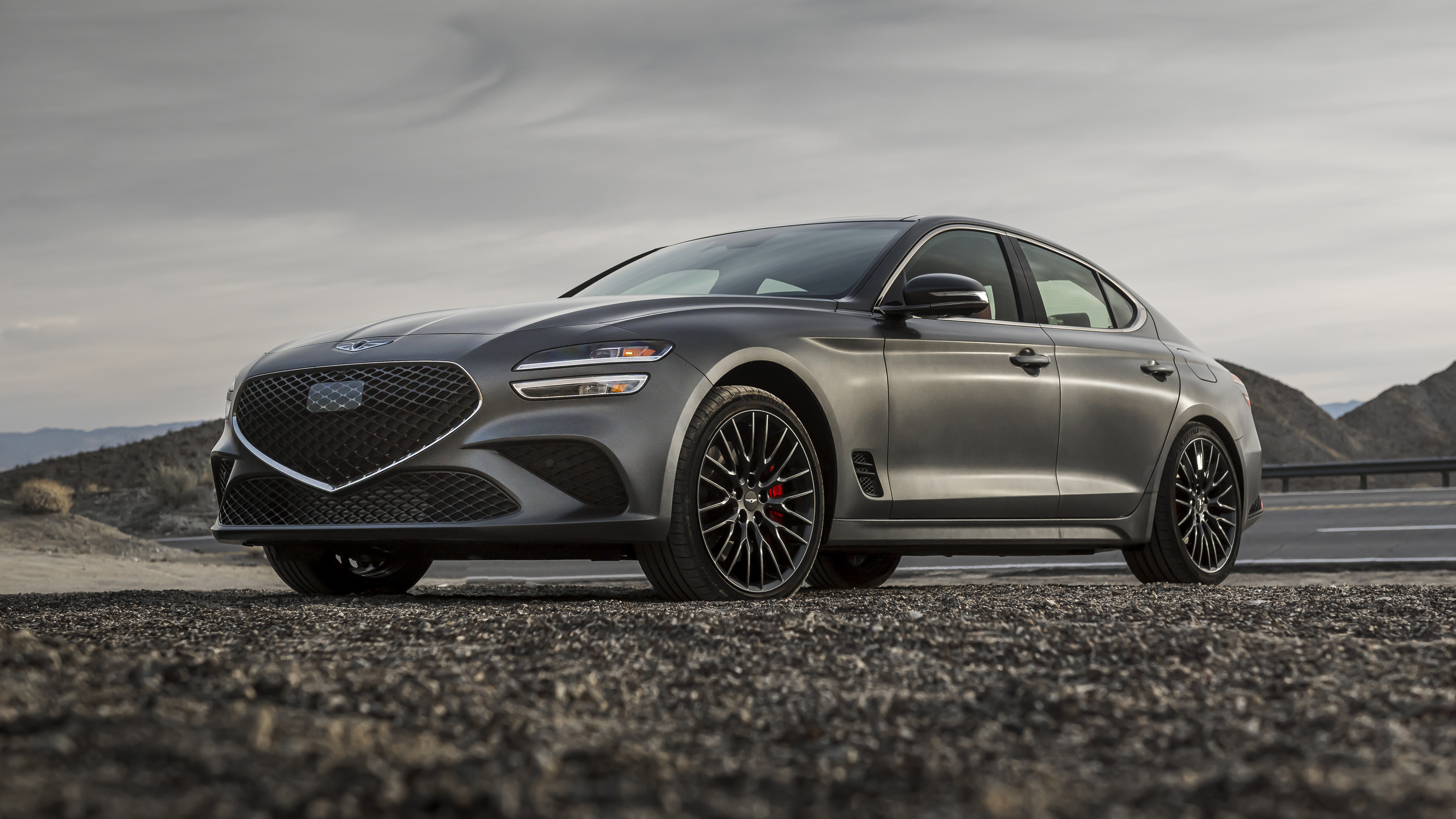 1 / 12
Advertisement
“One of those classic ‘nice if you like to stand out from the herd’ cars. More relaxed than sporting, but will anyone notice? ”

The latest plucky upstart that thinks it can waltz onto the premium-badged small sports saloon battlefield and set up camp amongst the dominant likes of the BMW 3 Series, Mercedes C-Class and Audi A4, while making life even harder for the dwindling Alfa Romeo Giulia and Jaguar XE. It’s taken Brits a few decades to come around to the idea of Korean cars being more than just a low price and a long warranty. Are we now ready to buy their posh saloons?

Because yes, the young Genesis brand hails from South Korea, where it’s actually the premium-challenging offshoot of the Hyundai-Kia empire. This car, the G70, sits on the same platform as Kia’s impressive Stinger GT sports saloon, but prioritises sophistication and comfort over the V6 Stinger’s more aloof tail-out shenanigans.

Explain a bit more about what the G70 is, please.

While Genesis is a new brand to UK shores, the G70 is not a new car. It’s in fact a well-facelifted version of a G70 that’s been on sale in the Far East and North America since 2017, making it older than the current BMW 3 Series and Mercedes C-Class. However, its striking facelift has disguised that cleverly, thanks to aggressive split slender light clusters and a beaky ‘crest’ grille which blesses the G70 with considerable road presence.

In fact, from just about every angle this is a notably handsome and well-proportioned car. One that turns heads, and confuses onlookers as they rattle through their mental rolodex trying to work out what’s sauntering by. The designer is ex-Bentley, and there’s more than a hint of baby Flying Spur about the G70. A good start, then.

What different models can I choose from?

We’re looking at the regular four-door saloon here, but there’s also an estate on the way, though Genesis calls it a Shooting Brake. Meanwhile, the engine range is a fraction the size of what you’d usually expect in this class, but targets the heartland of sales. Choose from a 2.0-litre turbo four-cylinder petrol engine with either 195bhp or 242bhp, or a single four-pot turbodiesel good for 187bhp and 295lb ft. Both are joined to an eight-speed automatic gearbox as standard, with rear-wheel drive. There’s no manual, no all-wheel drive offering, and no plug-in hybrid. Genesis has elected not to bring the V6 engine to the UK, because, well, how many Kia Stinger V6s have you seen lately?

So what’s the Genesis USP?

Besides the G70’s looks, it’s more about the promise of a stress-free ownership experience. Like its parent-brands, Genesis lobs in a five-year warranty. What’s more notable is the concierge service – when the car needs a service, it’ll be collected from your house with a courtesy car supplied. Genesis reckons it can operate entirely without traditional dealers, though you’ll spot pop-up stores attempting to put bums on seats in big shopping centres.

Essentially, Genesis is betting on customers who’ve become jaded with a slight sense of complacency from the regular big-hitters. The brand says it wants its customers to feel like guests in a luxury hotel, and make a big deal out of traditional Korean hospitality. Question is, in the notoriously badge-snobbish UK, will the G70 attract enough people to actually experience any of that?

“The G70 might be able to hold its own, but it probably needs replacing sooner rather than later if it’s to avoid ‘doing an Infiniti’”

It seems a peculiar move by Genesis to effectively launch a brand in the UK with a product that isn’t new. The G70 is fresh to UK eyes, but scratch beneath the surface and elements of the interior and powertrains betray this isn’t a brand-new car, and in this class, that’s enough to put it onto the back-foot from day one.

That said, it’s an easy-to-operate device with strong equipment levels, decent refinement and genuinely arresting looks. The ownership package looks healthy too. It isn’t a patch on the best in class to drive, but you could argue that only matters to a handful of enthusiasts these days, now connectivity, cost per month and sheer brand value matters more. The G70 might be able to hold its own, but it probably needs replacing sooner rather than later if it’s to avoid ‘doing an Infiniti’.