£258 p/m
External link to
with Leasing.com
Read why you can trust our independent reviews
Top Gear Team
Published: 19 Feb 2021
Skip 15 photos in the image carousel and continue reading 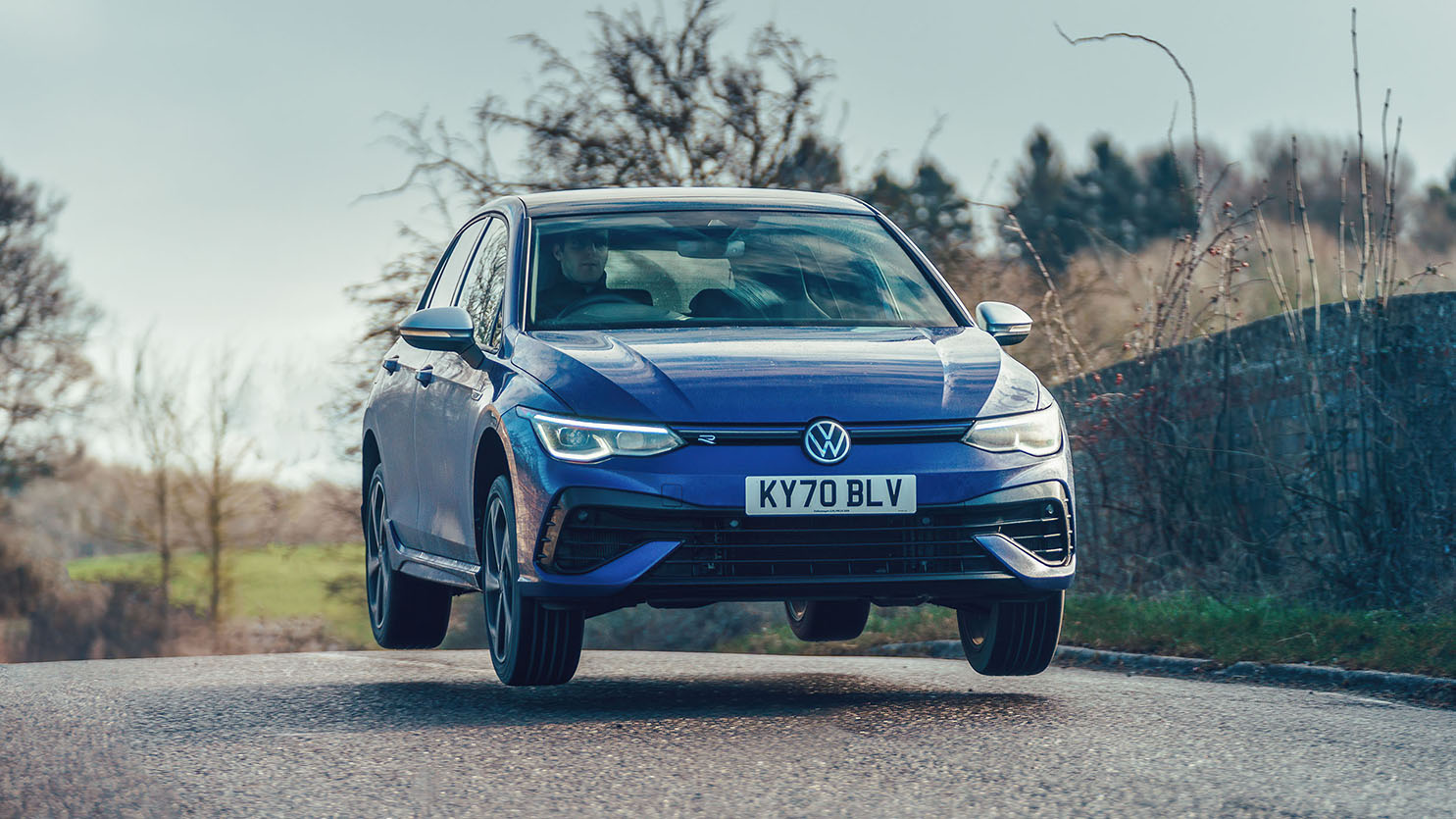 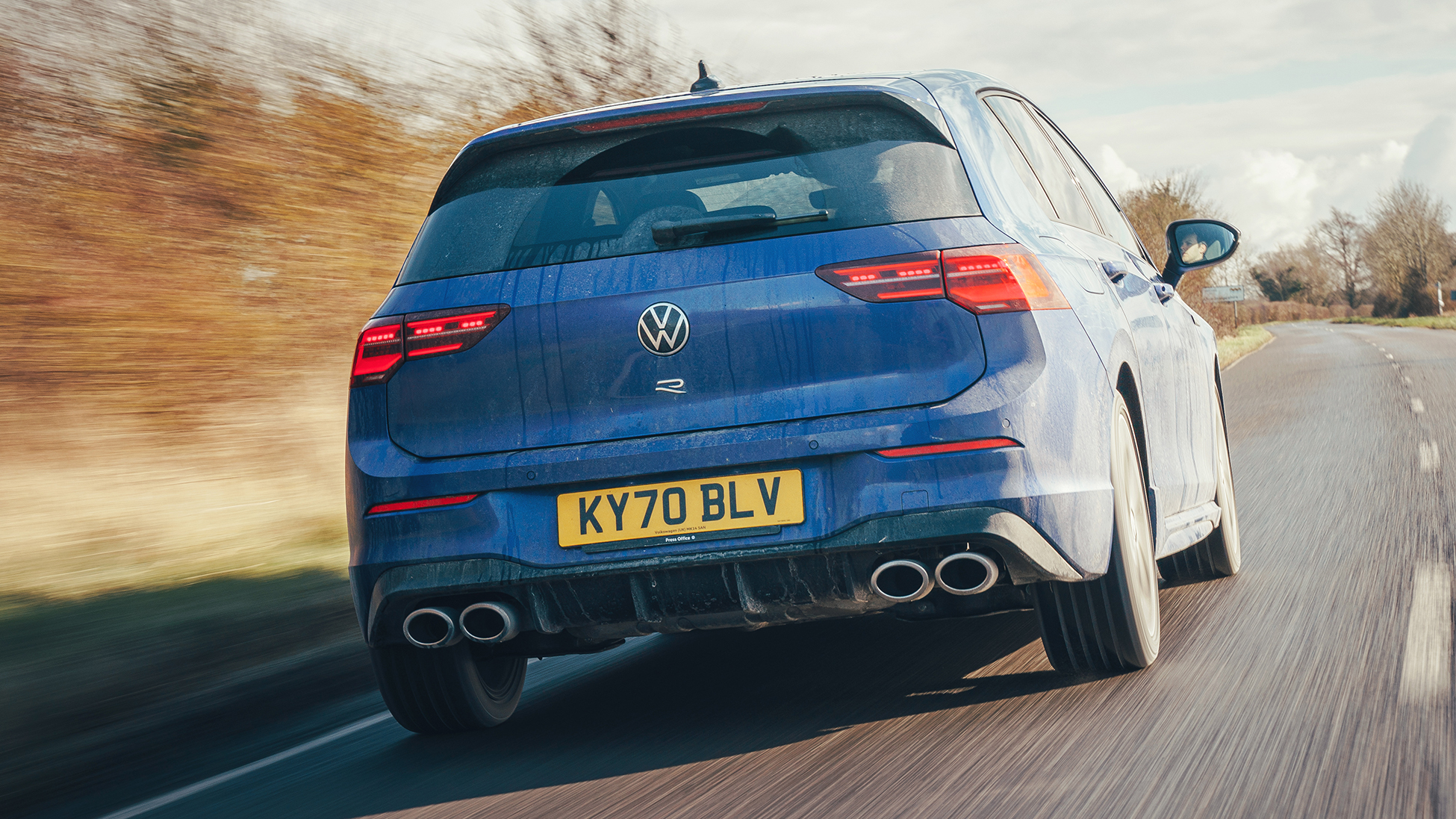 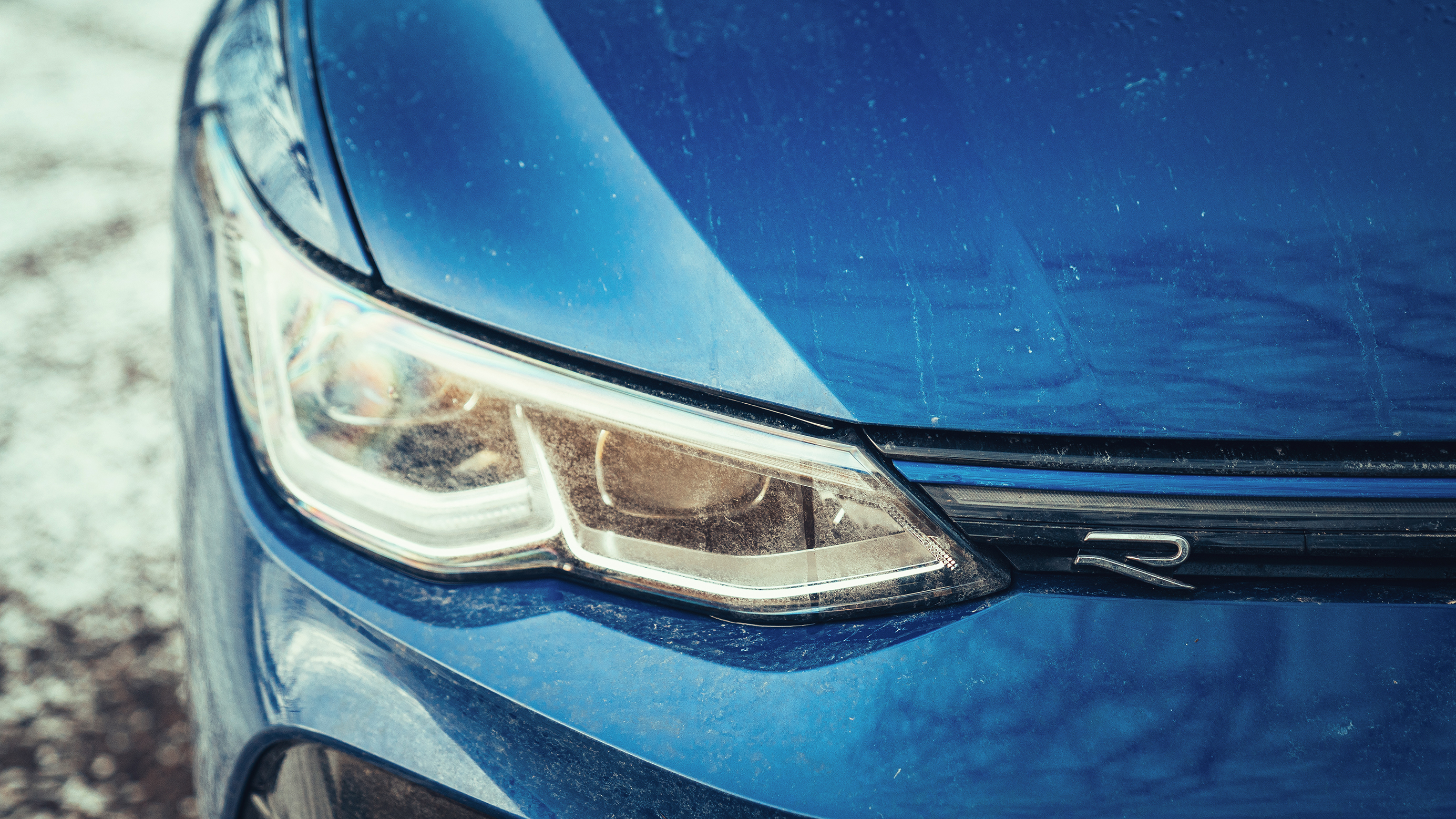 Easy-going nature will feel too babyproofed for some. Irritating interior. Bland noise

The new ultimate Golf. Four exhaust pipes, four wheel drive, and more blue cabin highlights than a British Airways jet. The Golf R formula hasn’t changed much on the face of it. But you can hardly blame Volkswagen for that.

Perhaps you’ve forgotten the outgoing king was a smash hit out of nowhere: the first 4x4 Golf that had more than raw horsepower in hand over the cheaper GTI.

Suddenly the R wasn’t just a speed merchant. It had finesse and balance. Audi no longer had an excuse for a history of lacklustre S3s. AMG’s OTT A45 suddenly looked a bit silly. Forums erupted. The purists were happy.

And so were the VW accountants, right?

Because you could bag one for less than three hundred quid a month, everyone else wanted one too. Even pirates. Overnight the Golf R became one of Britain’s most desirable, commonly-pinched cars. The price crept up from sub-£30k to £37k during its reign, and VW quietly ditched the less popular three-door bodystyle and manual gearbox. So, this new Mk8 (yep, we’re coming to it, promise) sticks with five doors, a twin-clutch seven-speed gearbox, and the same basic chassis and engine.

Torque now matches the massively brawny Ford Focus ST at 310lb ft, maintained from 2,100rpm right up to 5,350rpm, where 316bhp takes over. VW claims 0-62mph in 4.7 seconds and a top whack limited to 155mph. It might interest you to know we timed an old Golf R DSG from 0-62mph in 4.5sec. Expect this one to go quicker than the brochure says.

What if I want to go even faster than this?

Just because there’s only one engine and gearbox choice, doesn’t mean there isn’t stuff to mull over here. For £2,000 VW sells you a Showoff Pack. Sorry, Performance Pack, adding handsome 19-inch rims in place of these fussy 18s, a taller rear wing from the GTI Clubsport, and two extra modes on top of the standard Comfort, Sport, Track and Individual settings.

They are Drift mode, and Special mode, emblazoned with a Nürburgring logo on the tile. Guess where that was fine-tuned?

Prices now kick off on the wrong side of £39k, and just adding the trademark Lapiz Blue paint will tip the cash price beyond £40,000. This looks like an inexcusably greedy leap from VW, but the Mk7 cost £37k at the end of its life, and there’s more new tech here than meets the eye justifying the big money being asked.

What are the alternatives?

In case you weren’t convinced the last Golf R was a landmark, check out the rivals. Besides the predictable, parts-sharing Audi S3, Mercedes has entered a whole new niche below the manic AMG A45 to take on the Golf R, in the shape of the feisty AMG A35.

Meanwhile, BMW ditched its rear-drive, straight-six M140i and morphed the new M135i into a shameless Golf-clone complete with four-wheel drive and a 2.0-litre turbo engine. The Germans know a good idea when their rivals are onto one. But Volkswagen had the head-start, and it’s running with it. 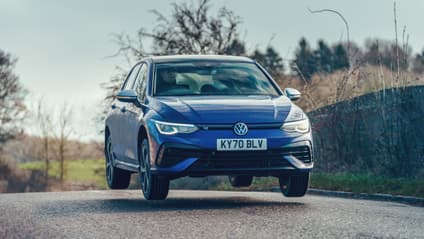 “The supreme hot hatch all-rounder. No sharp edges, and more rewarding than you might expect”

It was unlikely Volkswagen's R division would crack the AWD 300bhp hot hatch code then immediately forget to do it all over again. They’re not Audi. VW knows how to be consistent with its quick stuff.

This R is an impressive evolution over the Mk7. Should you leap to upgrade if you’ve got one of those? Probably not – you’ve got a better interior, nicer noise and the Mk8’s improvements are only going to reveal themselves over many hundreds of miles of growing on you.

But if you want a new all-rounder, this new Golf R is one of the very best. We have our gripes, but they’re from the regular Golf, not the ‘R’ bits.

The haptic steering wheel buttons here remain horrid, but at least one of them is now a shortcut to the driving mode menu, defaulting to Defcon ‘R’. You’ll be pressing it often. This a seriously sorted bit of kit: quick, rewarding, practical and beautifully rounded. All things to all people in all weathers.