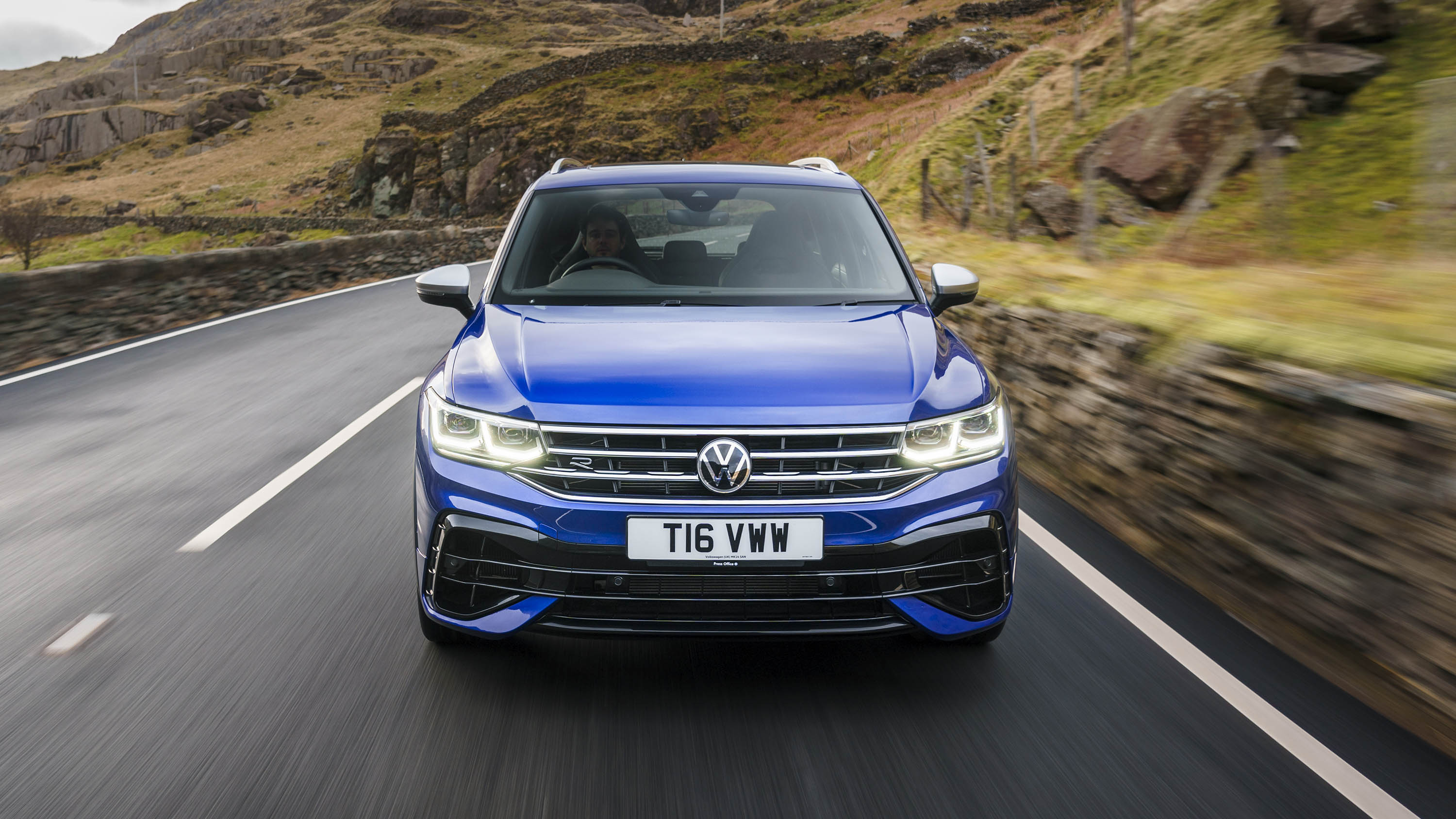 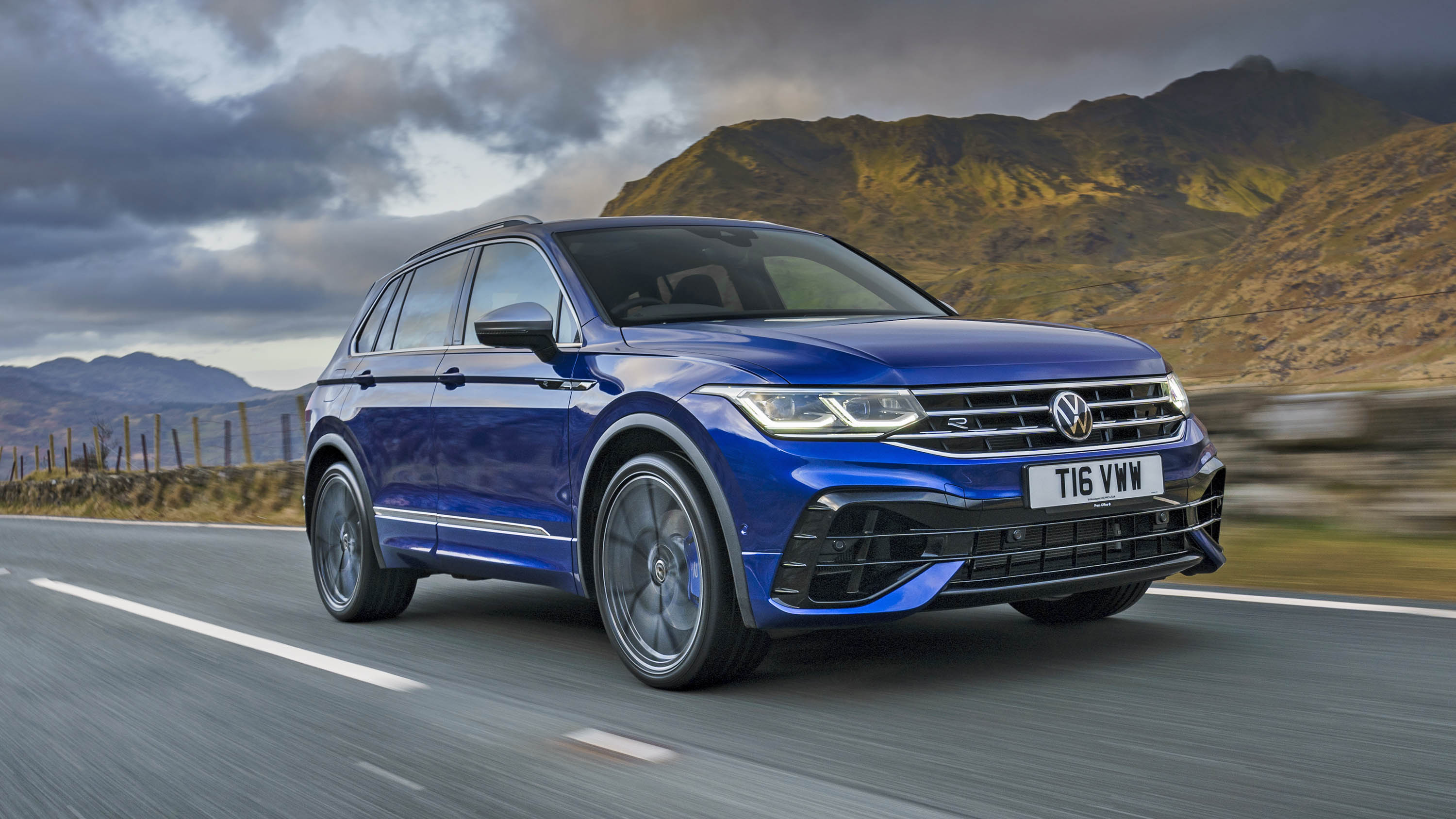 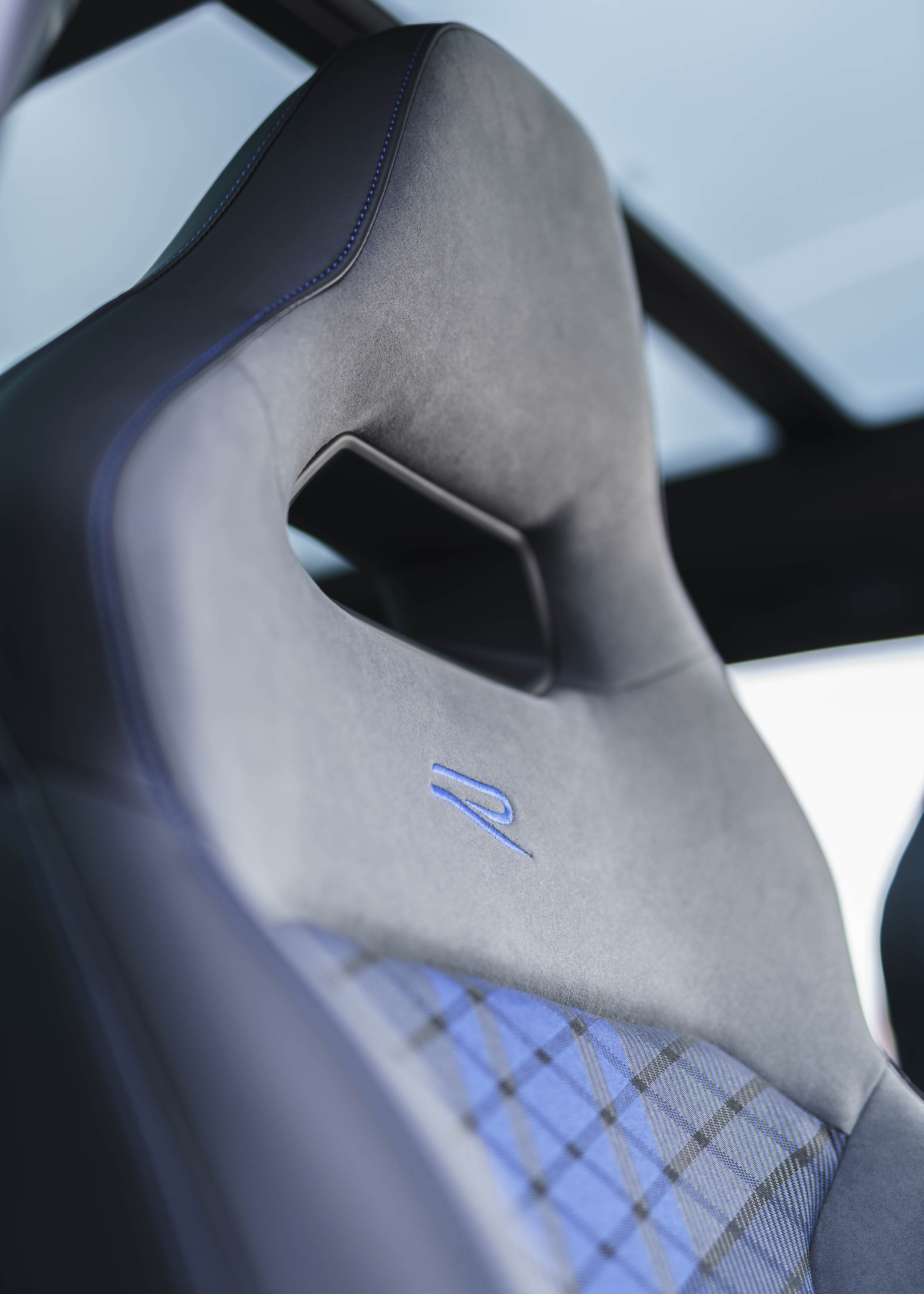 1 / 16
Advertisement
“Judge it as a taller, fatter Golf R and it's very good. But it's flawed family transport ”

One of the tautest-driving small SUVs out there

Quite how relevant those talents are is up for debate

It’s an inevitability. Volkswagen’s biggest worldwide seller isn’t currently the Golf, it’s the Tiguan. Thus the application of an R badge ought to be no surprise. The only shock is that it’s taken VW so long to join a sector now thronging with competitors.

Perhaps the wider VW group was using the Cupra Ateca – a very close relation of this car just with shiny copper rather than glitzy blue badges – to test the water. And to make sure a 300-odd horsepower engine can go to work in a family-sized SUV without immediately shaking semi-digested Frubes straight back out of the kids.

The VW Tiguan R is actually a bit more powerful than the Ateca, though. As well as the Audi SQ2. Its four-cylinder turbo engine shares 316bhp among all four wheels, using the latest tune of 2.0 TSI from the Mk8 Golf R. Plumbed solely through a seven-speed DSG twin-clutch gearbox, it endows the Tiguan with a 4.9sec 0-62mph time and 155mph top speed.

At a stocky 1,746kg it’s almost 200 kilos heavier than a Golf R (and even the titchier T-Roc R crossover), but there are plenty of mechanical tweaks to try and replicate the R experience. There’s a torque vectoring system incorporated into the rear axle, 10mm lower (and actively damped) suspension, 18in brakes tucked behind 21in Estoril alloy wheels… it’s a proper job they’ve done. You can even spec an optional Akrapovic sports exhaust. Crikey.

It feels like a proper R inside, too. A pair of hugging sports seats sit up front, trimmed with fabric and Alcantara rather than the obvious (and often less pleasing) leather, while an R button on the steering wheel shortcuts you straight to Race. Which is the, um, raciest of seven different driving modes (including off-road settings we’ll be amazed if you ever use). Anyone upgrading from a Golf R will feel immediately at home in here. Just a little higher.

It’s actually just one prong of a hugely expanded R range, sitting between the T-Roc R and Touareg R if you want yours to be an SUV. The Golf R has been a true everyday performance hero of recent times – time to find out if the taller Tiguan R is a satisfying next step…

“Judge it as a taller, fatter Golf R and it's very good. But it's flawed family transport”

It’s a curious car this, and one not short of talent. That Volkswagen’s R team have made a 1.7-tonne SUV handle this sharply and replicate most of the Golf R’s talent (if not all of its engagement) deserves praise.

They’ve ended up with a firm and thirsty car as a result, though. Fine if you’re not buying this for family duties, in which case its stiff suspension will likely be less of an issue. But if that’s you, perhaps you’re better directed towards the smaller T-Roc R crossover.

Or better yet, the daddy of this sub-brand, the Golf R. While R’s huge expansion in recent years is a welcome sign the performance car still has a future, perhaps not all of the directions it’s branching out in feel entirely natural.