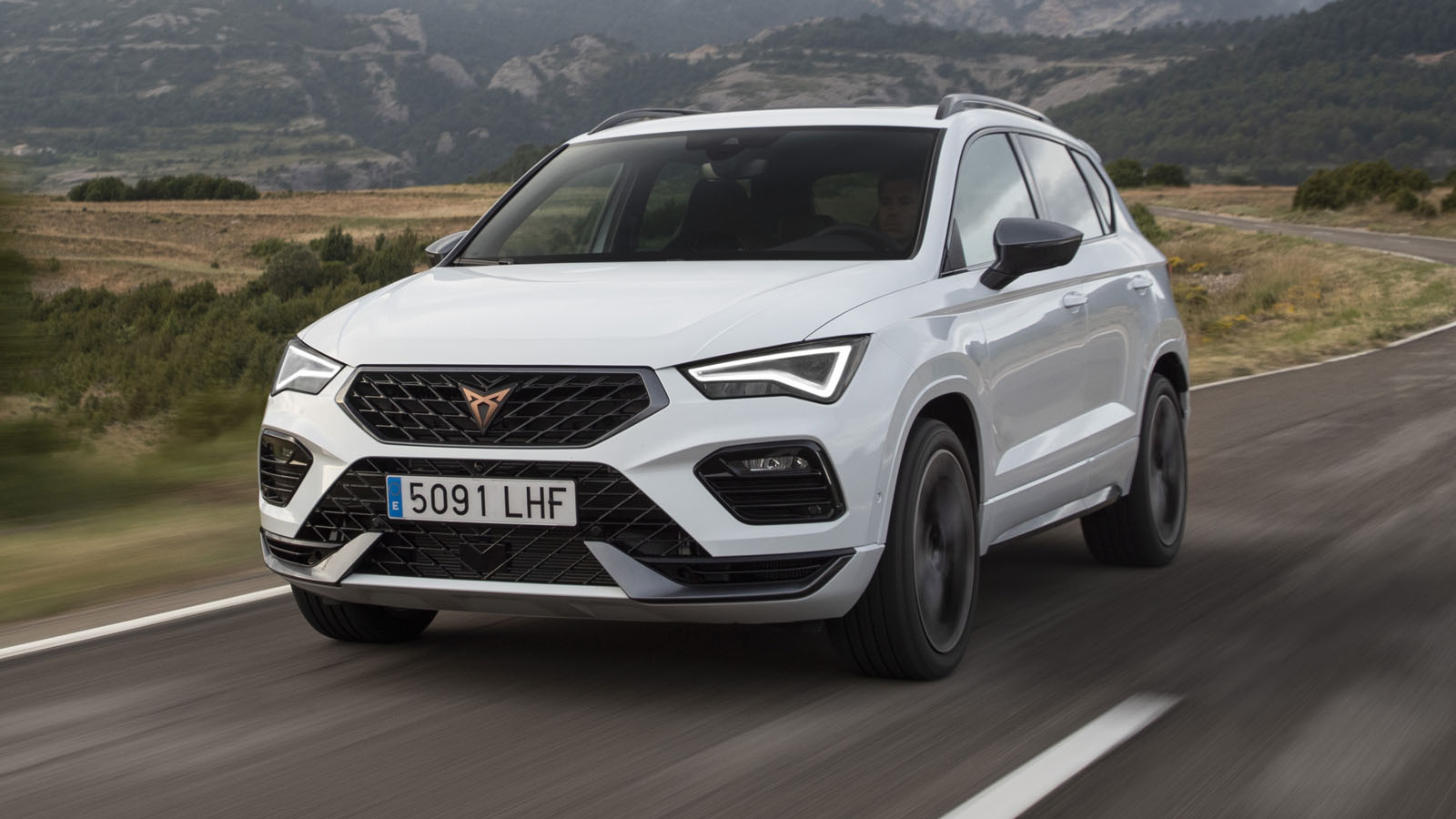 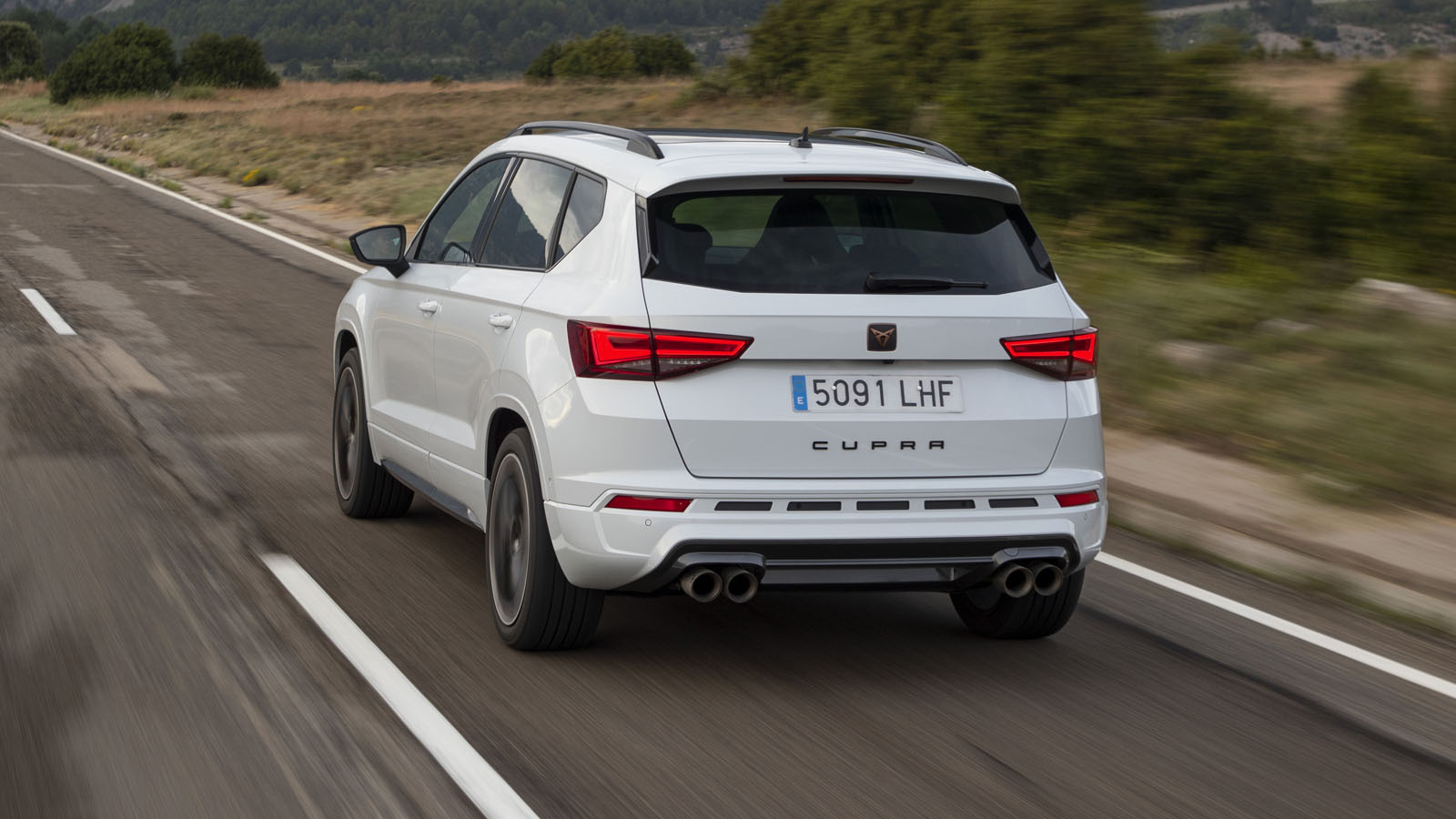 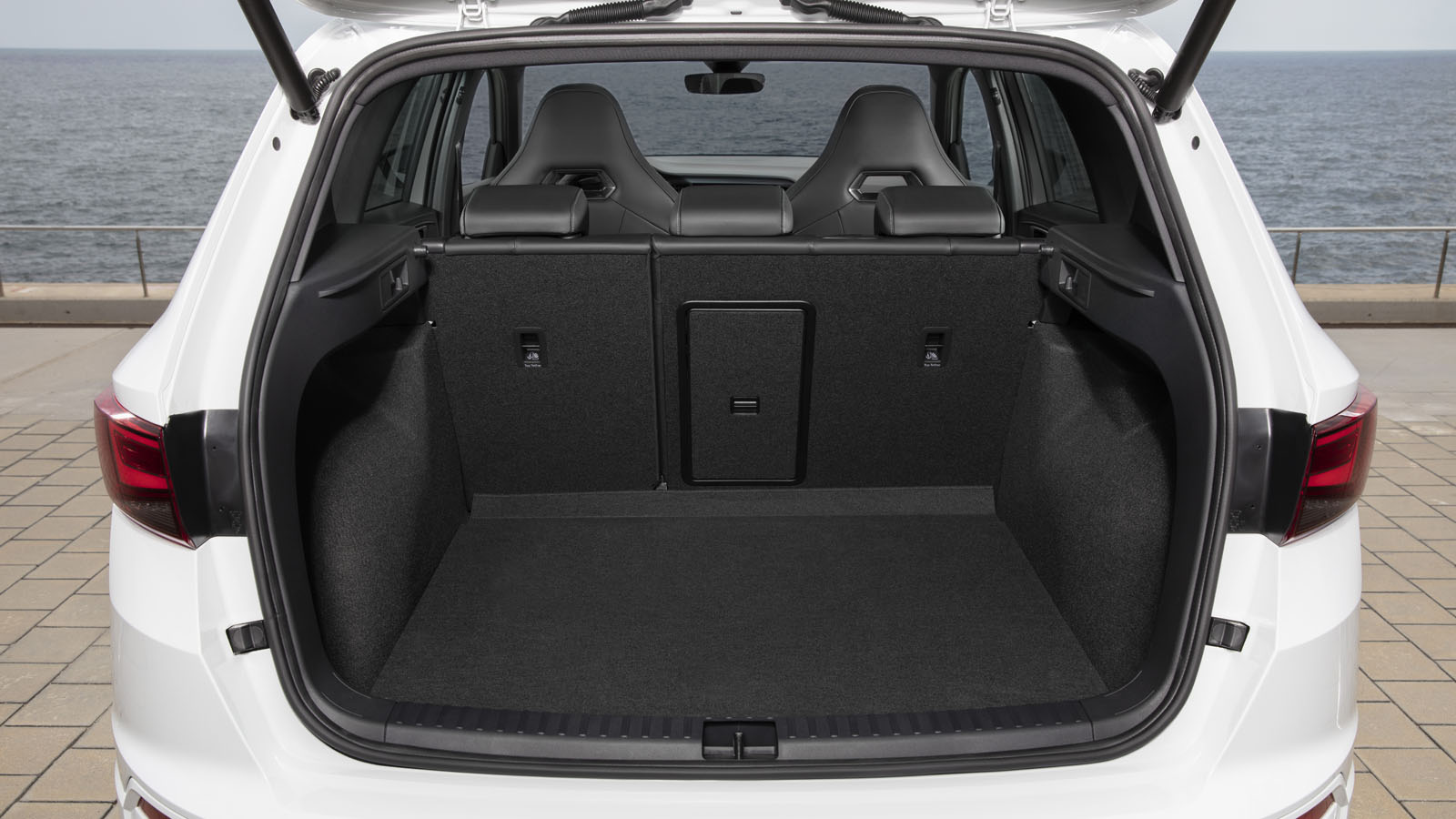 1 / 7
Advertisement
“Cupra Ateca is quick, practical and handles pretty well. But suffers in comparison to its younger, smarter sibling ”

Infotainment isn’t easiest to use, Formentor is more stylish

Cupra undocked from the Seat mothership and became a brand in its own right a couple of years back. Of course it didn’t suddenly start building cars from scratch. It may have swapped the Seat badge for one resembling a dubious tattoo, but underneath the brand veneer most of its cars so far (with the notable exception of the Formentor) are adrenalised versions of Seat’s regular showroom models.

Take the Ateca, the first car to wear a Cupra badge. To Seat’s best-selling and generally excellent five-seat crossover Cupra added a 2.0-litre turbocharged petrol engine – you know the one from literally every other fast VW Group thing – making 296bhp and 295lb ft. All-wheel drive and a quick-shifting seven-speed dual-clutch automatic gearbox means it does 0-62mph in an amusing 4.9 seconds and tops out at 153mph. Obviously the chassis has been beefed-up to cope with the extra oomph – adaptive damping is standard, and you can spec mighty 18-inch Brembo brakes.

2020’s facelift brings no game-changing mechanical alterations, which is fine. New bumpers, LED lights and, inside, more modern infotainment are the headline updates. It’s the same facelift Seat gave the normal Ateca at around the same time. Click on these blue words to read our review of the standard car.

When it was launched the Cupra Ateca cost £35,900 in basic form. Which wasn’t too bad at the time because when you looked at the Venn diagram of price, proportions and performance, the Ateca lived in a little world of its own. To get vaguely comparable speed and power from any other medium-sized SUV, you had to spend £50k+ on a Porsche Macan S or an Audi SQ5.

But now it costs nearer £40,000. And there’s more competition. Mainly from within the Volkswagen Group itself, in the form of the Volkswagen T-Roc R, Tiguan R and Audi SQ2 (which is on the smaller side, but still very much there in performance terms). But also from the more expensive still Mercedes-AMG GLA 35, BMW X2 M35i and Mini Countryman JCW. Then there’s the elephant in the room – the Cupra Formentor.

So how does the Cupra measure up against the newer competition? 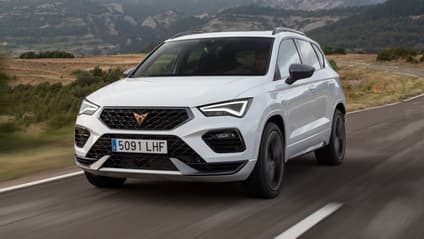 “Cupra Ateca is quick, practical and handles pretty well. But suffers in comparison to its younger, smarter sibling ”

The Cupra Ateca is a quick and capable crossover in the oversized mould of a hot hatch. Neatly engineered and competent, it’s a practical and swift family car. Not the most engaging, but fun enough to pedal along a B-road once you’ve dropped the kids off at school. We like it.

It’s pretty subtle, too, with few clues beyond the big wheels, quad-exhausts and badge (which the Great British public still seem to struggle with) that it has almost 300bhp and will do 0-62mph in under five seconds.

But that subtlety could prove problematic. Unlike the Ateca there is no Seat version of the newer Formentor, so its silhouette will be a rarer sight on Britain’s roads. Plus it’s sexier-looking, feels more modern inside, is still plenty practical and costs a similar amount of money.

Then there’s the T-Roc and Tiguan R, which have the benefit of a recognisable badge… 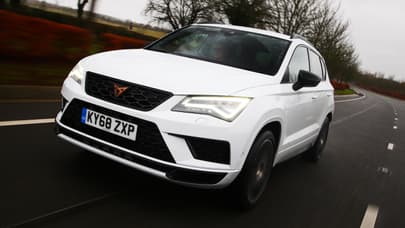