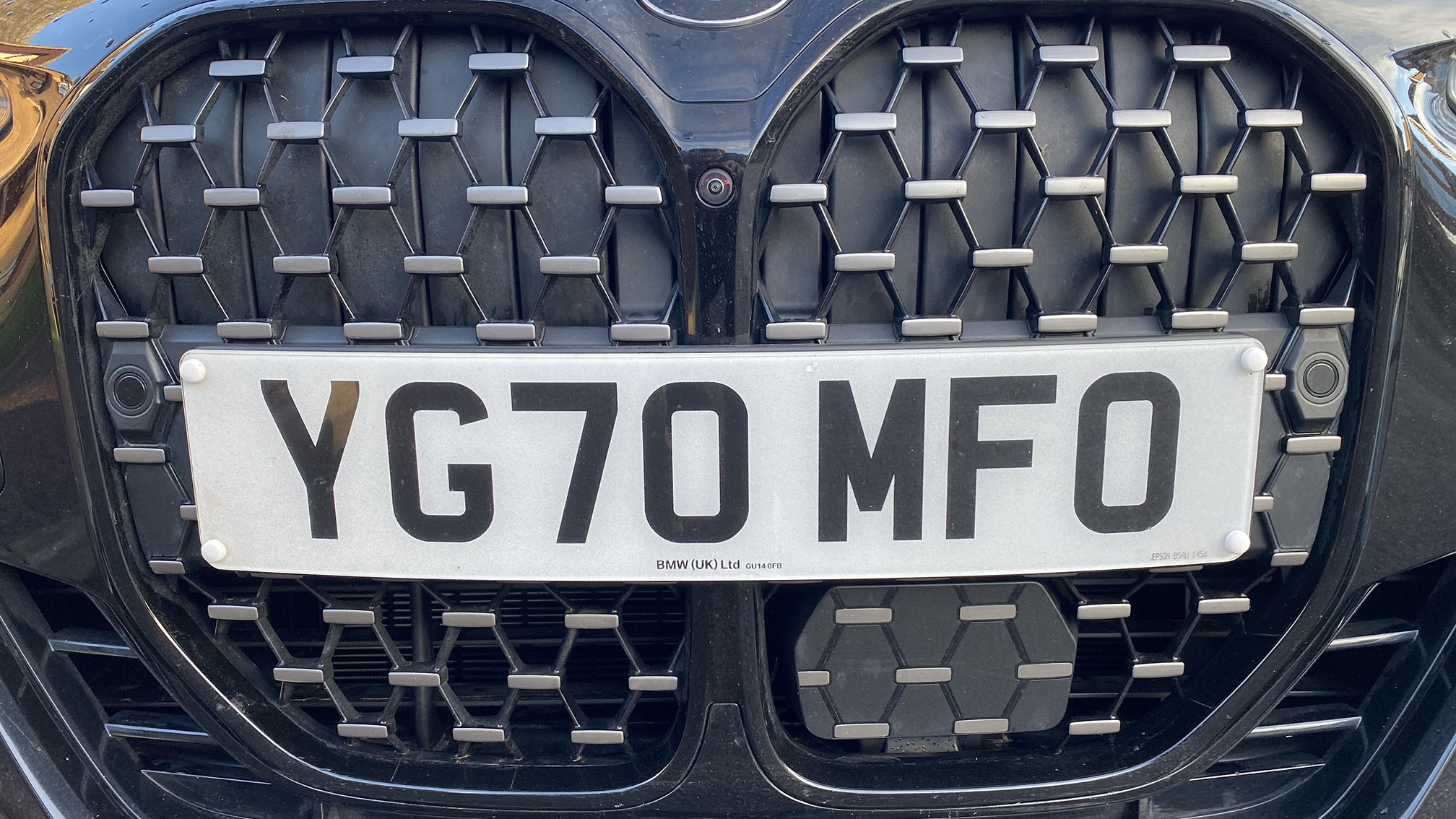 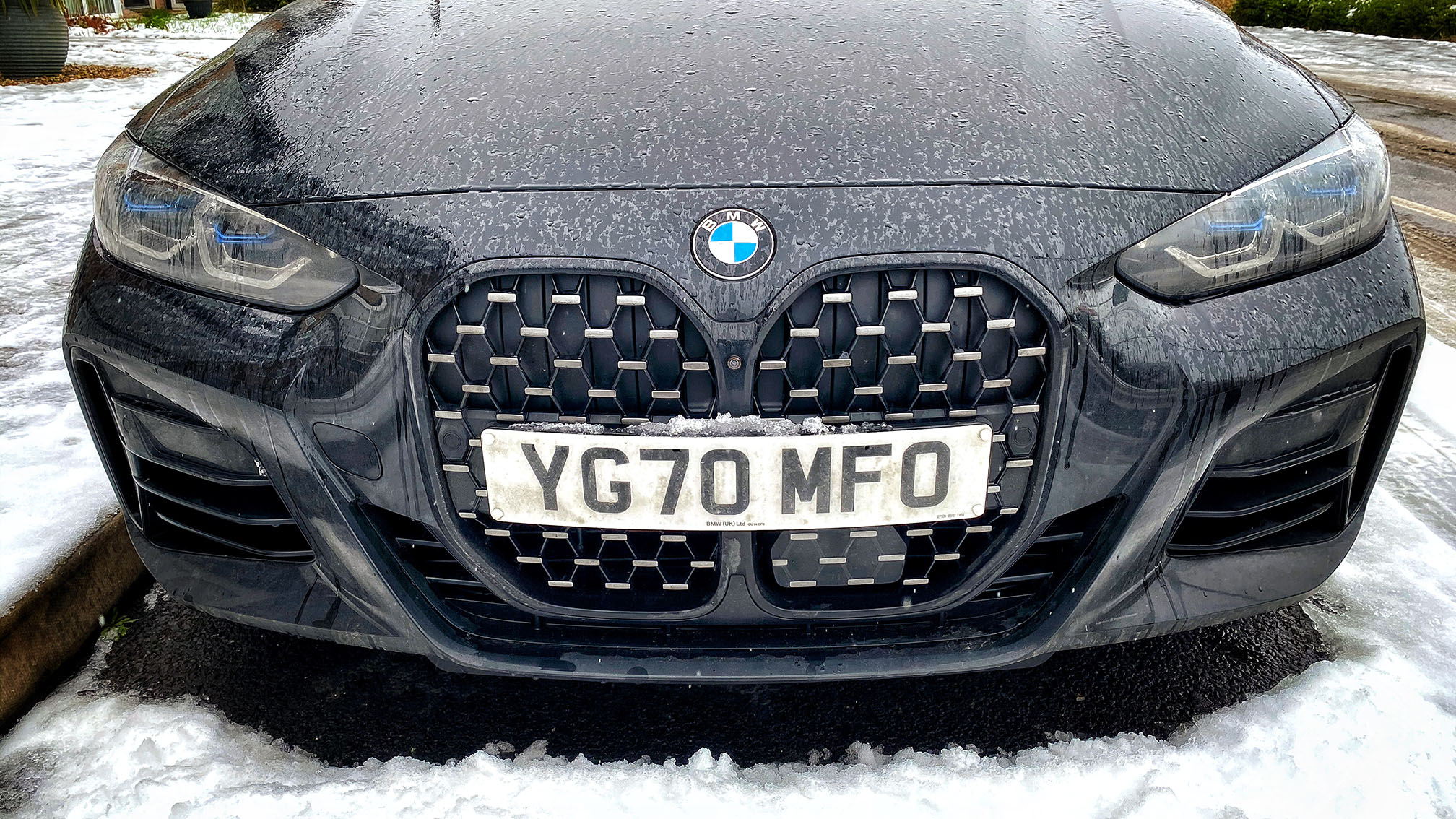 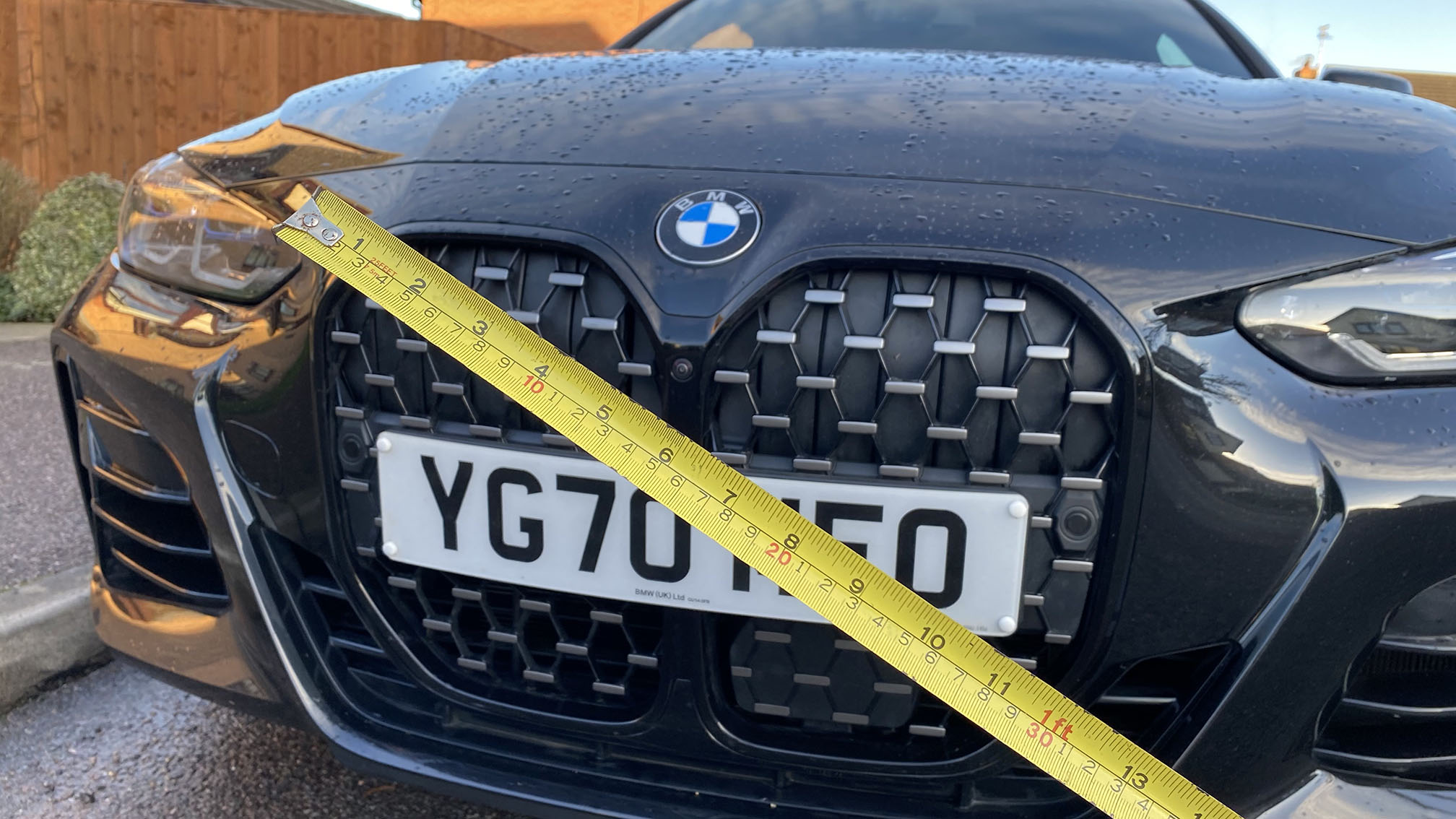 How much GRILLE does the BMW 4 Series Coupe actually need?

Yes, we are going to talk about The Grille. And we’re going to apply science and some amateur-hour maths.

Three months in, apart from one bloke gurning a grimacing face at me in a supermarket car park as if to say “you think THAT is good-looking enough to have bought one? Deary me, mate”, The Grille has made no difference to the day-to-day experience of living with the new BMW 4 Series. The Grille has not ruined my life.

Obviously the murdered-out spec is a canny one by BMW, because especially in winter this car is as invisible as Harry Potter in the girls’ changing rooms. It melts inoffensively into the grime and greyness. So, there you are: if you’re planning a neighbourhood watch campaign of shock-and-awe, forget it. No-one outdoors seems to care that about the 4 Series and its elephant seal face.

It hasn’t grown on me though, and I think I’ve worked out why. How much of The Grille do you suppose the M440i actually needs? Well, suppose no longer friend, because being a geek with a little too much time on my hands in Lockdown 3: With a Vengeance, I’ve broken out the tape measure and applied some Top Gear Maths to this theory.

The beavers teeth up front there measure 44cm tall, by 65cm wide. That’s about 17 by 25 inches if you only speak American.

Now, because this is an irregular shape and my mathematics GCSE was the most tragic waste of time committed to paper since Tommy Wisea wrote The Room, I’m not going to spend all day accurately nailing down the exact perimeter and surface area of The Grille. Let’s guesstimate it to be about 2,800cm squared, in total.

Down the bottom, a 135cm squared panel is sacrificed to the adaptive cruise control radar. I’ve been hugely impressed at how weatherproof this system is. I’ve driven the M440i in rain, sleet, hail and snow, and along muddy back roads near my house that look like the set of 1917, and never had a warning bleep to tell me the sensors are obscured and the tech is off limits. Meanwhile, a Tesla Model 3 I borrowed before Christmas was so flummoxed by a spot of light drizzle it cancelled Autopilot completely. Self-driving cars, eh?

Next up, a thick blanked-off horizontal bar carries the UK-mandatory numberplate, and the parking sensors. This eats up 756cm squared.

You’ll notice The Grilles don’t quite meet in the middle: there’s a nasal septum inbetween that cradles the front parking camera. No complaints here: BMW grilles should always be two separate orifices. It’s one of the car world’s most defining design traits, copied by heaps of 1990s Nissans, and the DFSK Loadhopper van. Worth a Google, that one. Shameless.

Now, above the registration plate, we find the mesh is indeed all open and menacing, but immediately behind the silvered framework are the motorised venetian blinds of BMW’s active shutters. These are supposed to remain closed when to reduce drag, only opening when the 3.0-litre turbocharged six needs a gulping lungful of cooling.

Now, I know it’s been a chilly winter, but I’ve enjoyed plenty of spirited drives in the M440i. I’ve pressed the Sport Plus button. I’ve climbed out drunk on dopamine, smelled sizzling brakes and heard the exhaust tinging and pinging like Sir Killalot gargling popping candy.

And yet, at no point do these grilles ever seem to open. I stop the car and sprint to the nose, hoping to catch sight before they snap shut, but so far as I can work out, this car is so thermally efficient it never needs to open the aerodynamic floodgates. And that means 1040cm squared of prime grille is only there for show almost all of the time.

Added up, about 1900cm squared of the Em-Four-Forty’s schnozz is blanked off, covered up, and coming along for the ride. 67 per cent of The Grille is nonsense, upsetting BMW enthusiasts at Lidl. Two-thirds!

But clearly, neither my fellow shopper or I are the sort of folks BMW are bothered about pleasing, these days…

Coming next time: How many square inches of leather seat does your arse actually need?