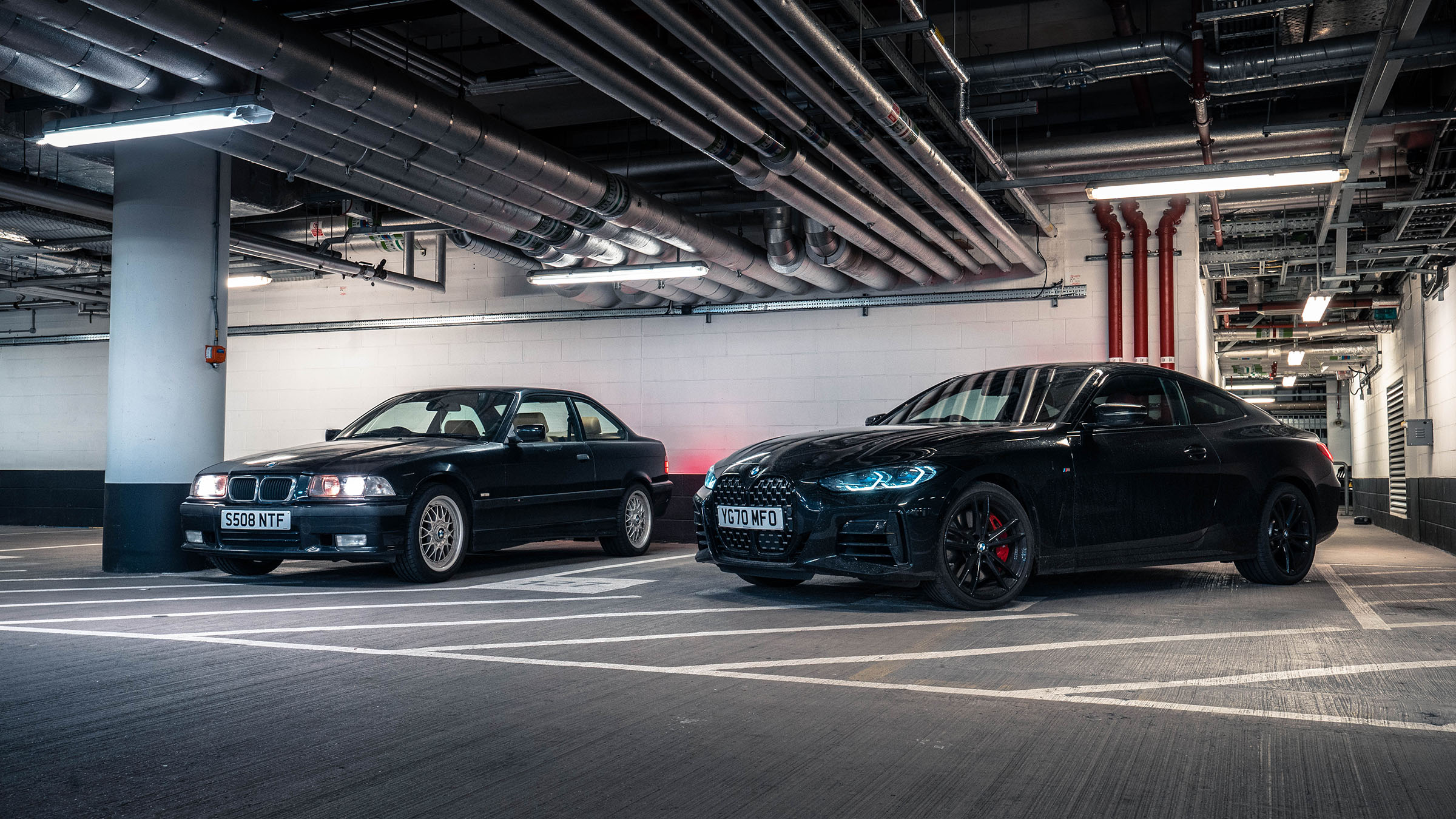 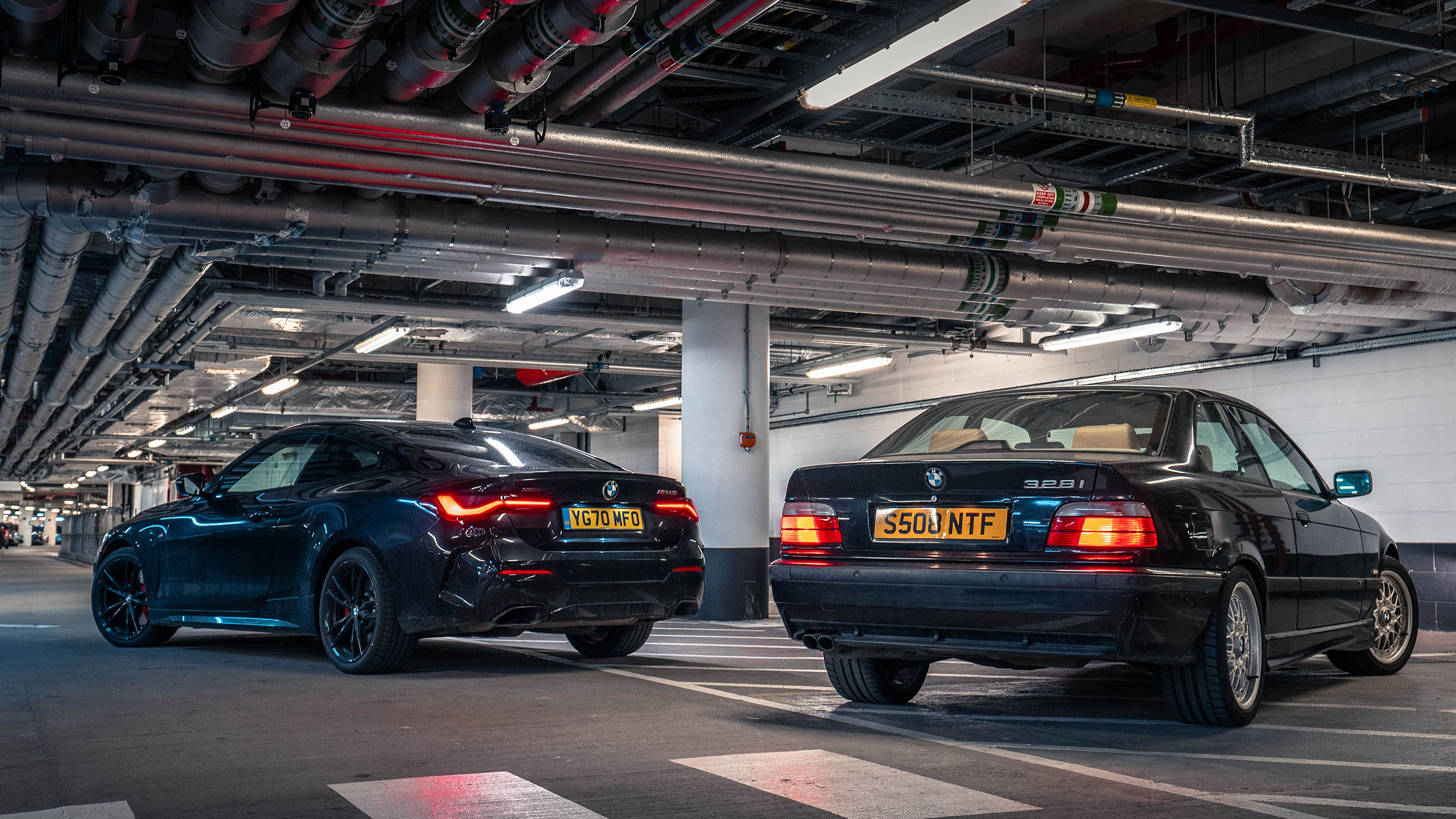 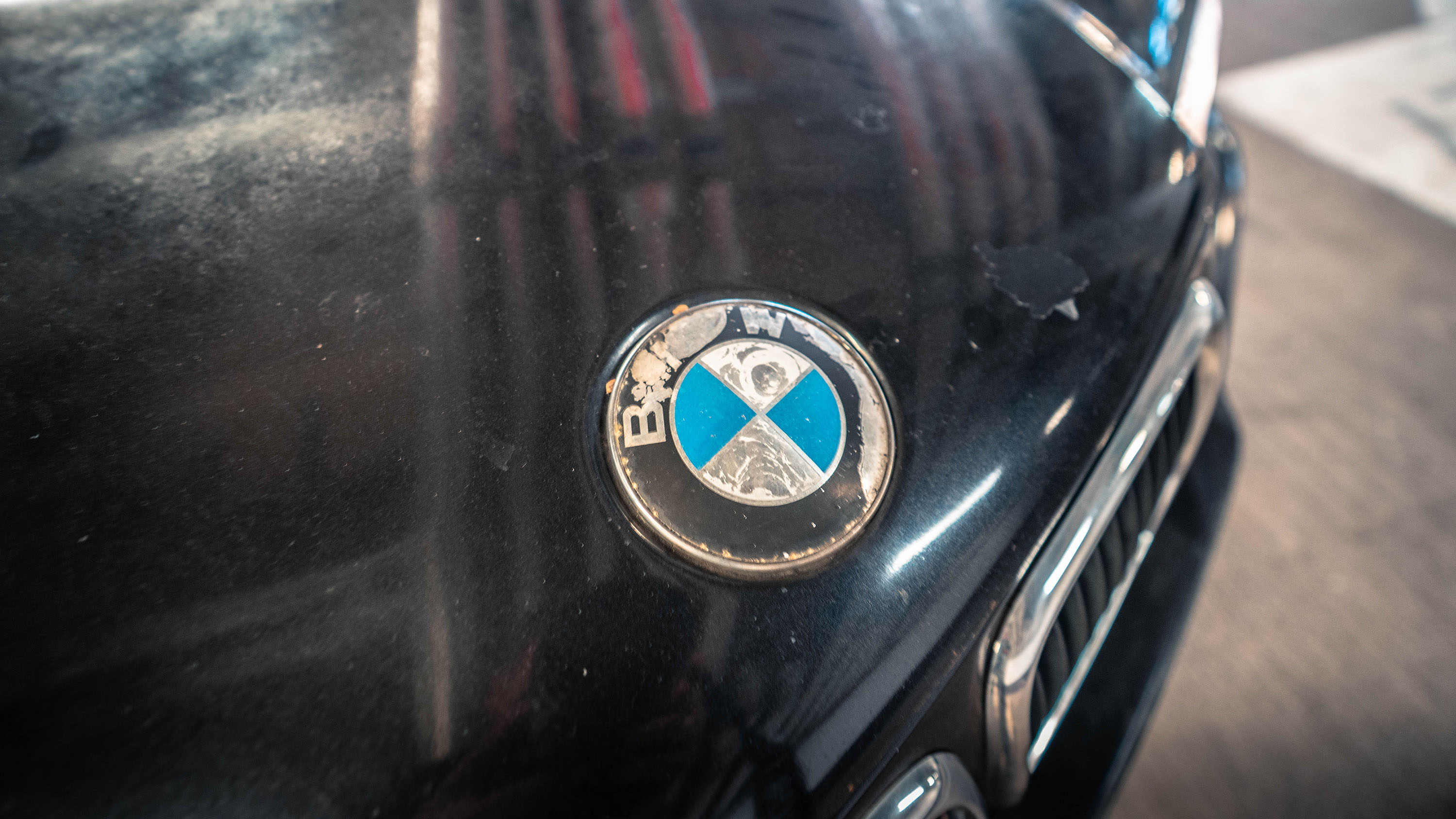 Will the new 4 Series age as gracefully as older BMWs?

Ollie Kew: Ahh, the actual, physical Top Gear Garage. Haven’t been down here much recently. How I’ve missed the damp walls, the dusty bike racks, and the savage speed bumps which make even a Rolls-Royce jolt as if a landmine’s been detonated under each tyre.

Vijay Pattni: Yes, Ollie. Y’know, most people usually book a meeting room or head for the coffee counter if they want a work chat...

OK: Vijay, if you’re wondering why I’ve summoned you down here – and I suspect you probably are – it’s because I’ve got a quandary. After six months with the new BMW 4 Series, my respect for it as a piece of engineering is boundless. It’s so crushingly complete, everyone else who makes a coupe might as well pack up and go home. Except… I don’t yearn to own one. As you’re the owner of this very fine grandfather to the M440i – a 1999 straight-six powered BMW E36 328i – why do you think that might be?

VP: The reasons are possibly many, varied and nuanced. But for starters, that 440i doesn’t have the ‘relaxed predator’ gait earlier BMWs majored on. More like ‘enraged beaver’. The rear is an ocean of uneven surfacing. From some angles, the flanks look like a T-1000 trying to escape from the doors. I counted six creases on the bonnet. And even a true enthusiast would struggle with whatever BMW is calling that thing on the nose, because it ain’t a kidney grille anymore, that’s for sure.

OK: The E36 was a huge departure from the styling of the E30, mind. Bigger and fatter in every sense.

VP: Deploying my standard-fit rose-tinted spectacles (free with every purchase of an old BMW! Get them while stocks last!), the E36 wasn’t meant to provoke, or confront, or stand-out. Quite the opposite.

OK: So the 4 Series is a lightning rod? A styling troll?

VP: According to BMW. Their design boss told me a 4 Series wants to stand out, so the new one’s got bolder to answer that lust, just as the E36 grew to accommodate the equipment and space being demanded in the Nineties. Do you not want equipment, or do you not want to stand out?

OK: The latter. Can’t fault the new 4er’s gadgets. I think the £1,500 laser lights are probably overkill and the gesture control was switched off in week one, but otherwise, it’s a fast-reacting, ergonomically-peerless office-cum-lounge to travel about in, doing almost 40 to the gallon. Can’t imagine your pride and joy is that kind on the wallet…

VP: True, my wallet and my 328i aren’t exactly on speaking terms, but neither have they called time on the relationship. It’s a little thirsty (a mid-Nineties 2.8 is never going to be frugal) and things tend to fall off a bit more on 22-year old cars. But on the whole it’s just so easy to live with. That engine is very laid back, it’s got great motorway manners, it’s comfortable, spacious (for a coupe), and solid. At least when the OBC doesn’t throw up a ‘BRAKE LIGHT CIRCUIT’ warning message…

OK: I’ve not had a single warning light, iDrive never bricked itself, and the M440i is one of the only cars I’ve driven which seems oblivious to bad weather. In sleet, snow and sunshine, the radar cruise and lane-keep assist never flash up a ‘sorry, on strike now’ error.  And round we go again: I can’t fault this car: not as a drive, not as a luxury GT, nor an everyday motorway moocher or an office. It's awesome.

It is definitively the best premium coupe. Same goes for a basic 420d or this flagship. I just wish it was, well, cool. Like yours. Go on, tell me I’m in no position to judge what’s cool or not. Go on.

VP: I’ve seen some of the t-shirts you wear, so… yeah. I’ll agree with you that the 328i is the Best Car Ever Made (which is exactly what you said, right?), but perhaps in another 22 years when we’re being driven by bland econoboxes or whatever, we might look upon this 440i and think, ‘actually, that’s cool’, in the same way we look at Bangle-era BMWs and think the same. Or maybe not.

OK: Nicely put. So, in short folks: buy a 4 Series. You’re getting the best car in its class. You just might be waiting a while for society to appreciate it like you do.

Back to: Report 7
Advertisement