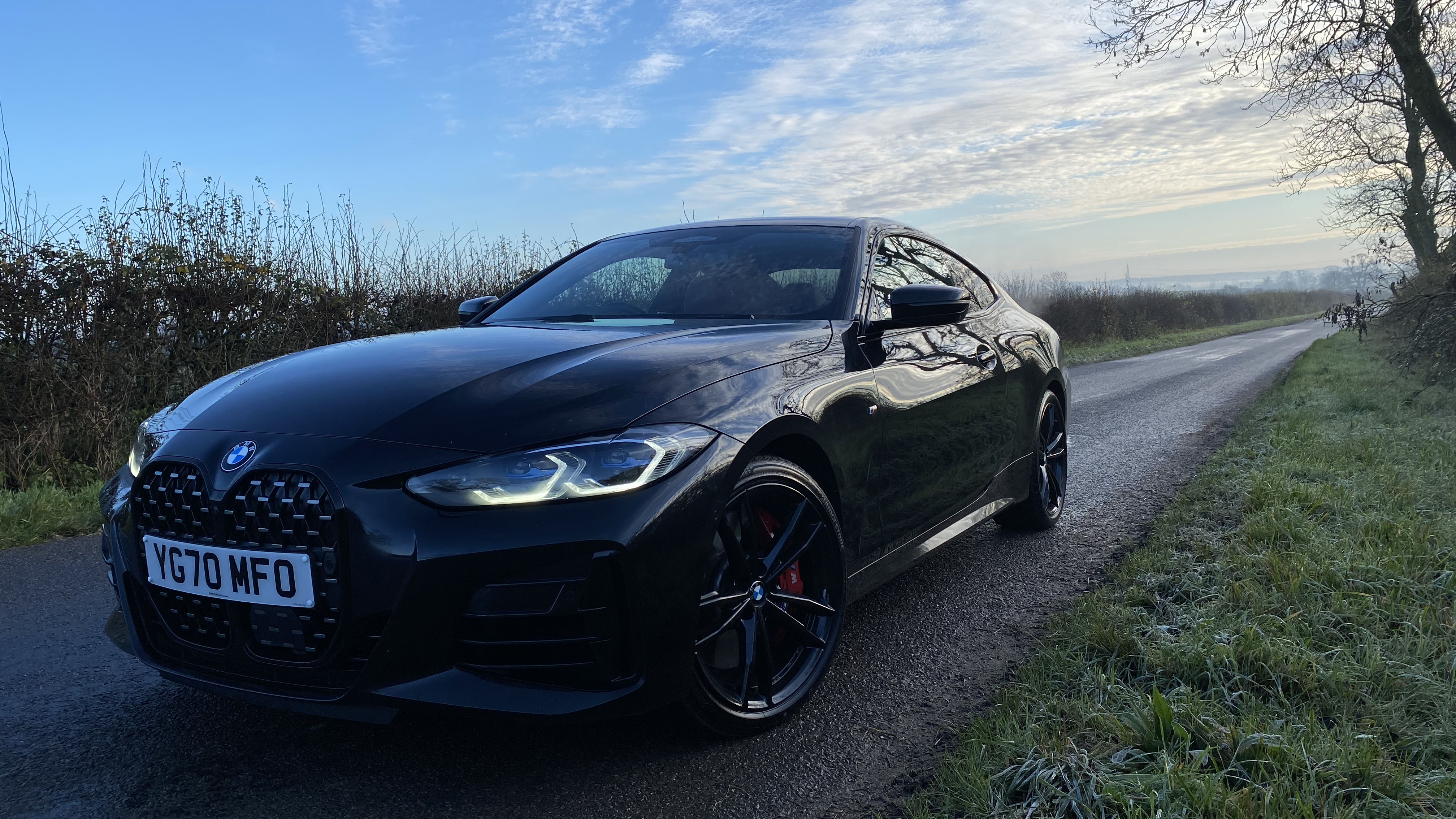 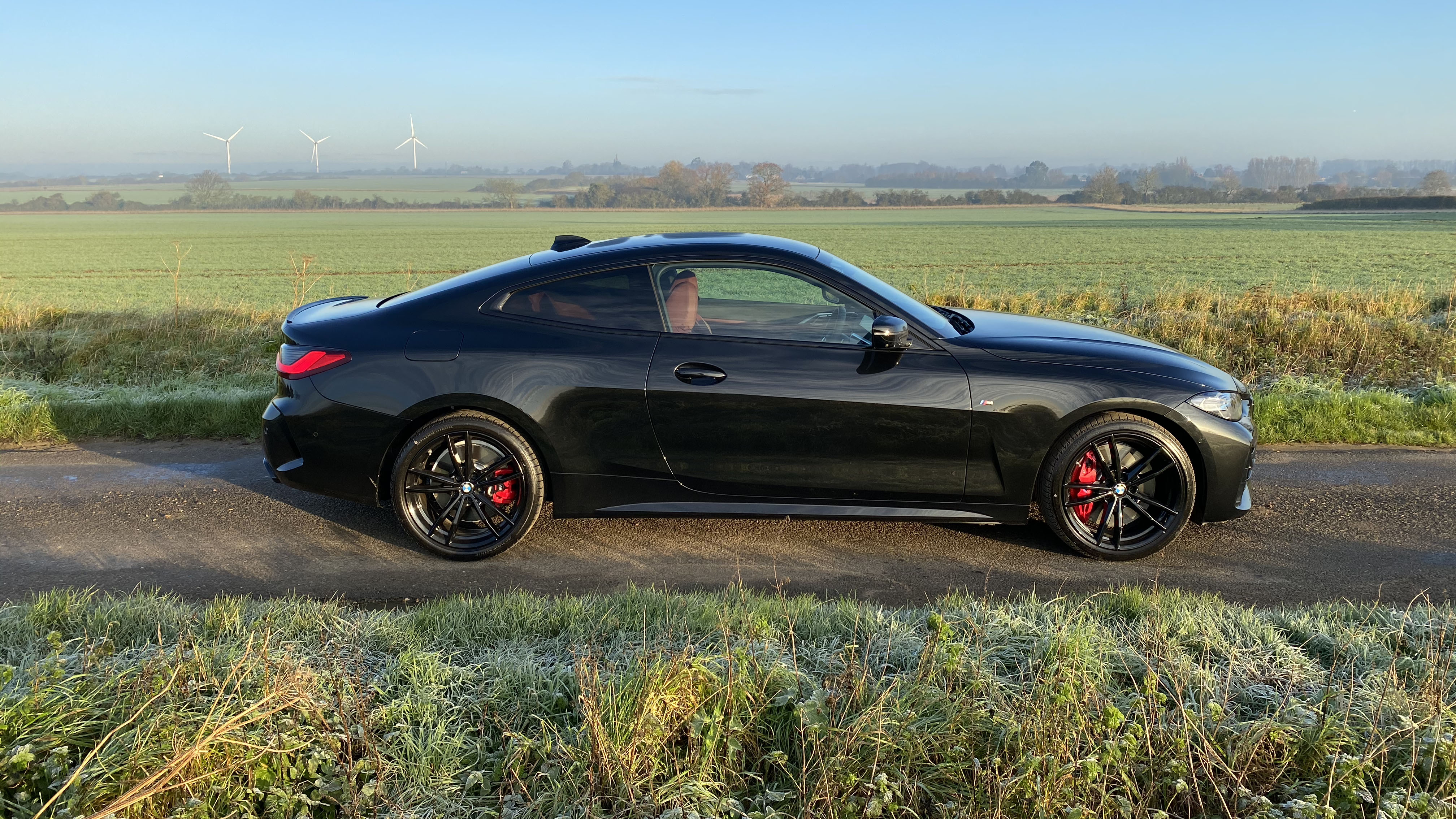 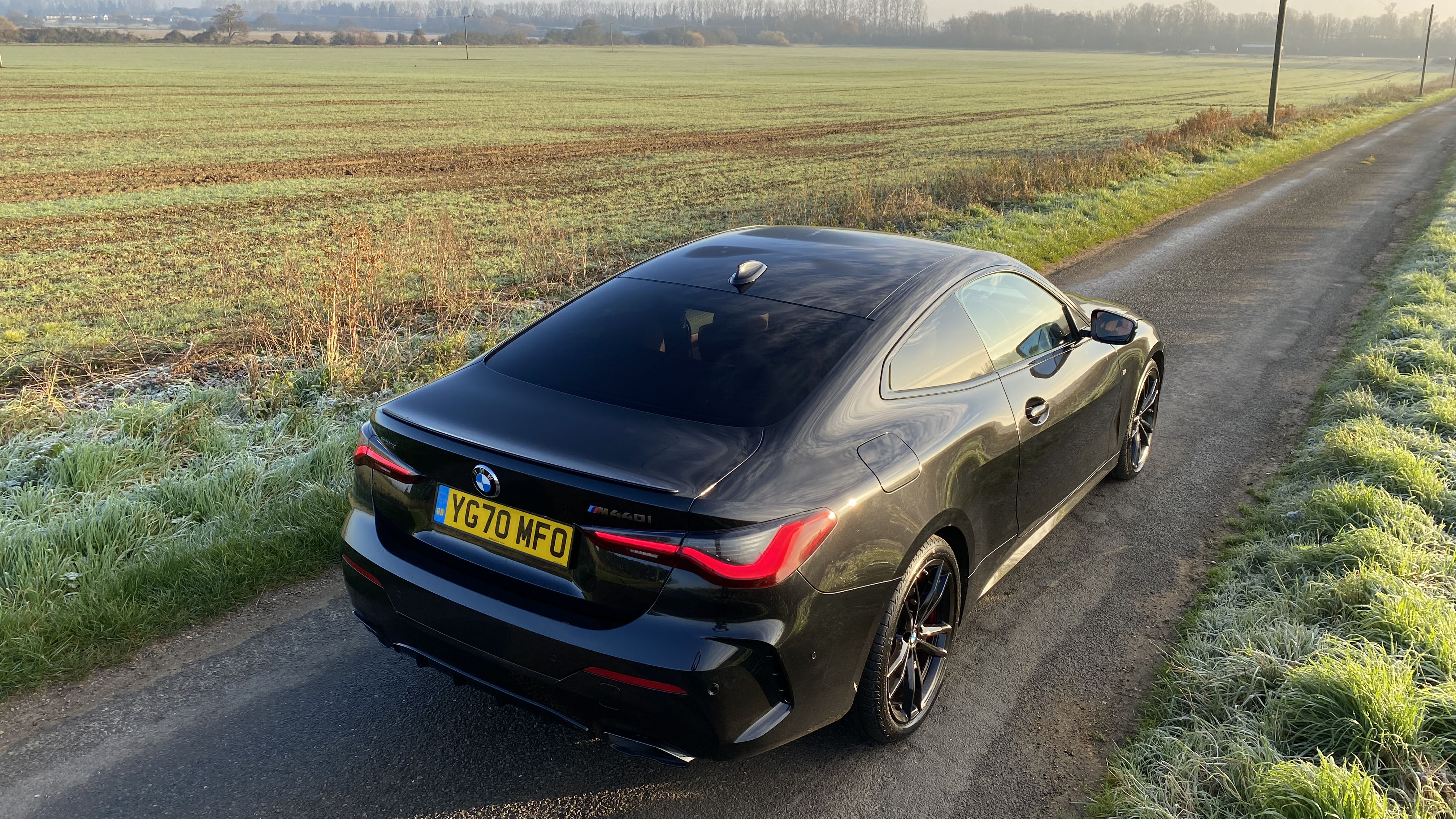 An introduction to the Top Gear BMW M440i Coupe

I’ll let you into a dark secret. BMW chose the spec of this new 4 Series.

And don’t you think it’s interesting that for its new coupe – a car which surely sells on looks ahead of all other practical and sensible criteria – it chose a combination that’d make even Bruce Wayne say “hmm, bit murky isn’t it Alfred?” Why on Earth might BMW have done that?

You’ll probably have made your mind up about the new 4er’s looks. I had. I thought it was the most unforgivably hideous car launched this century, a hall of infamy inductee joining the Ssangyong Rodius, Pontiac Aztek and Subaru Tribeca in the internet’s all-time list of fugliest front ends.

And then this Black Sapphire Metallic M440i arrived, complete with the £500 Black Shadowline Package, which darkens the 19-inch wheels, That Grille, and even the light lenses. Suddenly the retching stopped. In this intensely menacing spec, I sort of get what BMW’s designers were aiming for. In this spec, the 4 has a brooding, muscular presence. It’s not pretty, but is it cool? I think it might be.

They say the four stages of grief are shock, yearning, despair and acceptance. So, has my anguish for the tragic passing of BMW’s good taste been fixed? In this spec, I reckon so. Maybe the 7 Series should only be sold in black. And the X4. And the iX. But show me a white 4 Series with a silver grille and I’ll be back to weeping over my candlelit shrine to the E46 M3.

Speaking of M cars, this M440i… isn’t one. But it’s remarkably close. Like the imminent M4, this range-topping ‘M Performance’ 4 Series offers a 3.0-litre turbocharged six-cylinder engine (albeit with one puffer instead of two), which spins a rear-biased all-wheel drive system through a standard eight-speed automatic gearbox. Now it’s shunned RWD and a twin-clutch gearbox, the new M4 is gonna have to go some way to stand apart from this low-key enemy within.

With 369bhp (11bhp of which comes courtesy of a 48-volt hybrid boost – the M440i is the only petrol 4 Series to benefit from the electric crank motor), BMW claims this nearly-M car can do 0-62mph in 4.5 seconds, but a quick visit to YouTube shows stock M440is getting there in three-point-something.

Yep, it’s faster than the outgoing M4, thanks to AWD traction. And yet, just as subtle as a new 420d. As long as it’s specced in black-on-black, at night.

The bodywork might have been toned down more than a milky korma, but our 4er’s interior has had the kitchen sink lobbed at it. Cue Attack of the Packs.

The Comfort Plus pack costs £1,950 and throws in keyless entry (so far foolproof), a powered bootlid (utterly lazy) and a heated steering wheel which warms up automatically when the temperature drops below 8 degrees. That’ll be doing overtime until May. Comfort Plus also adds electric seats and some extra oddment stowage netting.

Then there’s the Visibility Pack: £1,500 in return for intelligent beam-dipping laser lights. Ironically, the Shadlowline Pack means the lenses are tinted darker. Meanwhile, the laserlight cluster’s blue inserts have alerted my neighbours to the possibility I may be an undercover cop. Parking’s never been easier.

Finally, the M440i groans under the weight of the £3,650 Technology Plus Pack. This basically ensures top-of-the-line iDrive and infotainment from the 8 Series and X7 is transplanted into a two-door 3 Series. I’m already considering disabling the gesture control.

What I want to know is if BMW’s heavy-handed approach to grab some coupe headlines, as two-doors swim against the SUV tide, has gone too far. Will it turn my fellow motorist against me?

Will the tired ‘looks like a drug dealer car LOL’ clichés ever stop? Can I take a single photo without being reflected in the burly bodywork? And is this M440i secretly a better everyday bet than a new M car?

We’ve got six months to find out.