£211,300 when new
Read why you can trust our independent reviews 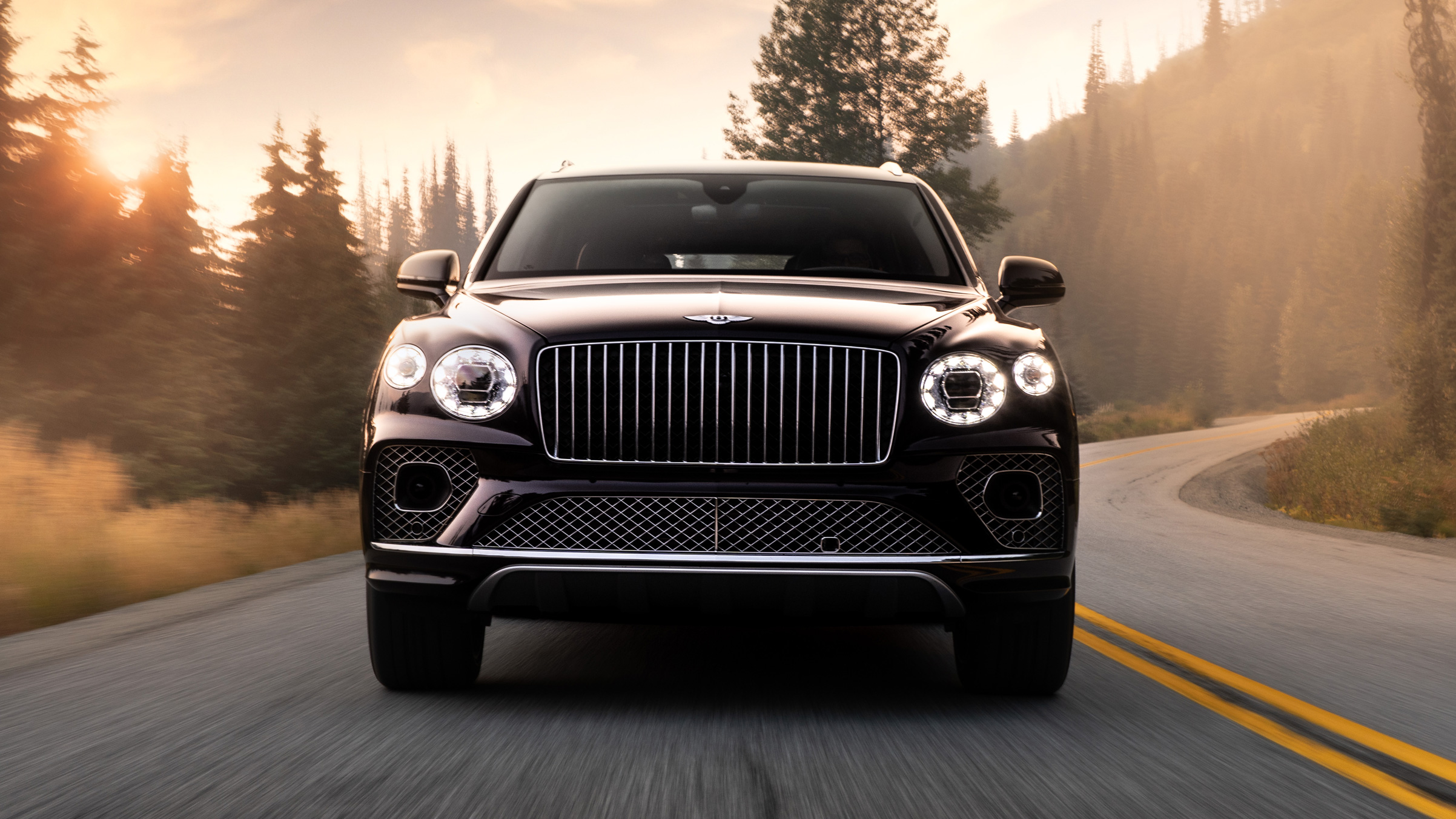 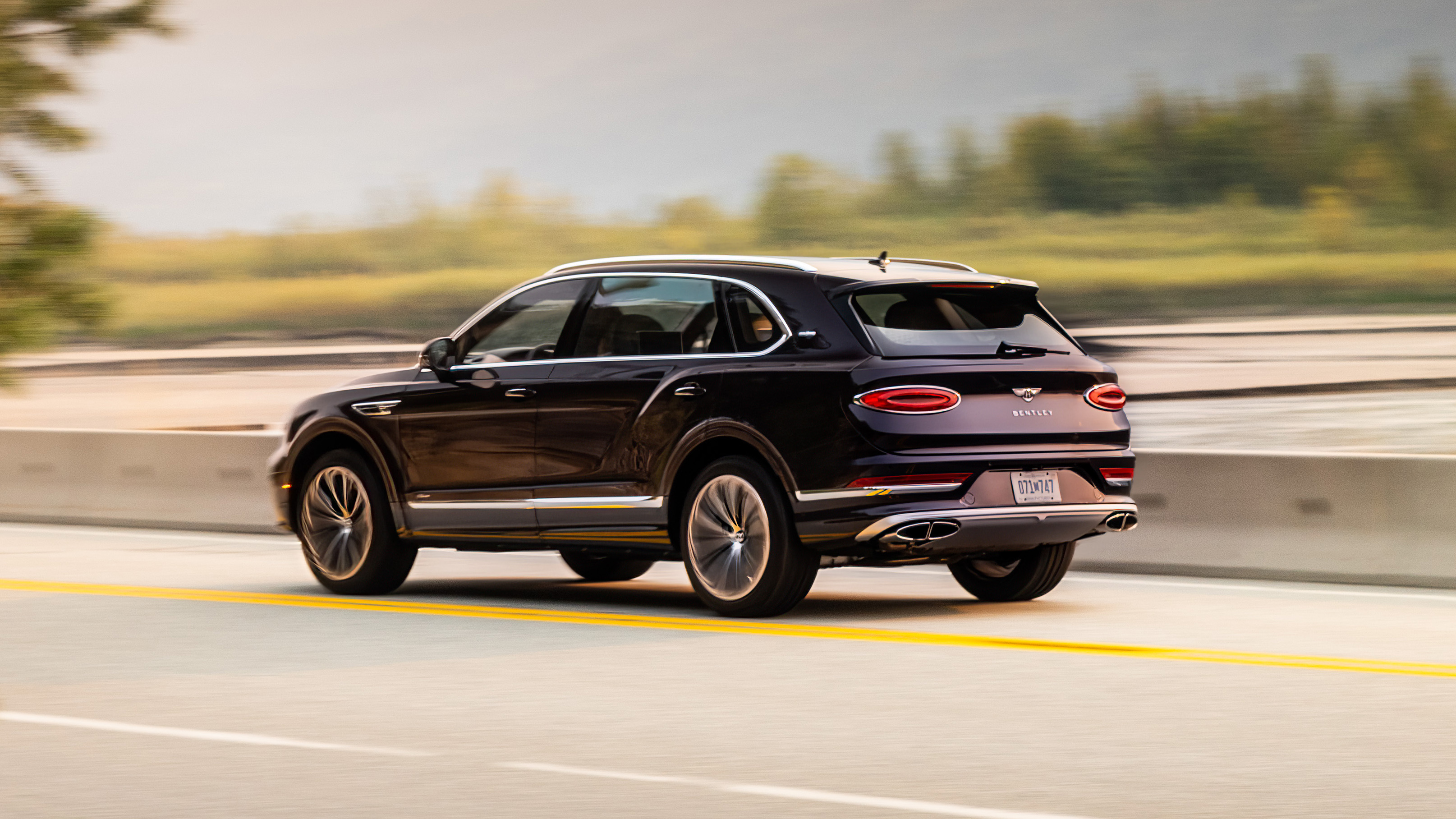 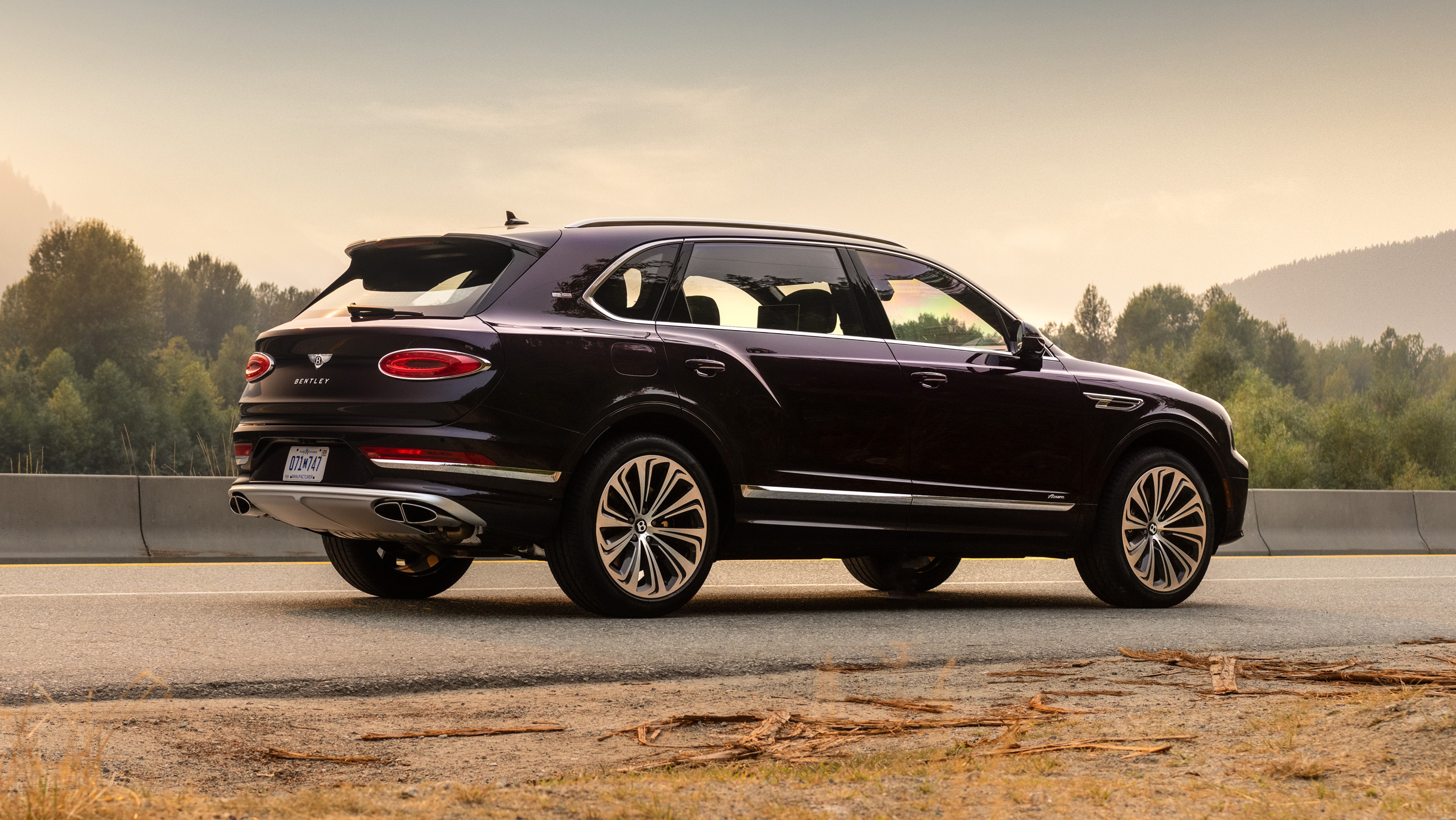 At first glance this probably looks like a slightly longer Bentayga. Give it a second glance and you’ll realise it’s a notably longer Bentayga, namely the new Extended Wheelbase version – EWB for short – which Bentley claims is so new, improved and different, that it constitutes an individual model line all of its own.

We’d argue that it ought to have a different name if that’s really the case, but let’s not worry about the semantics of it all. Because this car is genuinely much more than another seven inches.

That’s how much longer it is?

Yep. There’s another 180mm and it’s all in the rear doors. Give them a proper ogle in the photography above… massive, right? All told, the Bentayga EWB fills 5,305mm of length, which makes it longer than a BMW X7 or Mercedes-Benz GLS. Unlike those – and unlike a regular Bentayga, in fact – there’s no seven-seat option here. The focus is purely on luxury. And a little thing called ‘wellbeing’, which I’ll return to shortly.

So how many seats do I get?

There are three layouts available. A stock five-seater, a ‘4+1’ with a flip down portion between the back seats, and a pure four-seater with £8,395 ‘Airline Seats’. An option that might seem pricey if a long-haul business class return didn’t set you back a similar amount – and here you get to keep the seat. Two of them, in fact.

The whole thing also happens to start at £211,300 before options, with Bentley predicting that most EWBs will leave the factory closer to £300,000 in one of the apparent 26 billion specs possible. That’s getting on for twice the cost of a stock Bentayga before options, but don’t assume it’ll put anyone off. Nearly half of all Bentaygas will now be EWB, meaning it’ll account for a fifth of Bentley’s annual sales. It retains a host of off-road modes, for what it’s actually worth.

The entire underbody is new, which has called for a huge modification to the build hall at Crewe. There are 2,500 new parts introduced on the EWB, and not all of them are purely about extending its length. In fact, plenty arrive to mitigate the effects of its growth. This is the first Bentley with power-closing rear doors, and the first Bentayga to utilise all-wheel steering. Its turning circle is actually tighter than its base car’s – a fun boast for the EWB, but mildly embarrassing for the smaller, supposedly more agile car. Expect rear-steer to filter into the rest of the range next time the Bentayga enjoys a round of updates.

What’s the EWB’s reason for being?

Well, Bentley called time on the venerable Mulsanne limo a few years ago and didn’t immediately fill the void. This is its indirect replacement, arriving at an overlap between “the rise of the luxury SUV and the fall of the luxury sedan”, according to Chris Cole, the EWB’s product line manager. His team benchmarked the Range Rover LWB, Rolls-Royce Cullinan and Maybach GLS in its development and have apparently wowed those back at VW Group HQ with how much comfort they’ve managed to extract from its largest SUV platform.

The focus is all on its epic rear quarters. Those optional Airline Seats are really quite something; they possess 22-way electrical adjustment, much massaging functionality and a recline angle of up to 40 degrees, while new foam inside reduces road vibration by 25 per cent. Then there’s that focus on wellbeing I mentioned…

Developed with a chiropractor, these seats will read your body temperature every 25 milliseconds and apply their heating and ventilation (or even both) to keep you at an optimum temperature. Something you can pre-set yourself should you have a fever. As well as making you feel better, it’s 40 per cent more efficient than if you prodded away at the seat temperature of your own accord. The seat will also oh-so subtly adjust its position throughout a long journey to keep blood flowing in your lower back and legs.

Bentley’s even worked with neuroscientists to ensure your mind is equally soothed. See those diamond patterns on the door trim? They not only illuminate as slinky night-time mood lighting, they’re also exactly the sort of repeated, symmetrical pattern that absorbs stress and woe from our brains.

While my non-neuroscientist brain wasn’t clever enough to decipher quite how any of this worked, I can confirm it’s a truly zen place to be. And whisper quiet, with a touch less engine noise creeping in here than a stock Bentayga. I’ve been in rowdier libraries.

Dare I ask how it actually drives?

You’d be forgiven for never wanting to leave the back seats, but it really is worth it. Thanks to the wonder of all-wheel steering this manages to be a more incisive Bentayga to drive. That’s despite it only coming in Azure or Mulliner specification – the softer, more luxurious trims in the Bentley universe, with a plusher tune of active damping to match.

Yes, it’ll whisper along smoothly and quietly. But it’ll also handle admirably well for its 2,514kg kerb weight and it’s keener than those cars it was benchmarked against; a Range Rover is a bit of a soggy blancmange beside a Bentayga EWB. The steering has some real clarity to it and a standard active anti-roll system makes cornering improbably flat. Once the sportier Bentayga S gains rear-steer it could feasibly live with Cayennes and Uruses, should Bentley feel so inclined.

Holy moly is it quick, too. It launches with the 4.0-litre twin-turbo V8 familiar from VW Group’s poshest SUVs, here producing 542bhp and 568lb ft. It’s just one tenth slower to 62mph than a regular Bentayga – taking 4.6 seconds – and that kind of pace not only feels plausible, it feels like it won’t abate until the EWB’s 180mph top speed. Work the eight-speed automatic gearbox harder (best done with the lever in S rather than using the paddles yourself) and the engine sounds damn good, with some wonderfully mischievous barks on upchanges for those inside and outside the car. Because our emotional wellbeing isn’t always about sitting in contemplative silence.

But the Mulsanne is a legend. Can a Bentayga honestly replace that?

It’s the one area the EWB slightly falters. If you’re craving the tradition of long, magnificent Bentley saloons – epitomised by those Claret-coloured State Limousines you’ll have seen plenty of recently – then the boxier shape of an SUV can’t help but lack grace and decorum. I’d argue the Bentayga is at least more elegant than usual in its extended form, though. And from whichever seat you choose inside the car, such worries can be quickly massaged away. Even if, in bald terms, you’ve paid a fifty grand premium for a bit more legroom. Sharp to drive yet snug to be drawn around in, the breadth of ability on display here is astonishing.