£514 p/m
External link to
with Leasing.com
Read why you can trust our independent reviews
Top Gear Team
Published: 26 Jul 2022
Skip 15 photos in the image carousel and continue reading 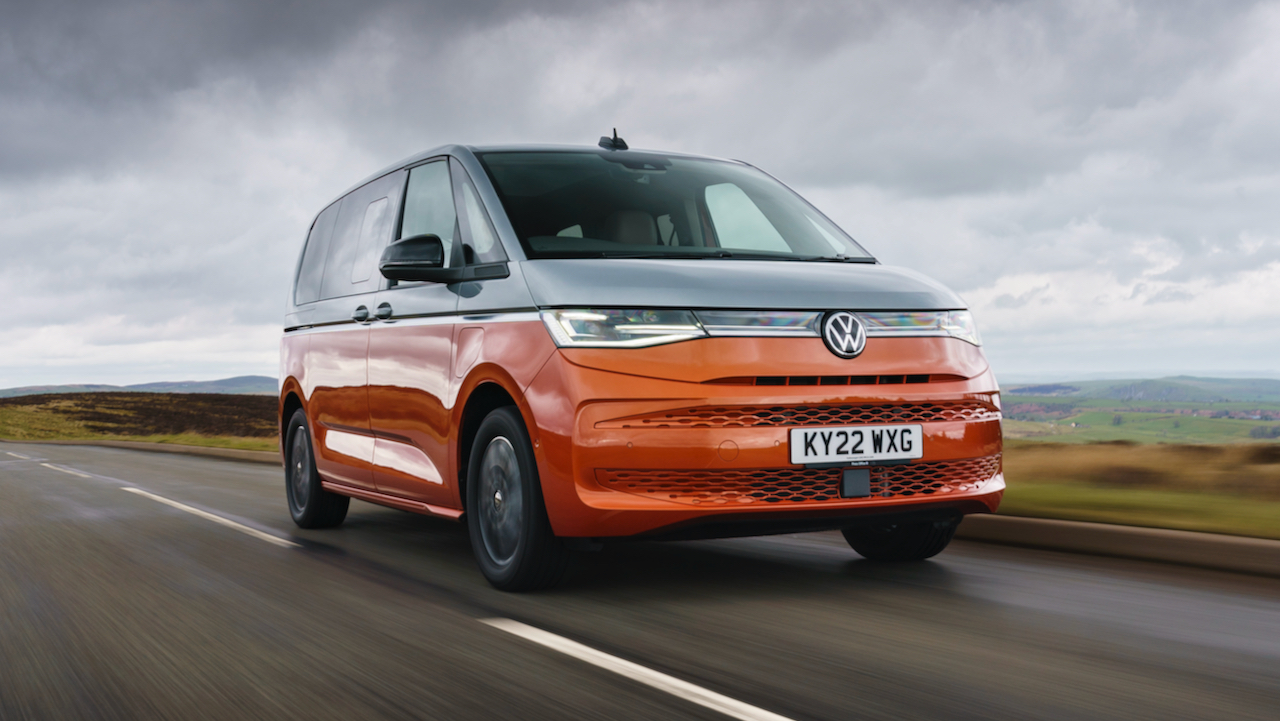 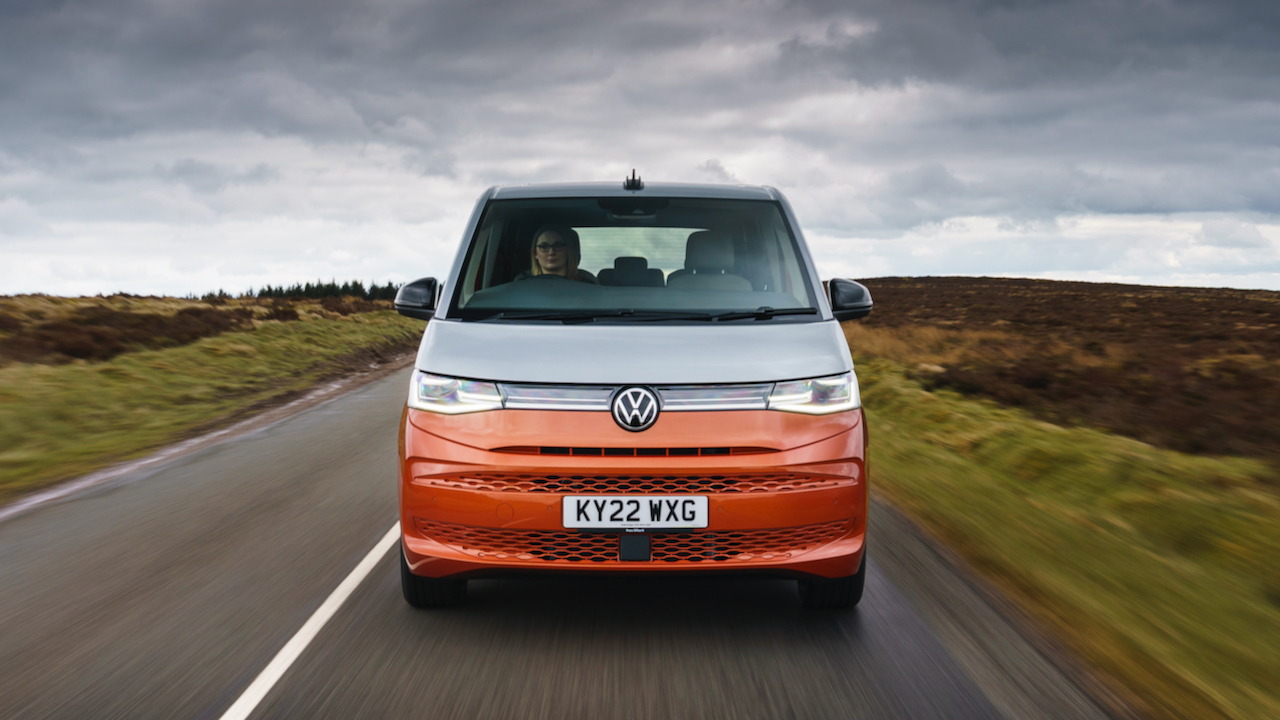 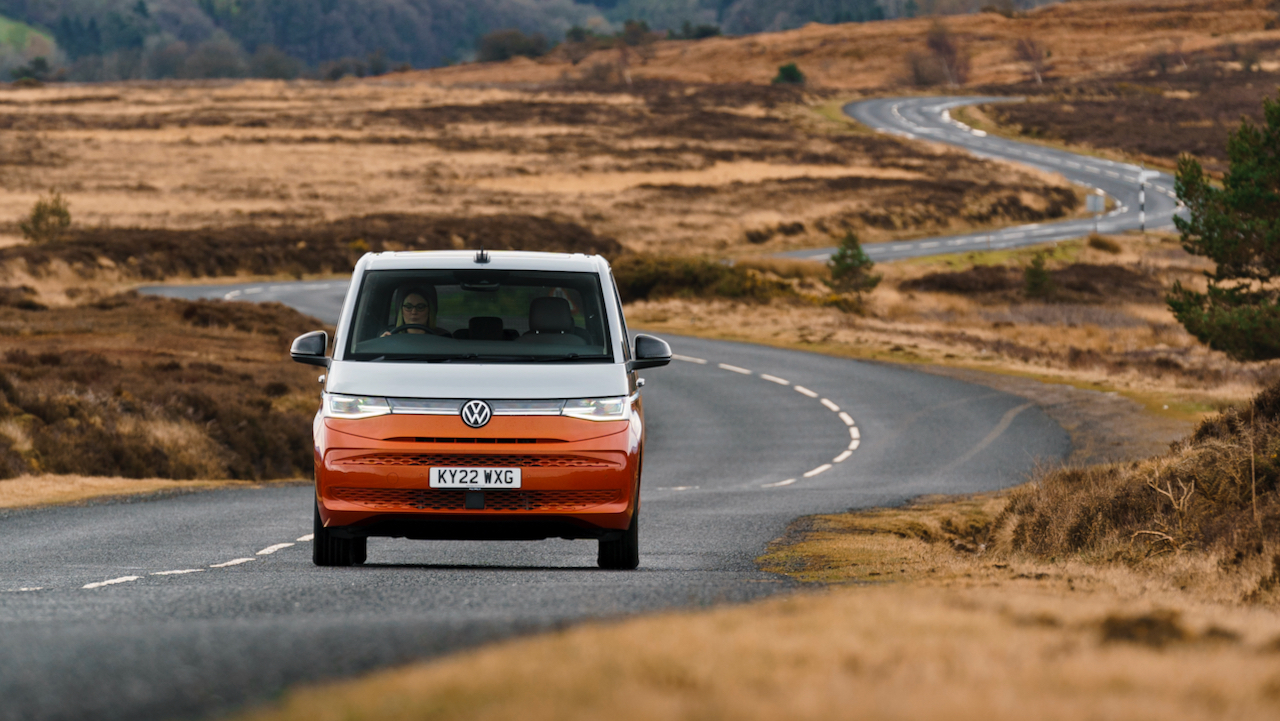 Proves the folly of SUVs. This is more spacious, more comfortable and easier to drive than any pretentious 4x4. Useful hybrid option

Interior spoiled by VW’s awful infotainment. Would you rather wait for the all-electric ID Buzz?

It’s the car formerly known as the Caravelle: VW’s van-mit-windows. But the Multivan, despite its name and place in the Volkswagen range, ain’t no humble van. Oh no. It’s gone all upmarket and thinks it’s a car now.

Instead of sharing a body with the VW Transporter panel van, the new Multivan actually rides on the same MQB platform that underpins the likes of the VW Golf, Tiguan and, indeed, VW’s latest Caddy van.

That means it should not only offer more car-like road manners, but VW can offer a wider suite of engines and technologies. Which is why, for the first time, VW’s minibus can be specced as a plug-in hybrid.

In Europe, the Caravelle remains on sale, but in the UK, it’s been completely replaced by the Multivan. Relax vanists – the Transporter and all VW's commercial vans continue as is. Run an airport shuttle company? This is your new people hauler.

Albeit one with a bit more ‘design’, no? Like the latest Golf, the front features slender headlights and a lightbar motif either side of the VW badge. The grilles are body coloured and relatively slimline – it’s certainly riffing off the upcoming VW ID Buzz, which will move the world of Volkswagen vans into the fully electric age. And looks a lot cuter.

You can have cheery two-tone paintwork with a waistline colour split if you want to channel your inner ice cream salesperson, and the selection of alloys are cooler than is offered on a Golf these days.

It’s a well-proportioned thing, but thanks to a request from Caravelle owners that the car should be able to access low-roofed parking garages, the overall height of the Multivan is 43mm lower than the old Caravelle. It’s also wider to the tune of 37mm, and the wheelbase is a whopping 124mm longer than before.

Length wise, you’ve two choices. The standard L1 and the longer L2, which has the same wheelbase but tacks on 200mm to the rear overhang, to eke out more rear seat room and a bigger boot. Both versions have sliding doors on both sides and a top-hinged tailgate to the rear.

Give me a quick engine lowdown.

Easy: a 2.0-litre diesel wasn't added until the summer of 2022, which tells you how far TDI is up Volkswagen’s priority list. Other than that your choises are a 1.5-litre turbo petrol with 134bhp or a 2.0-litre petrol good for a heady 201bhp. The headline act is the plug-in hybrid, which teams a 1.4-litre petrol engine and an e-motor with 13kWh of battery to call upon. This results in 215bhp when they’re both awake, and up to 31 miles of electric range when the rowdier partner heads to the land of nod.

You can’t have a manual anymore – all versions get DSG twin-clutch automatics, though it’s six gears in the e-hybrid and seven everywhere else. And thanks to the auto-only policy, the gear selector is now a dash-mounted switch, not a chunky lever. This frees up stowage space, and makes the interior look cleaner.

The Volkswagen Multivan is really a new catch-all replacement for the old Sharan and current Touran MPVs as well as a true minibus. And there’s no doubt that moving it onto a proper car platform has greatly improved comfort and available technologies. The hybrid system works passably well for most driving situations, ride, refinement and road manners better the van, and the cabin is slightly more upmarket, despite the usual infotainment woes.

But as good as the Multivan is at doing what it set out to do, the elephant in the room comes in the shape of the ID Buzz. Because while VW is confidently forging a path back to the MPV with the former, it's the latter that will make vans cool and buyers flock. 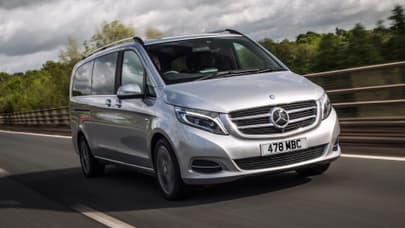 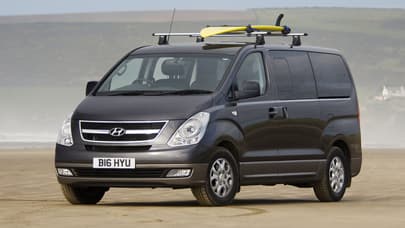 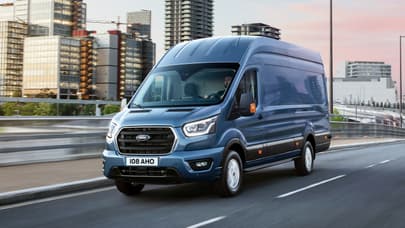