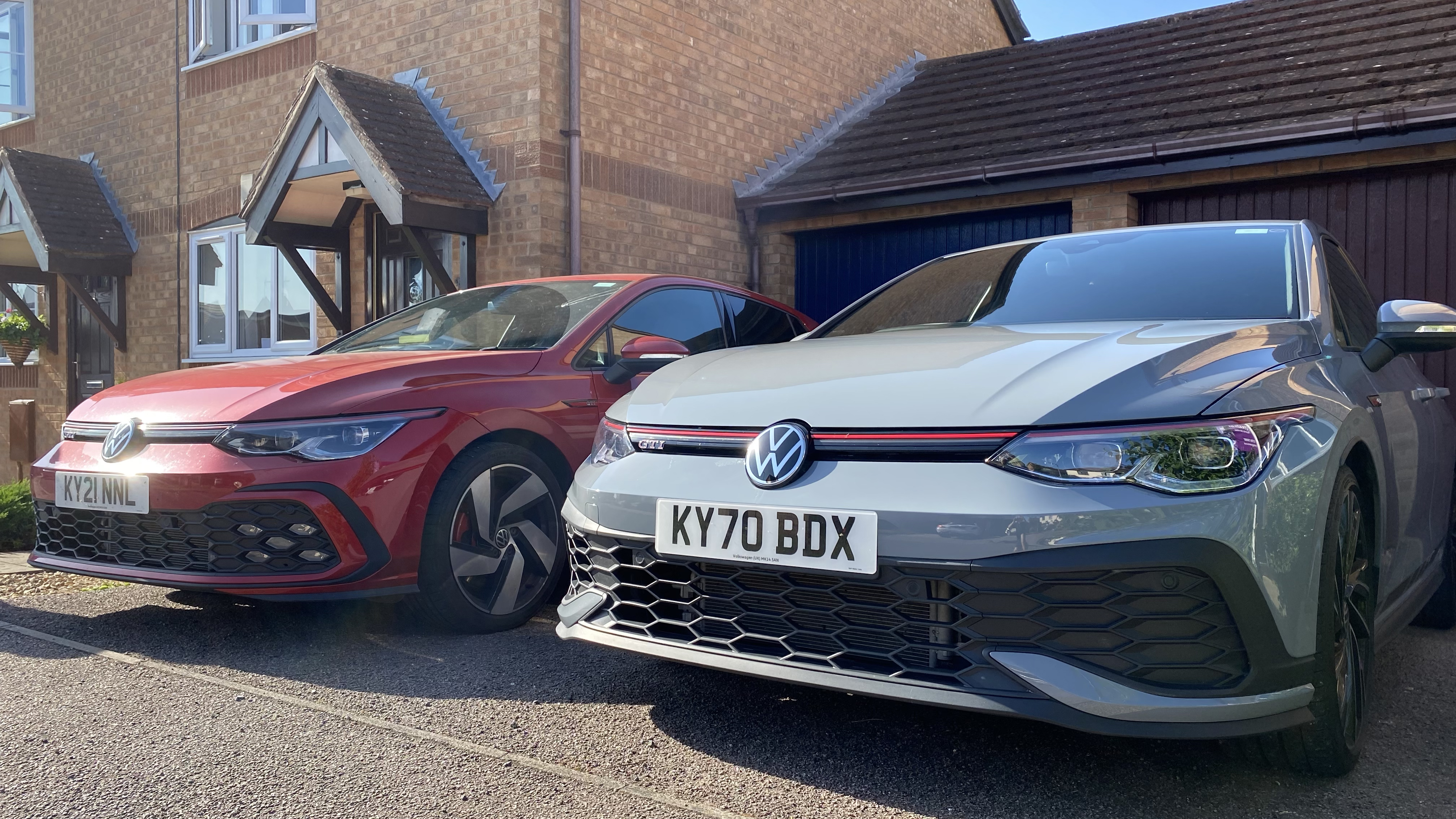 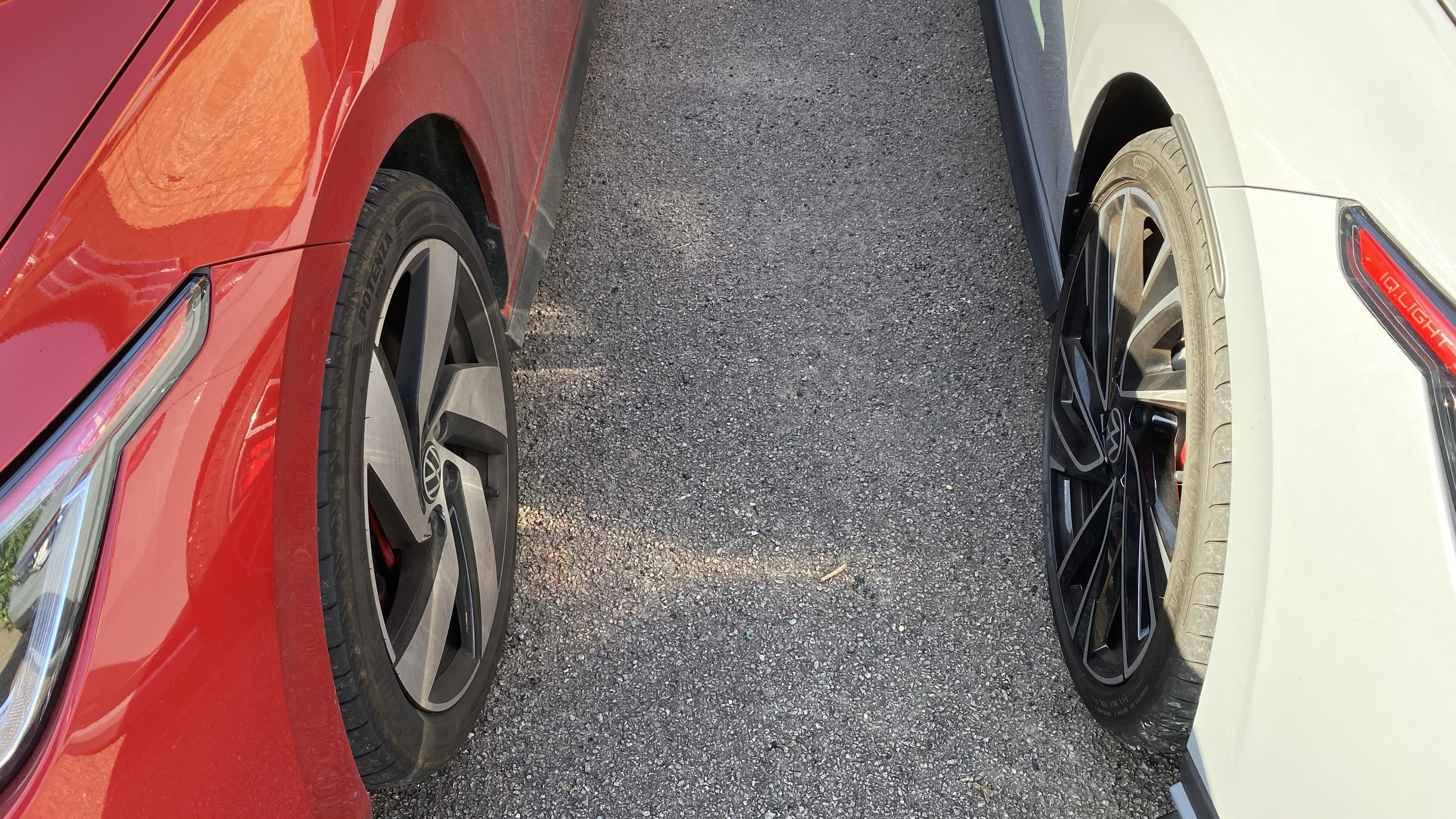 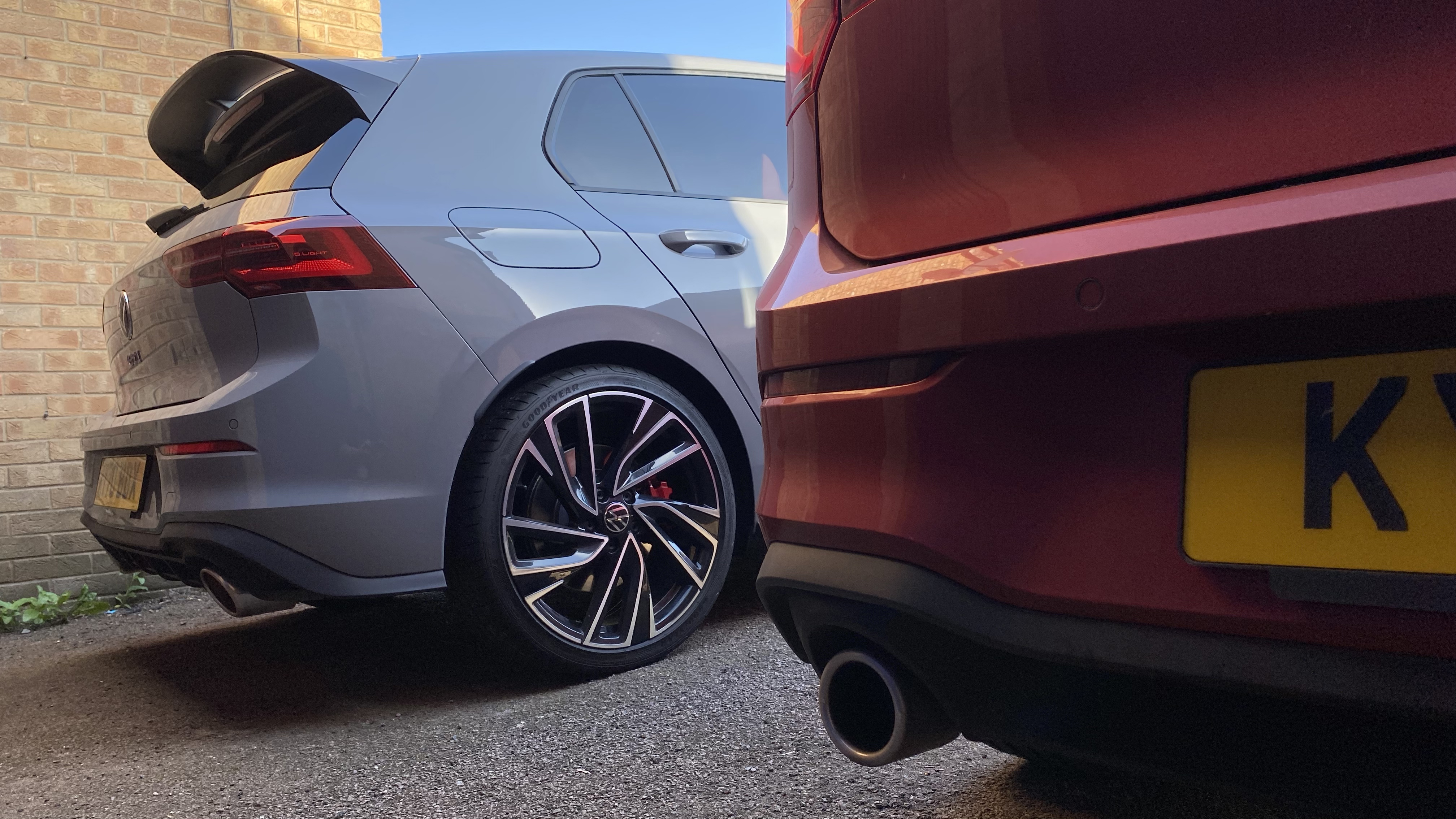 We've swapped our Golf GTI for a GTI Clubsport

Meet our new Golf GTI. Same as the old Golf GTI? Not quite. Having spent three months and 3,000 miles in the ‘base spec’ 242bhp GTI manual, we’ve swapped into The Other GTI. The Clubsport. This ought to give us a more rounded idea of where the sweet spot of GTI life is these days.

Just to round off on the red car, we had no reliability or build quality issues in those three thousand miles. No rattles, no squeaks, and nothing fell off. It’s built like a Volkswagen should be. The Moonstone Grey Clubsport arrives with over 6,000 miles on the clock already, having spent the first months of its life hard at work on the British VW press fleet starring in all manner of magazine and YouTube shootouts. And no, it hasn’t emitted any buzzes, rattles or squeaks either – despite spending life on 19-inch rims instead of 18s.

As I say, this one was a VW-specced Christmas tree rather than our own work. Interestingly back in 2014 the Top Gear Garage ran a fully decked-out Golf R with the DSG gearbox, adaptive suspension and heated leather, and that came in below £42,000…

Anyway, inflation and all that. What’s most interesting about the Clubsport is you don’t even get the choice of how to shift gears. The seven-speed DSG paddleshifter comes as standard. As does a power boost for the 2.0-litre engine, which features a new turbocharger and leaps from 242bhp and 273lb ft to 296bhp and 295lb ft, maintained for a broader rev-span.

No longer is the GTI afraid of a well-pedalled Fiesta ST. It’s up there with the Civic Type Rs and Renaultsport Trophys of the world. 0-62mph in 5.6 seconds? With a five-door front-wheel drive hatchback? That’s blistering.

The spec is an interesting one to pick apart. I like the growler front bumper, and don’t miss the horrid five-dot foglights one bit. The wheels are fussy, but the bigger (and apparently lighter) brakes behind look the business. Goodyear Eagle tyres instead of slightly wooden Bridgestones are promising. And the wider tailpipes look purposeful.

I’m not convinced by the taller rear wing and the go-faster sill stripes – does a GTI need such tarty add-ons? That’s what Seat used to be for, before it took itself too seriously, got a rose-gold fetish and starting telling its friends it ‘only identifies as CUPRA now’.

Inside, this is a GTI without tartan, which makes me a bit sad. But otherwise, there are no clues you’re in the most expensive Golf GTI ever made. No Clubsport badging, no fillets of carbon fibre or even a flicker of red stitching to lift the dour doorcards. And even the graphic car portrayed on the 10-inch touchscreen is a bog-standard ordinary GTI. Come on VW. That’s just lazy.

Clearly, more time was exhausted on the chassis than the pixels. The list of mods for this Clubsport is enormous. Besides the upgraded brakes and tweaked aero, the CS rides 10mm lower, its revised side skirts and diffuser hugging the road. Front axle negative camber is increased 1 degree for a pointier front end. The gearbox and active locking differential receive a Clubsport specific software map. Even the wheel mounts, bearings and springs have been beefed up.

I need to remember to only head to full stations with pricey super-unleaded now. VW asks politely that the Clubsport only drinks designer-label 98-RON gas.

Now, I could pretend to you that the next three months will consist of a noble and meticulous quest to drive the GTI Clubsport extremely fast through corners in order to deduce how the benefits for these many and varied upgrades manifest themselves.

I could festoon the interior with G-sensors and GoPros and spend my days learning about ‘kinematics’, which I think was an indie band that once headlines Reading and Leeds.

But I’ll spare you that, because there’s one more mod that the Clubsport, um, sports. And it’s the Nurburgring mode. It’s hidden away, under the counter, like a secret Easter egg. You have to tap on the ‘Sport’ setting in the menu to find it, and then tap again for the Green Hell configuration. Official Nordschleife logos appear in the cockpit. Nice.

Those of you observant enough to spot the GTI changed colour and spec this month will also be doubtless aware that I do not reside in the Eifel Mountains. I live in a market town in Lincolnshire, in the United England of Great Kingdom.

The traditional home of the hot hatchback. Question is, does a car that’s so obviously honed for That German Toll Road behave itself when asked to just be a daily, 475 miles away from its spiritual home?