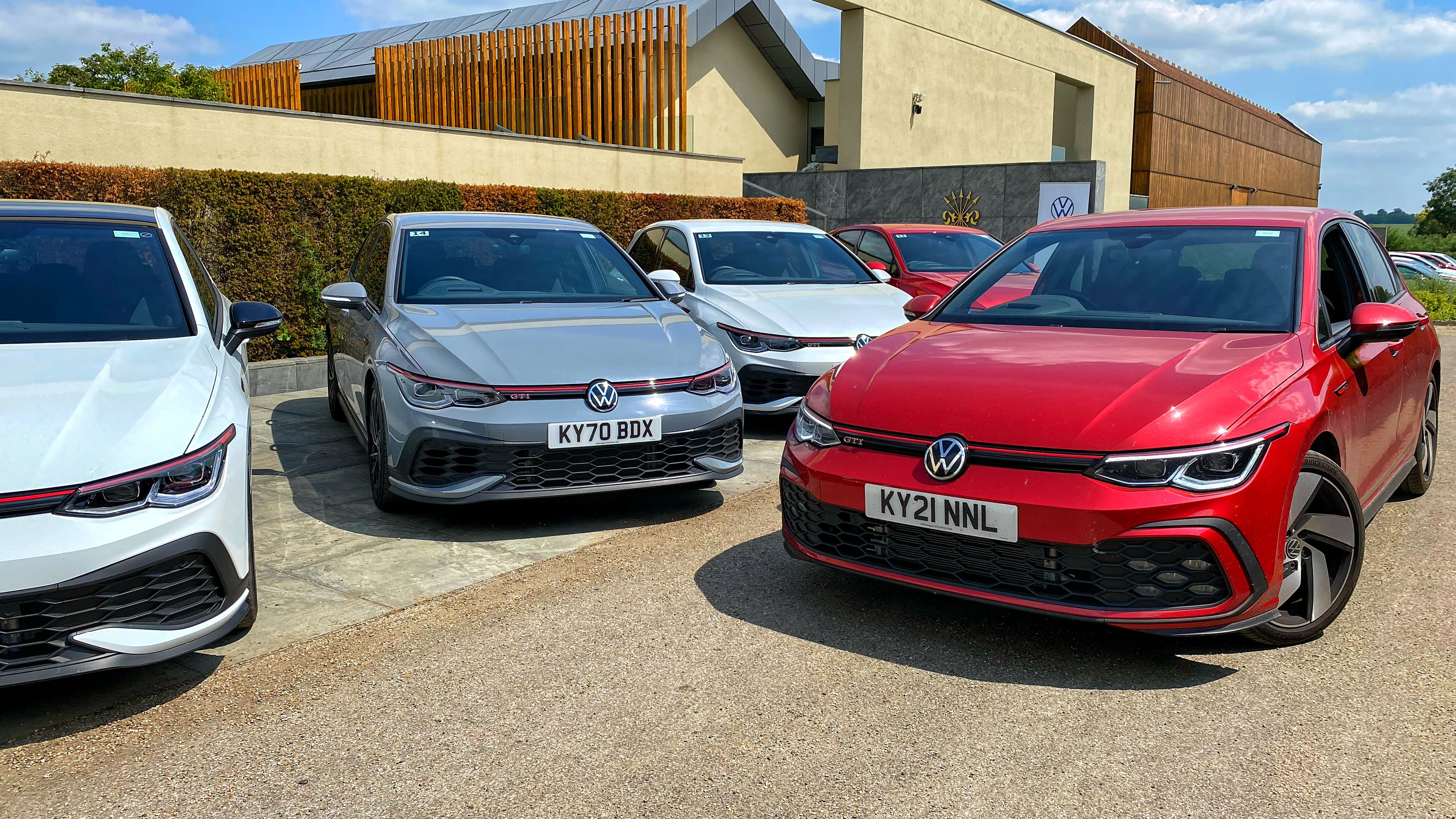 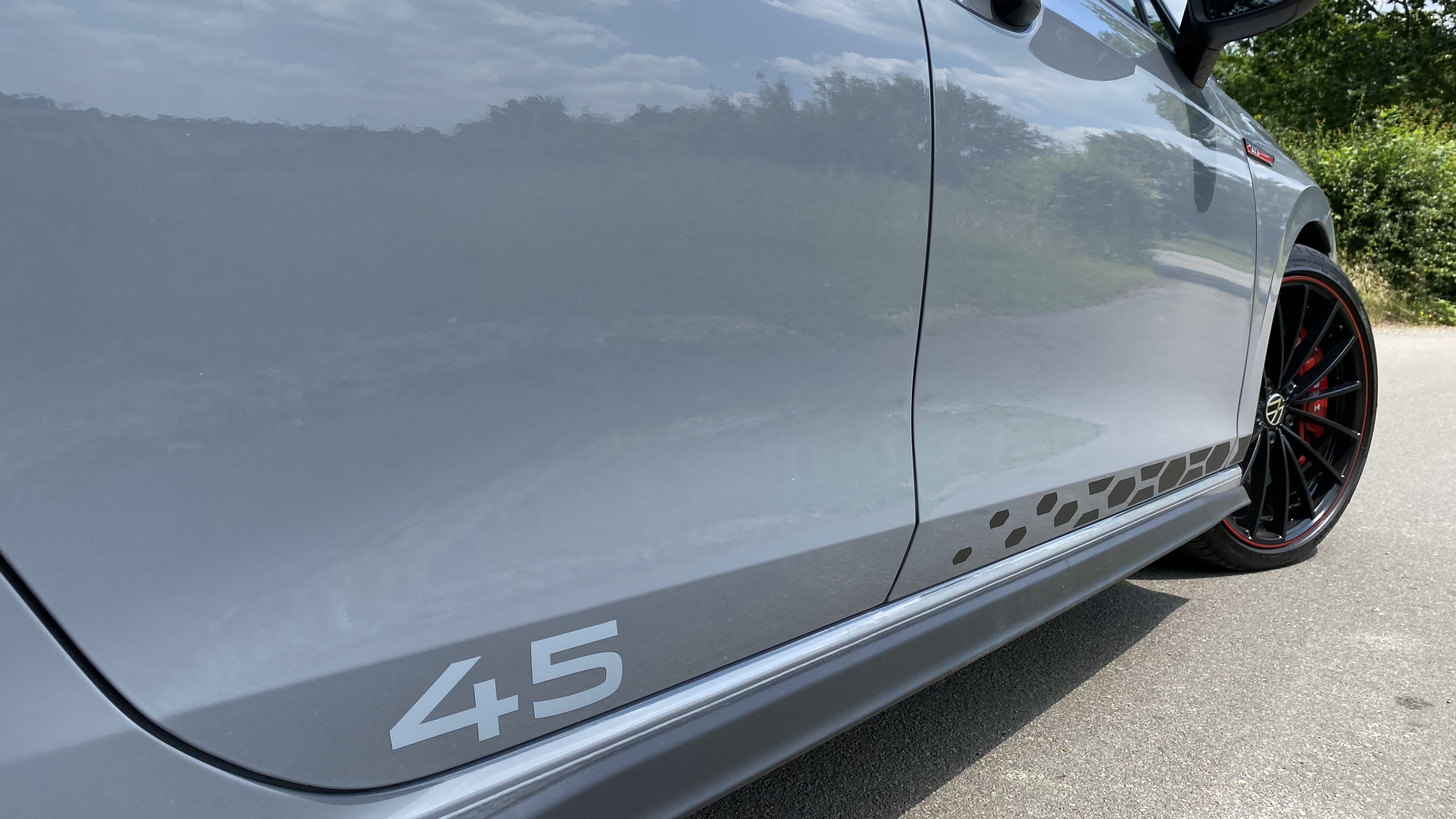 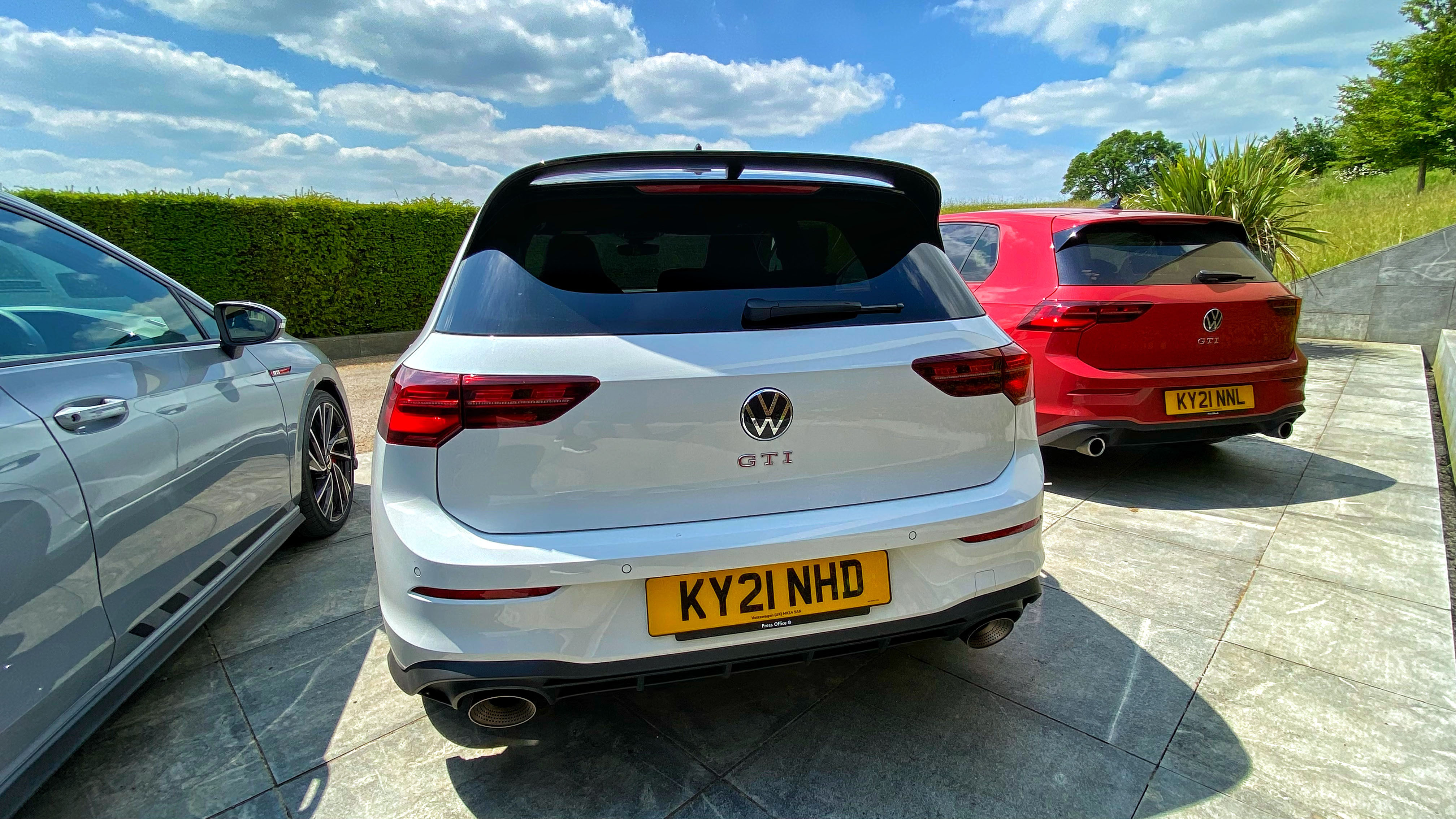 GTI vs Clubsport 45: cheapest hot Golf vs the most expensive

And today’s car nerd pub quiz question is: what’s the most expensive Volkswagen Golf (before options) that money can buy in 2021?

It’s not the Golf R, which you understandably concluded on account of the fact it’s the most powerful Golf, the fastest Golf, and the only Golf with all-wheel drive. Still, you missed. Same time tomorrow?

Yes, a front-wheel drive GTI with no more power than a regular GTI Clubsport, no Drift Mode and only two exhaust pipes rather than four is now the summit of the price pyramid. And to read all about why I though the Forty-Five represented naff-all value against the likes of the standard GTI Clubsport – not to mention the superb Golf R – then you can go right ahead and tap on these blue words. I’m less grumpy today, promise.

Now, I’m not going to widdle all over on the Clubsport 45’s parade all over again. I get that Volkswagen – even with its budgets that outpunch the GDP of most former Soviet states – isn’t going to totally re-engineer the GTI for a special edition that marks a nondescript birthday.

You didn’t throw your mum a lavish party at the Four Seasons and book Robbie Williams for her 45th, did you? No. You had a Sunday roast at The Red Lion and gave her a framed picture that said ‘Live Laugh Love’.

This is now the only hot Golf you can specify with a manual gearshift. Full disclosure: it’s not a very good one. It manages to feel lightweight and un-mechanical yet there’s also too much friction if it’s hurried.

The gearlever itself feels like it’d be rejected at Poundland’s warehouse for feeling too cheap and nasty. The Mk7, as with so much about the latest Golf’s interior, did it better.

But it’s a manual all the same, and after a day giving my left foot a rest while DSG slurred and slipped through the cogs by itself, I was gladdened to have a clutch pedal to prod and to perform my own engine blipping on the cross-country jaunt home. It’s like walking a faithful, elderly dog. Recalcitrant and not as spritely as they used to be, but somehow still quaintly charming.

Encountering off-throttle gearshifts instead of the ‘lifting-is-for-wimps’ DSG also makes you more appreciative of the deep, barrel-chested torque-swell from the 2.0-litre engine’s turbo.

Quite honestly, the 242bhp car simply doesn’t feel that much slower than a Clubsport in the only road-going situations where you’re gunning it. Motorway sliproads. Roundabout exits. The 2-into-1 merger lane at the McDonald’s drive-thru.

Meanwhile, the DSG auto-upshifts at the redline, and auto-kickdowns if you press the gas too hard. Being back in the six-speed, it’s pleasant to be left to your own devices.

These days, of course, the manual GTI is in the minority. The automatic has been the top seller for a while. That’s why the Clubsport and Golf R don’t get one. Nor does Audi’s S3. AMG’s hot hatches never have.

Shortly, we’re going to swap our GTI for a Clubsport, and dig into what, exactly, you get for your extra £3,705, and how much of it makes a difference to the GTI’s day-to-day manners. And fuel economy. More power, but an extra gear… I wonder if the DSG has a real-world advantage?

Can’t say I’ve found the regular car lacking downforce, but perhaps as the weather turns in autumn and the roads become slipperier I’ll be glad of that taller rear wing…