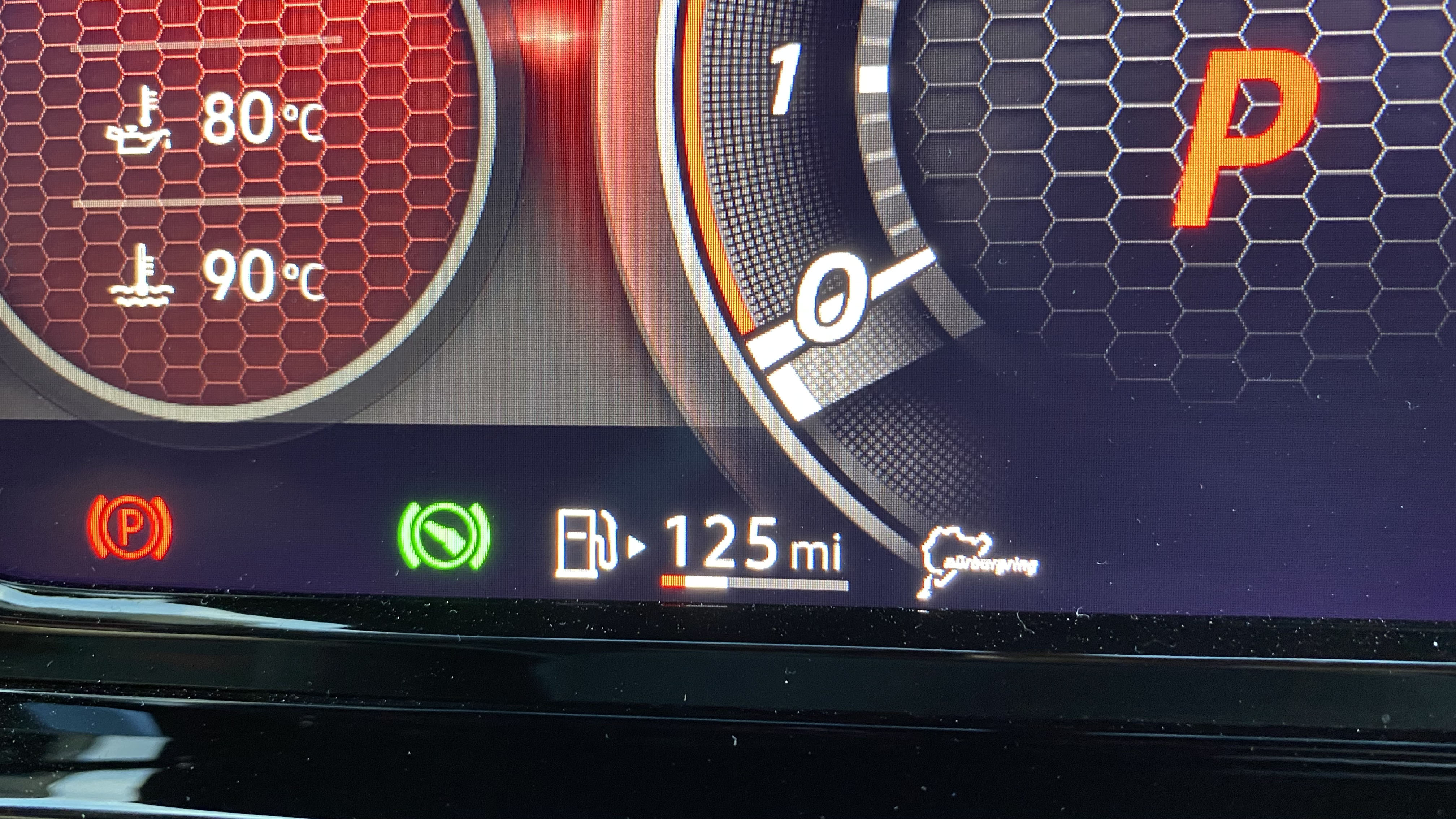 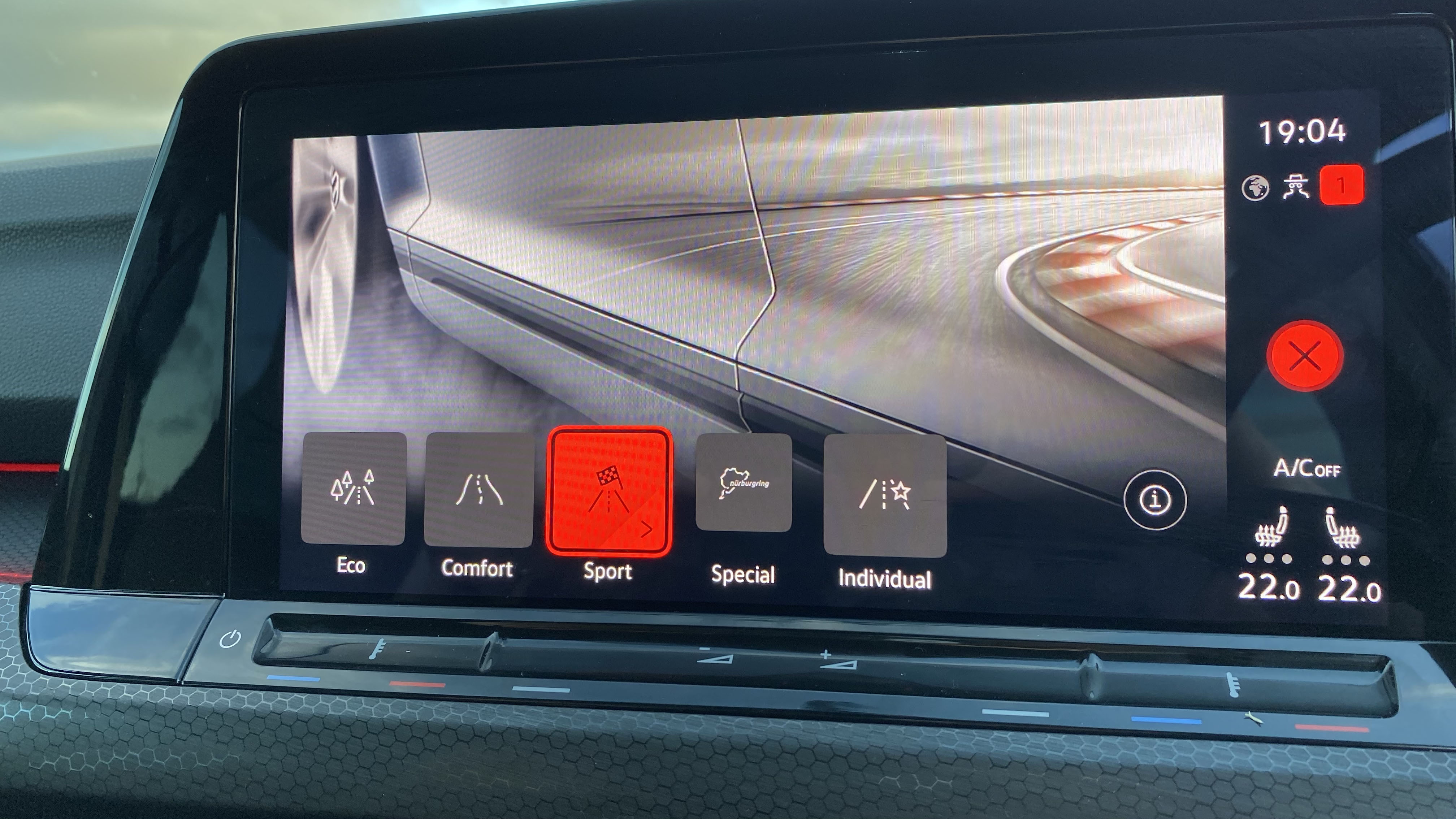 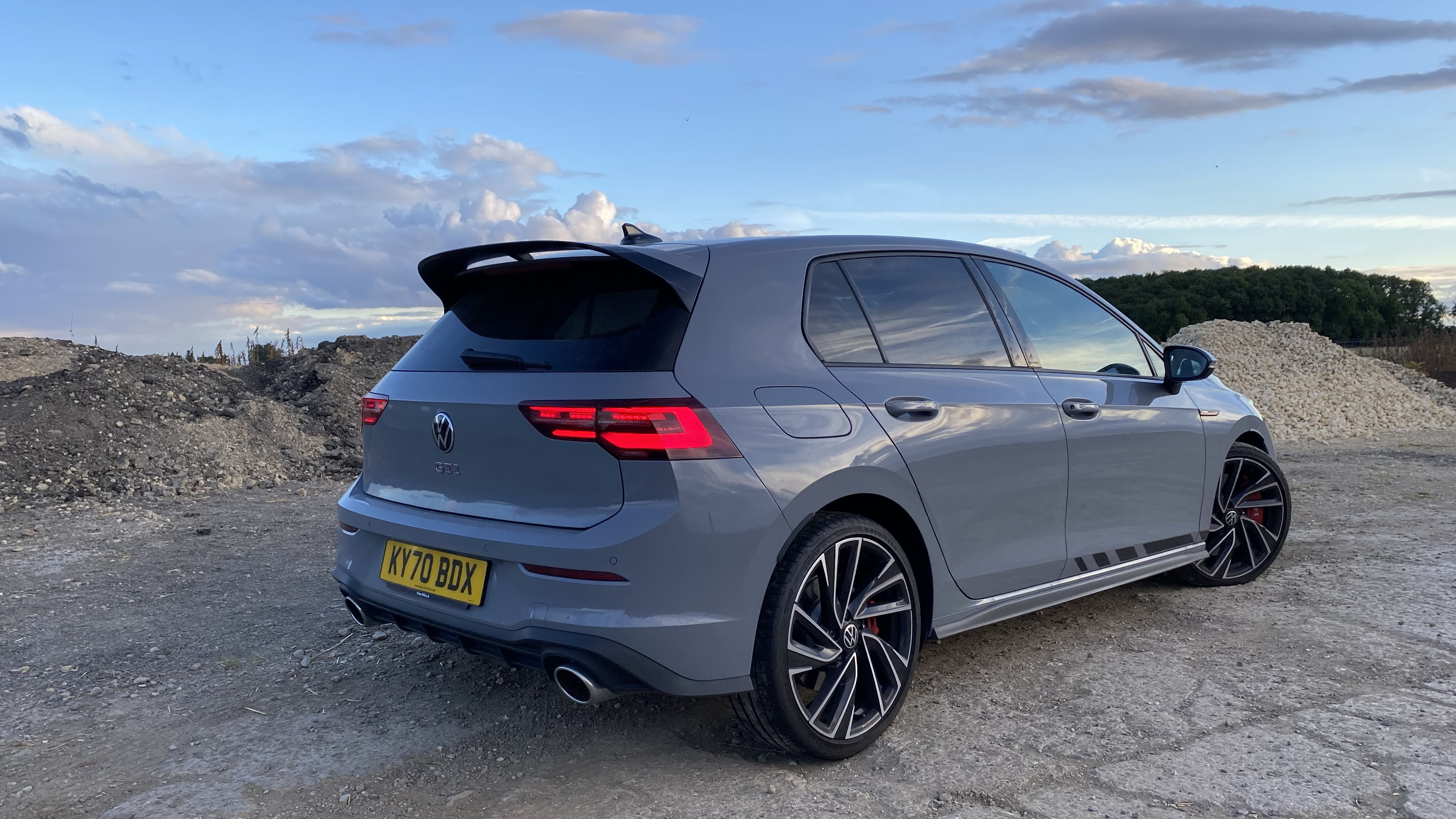 I’m using Nürburgring mode. There, I admit it. Go ahead, judge me. I care not. Here we have scientific proof that – contrary to what some will insist – Nürburgring lap times do not equal horrid road cars.

The science is this: in Ring Mode, the GTI Mk8 Clubsport laps the Nordschleife in 7mins 54sec – 13 seconds quicker than a standard GTI. Now, plenty of that is courtesy of extra power and torque. Maybe the revised aero is worth a hundredth or two. But the chassis plays its part.

In very simple terms, Nürburgring mode dials the GTI Clubsport’s engine, gearbox and e-diff map to ‘GRRRRR’ but knocks the suspension back to ‘ahhhh’. That means it can ride the kerbs and compression of the Green Hell at huge speed, with composure, maintaining traction, grip, and stability.

And naturally, that combination is pretty darn useful in Great Britain, where country lanes aren’t just scarred and bumpy: they duck, dip, dive and dodge, to quote the late, great Patches O'Houlihan.

On a back road, the GTI Clubsport is a bit of a monster. In that very German sense, you understand: it doesn’t really fizz or bound along with the enthusiastic boing of an ST-badged Ford or a Hyundai i30N. It sneers at the road, and then teleports along it.

So, I have no complaints about Nürburgring mode. Except for my two complaints. Which are these.

Number one: because it’s a secret-squirrel Easter egg hidden in a sub-menu which you must know to look for, the car won’t remember to stay in Defcon Ring after the ignition is switched off. So, bomb to the tip on a balmy Sunday morning like you’re Kevin Estre attacking another sunrise stint of the N24, and once you’ve dumped your grass clippings and set off home, the GTI has slotted itself into Sport mode.

You have to tell it you’re playing Nürburgring again. If you have passengers, they will see this. It’s all happening on a widescreen, front and centre. They’ll see you pretending you’re on a famous racetrack. And they will judge you.

Number two, so to speak: it’s surplus to requirements entirely… thanks to Individual mode.

Naturally, being a seasoned driver of motor cars on British roads, my personal tailored setting has all the powertrain gubbins wound up in a frothing, manic frenzy, and the dampers welded to ‘1970s Cadillac’ squidge. What’s more, the GTI CS does remember this selection when the engine is turned on and off.

So there we are. Turns out I’ve been driving every single car with an ‘Individual’ mode in ‘Nürburgring’ flavour all my life.