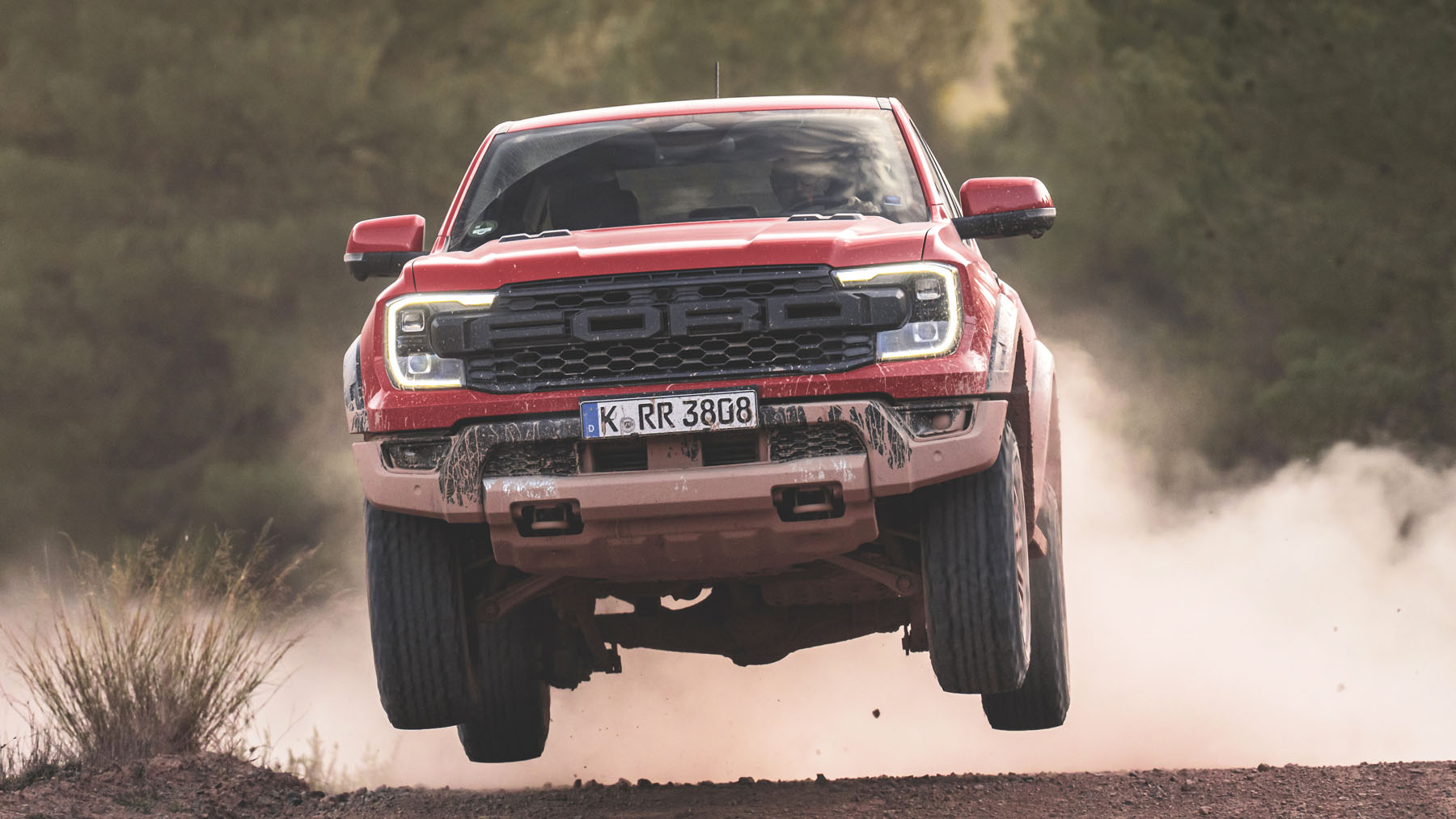 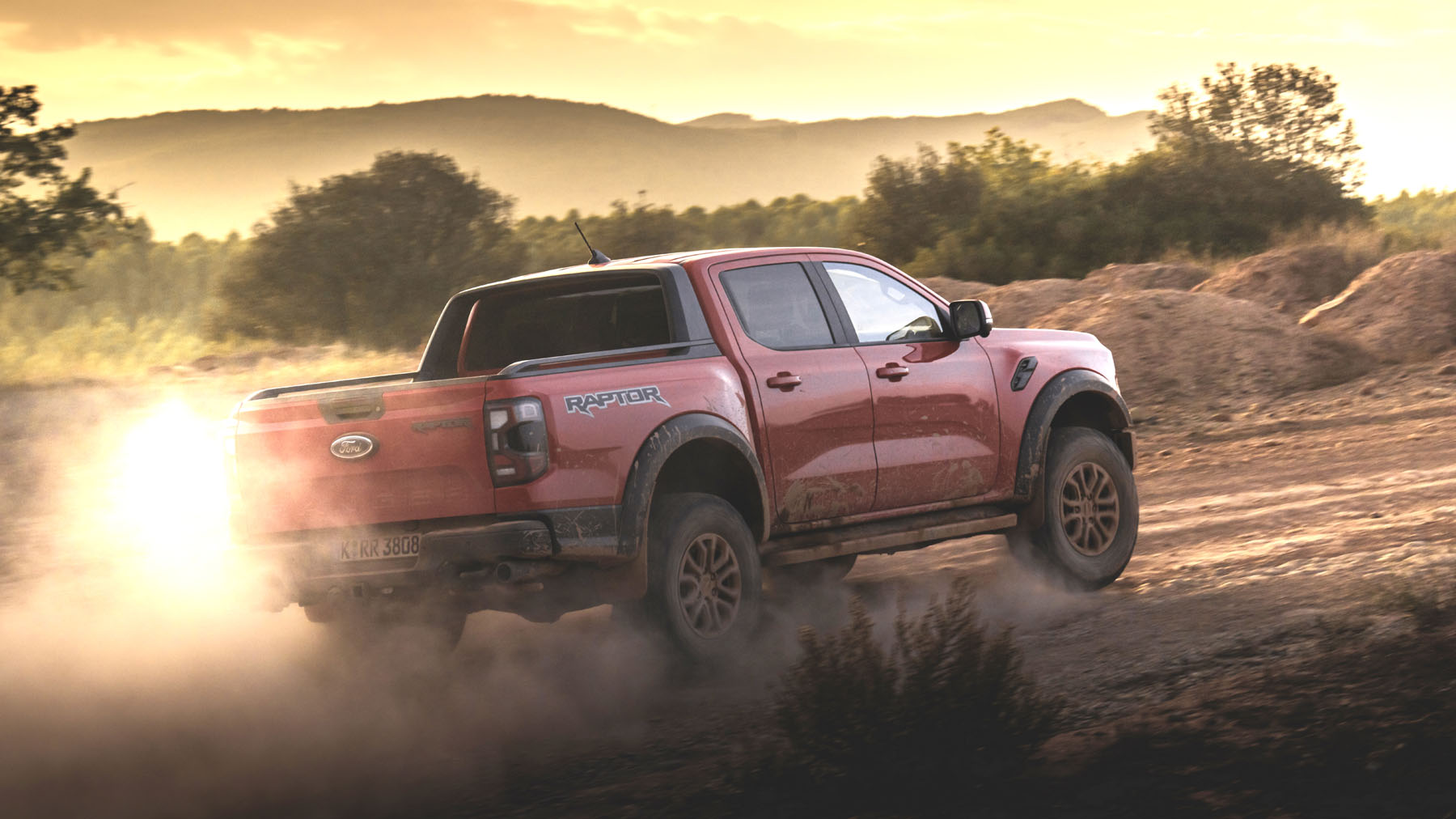 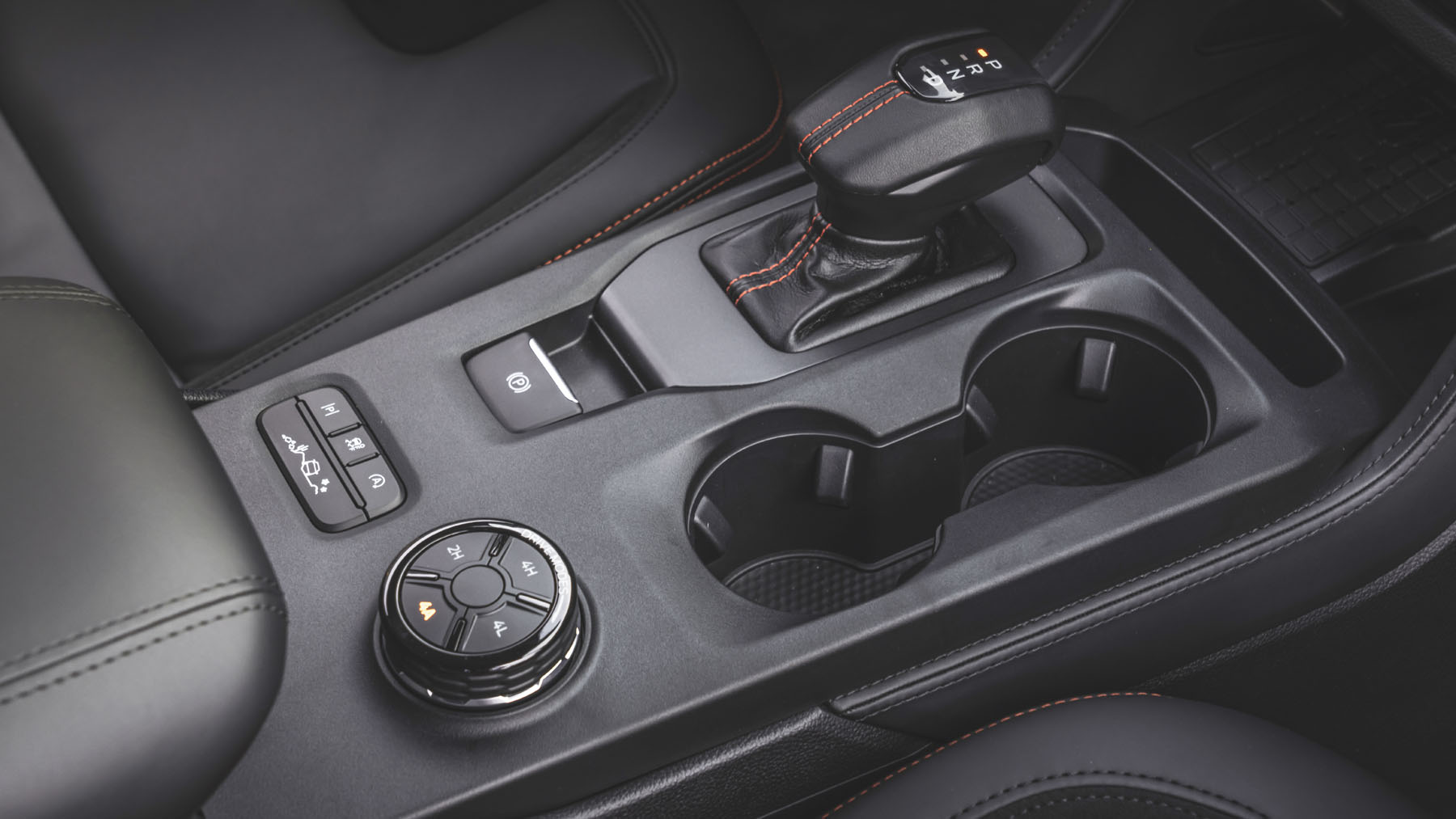 1 / 28
Advertisement
“Excellent overkill. The most Raptor-ish Ford Ranger so far, now with a V6 biturbo petrol and even more suspension”

V6 petrol is juicy, opportunities to show off exactly what it can do are limited in the UK

The Ford Ranger is getting a comprehensive makeover, and in an exciting twist to the usual run of things, the best version has been launched in Europe before everything else. So we get Ranger Raptor v2.0 before the more mundane models, but hell, if you’re going to go for it, this is the way to enter the party with some swagger.

So what’s changed from the original? The answer is, bluntly, a lot. Most. Nearly all. There’s a new 3.0-litre twin-turbo V6 petrol engine mounted in that ladder-frame, for a start, packing 288bhp and 362lb ft of torque through a four-wheel drive system that now features electronic locking differentials fore and aft, a two-speed transfer case, 10-speed auto (paddle-shiftable) gearbox, new suspension and a fresh interior and exterior. The 2.0-litre diesel will remain an option from 2023 for those who like the visuals and bouncy upgrades but prefer to get more than 20mpg.

On the style front, you can’t mistake new for old. The front is dominated by the big FORD grille, bracketed by ‘C-clamp’ LED headlights that make the front seem wider than it is. There are standard-fit off-road style wheels and BF Goodrich all-terrains (an excellent choice), wide arches and a ‘built’ feeling, with a similar treatment at the rear - at first glance and at anything more than twenty feet and you could mistake it for the full-fat F-150. That’s a good thing.

It’s still a five-seat pickup truck without the one-tonne payload necessary to class it as a commercial vehicle, so it doesn’t attract the tax advantages that a true workhorse might, but the payload of 652kg is enough to cope with the usual lifestyley accessories that this kind of vehicle might find itself bolted to. No judgement - the Raptor, as it turns out - is largely a brilliant thing. It’ll make you want to take up hobbies that might make use of it. It also tows 2,500kg, so that caravan or trailer is in safe hands.

Ah, the lure of a petrol V6 with some turbos sounds too good to be true. But the Raptor is still not exactly stressing that engine to the maximum. With 288bhp and two and a half tonnes to haul without anything in it, the Raptor feels willing rather than rapid - a near eight-second 0-62mph time tells its own story. But that’s perky for a pickup, and the electronically-baffled exhaust (you can change the modes on the steering wheel) makes some interesting noises. The ‘Baja’ mode for the exhaust still falls somewhat short of the ‘practically unsilenced’ Ford boast, mind.

And there’s a bit of jealousy floating about; if you visit the Australian Ford website, the Antipodean version of the Raptor gets the same engine with 392bhp and 429lb ft. Blame European strangulation rules. Which is pretty unfair, if you ask us, especially as this particular iteration was developed by some uniquely talented engineers from Down Under. Still, there’s therefore probably a way of liberating a few more horsepower by hitting the ECU with some magic aftermarket hammers. Not that we would advise that, obviously.

Hmmm, sounds a bit ‘all-mouth and no trousers’?

Not at all. While the Raptor might not be making off with any sportscar scalps, it’s plenty fast enough to get the chassis into trouble, and mightily impressive. Even more so if you manage to get it off-road, and that goes for both slow rock/mud/sand crawling and high-speed trail-bashing. There’s a suite of electronic helpers to make you look like a hero, and when you go fast over rough terrain, you realise this is actually a giant, steroidal rally car. With Fox Racing suspension and trick ‘Live Valve’ damping that reacts to any situation, you can blunder around with supreme confidence. Better than that though, the interior has been re-thought to make it a luxurious and super-comfortable place to spend time, it can cruise down a motorway with the best of them - even on the all-terrain standard-fit tyres - and there’s a generous spec.

“Excellent overkill. The most Raptor-ish Ford Ranger so far, now with a V6 biturbo petrol and even more suspension”

The Ranger Raptor now feels like a Euro-appropriate mini F-150 Raptor (a ‘proper’ one) rather than an extension of the workhorsey range. The last one was good, but left a bit too much work for a set of splash graphics and chunky tyres to do in terms of ultimate satisfaction. Ok, so we want the de-restricted 392bhp of the Australian motor, but in terms of an upgrade, this is night and day.

An excellent interior with a pin-sharp 12-inch central display and Ford SYNC-4 system, B&O stereo, tonnes of kit and excellent seats (inspired by fighter jets, apparently), some seriously capable suspension and damping, and an exterior re-design that makes it look both wider and meaner and yet somehow tidier all make for a compelling argument. It’s just under sixty grand, but honestly, a mid-range BMW costs that these days, and has roughly a quarter of the character and none of the breadth of ability. This is a car/truck that goads you into easy adventure, and if you’re looking for something a bit different, this might fit the bill. Just don’t expect much change at the petrol pump. 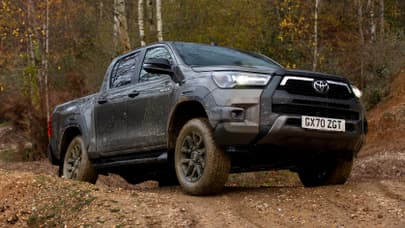 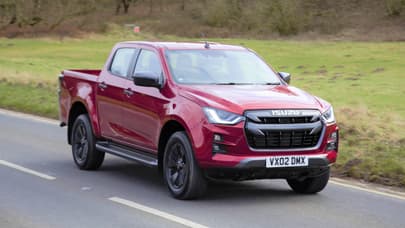 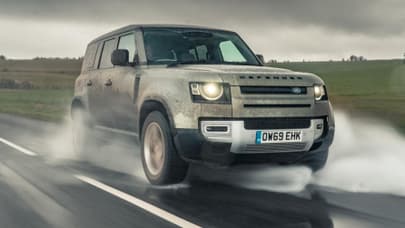