£45,940 when new
Read why you can trust our independent reviews 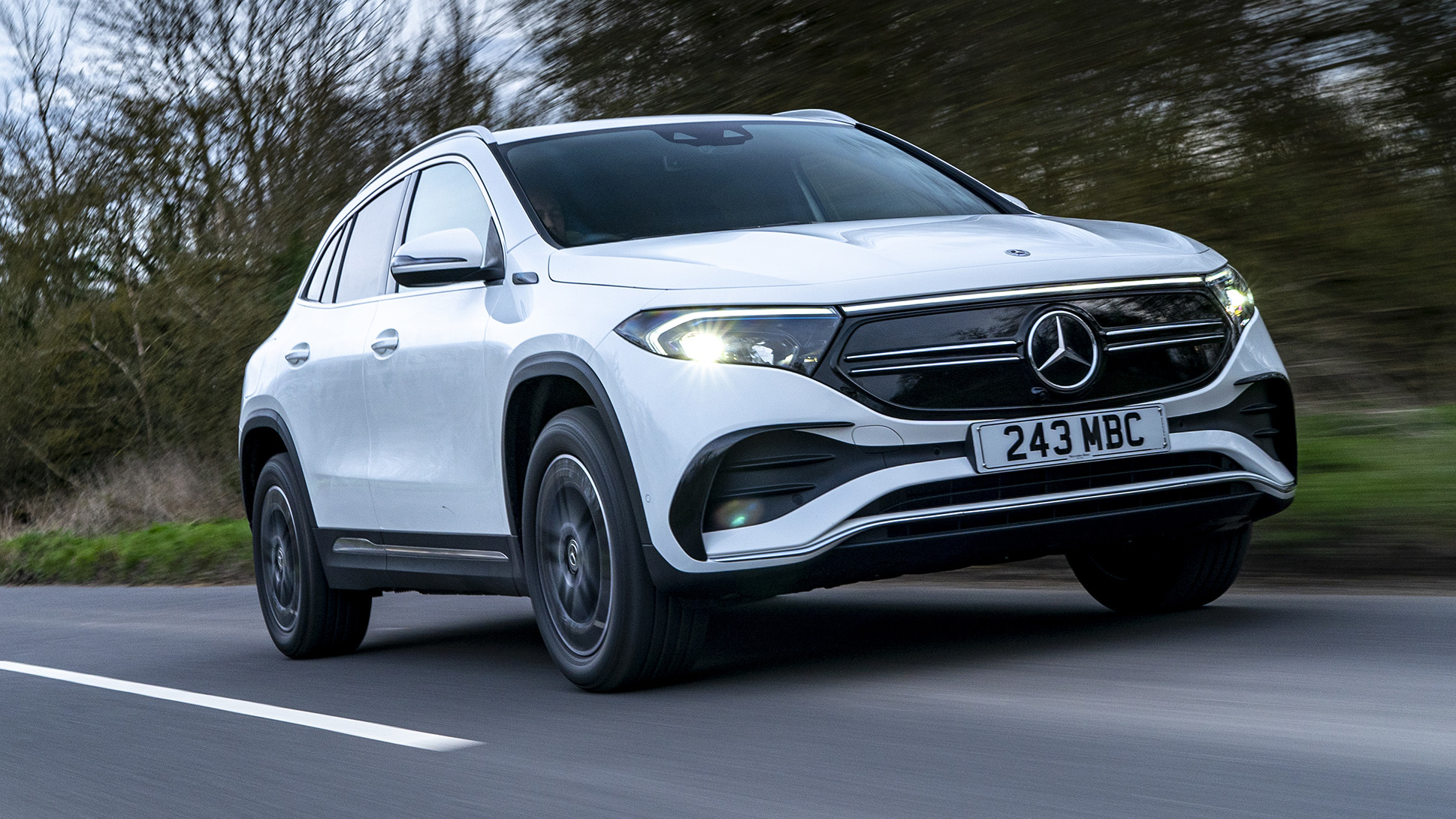 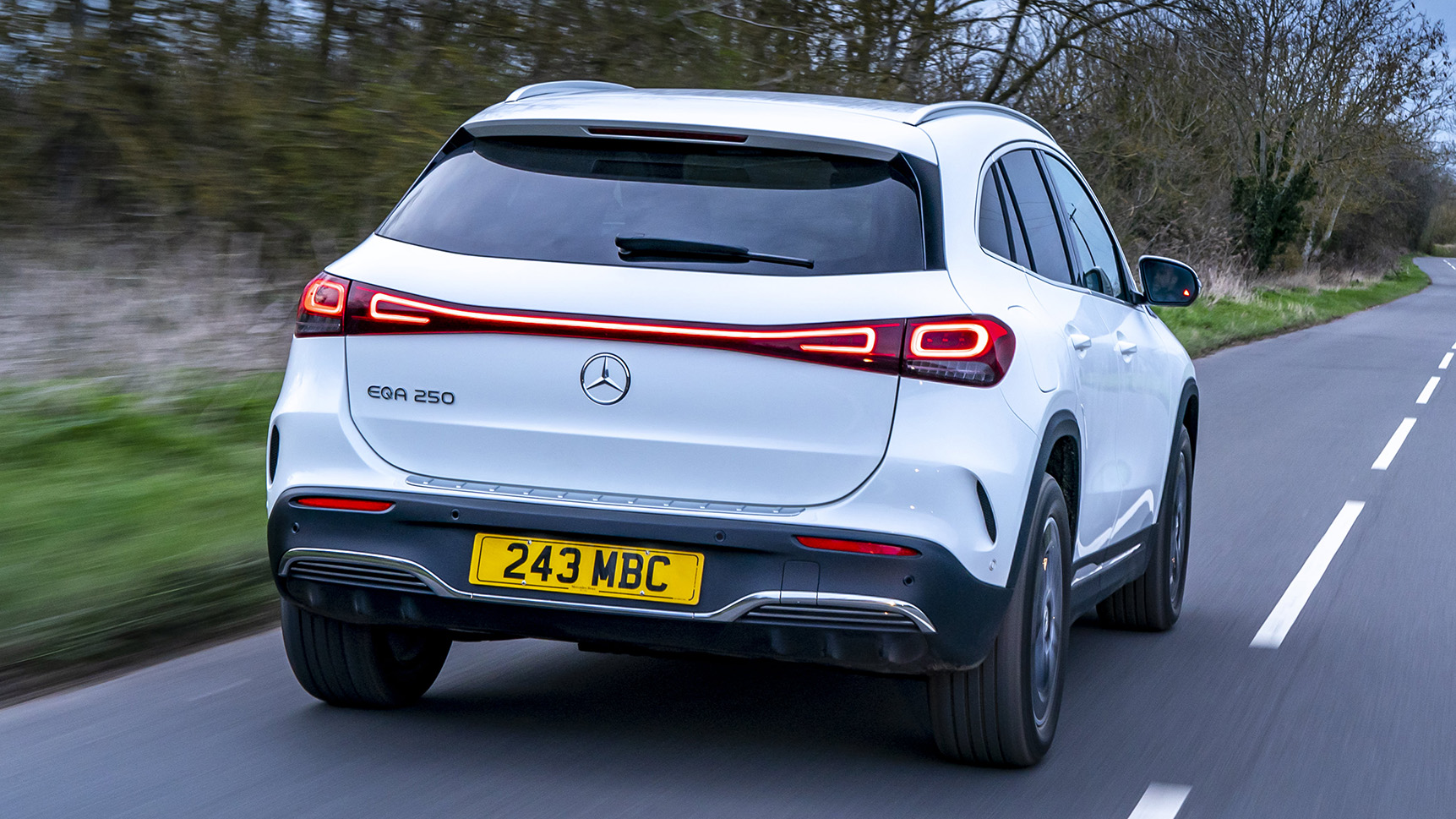 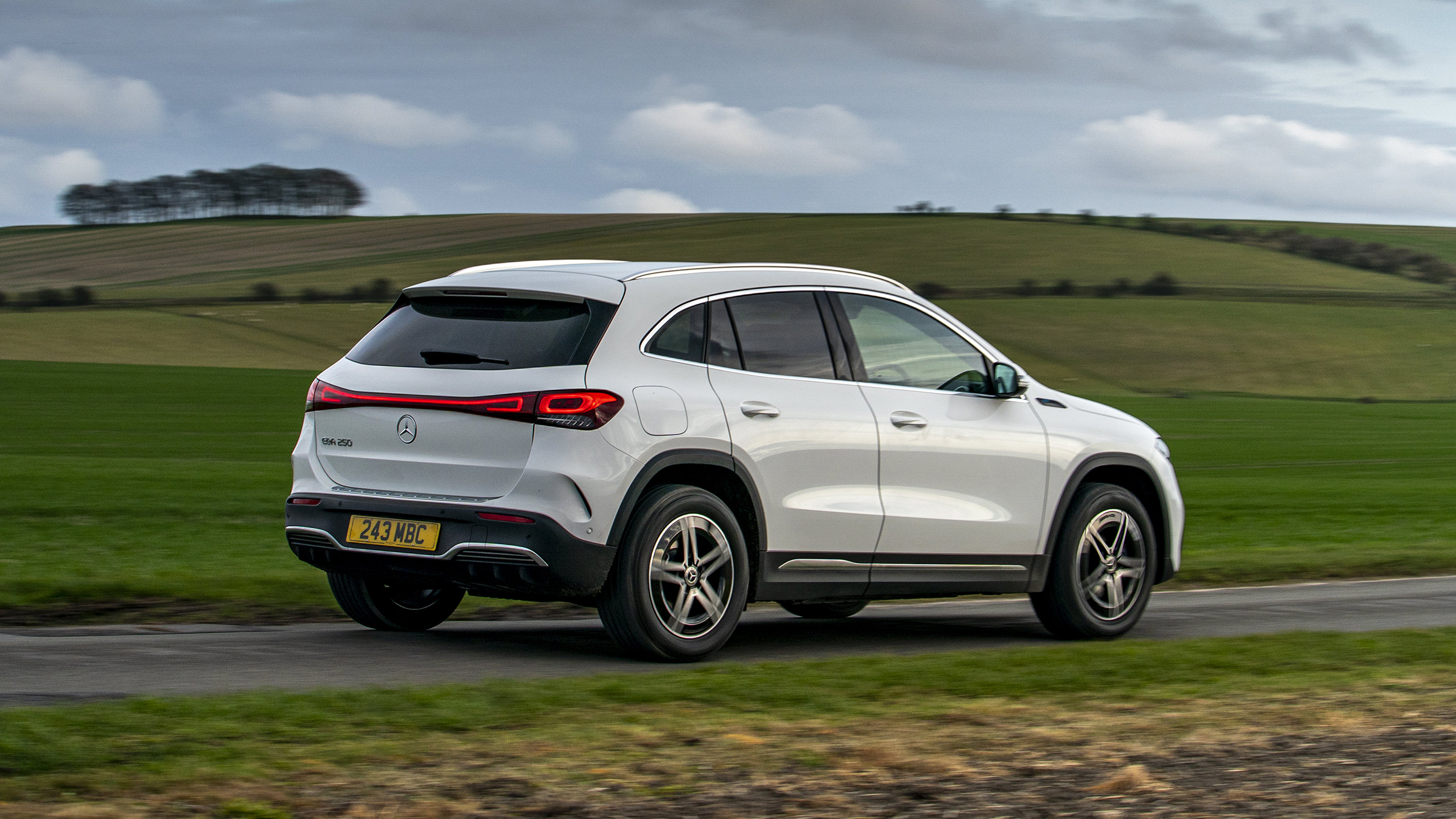 I’m behind on my Mercedes letter-jumbles. What’s an EQA?

In short, this is the smallest, cheapest electric car that Mercedes makes. The entry-level of the EQ family, which is currently staffed by the EQC crossover and EQV van (a boxier EQB is coming next), and will soon be headed by the EQS luxury techno-loon.

How cheap is ‘cheapest?’

Not cheap. This front-wheel drive EQA 250 version is £44,495 – too pricey to qualify for a government discount. This AMG line version is £45,995. It’s this EQA 250 that’ll be the best seller in Britain, but it’s not short of rivals for your attention. And cash.

What’s it up against?

This is their time to grab a foothold. Tesla’s Model Y doesn’t make it to the UK until next year at the earliest. When it does, it’ll have the longest range, best charging network and household name brand recognition, which ‘EQ’ doesn’t yet have on its side. Besides a full-width light bar at the rear and some aero-faced wheels, this isn’t designed to be a head-turner.

What’s the USP, then?

Besides the whopping three-pointed emblem slapped amid the blanked off front ‘grille’… it’s tricky to find one.

This is, after all, an electrified GLA, which itself is not a car that’s overspilling with wanton remarkableness. It’s a deeply whelming car that does the job asked of it, and takes fewer risks than a lollipop lady.

Filling it with batteries – 66.5kWh of ‘em – doesn’t really change that. And that really is what Mercedes has done. Turned on its big battery cannon and aimed it straight at a GLA.

The strategy for the EQ cars has been – and will remain, until the EQS arrives – to adapt platforms built chiefly for internal combustion engined cars to run on electricity, rather than going to the hassle and expense of building bespoke EV chassis that are potentially lighter and more space-efficient – like VW’s ID cars. The bespoke Merc EV masterplan doesn’t truly kick in until 2025 – details here.

This means Mercedes can get a whole fleet of plug-ins up and running quickly and cheaply, but there are also unavoidable flaws.

Such as this little crossover weighing in at 2,040kg – of which 480kg is the battery pack that lies under your feet in the voids where exhausts and fuel tanks once lived. Two tonnes. Ouch.

This small front-wheel drive hatchback is heavier than BMW’s AWD V8 M5 Competition uber-saloon. Keep your roundabout entry speeds modest if you don’t want to be followed around by a 1970s American car chase’s worth of body roll and tyre squeal.

Then there’s where the battery has to live. Because this car can’t swallow a ‘skateboard’ battery layout, they’ve been heaped up under the back seats. And that raises the floor, meaning that while headroom is fine for adults in the back, your knees are around your ears if you’re leggy. It’s like sitting on a Squatty Potty.

You also miss out on bespoke EV boons like a front boot – under the bonnet is a nest of scary-looking wiring and the top of the 187bhp motor. So no, it ain’t quick: 0-62mph in 8.9 seconds and a limited top whack of 99mph. About par with a petrol GLA, y’see.

The cockpit is wholesale GLA. So, while stowage is plentiful, you don’t get the lounge-like sensation of space enjoyed in a Hyundai Ioniq 5, or BMW’s old but still brilliant i3.

That said, a GLA cabin is no bad thing. The screens are ultra-crisp and offer a dizzying array of displays and graphics. Passengers coo with delights at the cold metal turbine vents and the ker-lick of the switchgear.

As usual for a small Benz, the seats feel a tad narrow and undersized, but the driving position is sound and you’re perched usefully taller than an A-Class. So, it’s a handy device in town. Well-sized and easy to place.

What else does the EQA do well?

It’s also fairly efficient. We got 3.1 miles per kWh on the motorway, and 3.6 miles per kWh in town when the re-gen came into play. That means a real-world range – in summer at least – of almost 240 miles (if you were to run the 66.5kWh battery down to flat).

In reality, it’s more like a 220-mile endurance. We previously tested an EQA in the winter and found range dropped (predictably) to around 190 miles. Official claimed range is 263 miles.

The re-gen effect is easily adjusted on the steering wheel paddles – long press one and it’ll default to an Auto setting that judges how much retardation to employ depending on traffic conditions and what sort of road you’re on.

A clever feature, if not entirely foolproof just yet. But having the accessible option of one-pedal driving in town and hyper-freewheeling coasting on the motorway is pleasing and intuitive. This might be a converted ICE-car, but it’s had some attention to detail spent on the user-friendliness.

True, but compared with the EQC, which really feels like a heavy car reluctantly bumbling into the electric future, the EQA is a better all-rounder. Heavy, sure, but it handles relatively tidily, has adequate performance and loo-esque back seats aside, could execute the duties of a small family car without much inconvenience.

For all the details on the various charging performances – and how to navigate the option packs minefield – check out TopGear’s complete EQA review here.

I’ve got a short attention span and skim-read to here. Any good?

It’s far from the most ambitious EV you can buy. Be in no doubt. But look at how the German premium giants have made their EV plays. BMW went for boldness and the i3 hasn’t sold in bulk. Audi’s e-trons and Merc’s EQs are much less radical. These are gently-does it gateway cars on the road to the electric tipping point.